In ‘Experimental Jetset – Superstructure’, co-curators Kate Rhodes and Fleur Watson of RMIT Design Hub, Brad Haylock from RMIT University and Megan Patty from the National Gallery of Victoria (NGV) have put together a show at the RMIT Design Hub that serves as an introduction to Experimental Jetset’s work, but also focuses on its interest in the visual language of the contemporary city and the role of the urban, physical space in 2018.

Founded in Amsterdam in 1997 by Marieke Stolk, Erwin Brinkers and Danny van den Dungen, the studio marked its 20th anniversary last year and the new exhibition brings into focus several of its concerns in the form of a ‘drift’ through four parts of an imaginary city, with distinct Constructivist, Situationist, ‘Provotarian’ and Post-Punk areas.

Here, the studio talk to CR about the approach to the new exhibition, reflect on turning 20 as a studio and discuss their experience of the Melbourne graphic design scene – and how it contrasts to their home city of Amsterdam. 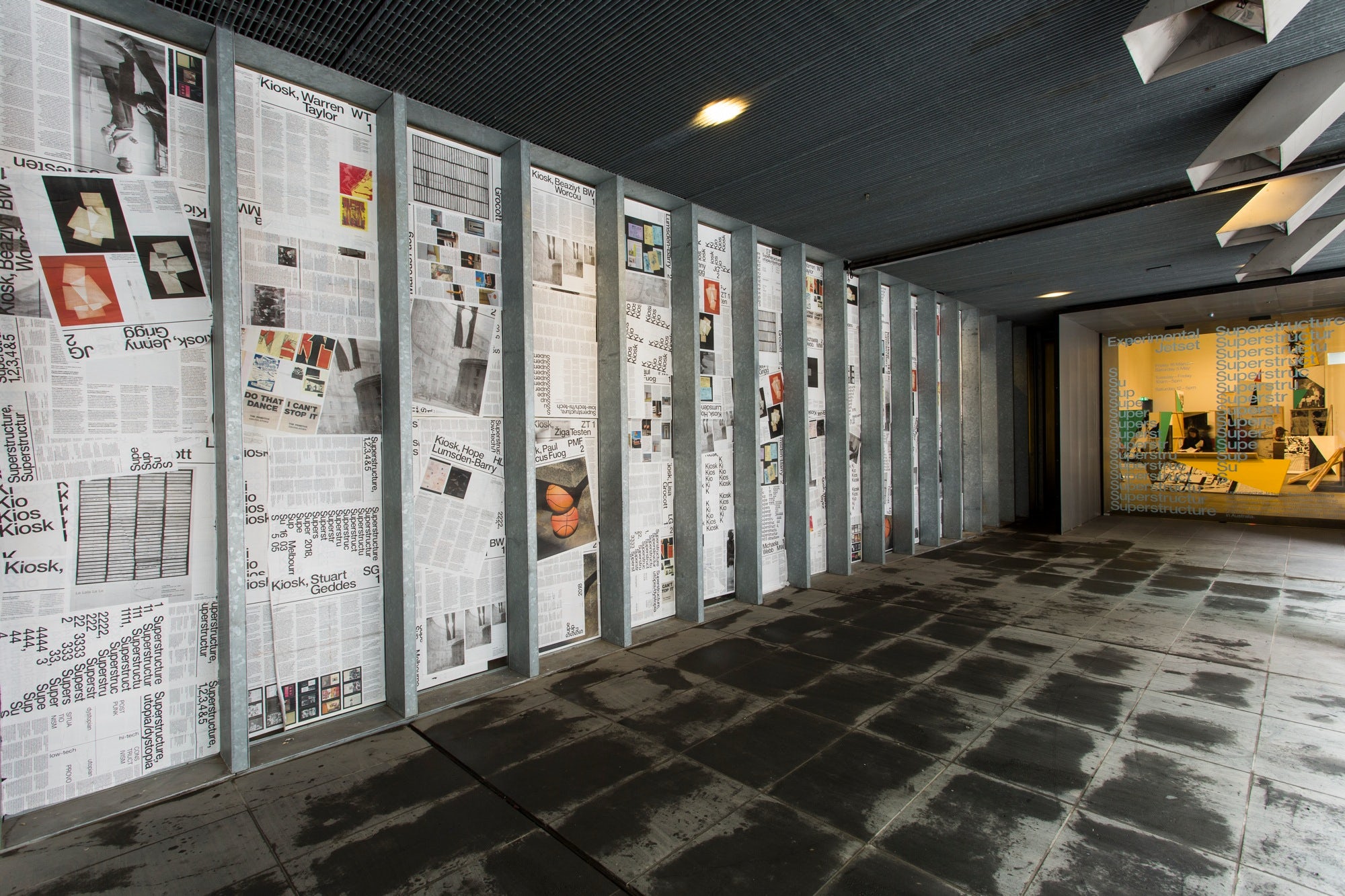