If you were in north London during the spring of 2018, there’s a good chance you would have crossed paths with Enda Bowe on his bicycle. The Irish-born, London-based photographer was eagerly searching for a location as part of a project he was creating for the Flower Laboratory, a platform run by flower stylist and set designer Gillian O’Brien.

Not just any location would do, however. Bowe was on the lookout for an estate with a cherry blossom tree at its centre. “Of course, it’s nearly impossible,” he laughs. After much hunting, he decided to look closer to where he was living in east London, and when he was due to start shooting, by sheer luck he dis­covered the perfect location near the Hackney Marshes. “It was just meant to be, really. It was ten minutes’ walk from where I live, so I could access it any time and be down there all the time developing the project,” he says. 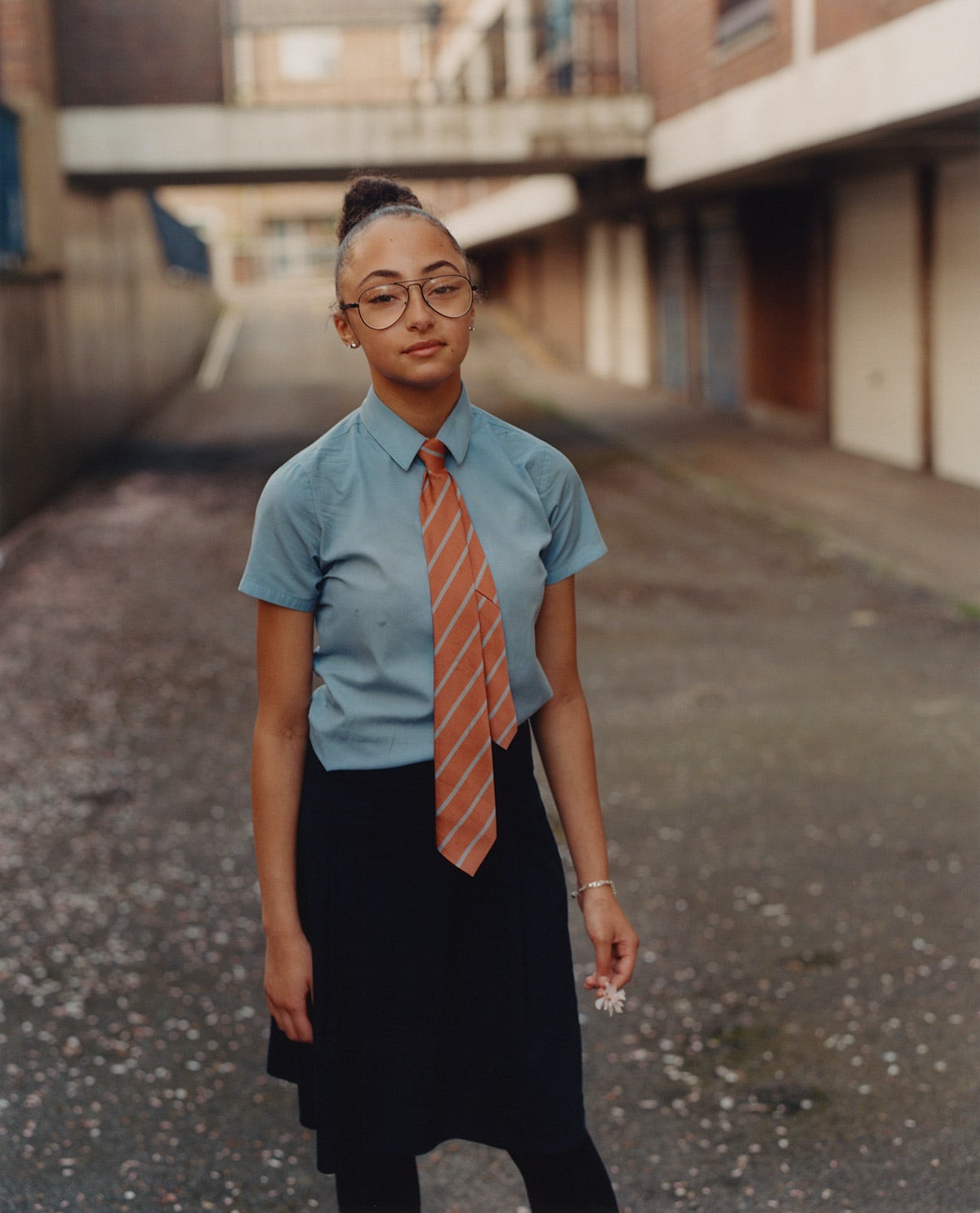 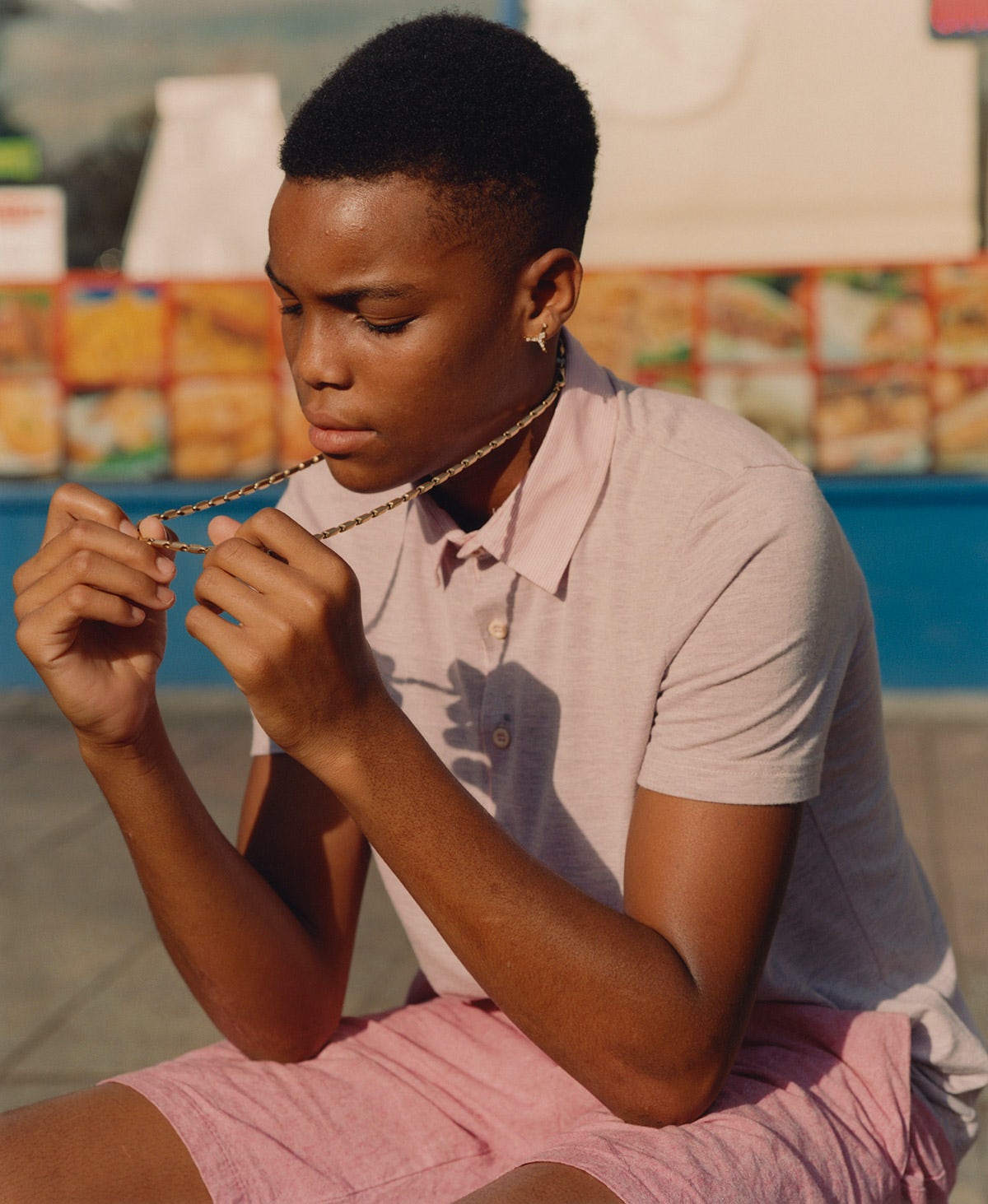 At the heart of the estate was a beautiful cherry blossom tree, which was originally ­going to figure prominently in the images. Yet trying to capture people close to the tree left the images feeling too static. Instead, Bowe symbolised the tree by threading pink tones throughout the portraits: a baby’s bow, the stripe of a shirt, a sweet drink, a girl’s cheek. The colours created a subtle connection bet­ween the images, in homage to Krzysztof Kieś­lowski’s TV series Dekalog, which intertwines the stories of individuals living on an estate.

Summer arrived early that year, and the unexpected heatwave brought with it a sense of liveliness among the residents. “The people’s energy just overcame any of my ideas. My ideas were in the background,” Bowe says. He was captivated by the care and positivity that he saw within the community – the kind where “everybody says hello to each other”. 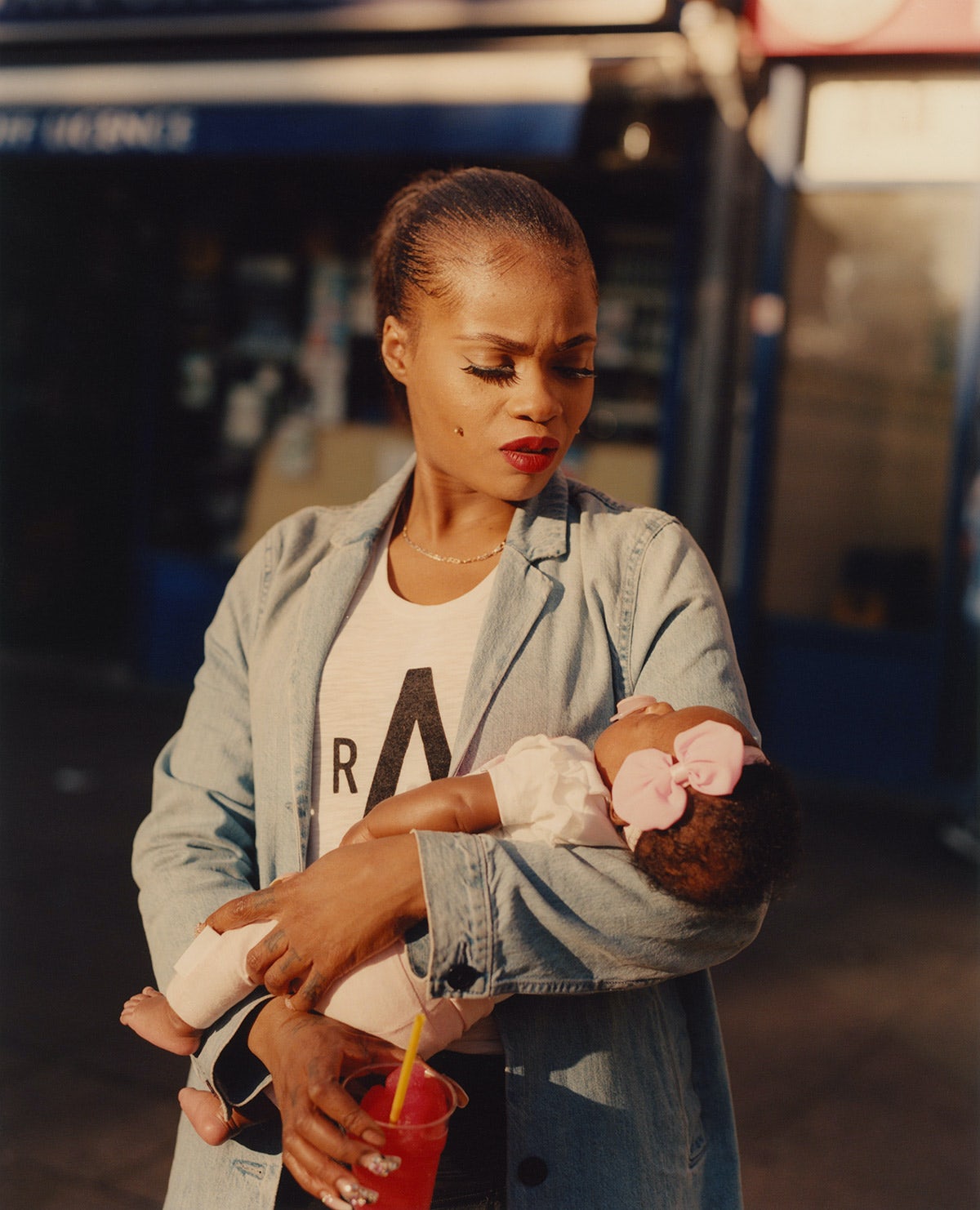 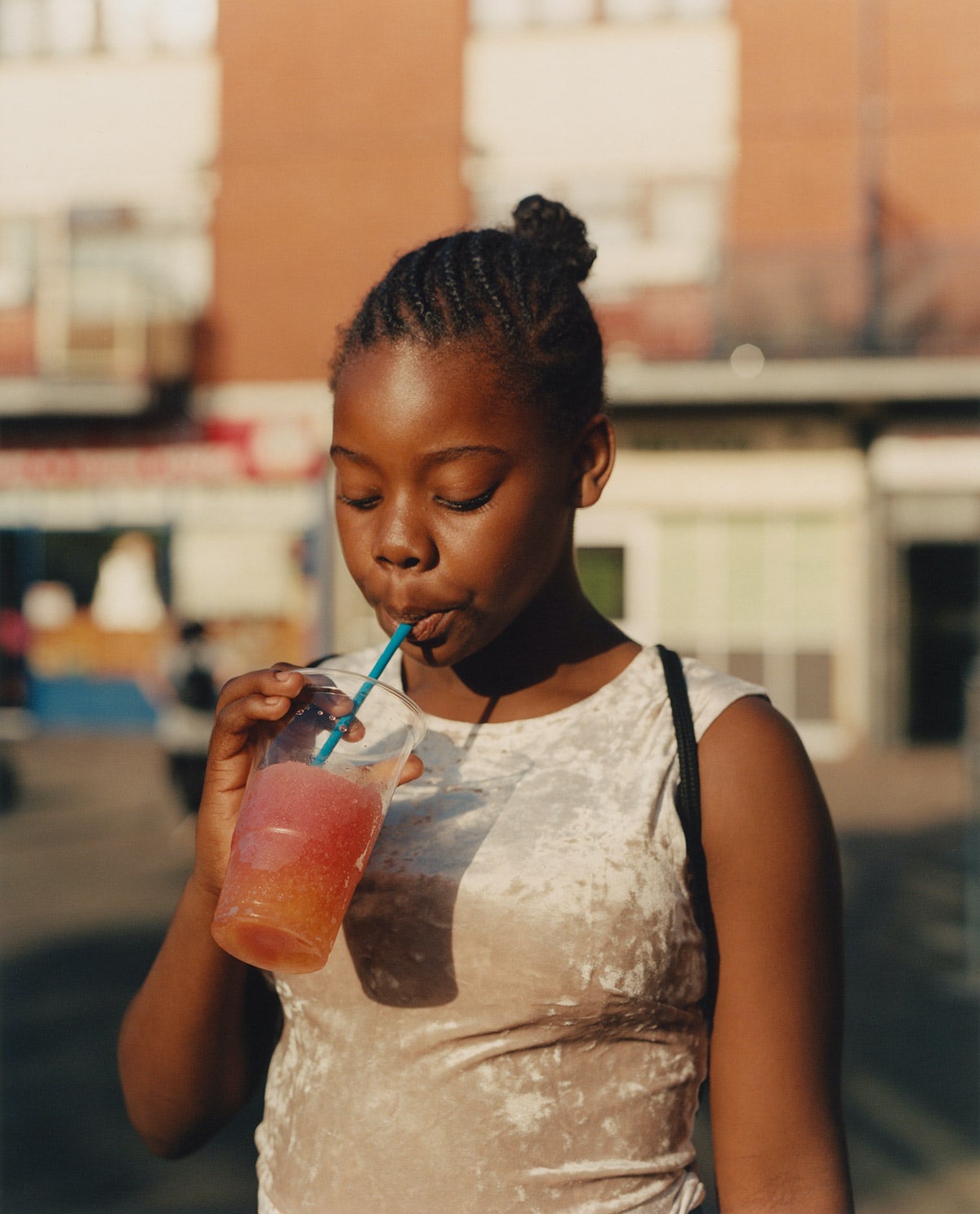 This warmth is reflected in Bowe’s photographs, from the sensitivity of his portraits to the soft palette, which creates a decidedly different narrative to most portrayals of ­estates. “[Irish poet] John McGahern is a massive ­influence of mine – he’s always been searching for the beauty in the ordinary, searching for the light in grey areas,” Bowe says. “That’s how I approach an area – I’m ­going in to enhance the optimism.

“This is a concrete area, it’s a built-up area, so for me it has to have a vibrant colour running through the project to lift the pictures.” Bowe therefore chose to shoot on analogue film from afternoon into the early evening, allowing him to capture the rich hues and powerful lighting during the golden hour.

Estates are too often portrayed with shades of grey, and when you do that, “you’re creating a picture of grimness, whereas I’m focusing on the opportunity in everybody”, Bowe says. “No matter what social background you have, everyone has potential and has dreams. That’s what I’m trying to show in everything I do.” 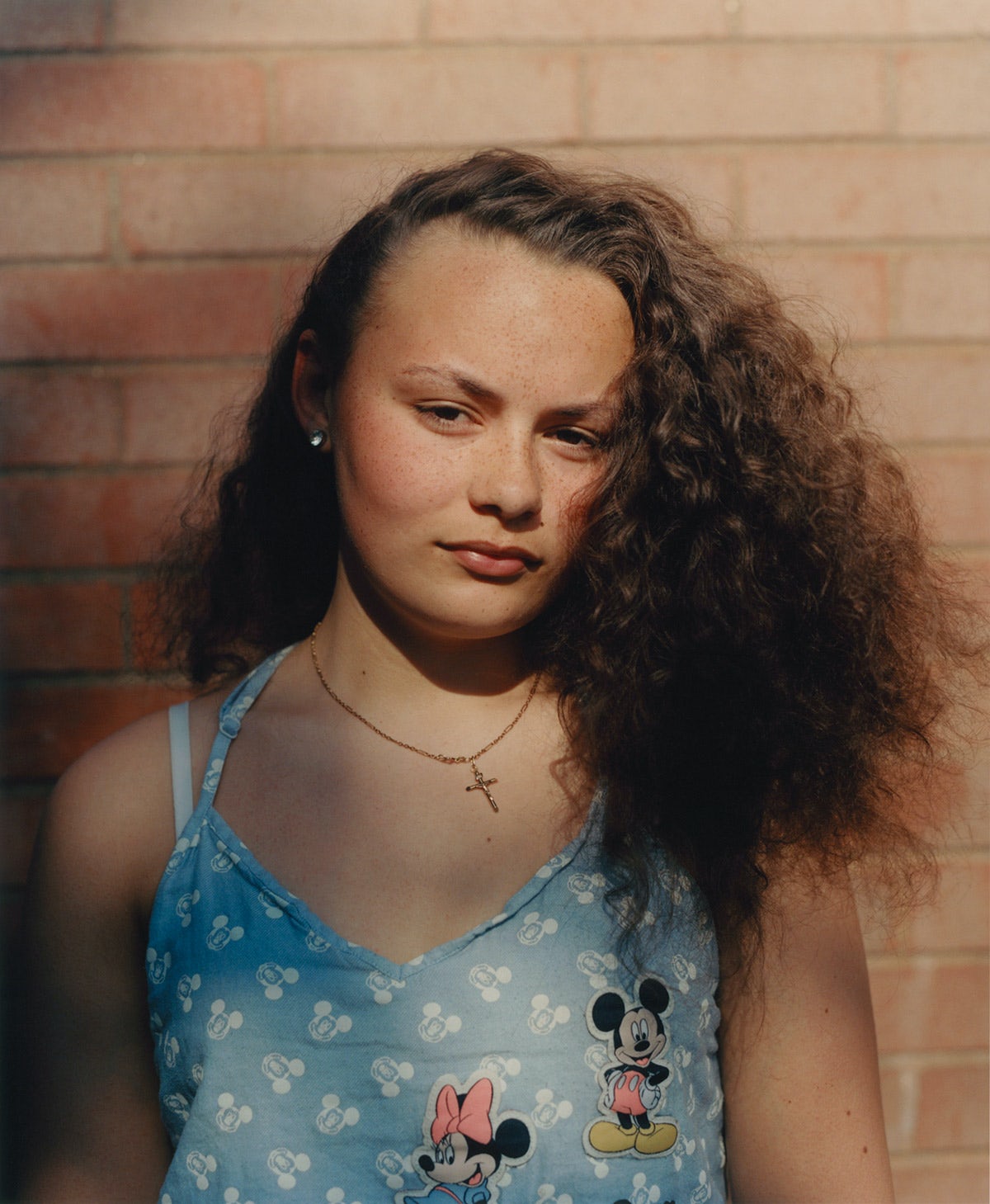 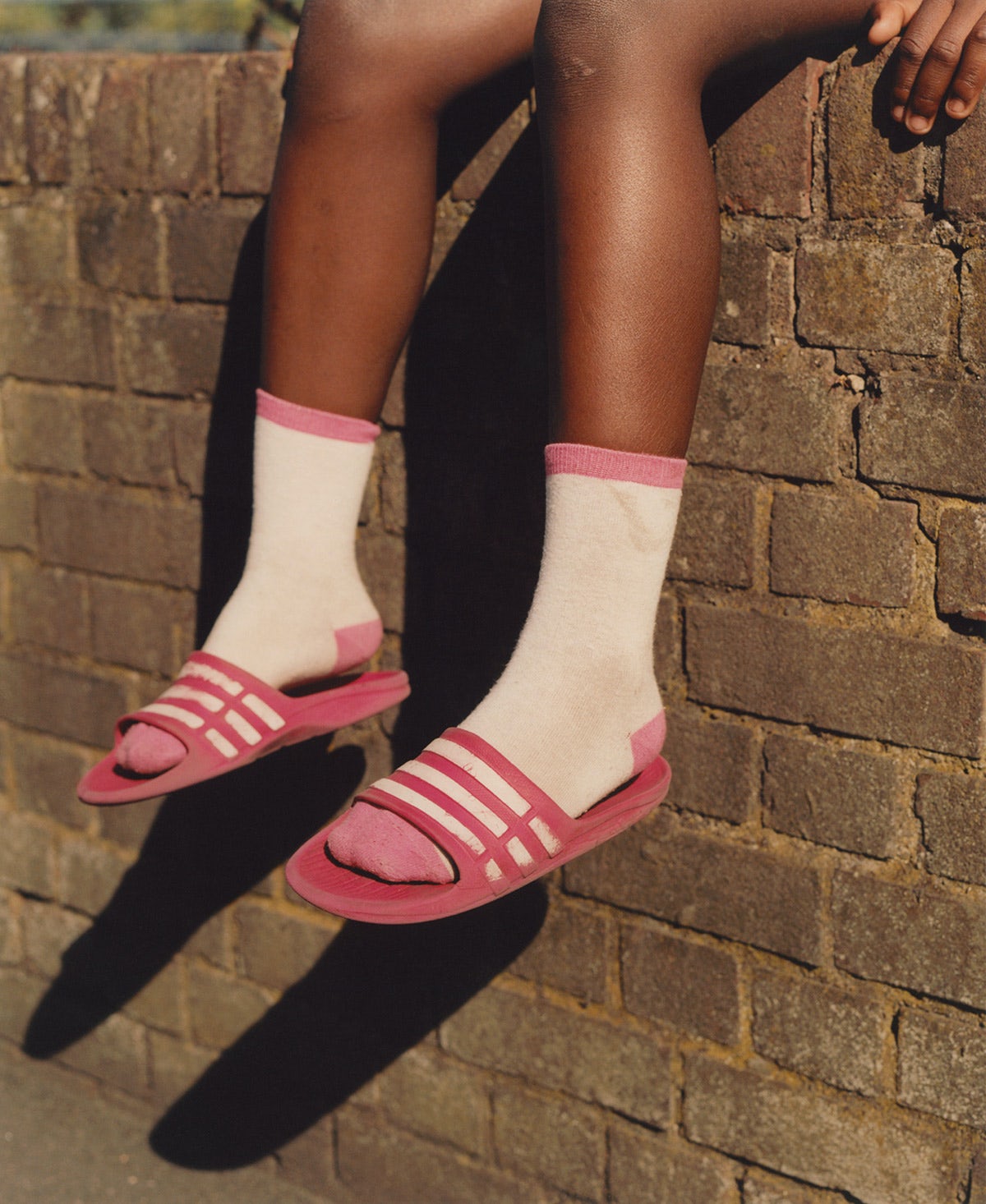