Based in an old coal mining complex in Genk, C-Mine is one of Belgium’s most exciting museums and cultural centres.

This summer marks the arrival of the museum’s new multidisciplinary festival Zomerslag, which features a programme of theatre, dance, music, events and more. 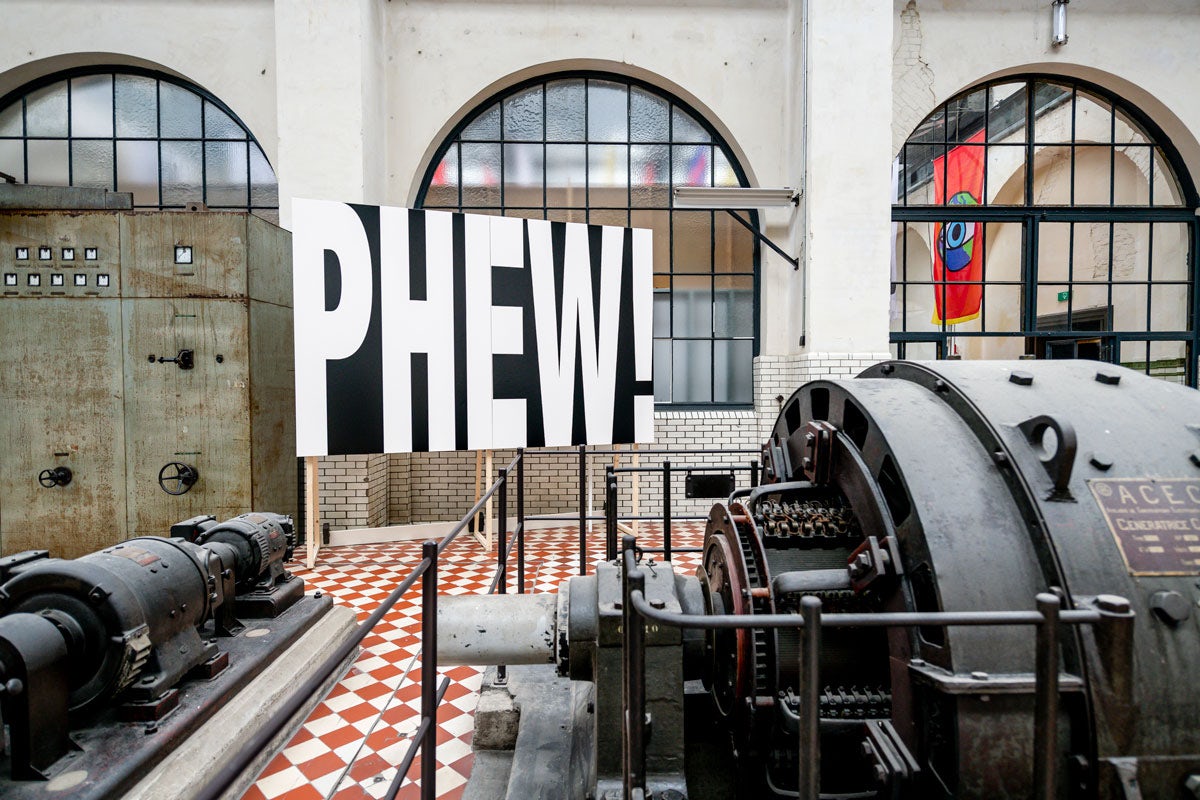 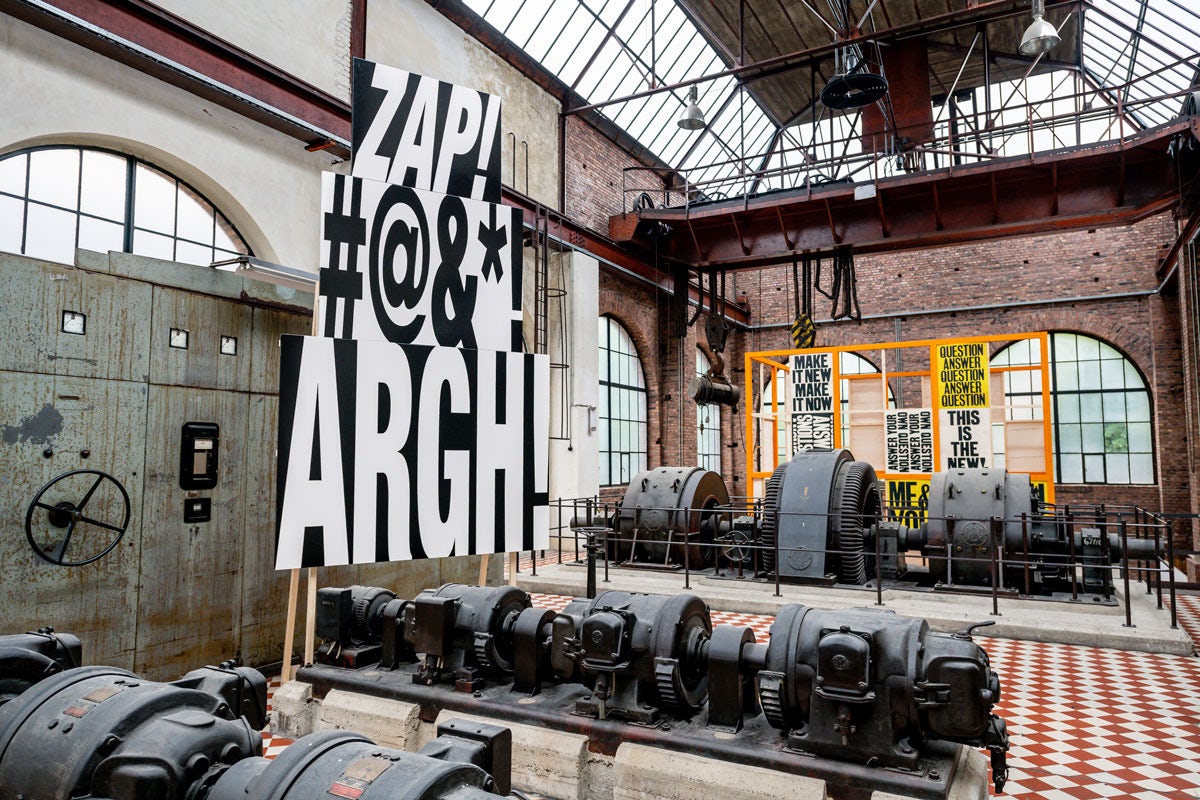 The show sees each designer draw inspiration from the museum’s history to create new pieces, with the work united throughout by a joyful use of colour. 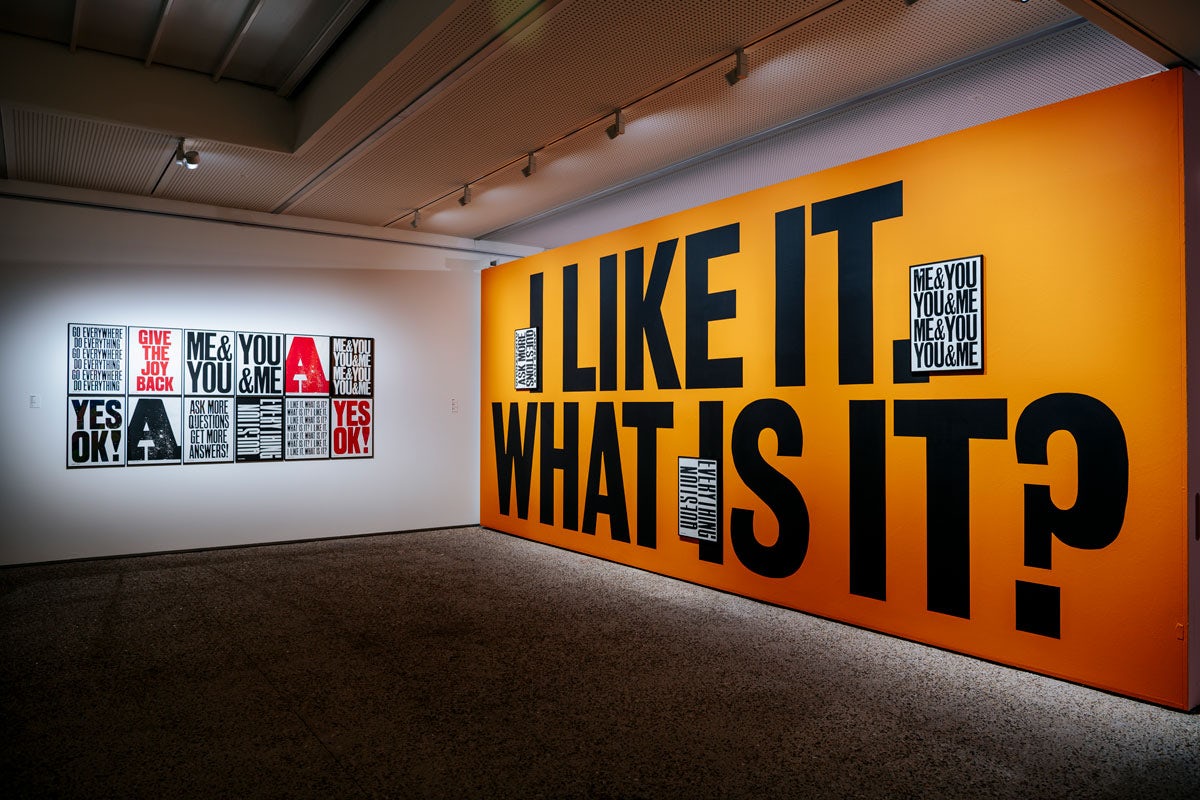 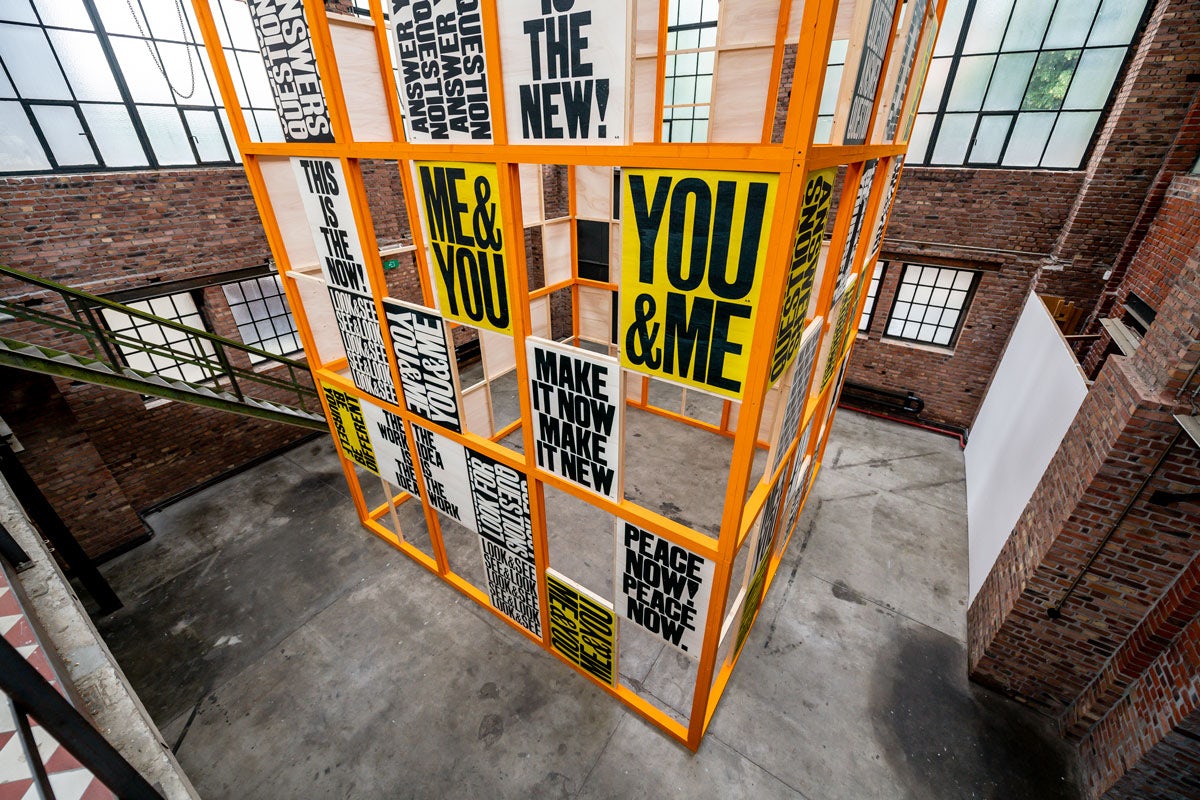 In the compressor hall, an installation by Morag Myerscough (shown top) invites the viewer to contemplate the space from above, while the synergy between the colourful graphic work and the heritage space is also evident in smaller engine rooms and catacombs.

“Shout is C-mine’s graphic-arts playground this summer, allowing five internationally acclaimed artists to do their thing with typography and colour,” says Linsen. “The result is in-your-face: confrontational, but also a lot of fun. It’s a party, and everyone’s invited.” 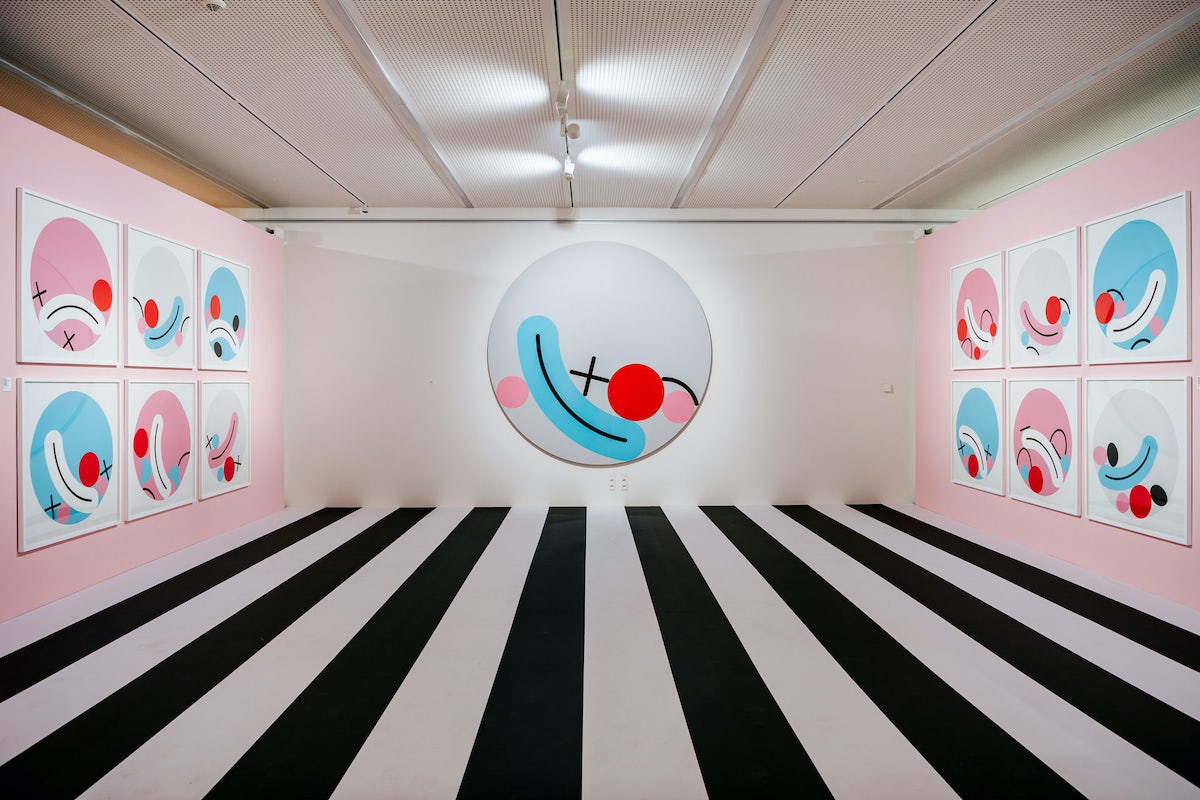 Shout runs until 26 September as part of Zomerslag festival; c-mine.be