CNN has launched an online hub bringing together content from its #AsEquals project – a year-long investigation into gender inequality around the world.

#AsEquals is backed by the European Journalism Centre. CNN has spent the past few months gathering stories from various corners of the world and this content has now been brought together in an online hub designed by Studio MM.

One article on the site explores how women in Lesotho are turning to Facebook to find people who will perform abortions (as the procedure is illegal, going to your local doctor is not an option). Another piece includes interviews with women who have been sexually assaulted during the Hajj – a five-day religious pilgrimage to Mecca.

The site also contains some more uplifting stories about women who are battling against gender inequality and gender norms in their respective countries – from an all-female TV news team in Afghanistan to a successful female drummer in Kenya. Activists Memory Banda and Leymah Gbowee have written opinion pieces on child marriage and meaningful activism and there are video interviews with female political leaders as well as the UN’s Deputy Secretary-General Amina Mohammed. 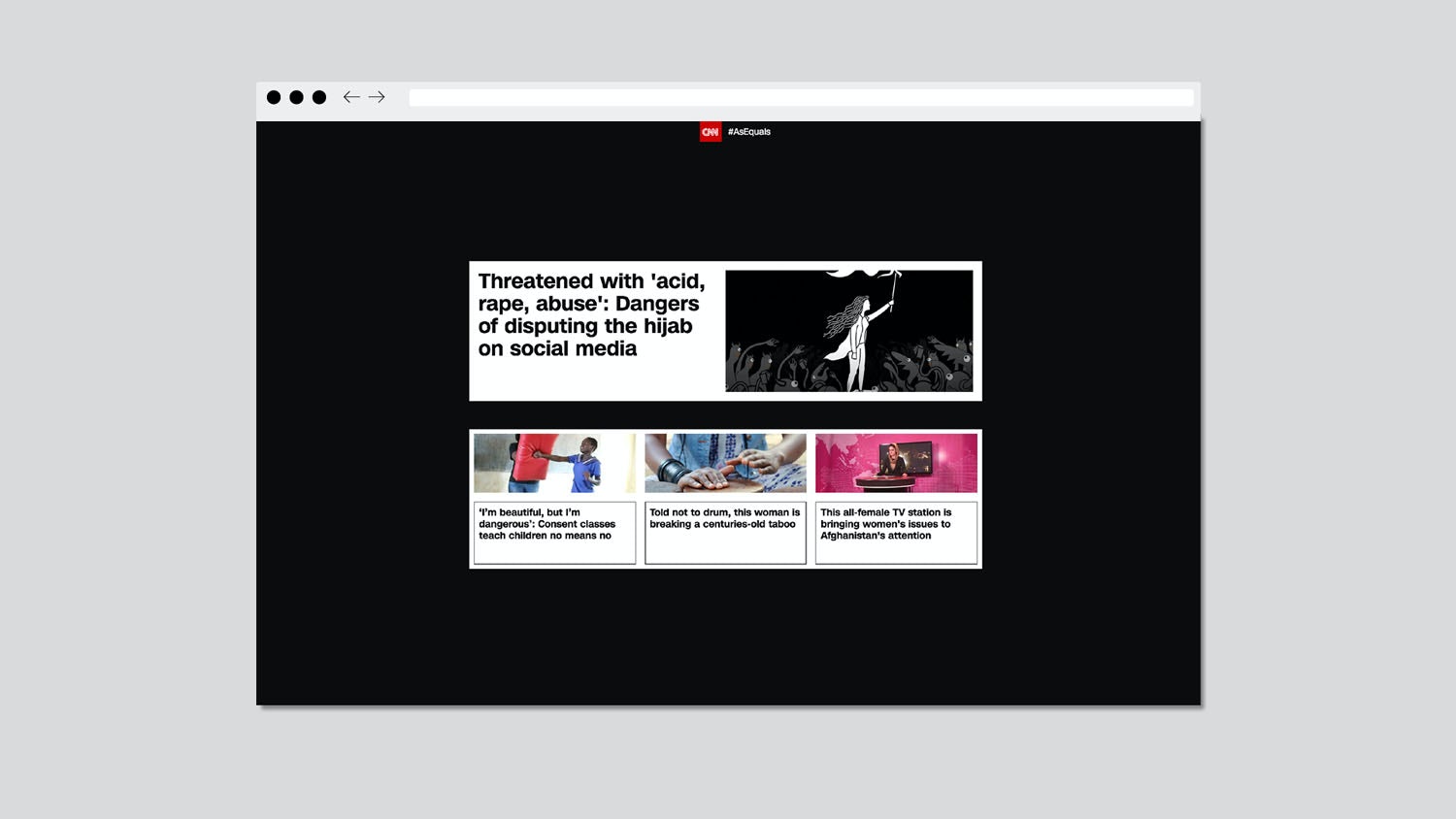 “We used the = symbol as the basis for the logo as it is an internationally recognised symbol,” explains Studio MM co-founder Madeleine Penny. “Part of this brief was to affect change in the LDC (least developed countries) meaning the brand had to be translatable across all languages. We also considered how we could turn the = sign into a graphic language. We used it as a tool for infographics and storytelling and the basis for the layout across the #AsEquals site.”

The studio also designed the landing page and individual articles. The landing page sits within CNN’s website but has a distinctive look and feel. “Our brief was to create a brand that was inclusive – that would appeal to a male and female readership,” explains Penny. 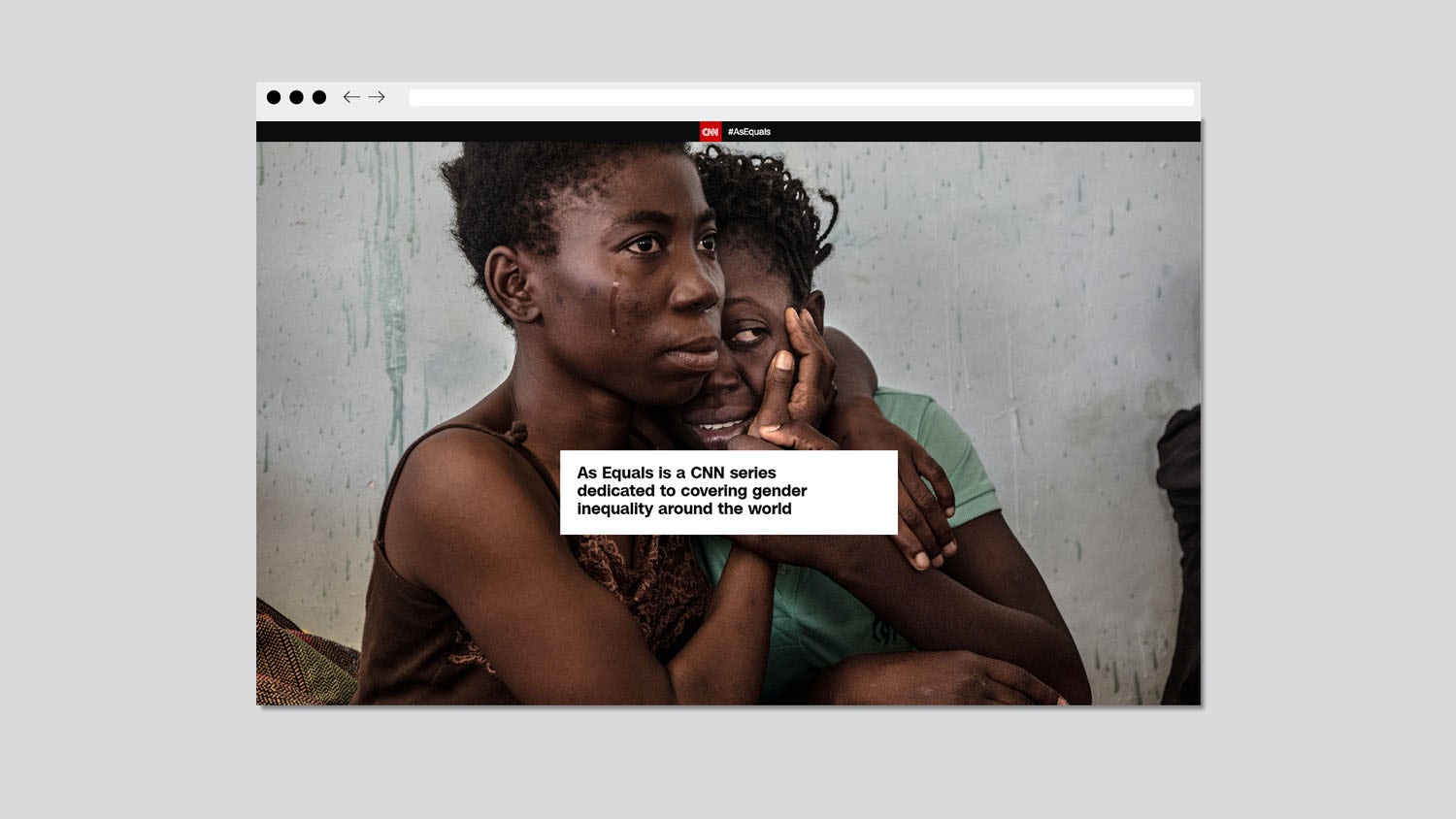 It is refreshingly free of pink and features vibrant illustrations and photographs: “We chose a colour palette that was hopeful, gender neutral, and bright. We avoided pinks, purples and pastels as we thought it might patronise a female audience and alienate a male one,” adds Penny.

The series includes a mix of harrowing content as well as more positive stories about change and progress – and Penny says the design had to reflect this.

“The pieces are hard hitting and shocking, but as long as we are talking about these subjects we are giving hope to change. These sorts of stories tended to be buried at the bottom of the news agenda across media organisations. Now, CNN have built an entire editorial series dedicated to talking about gender inequality around the world,” she explains.

“We used colours that spoke to that energy of defiance, bright greens, reds and blues. The palette and design is evolving – it’s an ongoing editorial project so we need to adapt as we are faced with new stories.”

The project is a great example of how animated elements and full screen imagery can combine to create a rich reading experience – even within the constraints of an existing website. Animations in an article about Facebook and abortions show an exchange of messages between a woman and someone offering to perform a termination – a clever way to illustrate a hard-to-visualise story. Jordan Andrew Carter has also created some vibrant illustrations for Op Ed columns.

“These stories can be difficult to encourage readers to engage with,” explains Penny. “As with any product, you find ways to creatively engage – from illustration by Nathalie Lees to tell the story of women buying dangerous abortions on Facebook to larger autoplaying videos to create a cinematic experience. However shocking these pieces of content are, we have to find ways to tell them. The Whatsapp messages in the Facebook abortion story are a good example of this. It’s a long read piece, but those pieces of content really jump out and give energy to the piece, drawing you in.” 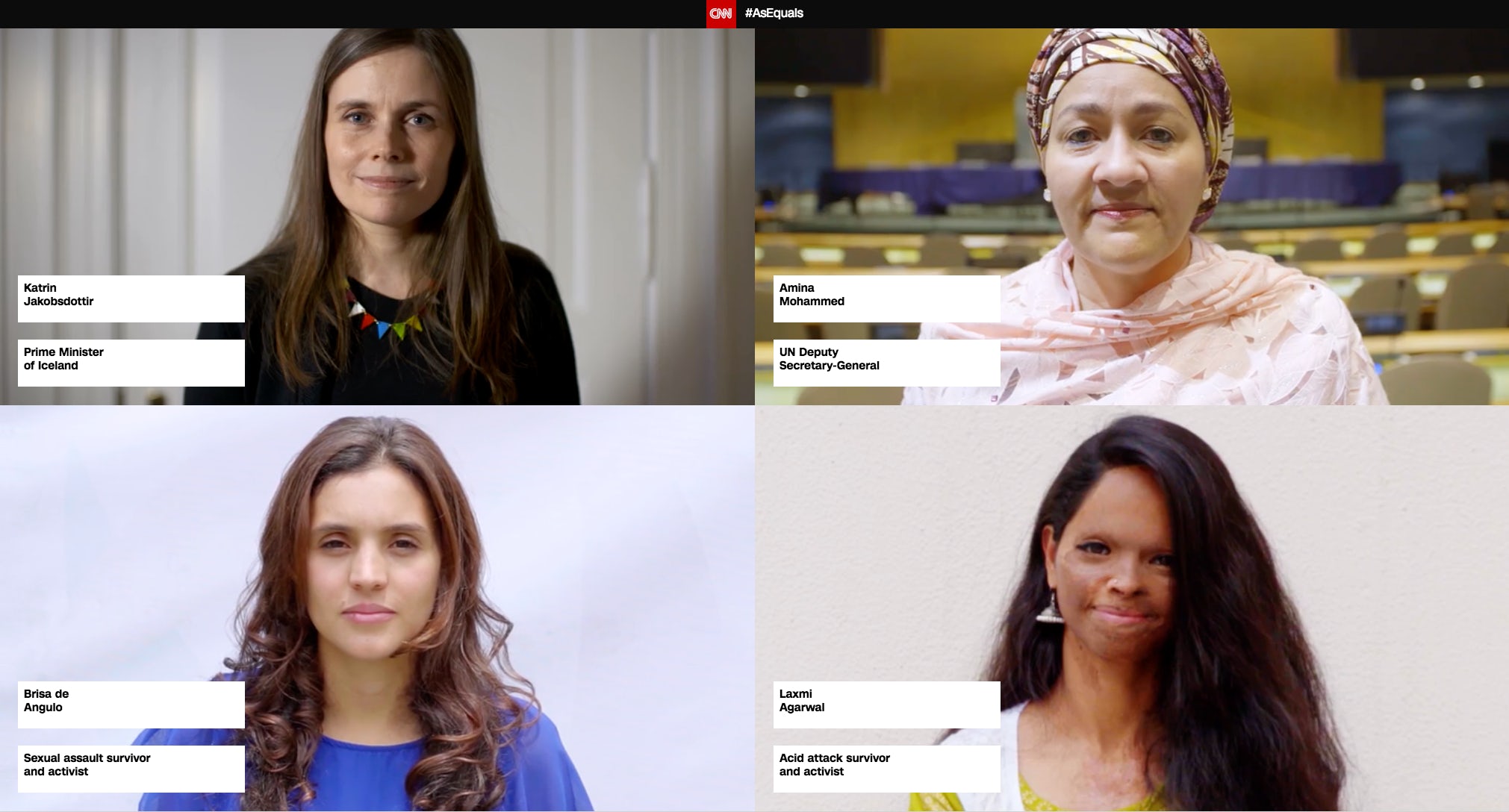 Content is optimised to work on various devices and load on any internet speed. CNN hopes the site will raise awareness of gender inequality and spark debate in countries where woman do not yet have equal rights.

The project is already having some effect – an article about a woman who was stripped and shamed by police officers in Malawi was republished by local press and prompted a wider discussion around sexual harassment and gender-based violence in the country. Another on child marriages in Yemen was recently quoted in UK parliament.

You can visit the site here or see more of Studio MM’s work at studiomm.co.uk