Described as the ‘hug’ logo, the new wraparound appearance of the identity was inspired by its positioning on packaging including cans and bottles. The new campaign was created by Wieden + Kennedy London with KnownUnknown, a global network of independent talent, brought in by Coke to craft the visual look, including all photography, animations and illustrations.

It is part of a wider launch by Coca-Cola of a new tagline, Real Magic, the first change for the brand in five years since the arrival of its Taste the Feeling tag in 2016. While it links to the brand’s most famous line, It’s the Real Thing, the new copy also aims to highlight the need to connect in troubled times.

“We’re at an inflection point,” said chief marketing officer Manolo Arroyo. “The last 18 months have disrupted every aspect of life and presented us with a once-in-a-generation choice to go back to a binary, black-and-white way of seeing the world or help make the world a better place. Real Magic is about creating a movement to choose a more human way of doing things by embracing our unique perspectives.” 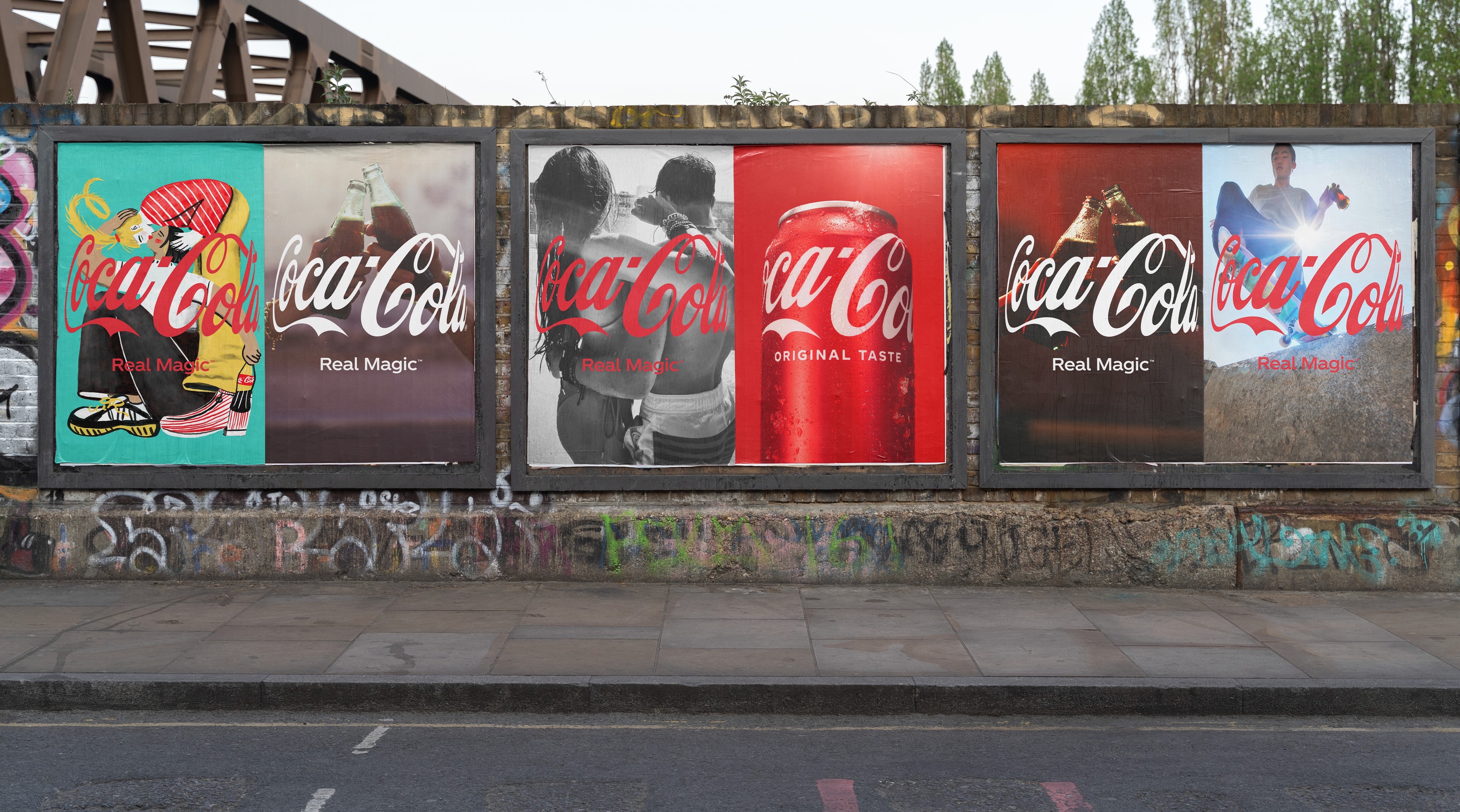 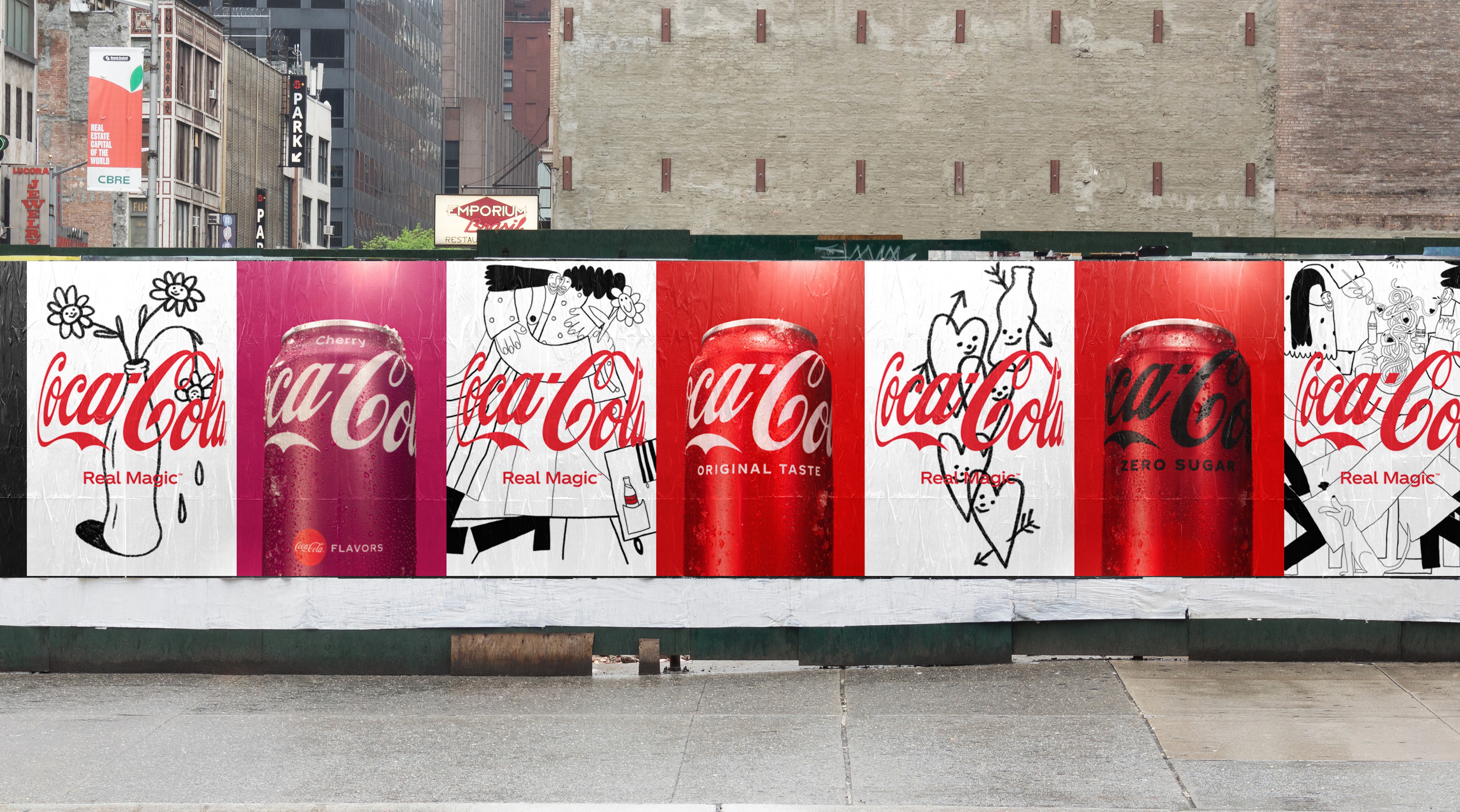 This is perhaps a lot to ask from a soft drink, but the simple but striking new posters, combined with the bold use of upbeat illustration and photography makes the work stand out.