In an attempt to spread some happiness and hope following an appalling year, this new campaign by 72andSunny Amsterdam sees the creation of a set of limited edition packs of Coca-Cola Original Taste, Zero Sugar and Diet Coke/Coca-Cola Light where customers can write their positive messages for what will hopefully be a better year ahead.

The campaign is a follow on from Coke’s ad from last summer starring George the Poet, Open Like Never Before, which envisioned new ways of living and thinking post-pandemic. As well as the cans, for this campaign, 72andSunny Amsterdam has created a series of short, light-hearted ads featuring ideas of the kind of resolutions people could make (a long version combining them all is shown below). 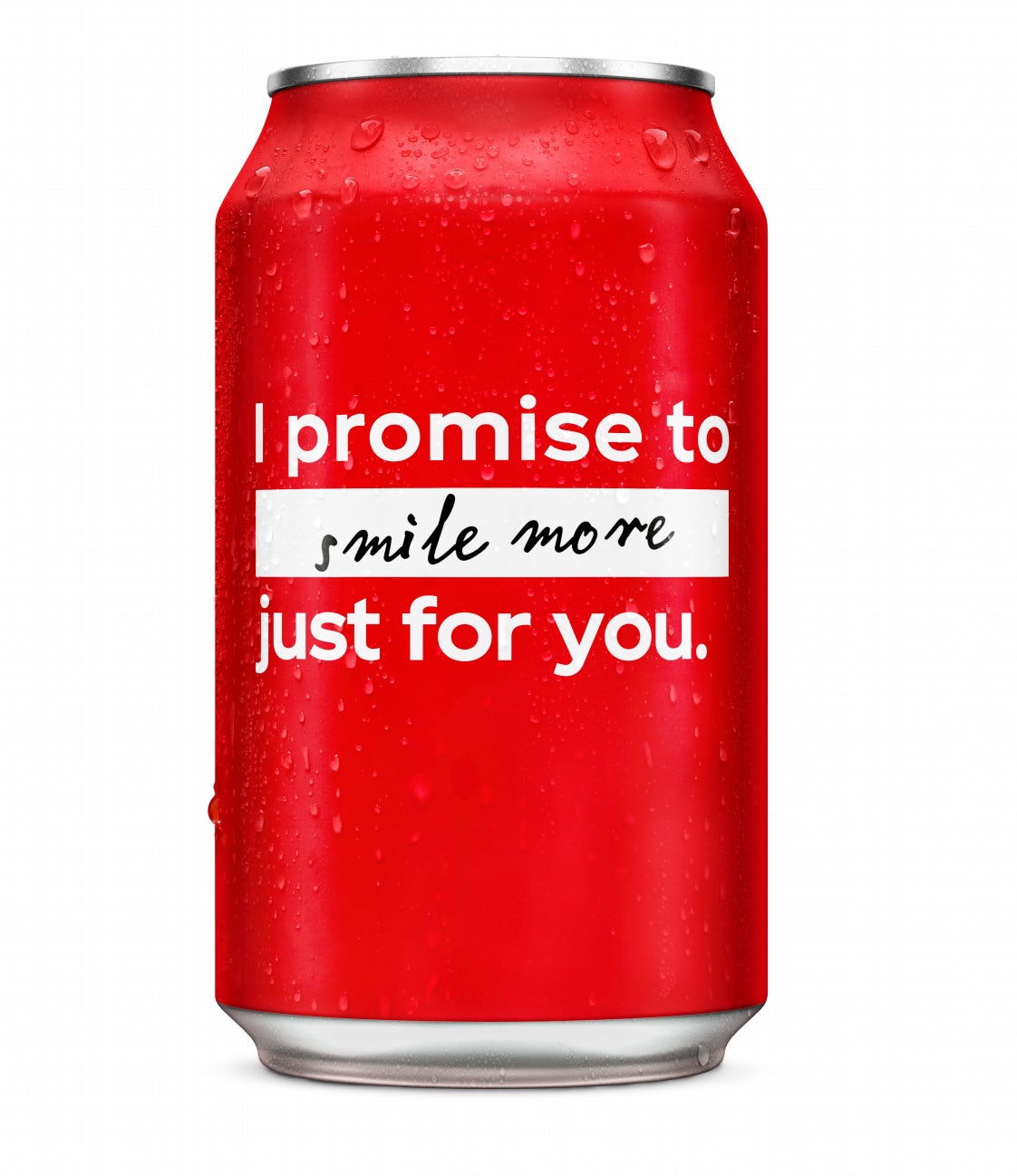 In addition to buying the packs in-store, consumers in Europe can buy a personalised can of Coca-Cola Original Taste or Coca-Cola Zero Sugar through a new online store, which can be sent direct to loved ones (or to your own home, natch). Shoppers can also buy cans featuring the resolutions of celebrities including Katy Perry.