With sealife under immense threat and pressure mounting on FMCG brands to eliminate single use plastics, the war against waste is well and truly on. One of the world’s foremost soft drinks producers, the Coca-Cola Company, has come under fire in recent years for its contribution to the global waste crisis. Last year, Greenpeace – longstanding critics of the group – reported on a waste audit across 42 countries; Coca-Cola plastic rubbish was found in all but two countries.

As part of its efforts to change for the better, Coke has teamed up with Publicis Italy on a series of billboards intended to encourage recycling and make the process of separating waste that little bit easier for the public. The campaign cleverly repurposes Coca-Cola’s instantly recognisable branding – including the classic ribbon design – as eye-catching wayfinding signals that indicate where people can recycle their packaging. 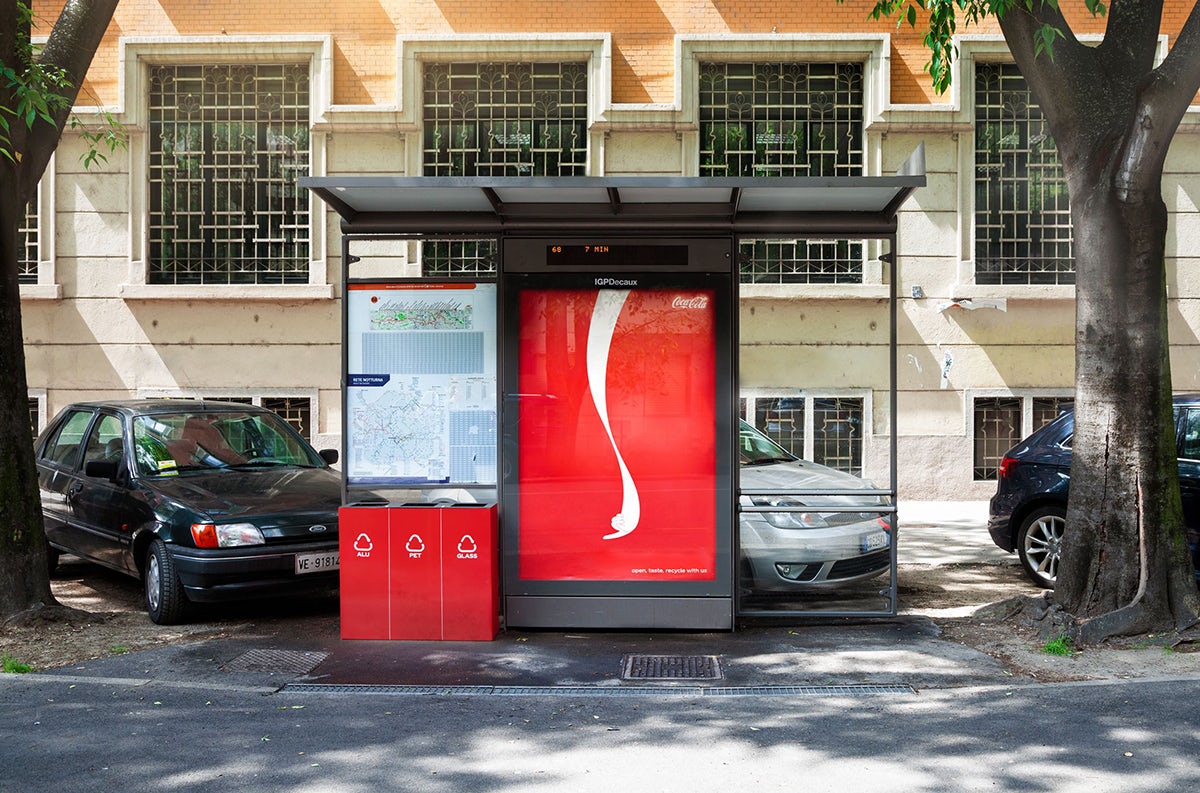 The billboards have cropped up in cities across Central and Eastern Europe, as well as at the Coca-Cola-sponsored music event Happy Energy Tour, which takes places across Bulgaria from now through to September.

The campaign is based on reports that separate collection – where recyclables are sorted depending on their material, which leads to better quality recycled output – increases by “141% just by making the appropriate bins easier to find”. The move is part of Coca-Cola’s pledge to make all of its packaging fully recyclable by 2025, as part of the Ellen McArthur Foundation initiative that also involves brands removing unnecessary packaging, switching from single-use plastics, and increasing the amount of plastic that is re-used or recycled.

Of the 150 brands who have officially pledged their commitment to the goal, many are still reluctant to disclose details about their plastic waste levels – however Coca-Cola has owned up to its role in this, revealing that it produces 3 million tonnes of plastic packaging a year. Other high ranking multinationals include Nestlé and Danone, which produce 1.7 million tonnes and 750,000 tonnes of plastic per year respectively. 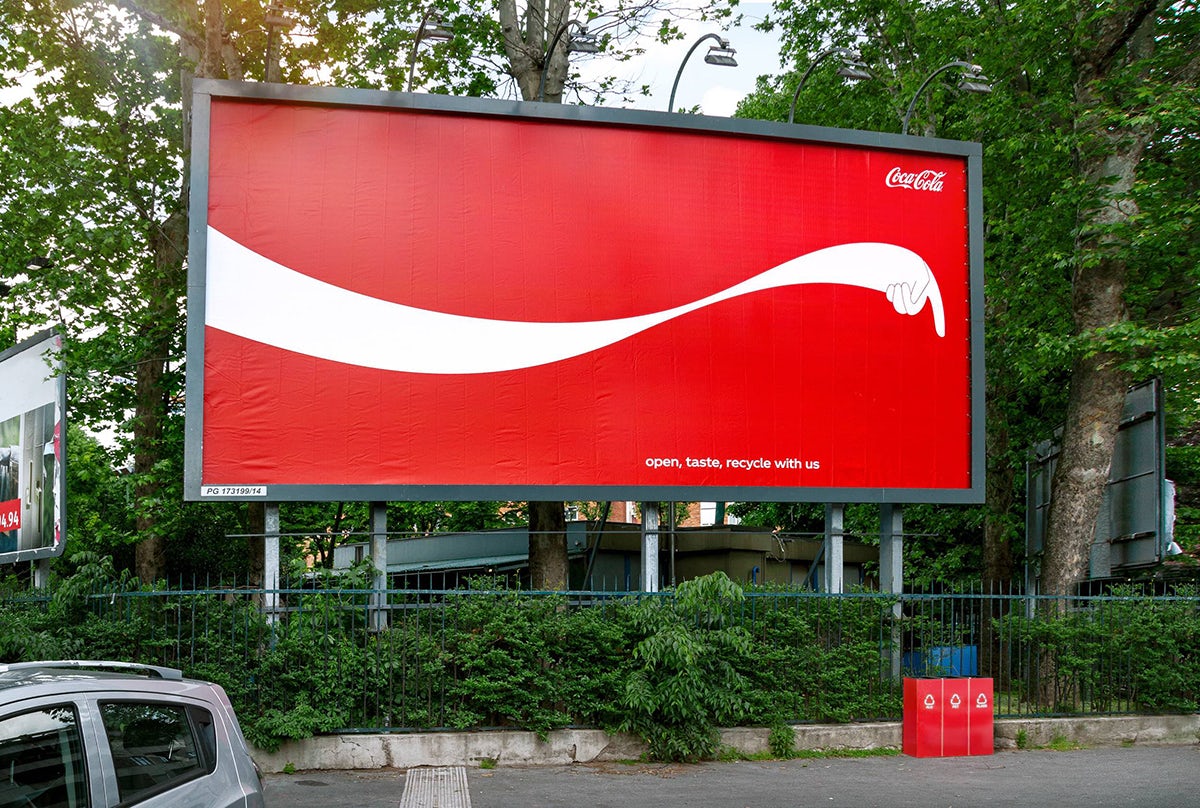 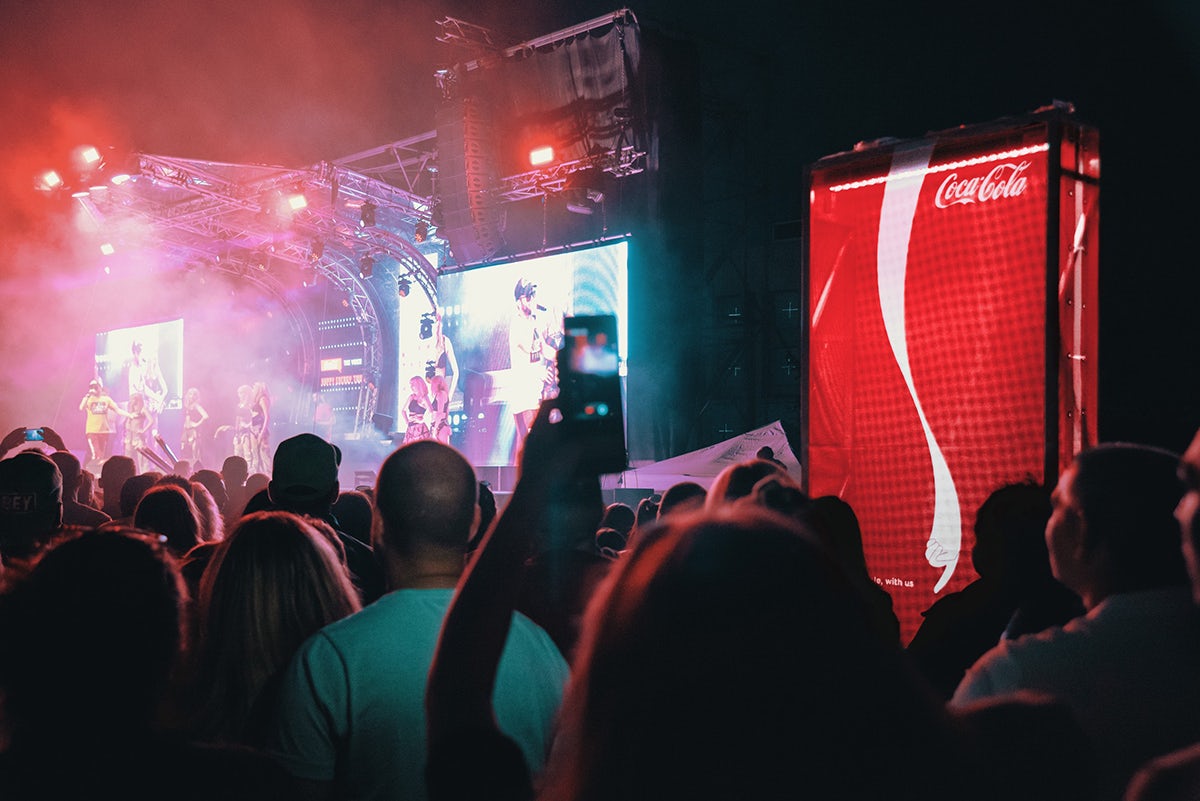 The changing face of ecommerce

Saiman Chow on maintaining freedom in your work

The Glue Society’s mag is “a portable vessel for art”