“The idea came from a crowded city in southern China,” says animator Yuanqing Cai. “And the story is quite simple. One night, a man wants to sleep, but his roommates keep making noise. All. The. Time.”

Titled Coffin, the animation Cai has created with Nathan Crabot, Houzhi Huang, Mikolaj Janiw, Mandimby Lebon, and Théo Tran Ngoc, form the group’s graduation film from Parisian animation school Gobelins. “In the beginning, it was just the three of us, Mikolaj and Nathan and I. We had an idea at the beginning not to deliberately pursue a huge story or big philosophical stuff because we only had a few minutes,” explains Cai. “It wasn’t realistic, and we weren’t really able to shock everyone with an epic story. So we preferred to focus on the abstract emotions of the characters.”

With the simple plot focusing around a man trying to sleep in a crowded room, Cai and the team found it easy to imagine all the kinds of noises that would keep the protagonist awake. The key was to amplify these noises and to visually show how disruptive the seemingly harmless hubbub was.

“The noise from the TV and the toilet, or just general noise in the apartment, are a disaster for this man! To him it seems like the football player on TV is playing in his room, when the toilet flushes the sound is like a tsunami,” says Cai. “After a whole night of torture, it seems the only way to get peace is for the protagonist to die in his sleep. Finally he falls asleep and a new torturous day begins to repeat itself.” 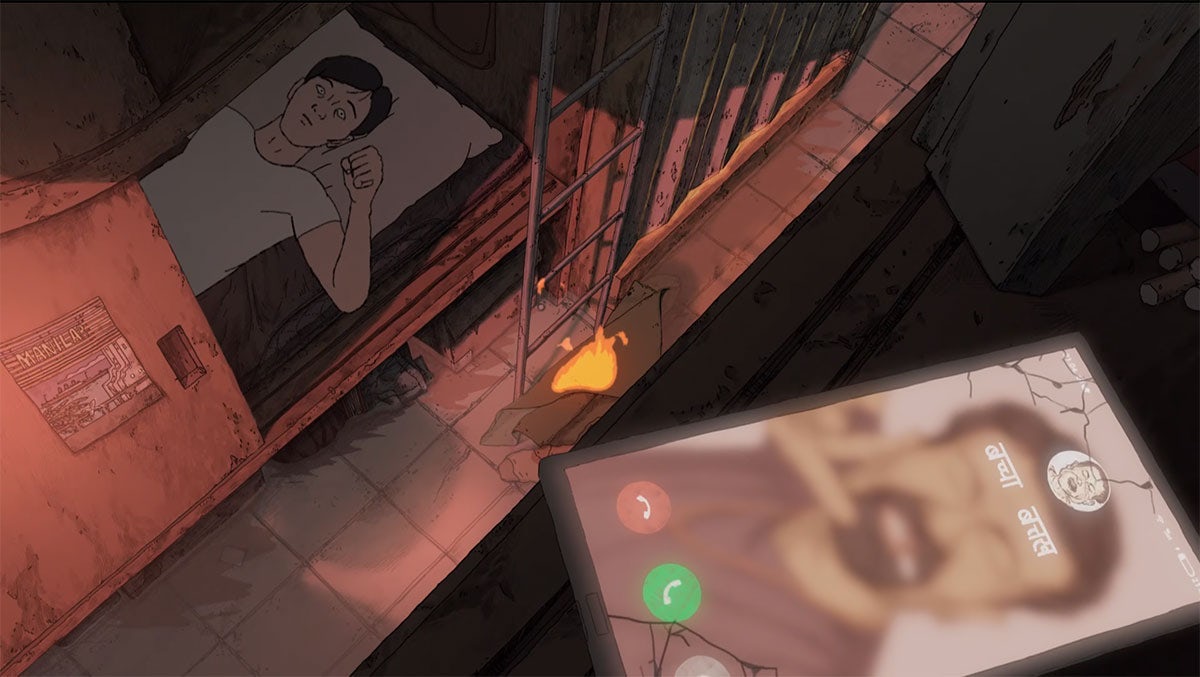 Cai was responsible for the background design, storyboard and colour script. Huang took care of some of the animation and background design. Janiw was in charge of 3D modelling and layout plus post-editing and technical issues, with Lebon, Crabot and Ngoc working on the animation overall. “It was both painful and happy,” says Cai of the working process. “When we worked together, we argued every day, but the film went quite smoothly in the later stages, and it was still very fulfilling to look at the finished film.”

The animator is honest about the difficulties of creating a film with a team of people, in particular the fact that you have to listen to everyone’s opinion and everyone usually has something to express. “Sometimes it turns out that when we present our respective points of view, we may all be right, just in different directions,” reflects Cai. “And it’s often very difficult to give up your own point of view and accept someone else’s directly. So arguments were a frequent occurrence. To be more precise, the biggest challenge was the slow progress caused by quarrels.” 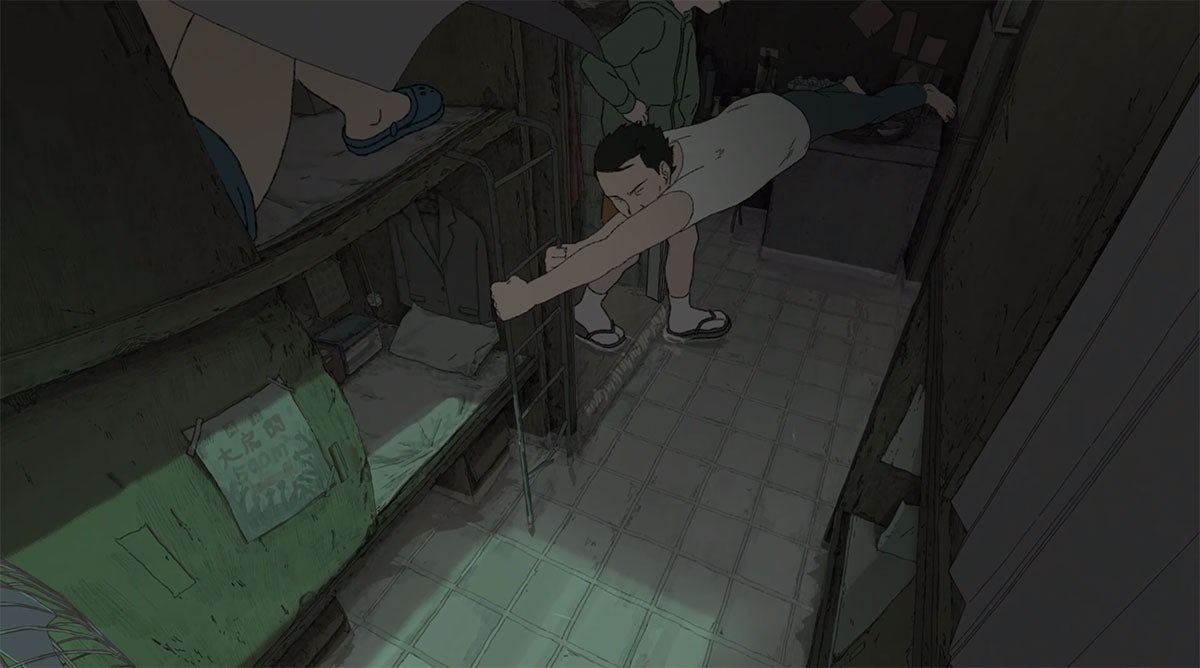 Despite the tension the team are pleased with how the film captures the feeling of being trapped in your own house, and the big impact small noises can have when living in close quarters. As a viewer, especially carrying the experience of lockdown, it feels exceptionally relatable and the dark aesthetic and clever sound design only adds to the claustrophobia they’ve created.

“For me, what I value more than anything else is the style of storytelling,” says Cai. “Like Masaaki Yuasa, who is my biggest influence, we are trying to tell stories with detailed animation. I want to continue to show the difference between animation and live-action, so I hope to continue to look for opportunities to make my own short films.”

Though the graduates are now working on separate projects, Cai is hopeful they’ll come together again. “I’m sure we would still work together if the opportunity arose,” he says. “They are all such great animators.”