Since 2016 Christopher Spencer’s Twitter account has been a lifeline for many people in the midst of our tumultuous times. Better known by his pseudonym Cold War Steve, the artist specialises in surreal, satirical collages that reflect the post-Brexit, post-Trump world we live in – with a dash of Eastenders’ Phil Mitchell thrown in for good measure.

Before coronavirus came along, the beginning of 2020 was supposed to mark a nationwide tour of pubs, hairdressers, village halls, libraries, shops and front rooms for Spencer, as part of his You, Me and Cold War Steve do-it-yourself, downloadable exhibition. 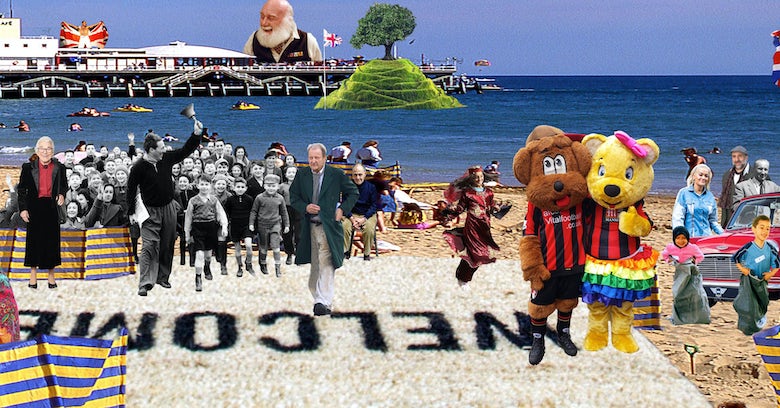 In light of the pandemic, the tour has been reimagined as Cold War Steve Meets the Outside World, a series of social distancing-friendly outdoor artworks dotted in various locations across the country.

The tour started last month with an open-air exhibition at the Riverside Country Park in Kent, which saw 11 large-scale pieces of art form a surreal nature trail. And straightaway it proved controversial, with one artwork, featuring Wetherspoon’s pub chain owner Tim Martin, thrown into the river.

Meanwhile, a super-sized jigsaw artwork titled Trumpscape – featuring an apocalyptic vision of Trump’s America in the age of Covid – has been put together on-site in Liverpool city centre. And a giant version of the Cold War Steve postcard editions mounted on a narrow boat is set to sail from Spaghetti Junction in Birmingham to Coventry Canal Basin from October 9.

Finally, visitors to Boscombe Beach in Bournemouth will be met by a 25-metre-long curved windbreaker this month, which features a number of local characters along with the artist’s classic fodder of bumbling politicians and celebs. 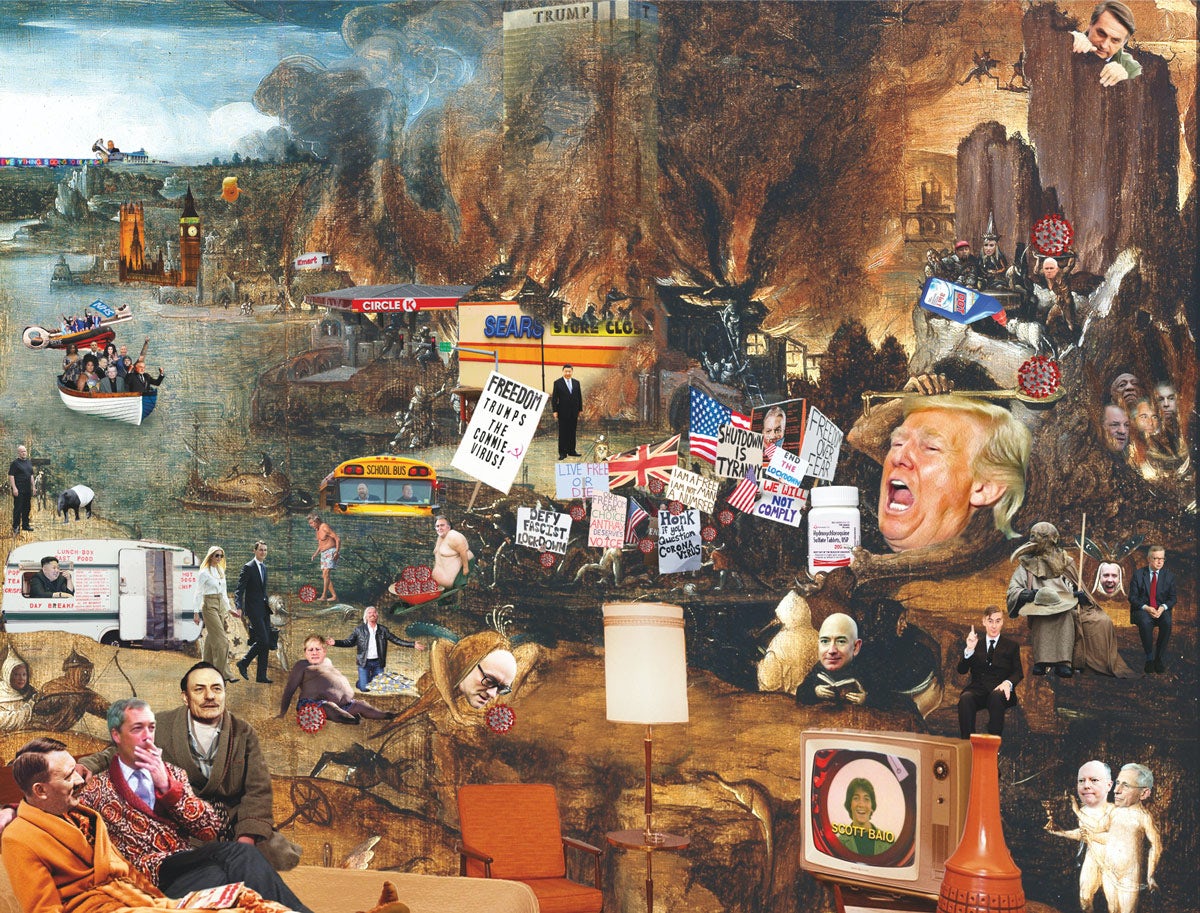 The Bournemouth artwork hasn’t been without controversy, however, as Christchurch and Poole Council have refused to display the second, darker side of the double-sided diptych in public.

“It is a celebration and hopeful piece about the UK looking at the values that make us great – inclusivity, compassion, diversity, charity and creativity – whilst the censored ‘other side’ deals with the dark underbelly of our society, the movements of intolerance, hatred and division, issues that should never be ignored, let alone covered up,” says Spencer of the Bournemouth artwork.

A giant jigsaw of Donald Trump by @Coldwar_Steve is taking shape on the Pier Head ????

While intended to be a satirical take on the world around us, the mixed reaction to Spencer’s new series demonstrates society’s ongoing culture war problem – highlighting the difference between posting images within your own social media bubble and displaying them in a public place where they might reach a wider audience with varying views.