New York-based filmmaker Colin Read first gained recognition in the skateboard filmmaking world, gaining a cult following for a handful of award-winning independent films including Spirit Quest in 2016. Since then, Read has shifted into the commercial and music video world creating videos for Radiohead, Converse, and Viceland to name a few. His latest venture is a music video for Walls, the latest single from Australian artist Mild Minds, aka Benjamin David.

The video depicts the tale of a father and daughter struggling to adapt to life on the streets having seemingly migrated to a new city. The camera pans in what’s made to look like one continuous shot as the actors run away from danger, sleep in alleyways and at one point become separated.

“It’s always special when you can use music videos to tell a very human story,” says Read. “So I loved the opportunity to create a narrative about migration, displacement, and family separation, which are topics very close to me and my family, and more important to talk about now than ever.”

Played by real father and daughter actors, Alberto and Ana, Read feels this genuine familial connection added a real intimacy to the story. This sense of duality between the characters is echoed in the track itself as Mild Mind’s music is interwoven with the vocals of fellow Australian artist, Boats.

For Mild Minds, the meaning behind the whole video is dichotomous. “We wanted the track to have a dual meaning depending on the listener,” explains the musician. “Boats wanted the message to be somewhat political, a nod to the issues happening at the American border, while I wanted to reference the more internal and interpersonal walls we build everyday.” 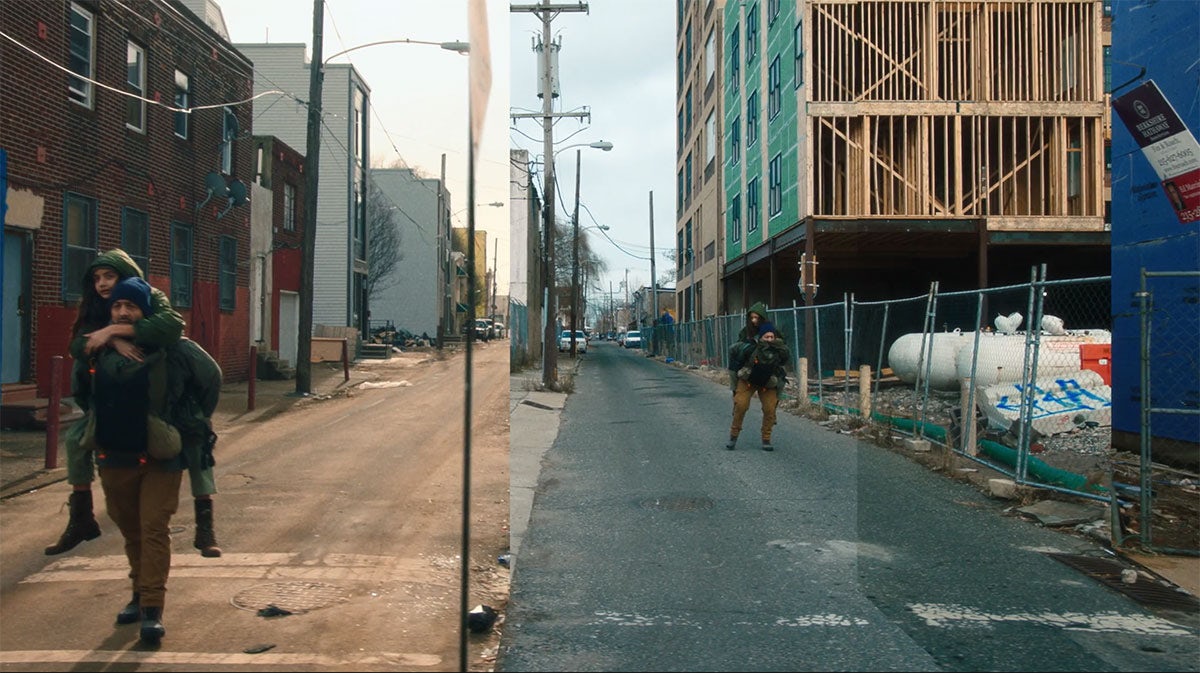 Read’s video is a poignant tribute to the journeys families and individuals around the world have suffered. The visual beauty of Walls is in the constant loop-like feeling, and this, combined with the slow movement of the characters and the camera, feels almost mesmerising.

“I liked the idea of using digital ‘walls’ to stitch together the little moments into one continuous, scrolling journey,” explains Read. “We used the alleyways to keep the story feeling very linear, as if the father and daughter had to always keep moving forward. The visual technique lets us show a story without words in a fresh way.”