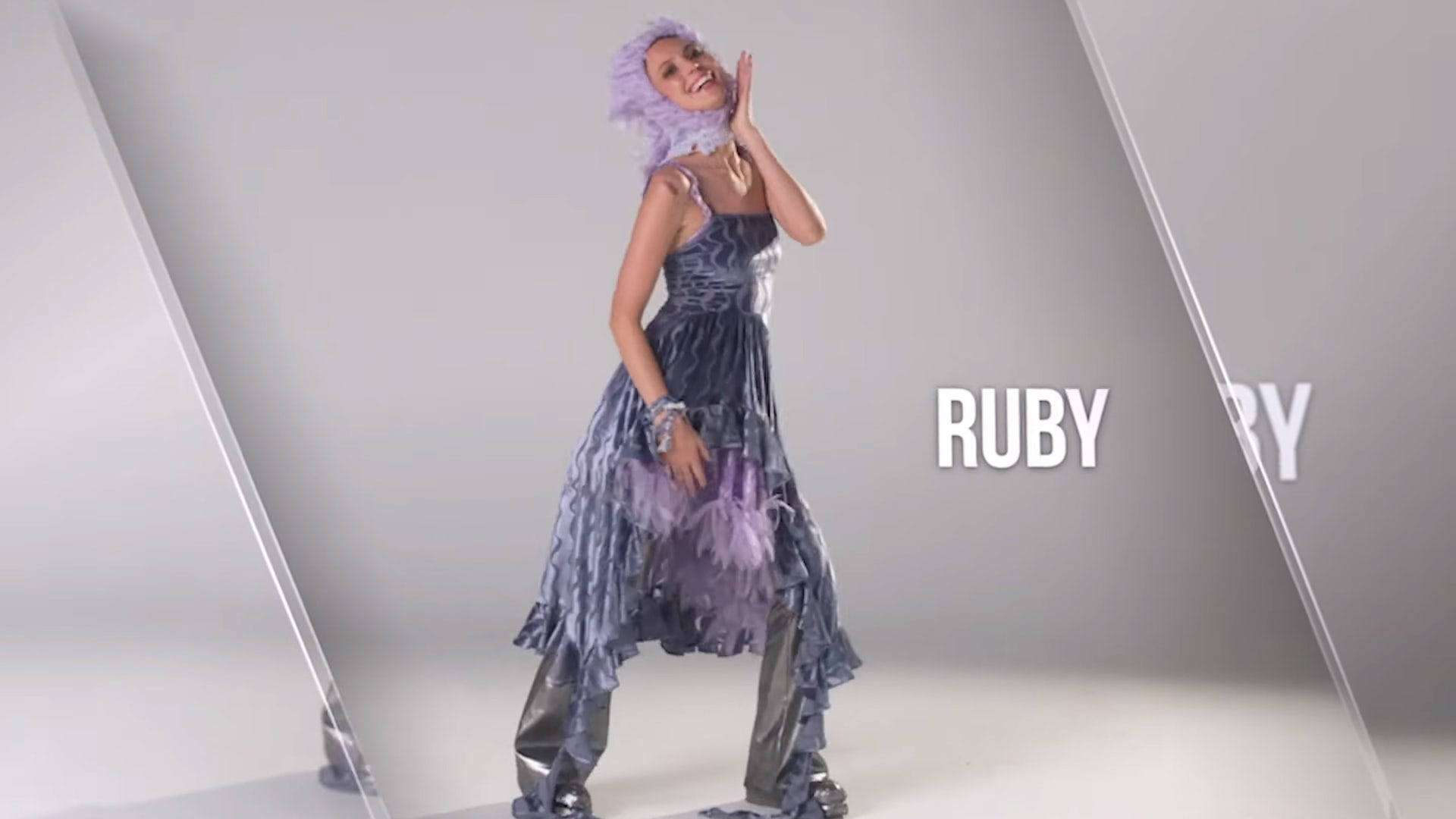 For anyone who gorged on MTV’s LA reality drama series The Hills, which ran from 2006 to 2010, the new short film from fashion label Collina Strada will look a little familiar.

Created to unveil the label’s Autumn/Winter 2022 collection, the film follows Tommy Dorfman (known for starring in Netflix series 13 Reasons Why) on day one of her fashion internship at Collina Strada. It’s a riff on the first episode of The Hills, in which protagonist Lauren Conrad reveals she has scored an interview for a “killer intership” at Teen Vogue and embarks on her fledgling career in fashion. Another of the reality show’s alumna, Whitney Port, cheerfully features in the Collina Strada film, which even shares the sparkly melody of Natasha Bedingfield’s original theme song, Unwritten.

The lyrics, however, don’t quite tally up with Bedingfield’s version. Rather than inviting us to ‘release our inhibitions’, the Collina lyrics lead us into the chorus with: ‘No more carbon emissions’. Because at the heart of the film is a message of sustainability, a philosophy that the brand has come to be built around, albeit told in a purposefully bonkers, saccharine way.

Dorfman flutters into the Collina Strada offices for her first day, but “when she struggles to adapt to the workplace culture and a plant-based diet, her dream job turns into a wake-up call,” goes the film’s description. “Can Tommy make it in the high-stakes world of sustainable fashion?” Some of these faux pas include drinking from a disposable cup and naïvely pulling out a “pastrami sammie” at lunch, a surefire highlight of the film. Her salad-eating colleagues horrified, they presume it must be soy, to which Tommy retorts: “No, it’s like, pig, babe.”

The film takes the place of a full runway presentation at New York Fashion Week, yet for all Collina Strada’s serious decisions in aid of the environment, is very happy to poke fun at that very ethos. It’s all one big eye roll at hardline eco-conscious behaviour, even though the label is itself a proponent of a more sustainable fashion industry.

The Collinas was directed by photographer Charlie Engman (also the label’s joint creative director), and stars many of the brand’s extended family of collaborators. Among the cast are actress Rowan Blanchard, writer and curator Kimberly Drew, Dazed editorial director Lynette Nylander, and Kathleen ‘Rustee’ Engman (Charlie’s mother and creative collaborator).

Reality TV and fashion have long been in each other’s pockets, and this relationship is emerging evermore into the open – for example, in the E!-inspired campaign film shot by Chris Maggio for Balenciaga several seasons ago. In a twisted yet arguably perfect turn of events, the high priestess of reality TV, Kim Kardashian, has since become the face of Balenciaga. It all ties into fashion increasingly embracing its funny side – and Collina Strada’s use of humorous devices to deliver a climate-conscious message surely marks an interesting addition to the canon.