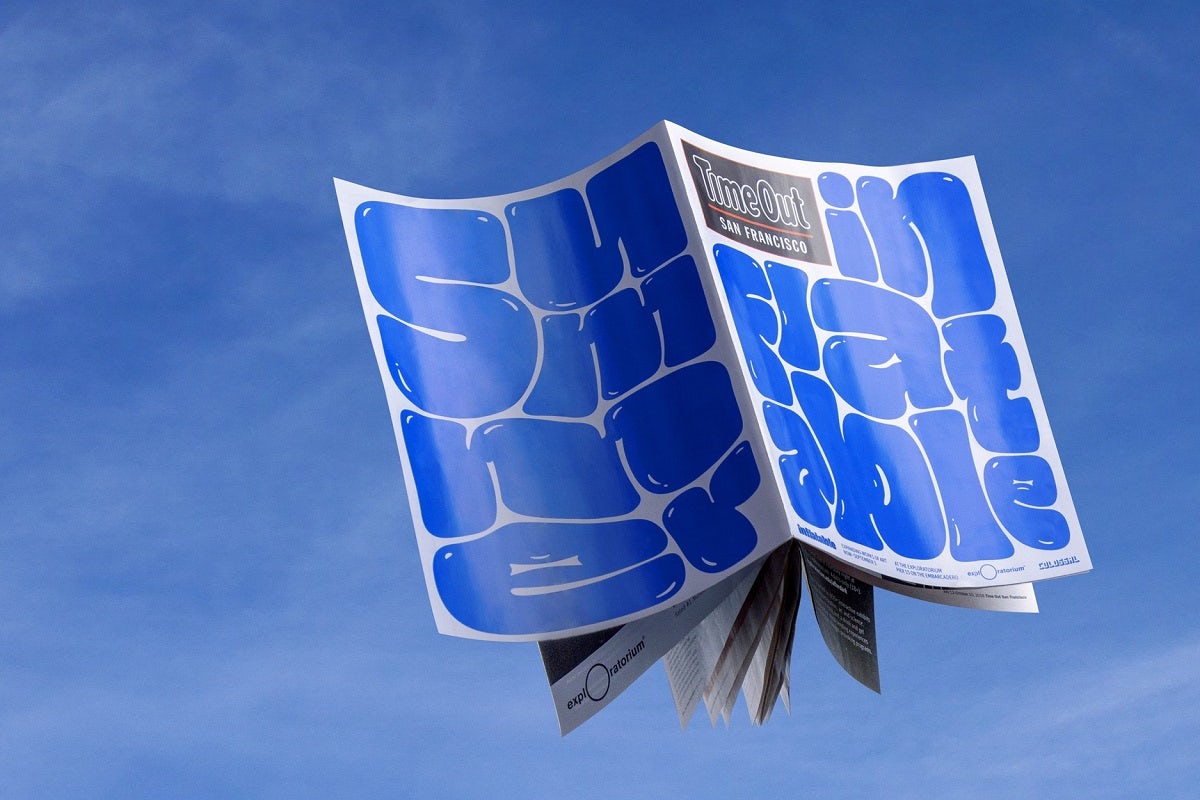 Bright blue bubble type has appeared on magazine wraps, buses, and posters across the city, replicating the soft forms of pieces from the exhibition. Rather than following a strict grid, the branding gives the impression its balloon-like letters have been squashed into place. 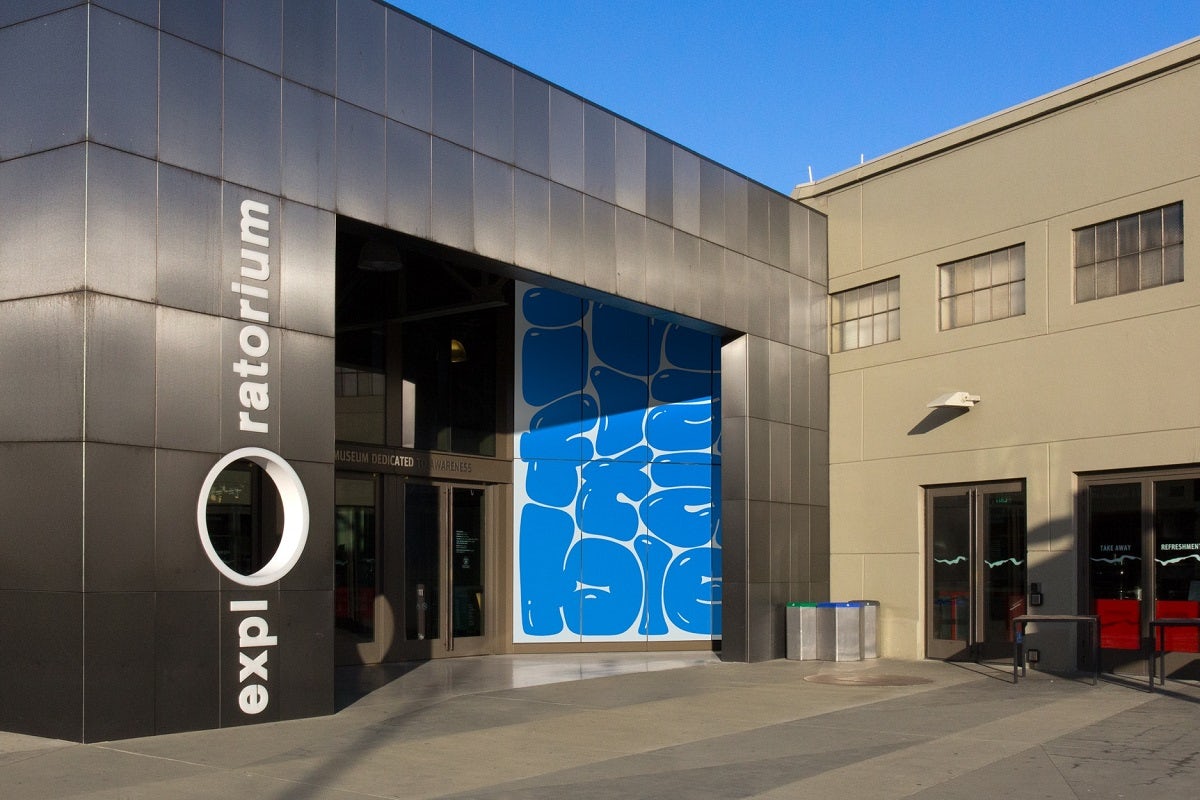 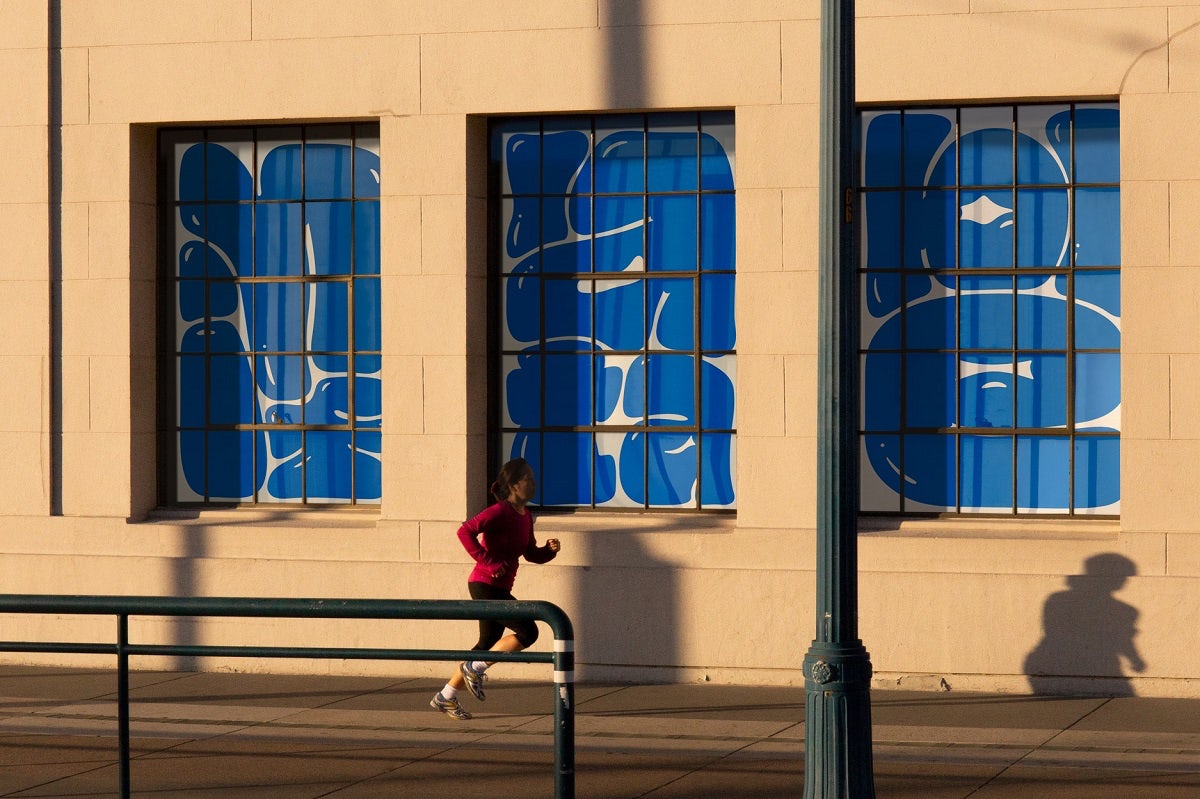 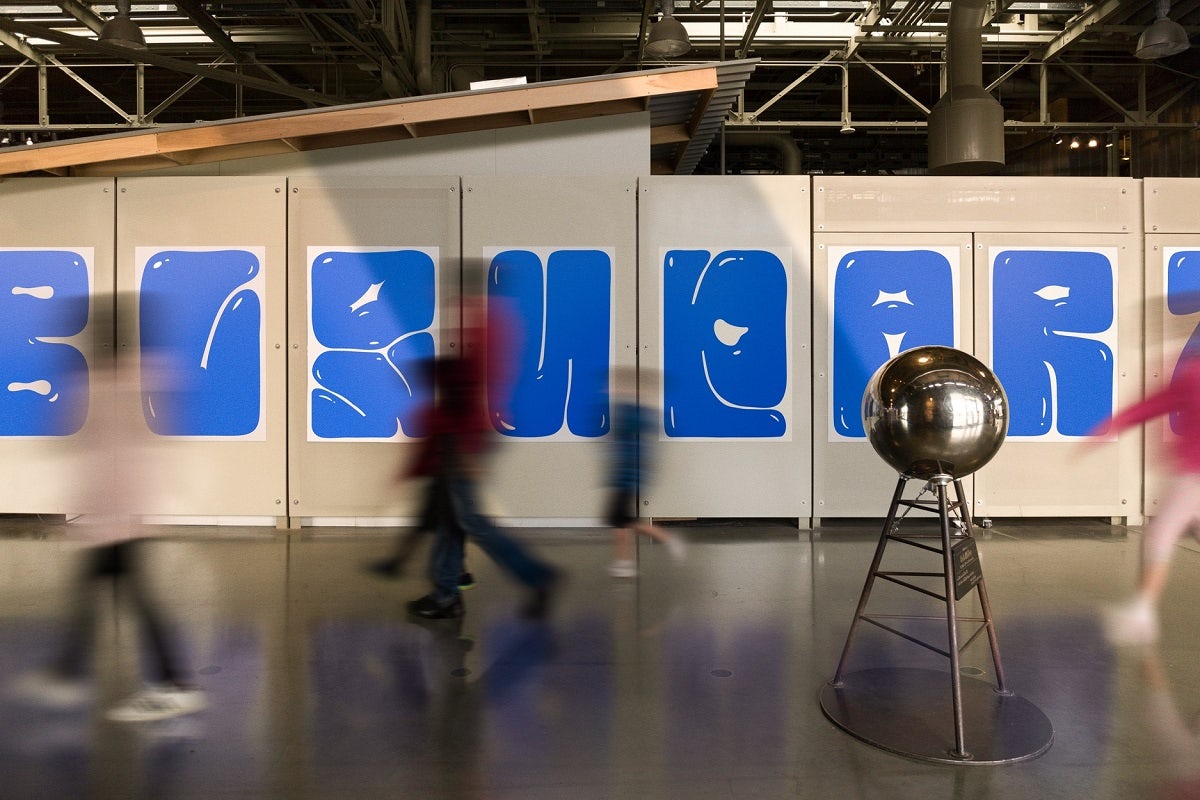 “Collins created all the inflatable type by literally blowing up letterforms with dynamic soft body simulations in 3D,” says the studio’s Motion Director Kris Wong. “We liked the idea of the artwork filling and transforming the spaces that they happen to be in, and it was fun to use that as a construct for the typography in its various applications.”

The studio also animated the letters, emphasising their resemblance to inflatables by making them bounce and change shape according to the space around them, and then expand again. Wong says it was a challenging project, which required lots of experimentation with the physics, elasticity and pressure of the digital letters. 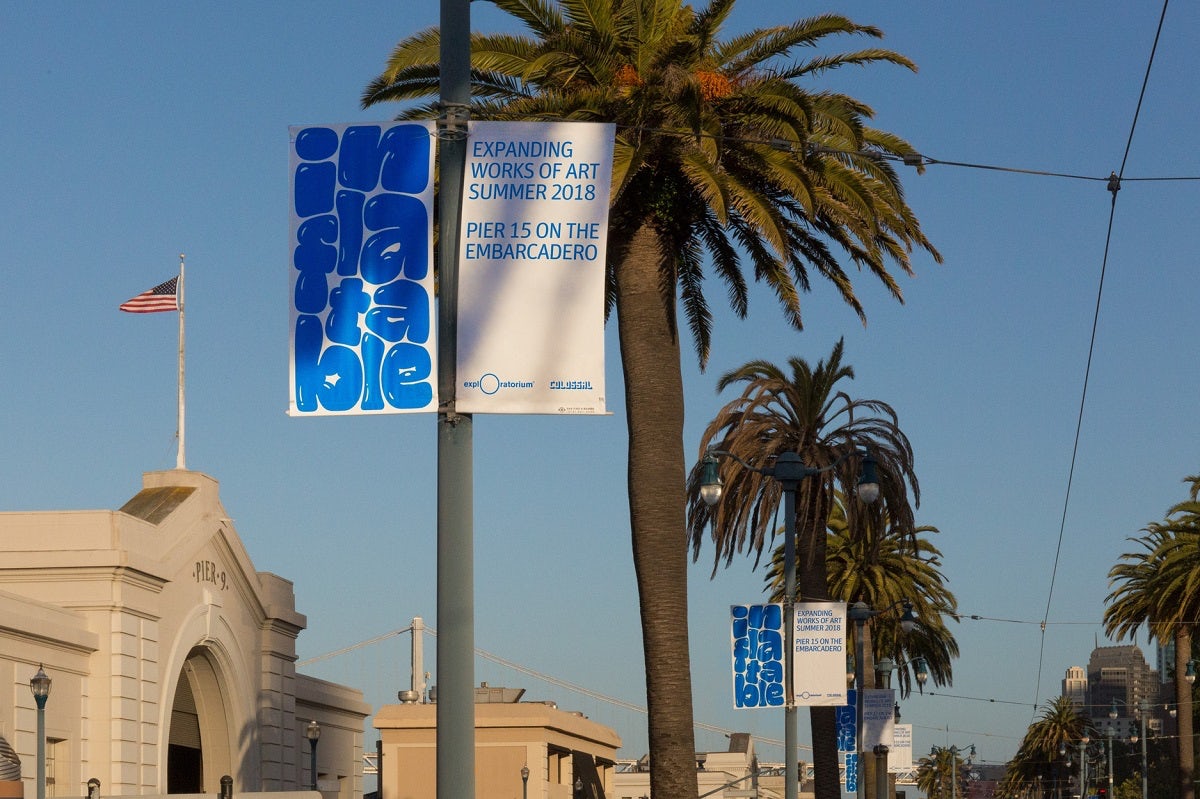 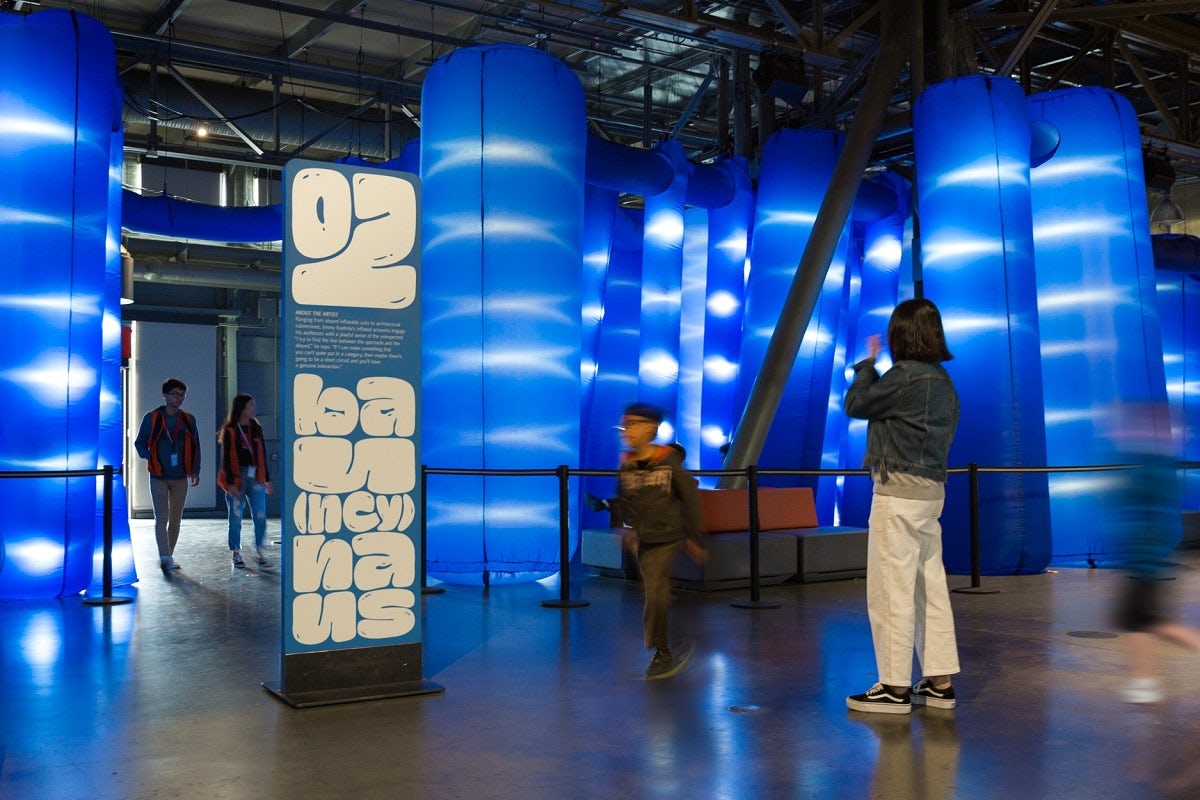 “We went through a lot of less on-point explorations earlier on,” says Wong. “In the end we felt that using type as the hero was the simplest way of informing the city of such a diverse group of artists under one roof, in one unified voice.”

Inflatable: Expanding Works of art is open at the San Francisco Exploratorium until 3 September 2018.