Designer and author Coralie Bickford-Smith is back with a new beautifully-designed project, this time in form of The Song of the Tree, a story about a bird and her love of one tree in the heart of the jungle. The book has been two years in the making, and the combination of the designer’s beautiful illustrations with short, purposeful nuggets of text creates a kind of vivid magic that draws readers of all ages in.

Bickford-Smith gained recognition for her work as an in-house designer at Penguin, including for her illustrated covers of Penguin’s clothbound classics, and since then she has written and illustrated her own soon-to-be classics with The Fox and the Star in 2015 and The Worm and the Bird in 2017.

“My stories are observations of my own emotional experiences. Adventures of the mind rather than solely physical journeys. I find that making sense of my mind and experiences through my creativity is very therapeutic,” the designer explains. “[The Song of the Tree] is a continuation of the journey that I started with the first two books. It is a more joyous book as it celebrates what I have recently learned by coming to terms with my own anxiety and panic about the world. It is about being attached to the people and the world around me in a positive way.”

The idea for the story started with a book Bickford-Smith found on her editor’s desk, The Incomplete Dictionary of Show Birds by photographer Luke Stephenson. “I became obsessed with how each bird looked, they had such different characters,” explains the designer. “For fun, I started writing dialogue for them around what I imagined they were thinking as their portraits were being taken.”

Bickford-Smith “fell in love” with one bird in particular and stuck a photocopy of it on her wall and stared at it a lot. “Slowly I developed a character and the story around this one image. It was so graphic and simple,” she says. “Once I had a seed for a story it all came together in a rush of words and images. It was an erratic and very untidy process, but the basic story was key as without that it felt meaningless to create arbitrary imagery. Everything has to have meaning and substance for me to find the confidence to put pen to paper.” 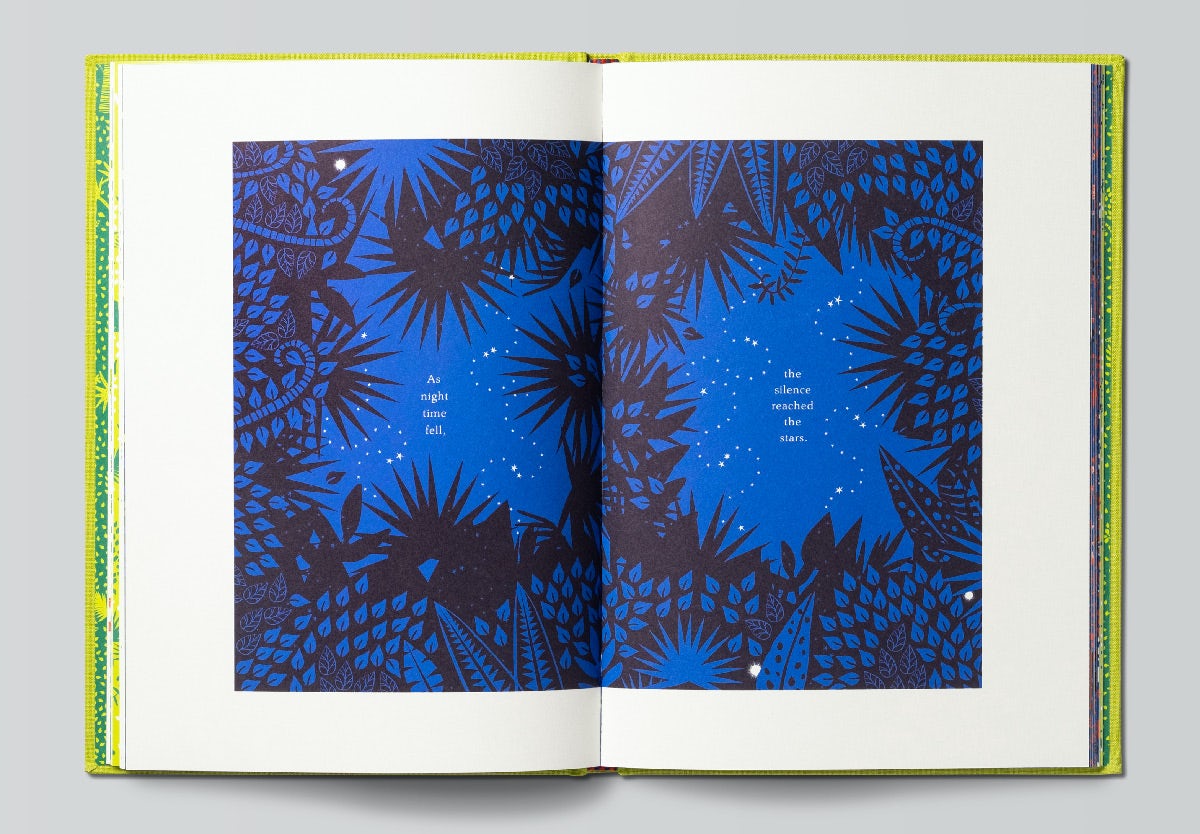 Once the story was locked down, the designer made a conscious decision to remain flexible with deadlines, something she’s usually unable to do with her commissioned work. “I decided to delay the book by a year because I wanted to make the most of it and really enjoy the creative process,” she explains. “That is the best bit – the not knowing exactly where you are going, trusting blindly that it will work out in the end, and learning to leave many unanswered questions when you stop work for the day.”

Adopting a process that combined the analogue with the digital, the book was created through a mix of paper and computer. “Everything begins on paper using black fine-liner, then it will go into the computer,” explains Bickford-Smith. “This way I can control the colour and the page layout in minute detail. I work with Pantones to get bright bold colour and as I’m the designer too, it is really natural for me to lay out text and illustrations on the computer.”

Bickford-Smith only had four Pantones to work with on the project due to budget constraints, and though it became a difficult puzzle to piece together, the designer relished the challenge. “I do love a constraint,” she says. “So I was happy to tackle the problems and make a whole jungle out of four colours. It took some time and I rejected numerous colourways before hitting the right combination that worked for all the animals.” 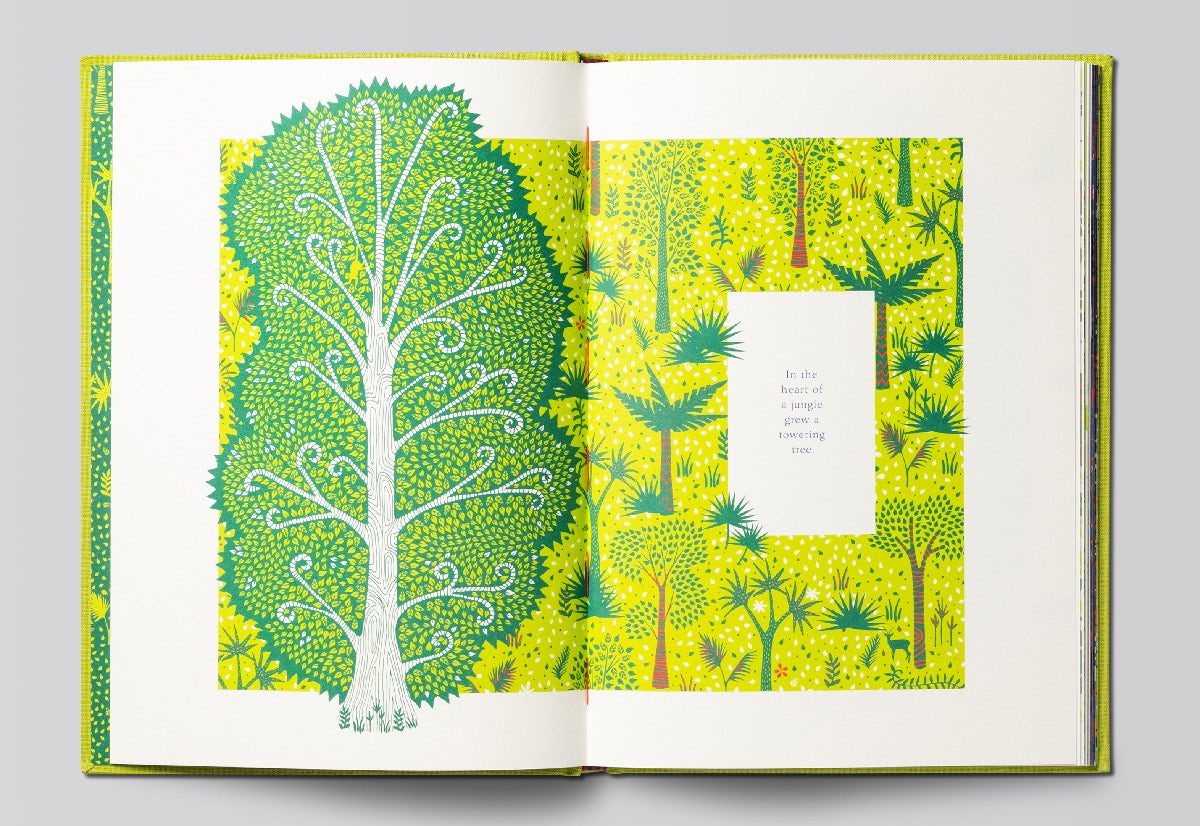 In the end Bickford-Smith looked to Riso prints and their strong contrasting colours for inspiration. “You can see this influence in the night spreads,” she says. “The vivid blue Pantone inks are known to have long drying times, so an extra week was built into the printing schedule so that the ink could dry properly and reduce rub-off on the white pages.”

This heady mix of blue, yellow, purple and green is enriched by the intricate and thoughtful detail Bickford-Smith has woven into every page of The Song of the Tree. As well as her existing influences, namely William Morris and William Blake, Bickford-Smith also found herself drawn to Indian miniature paintings, colourful, detailed handmade artworks which are small in scale. “The playfulness of pattern is infectious to me and fits in nicely with my other influences,” says the designer. “The flat perspective is also something that is rife in my work and studying this art form helped me solve certain problems that came up in more complex spreads.” 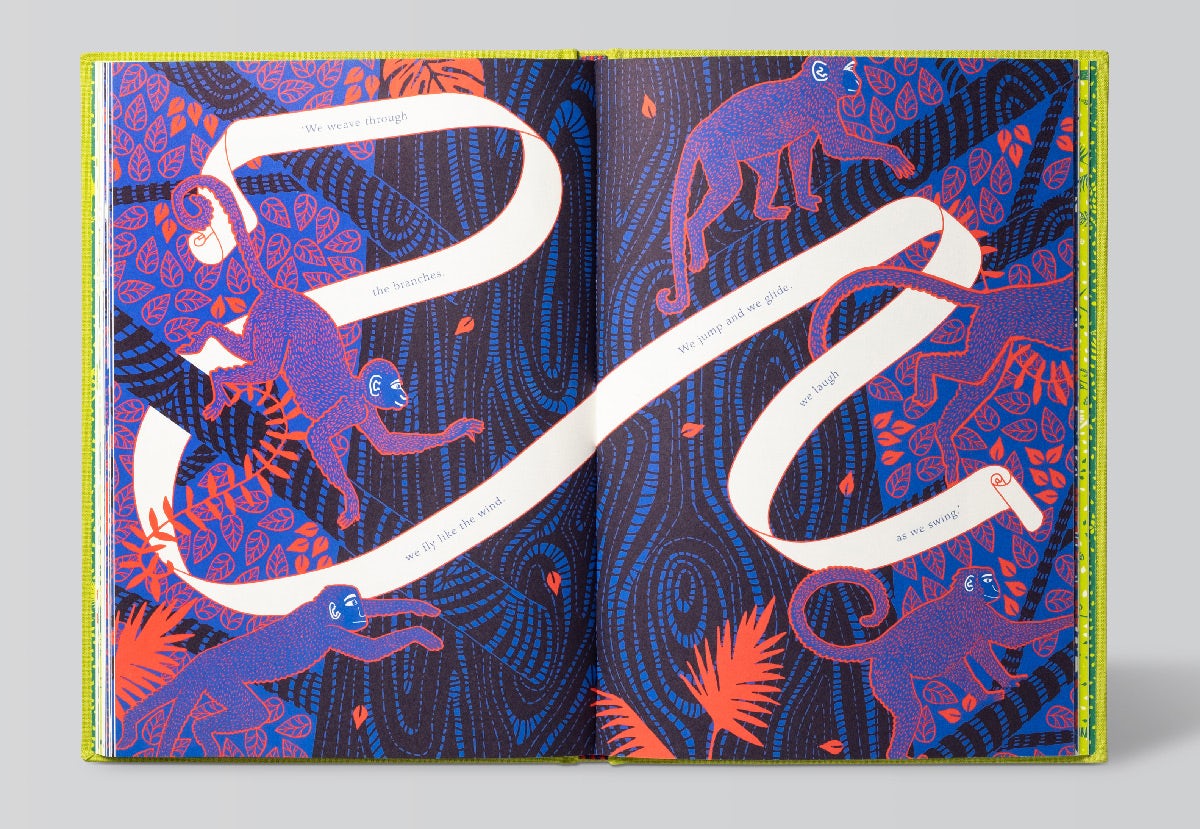 Though the process was time-consuming and demanding, Bickford-Smith’s favourite part of the creative process was making the trees. “I have fond memories of them. Once I had an idea of how they would work, I loved the stupid amount of hours devoted to the task of placing each leaf individually,” the designer explains. “Each tree took about 12 hours (this seems preposterous now), which was spent drinking coffee and listening to loud music, knowing exactly what my task for that day was.”

A heart-warming and exquisitely-illustrated story, for Bickford-Smith The Song of the Tree is a celebration about the world around us and the importance of the natural world at a time when we need it the most. As with her other books, the designer is only too happy to relinquish control and release it into the wild. “I believe that when I have finished a book, it belongs to its reader,” she says. “Their experience of reading it is a personal one, and I never want to get in the way of that.” 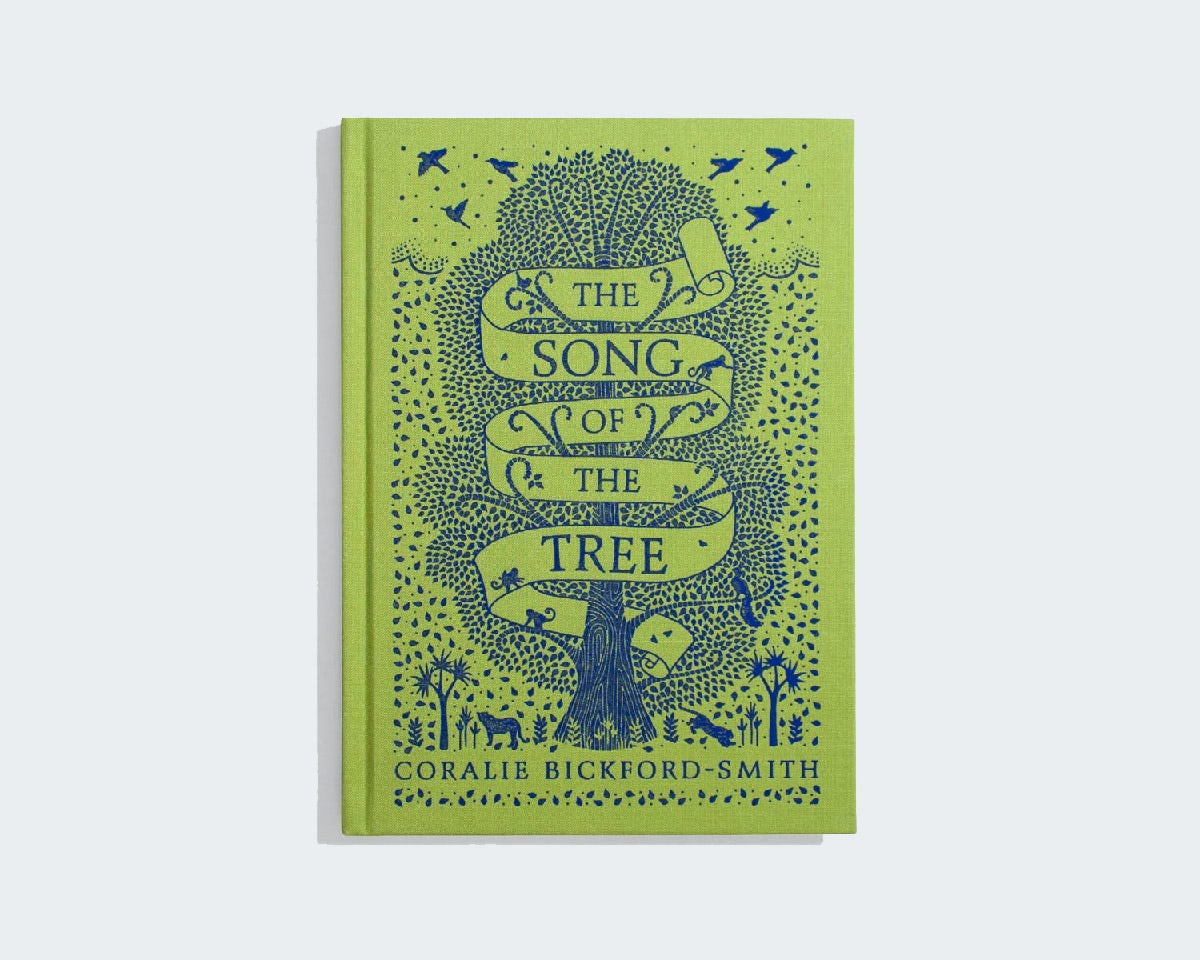 The Song of the Tree by Coralie Bickford-Smith is out now and published by Particular Books; cb-smith.com