Using black and gold foils the cover design replicates a map of the river-city and renders the author’s name and title in P22 Underground, an adaptation of the Johnston typeface originally designed in 1916 for the London Underground. 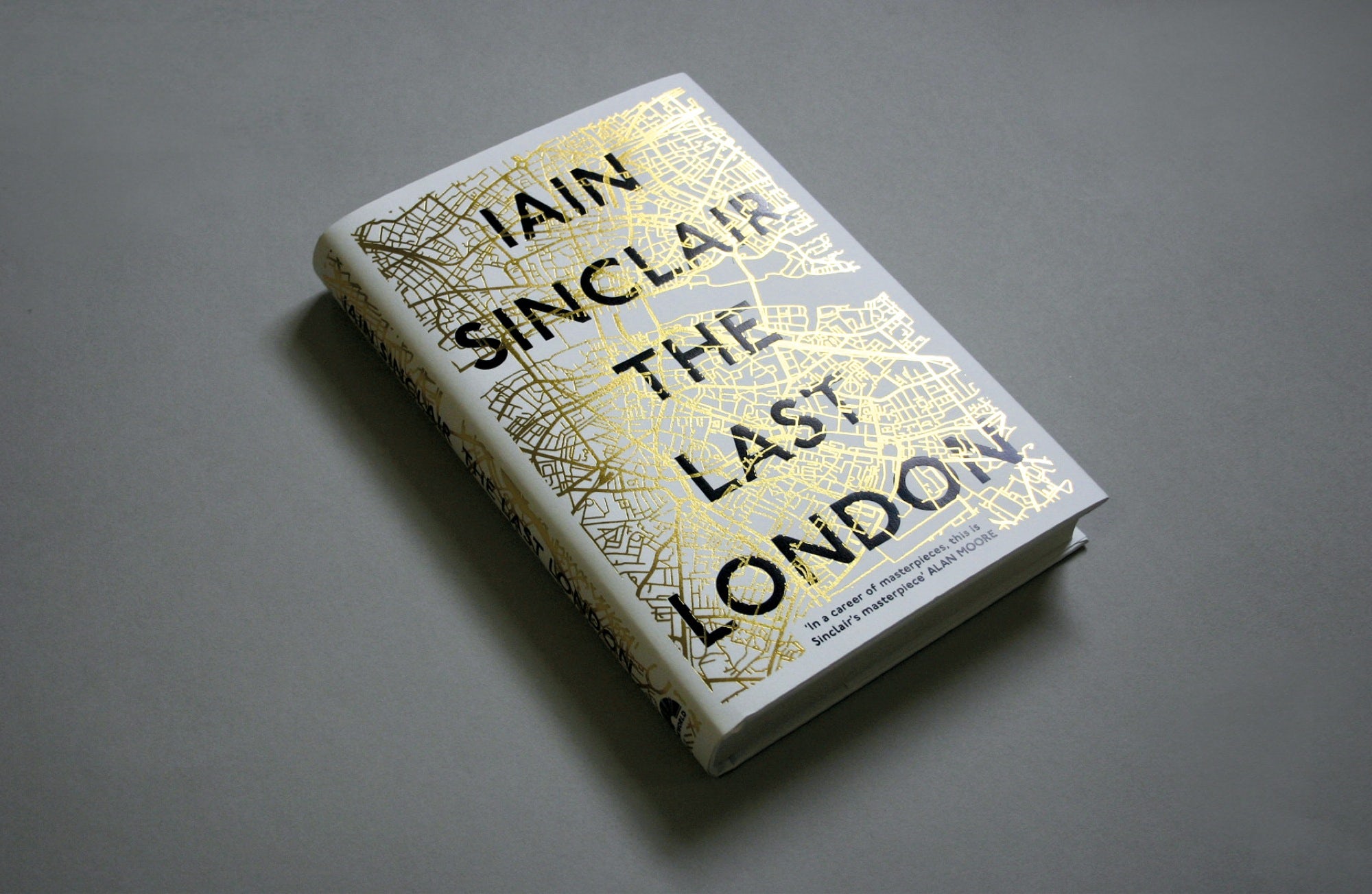 Sinclair’s London books include Lights Out for the Territory (1997), London Orbital (2002), Hackney: That Rose-Red Empire (2009) and London Overground (2015). According to Oneworld, Sinclair’s latest text is based “on a series of solitary walks and collaborative expeditions to make a final reckoning with a capital stretched beyond recognition”.

“For me it’s the ‘last’ London because the ‘written’ London, the London that had a past and that referred back to previous writers – always one generation drew on what had come before – I think is over,” Sinclair says in a short film about the book. “Because you’re now wedded to a kind of instant, dominant ‘present tense’ of the electronic digital world where people no longer move around ‘in’ the city but above the city; they’re floating on their devices.”

Published by Oneworld the cover is designed by the in-house design team overseen by art director James Jones. More details on The Last London at oneworld-publications.com. 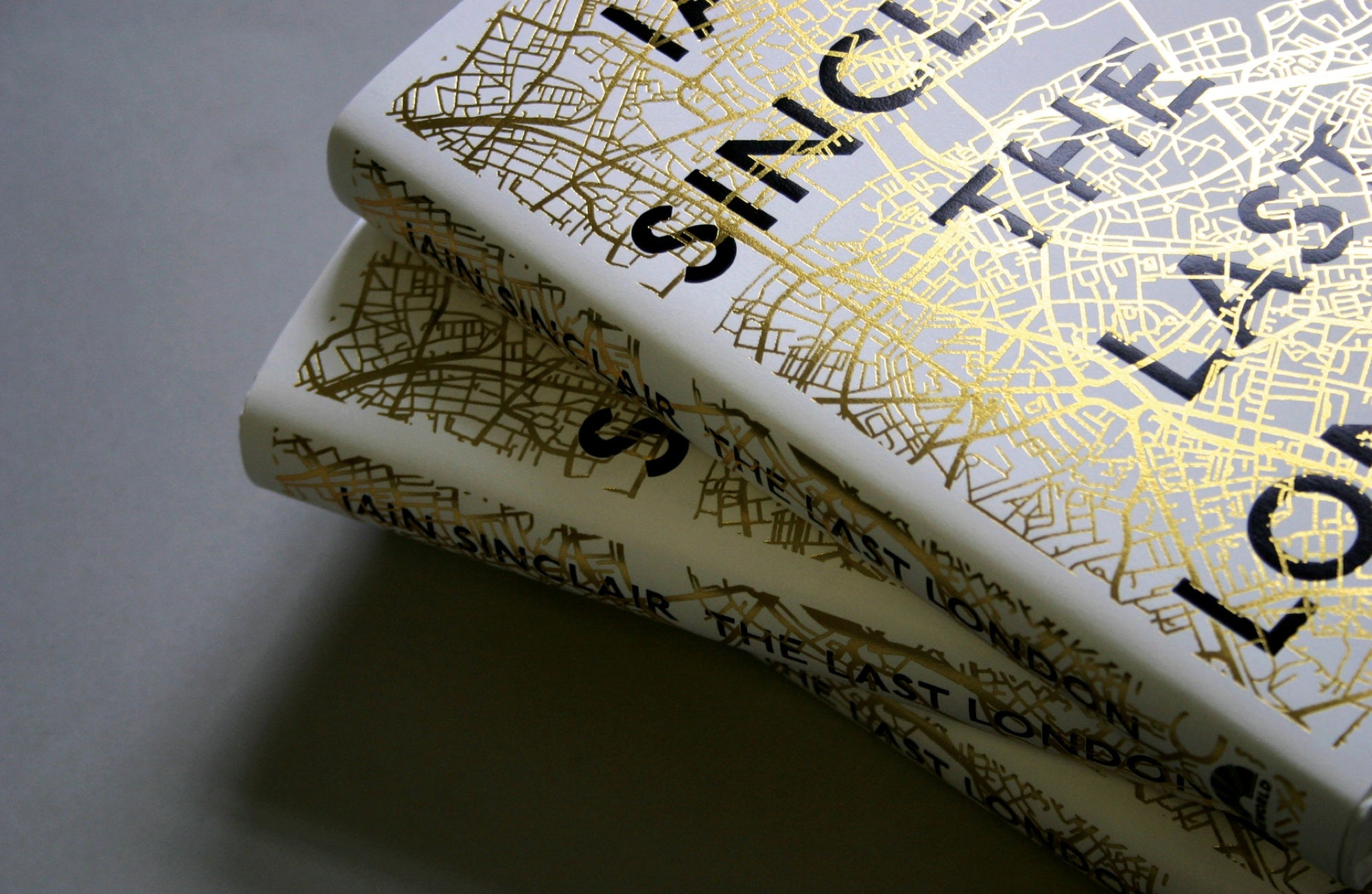 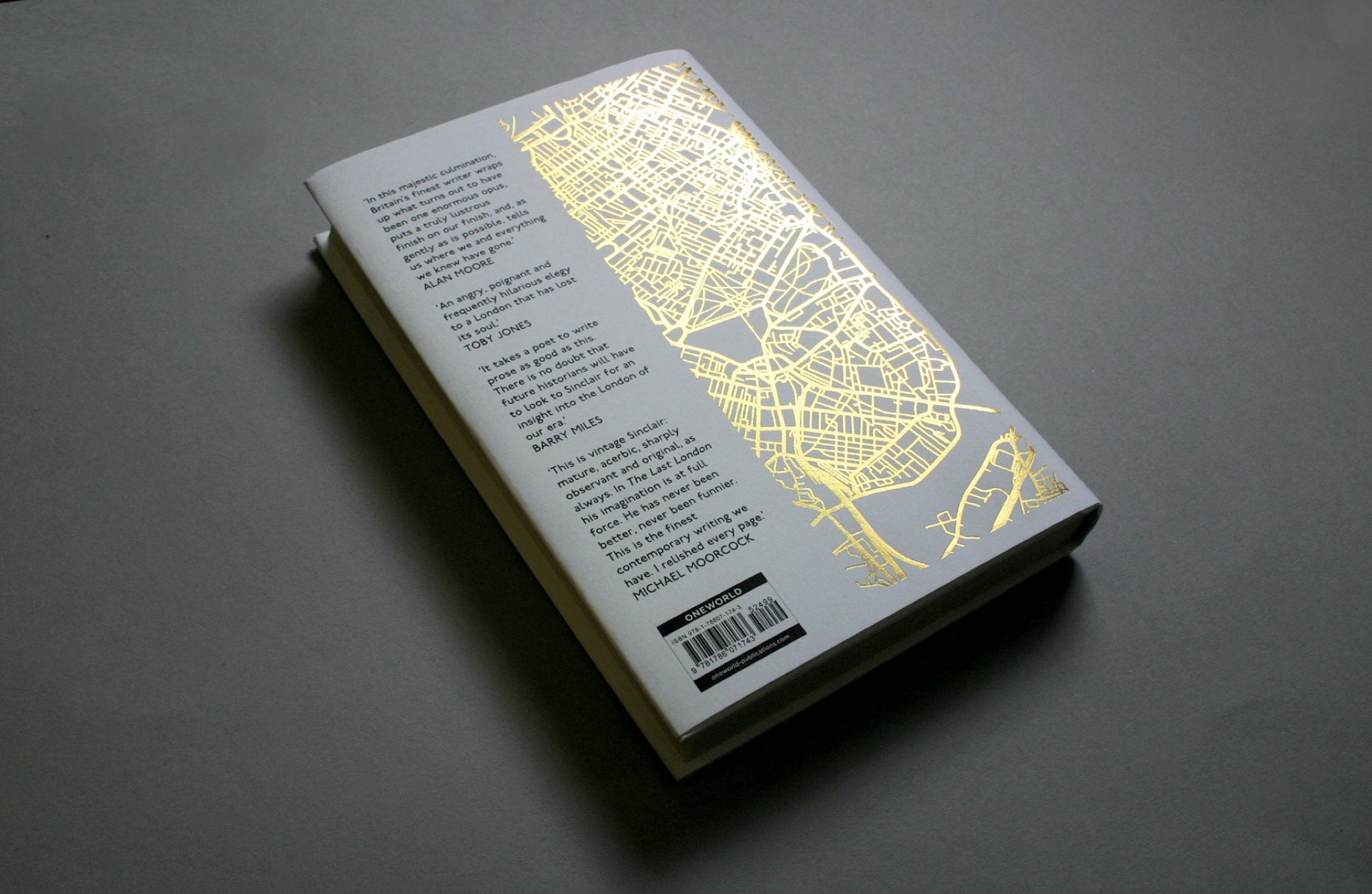