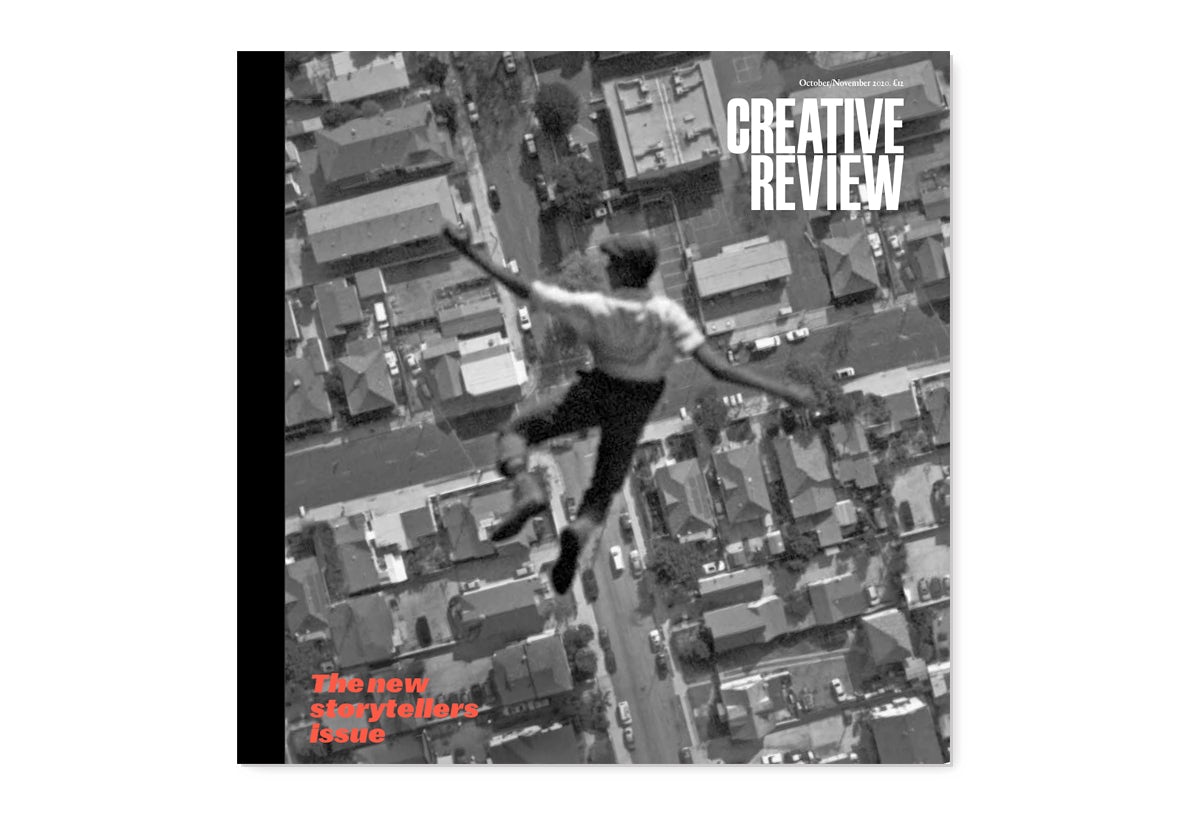 The creative industries have long faced accusations of being too narrow in their diversity. While this has led to much handwringing and launching of initiatives, the picture remains bleak. There are small signs of progress emerging, however, and in this issue we aim to shine a light on some of the creative leaders and exciting voices who are initiating change.

In the publishing world, we interview Teen Vogue editor-in-chief Lindsay Peoples Wagner, who has introduced a new vision to the magazine that she once felt did not speak for her, and Rough Trade Books, which is bringing tales of British counter-culture to wider audiences. 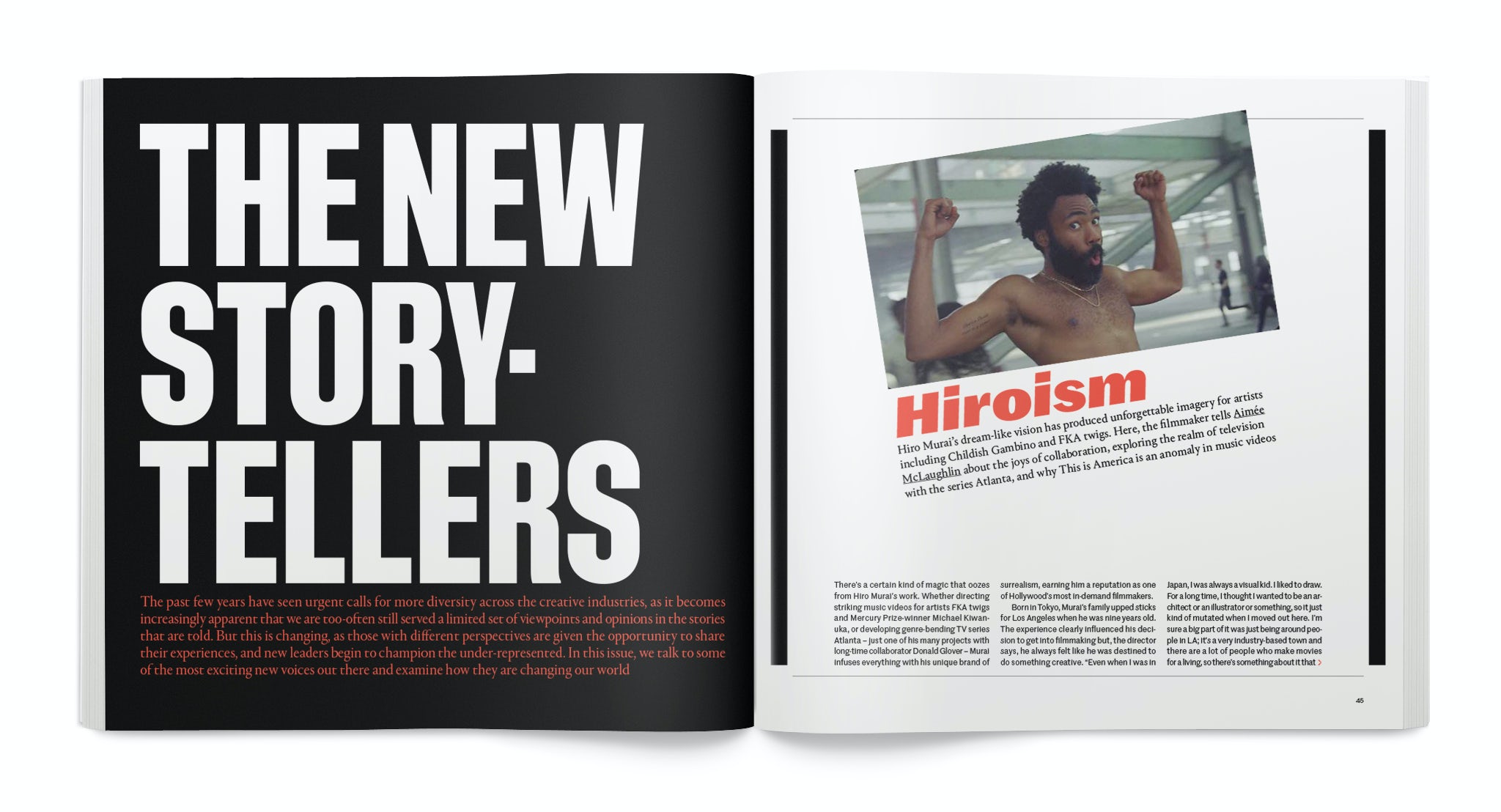 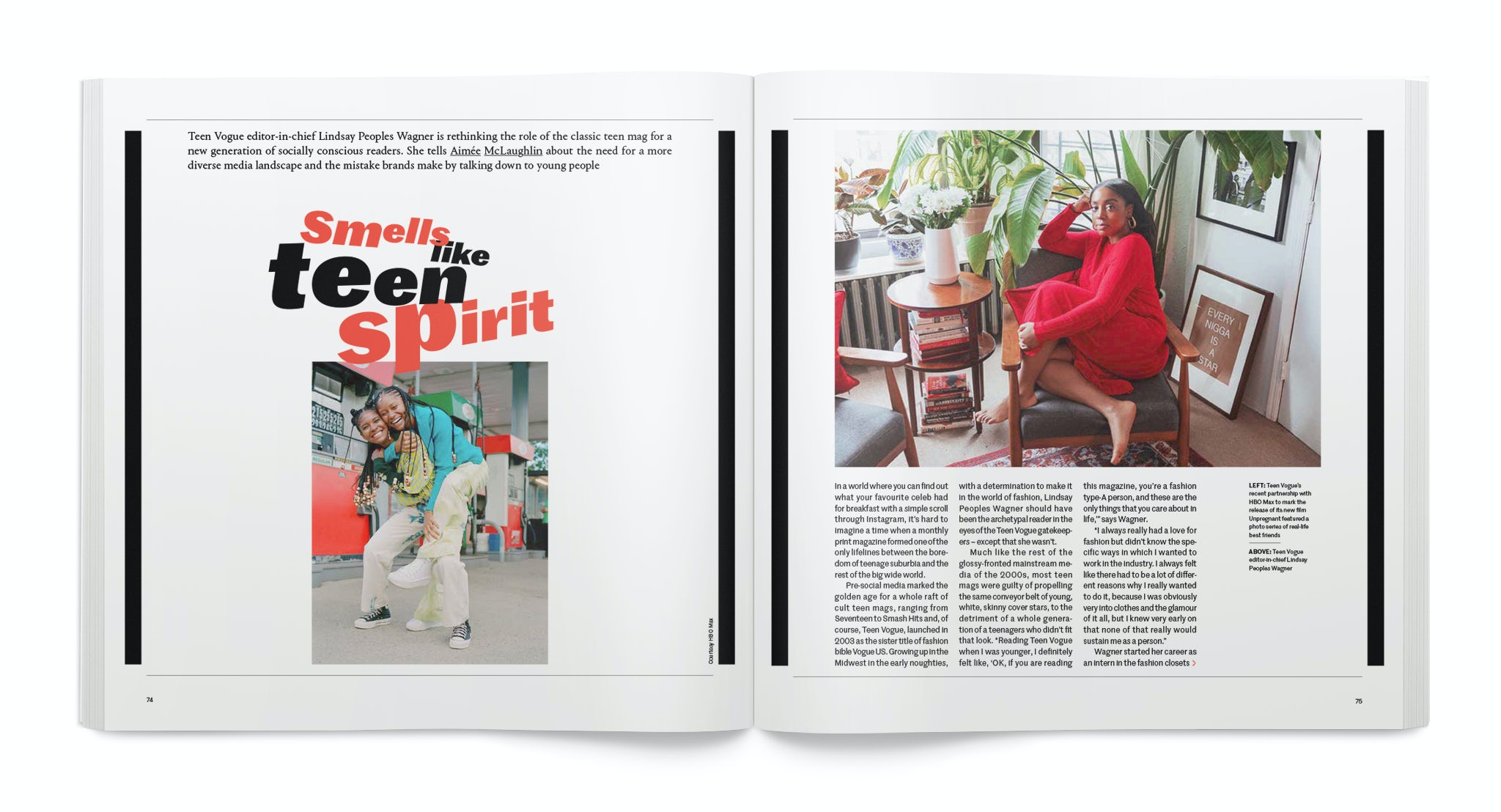 Elsewhere in the issue, we talk to award-winning writer Lucy Prebble, whose credits include Succession and more recently I Hate Suzie, which she created in collaboration with its star Billie Piper. Prebble recalls how the latter series was initially rejected by a host of broadcasters, seemingly because the channels already had their quota of female-focused stories.

We also look at ITV’s campaigns spotlighting mental health issues and what viewers need from broadcasters in the modern world, while in the world of radio, NTS co-founder Femi Adeyemi reflects on ten years of championing underground music and arts. 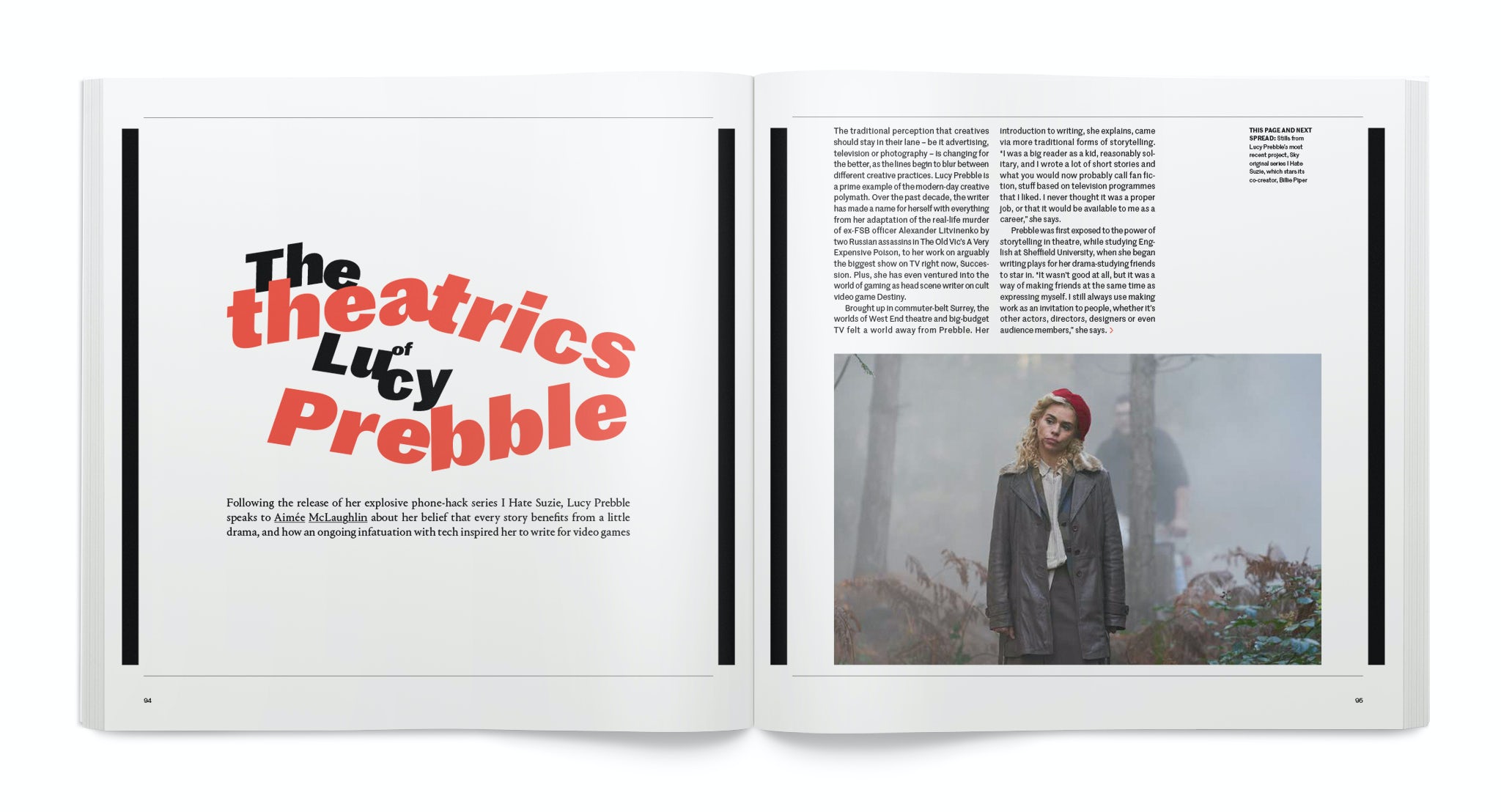 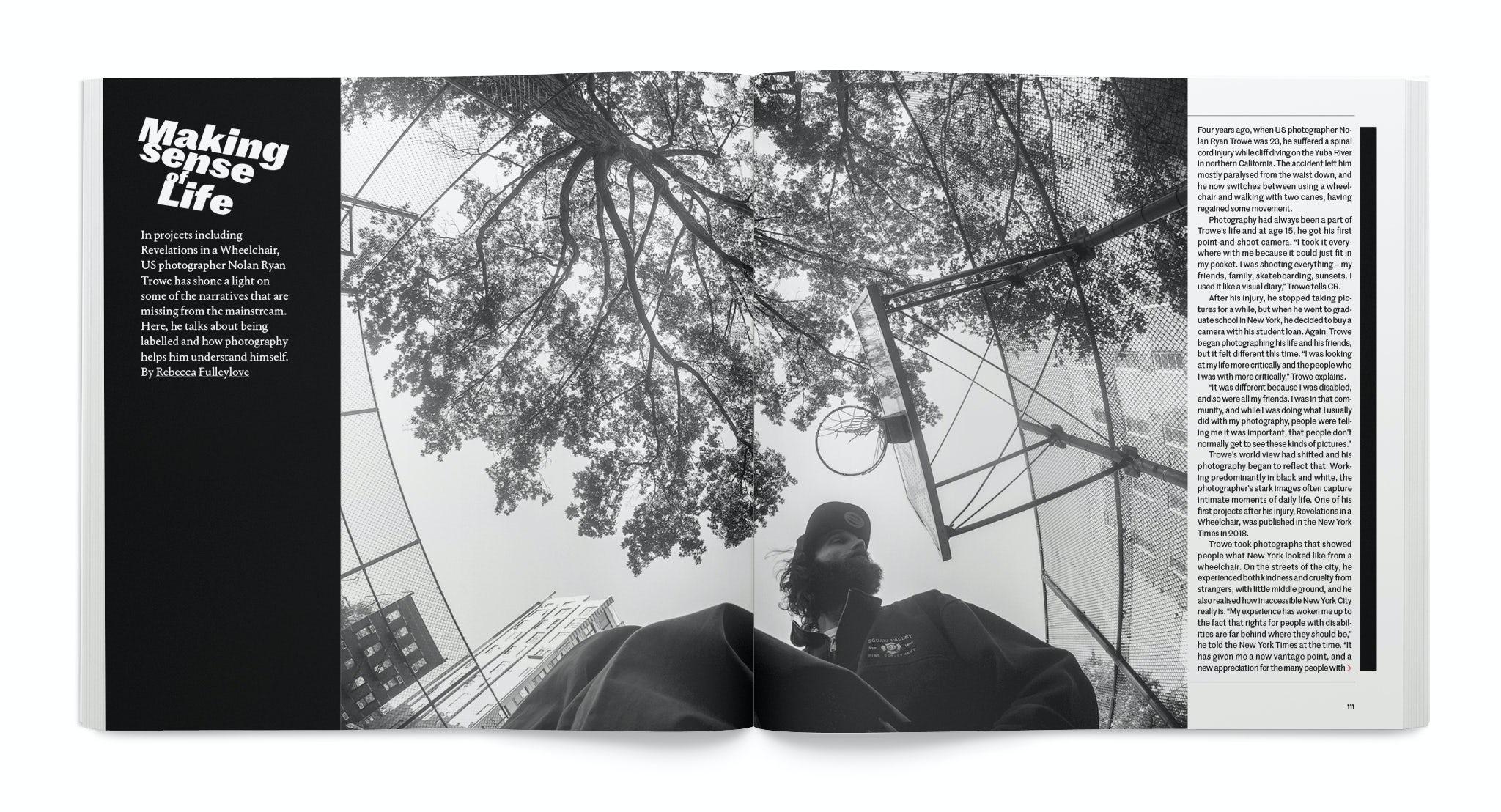 The new issue also features interviews with a range of visual artists offering new and vital creative perspectives. We speak to filmmaker Hiro Murai, whose dream-like vision has seen him become one of Hollywood’s most in-demand directors, and Wednesday Holmes, who uses illustration as a vessel for queer activism. We also talk to Nolan Ryan Trowe, whose documentary photography reveals views of New York from the position of a wheelchair user, and Ghanaian visual artist Prince Gyasi, who shares his perspective of the world as seen through his iPhone.

Finally, we talk to the people pushing the boundaries of technology, from artist Catty Taylor’s initiatives to make digital creation a more inclusive space, to the creators of Stornaway.io, a software tool positing new possibilities for interactivity in film and TV. 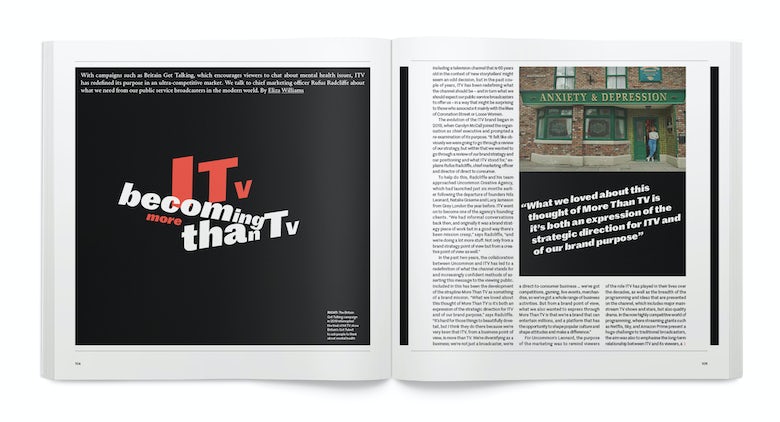 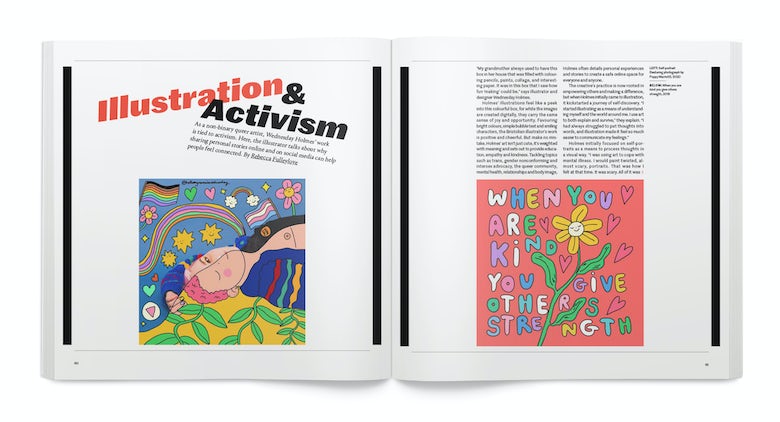 As usual, the new issue also includes a range of additional features to expand your horizons, including design legends M/M (Paris) looking back on the last 30 years of influencing creativity and artist Trevor Paglen on the future of AI.

We also have advice and opinion pieces relating to matters that affect our everyday lives and creative careers, from preventing burnout and pivoting career paths later in life to musings on the role of the post-pandemic office and why great work can be born in uncertain times.