Founded by Lyndon Hanson, Scott Seamans and George Boedecker Jr after they acquired a foam injection molding company in the early 2000s, Crocs has undergone an astonishing Cinderella story over the last two decades. Thanks to the comfort factor, the instantly recognisable foam clogs quickly became loved by chefs, healthcare workers, gardeners and kids all over the world – but hated by pretty much everyone else. By the 2010s, the brand’s reputation could be neatly summarised by a meme describing the clogs’ distinctive holes as “where your dignity leaks out”, and in 2014, the company announced plans to close 100 stores and axe 200 jobs.

More recently however, Crocs has experienced something of a cultural comeback, thanks in part to high-profile collaborations with everyone from Justin Bieber to cult skate brand Palace. The company’s position within the fashion zeitgeist was cemented with the onset of coronavirus, when comfort became the deciding factor in many people’s pandemic looks. The company’s sales in the first quarter of 2020 rose by more than 60% compared to the same period the year before. Today, the foam clogs are everywhere, inspiring shaving cream challenges on TikTok, being decked out with Dior Jibbitz (the charms that Croc-wearers personalise their clogs with) on Instagram, and even appearing on the red carpet Oscars in the form of Questlove’s shimmering gold pair. 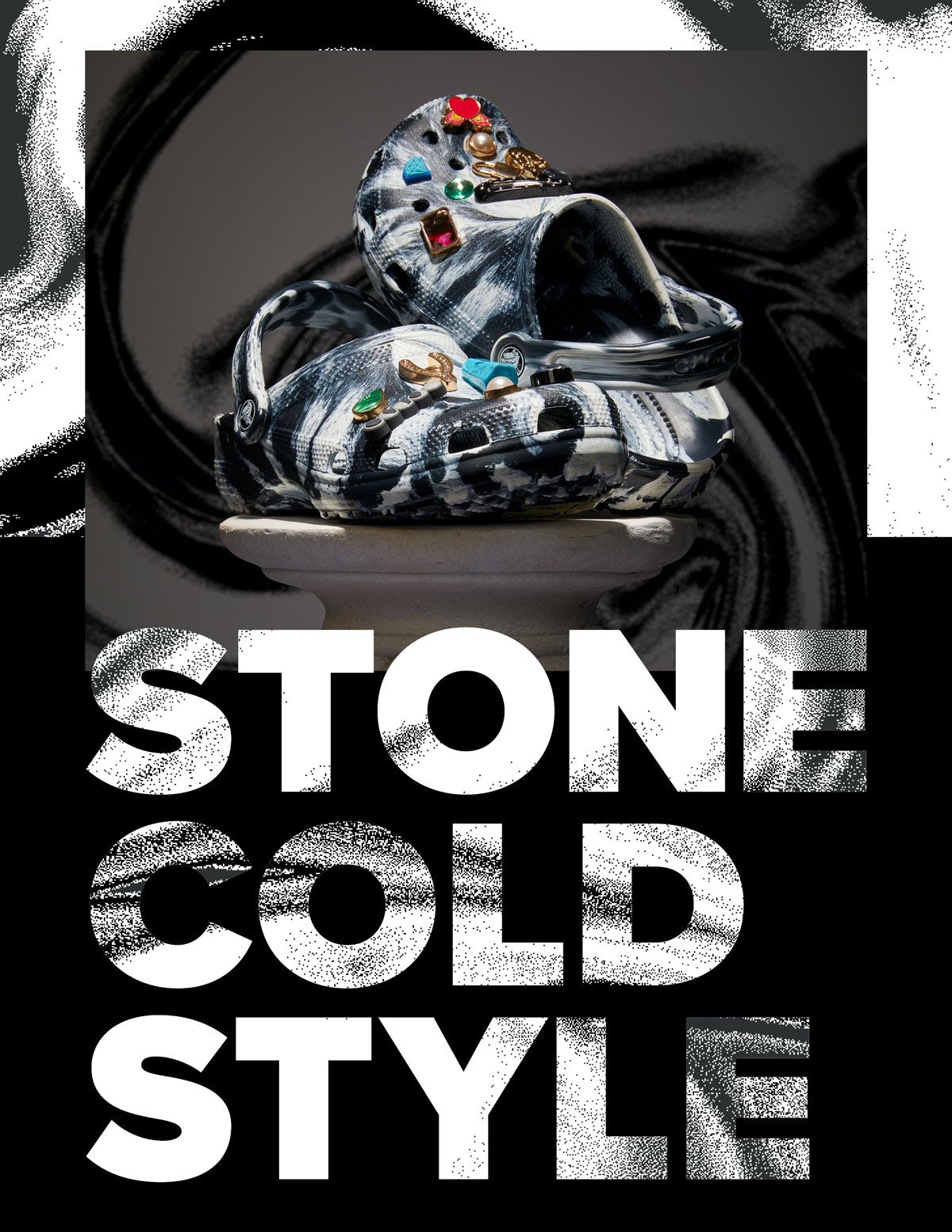 At the heart of Crocs’ unlikely success story is the brand’s willingness to lean into its reputation as the Marmite of the fashion world. It’s an approach that the in-house creative team, headed up by vice president of global creative James Gardner, has played a big part in. After studying creative direction and starting out agency-side, where he worked with brands ranging from Microsoft to Tyson Foods (one of the largest food companies in the world), Gardner went in-house in 2010 when he took up a senior creative director role at sportswear brand Tommy Bahama.