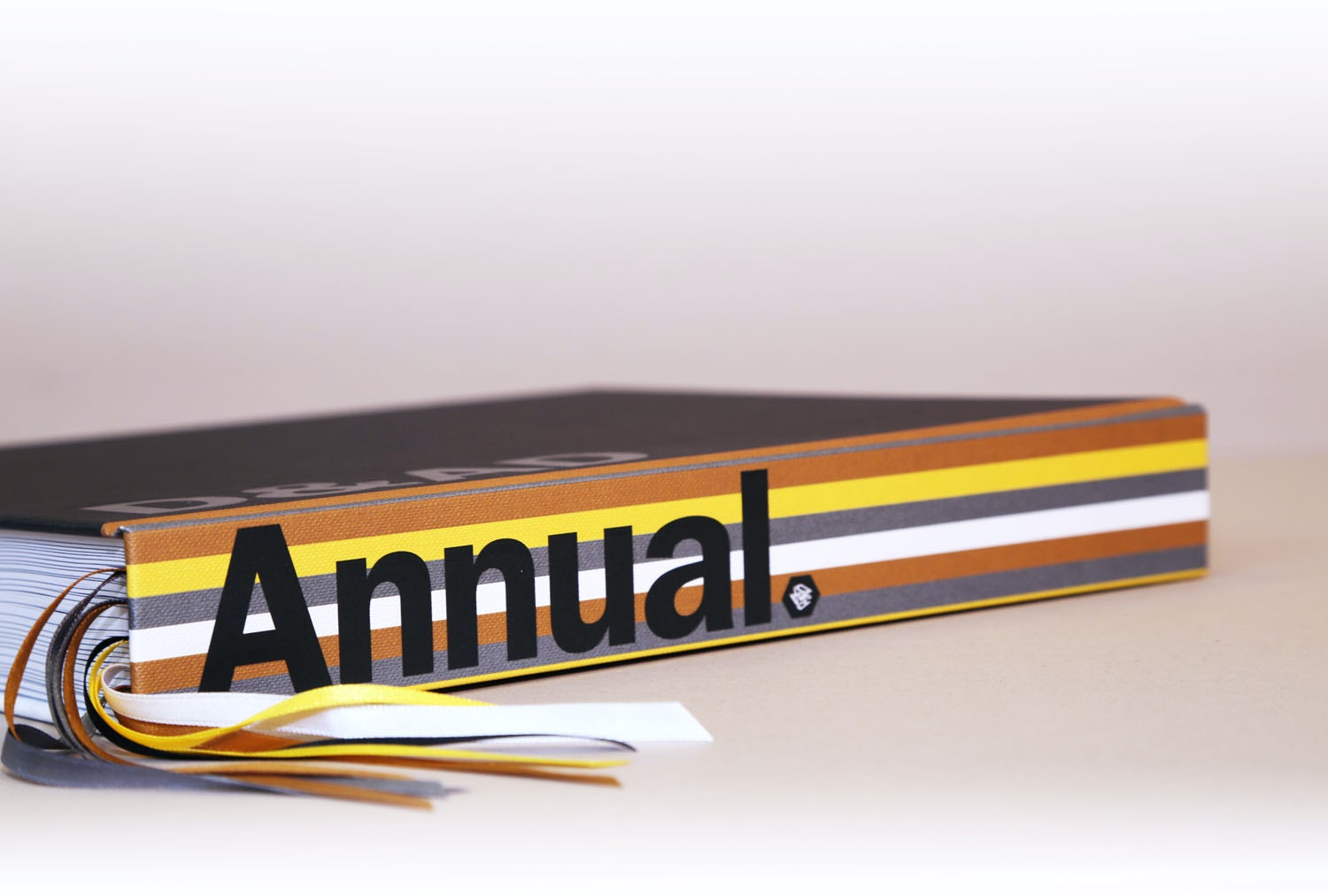 D&AD’s 2017 Annual landed with a thump on the CR desk this morning. Designed by Jim Sutherland, the publication – a printed showcase of winning entries to the D&AD Awards – comes in at over 500 pages and takes inspiration from the Bible.

Last year’s Annual was designed by Lucienne Roberts and featured interactive exercises based on lessons from D&AD’s Professional Development Trainers. D&AD described the tome as “an instructive tool for prospective winners”. It was also the most sustainable D&AD Annual to date and was made using sustainable packaging and less ink than previous editions.

D&AD says this year’s Annual has been “stripped back to a minimalist, modern and clean design” to “refocus the design and advertising community’s attention on its own work and most promising talent”. 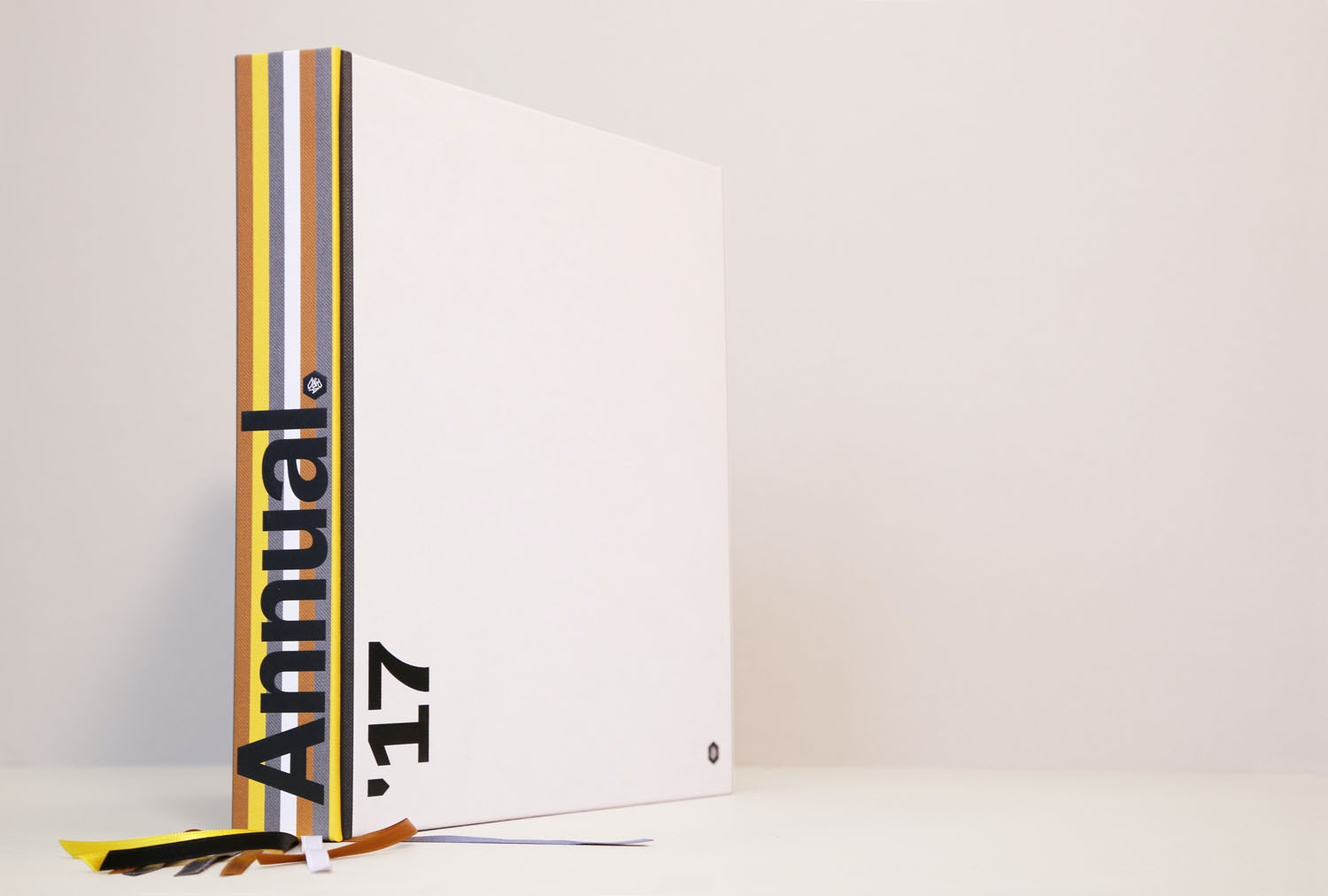 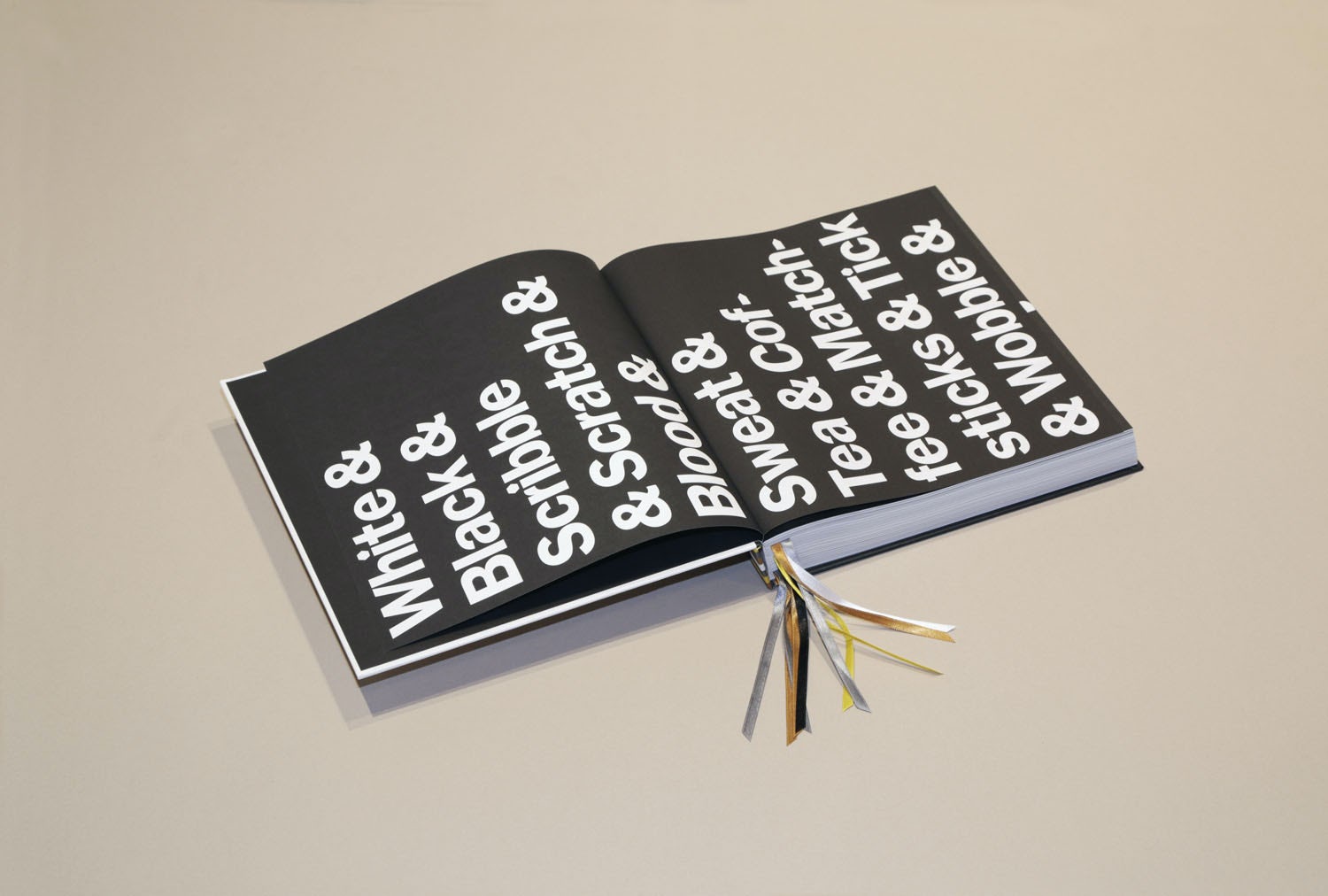 The publication features a hardback cover and a striped spine made up of the colours of each D&AD Pencil.

Chapter openers feature bold white text arranged vertically on a black background and there are 10 bookmark ribbons. Ribbons are colour-coded, meaning readers can rank projects – using a black ribbon to signpost their favourite piece of work or a white to bookmark projects that promote positive change. 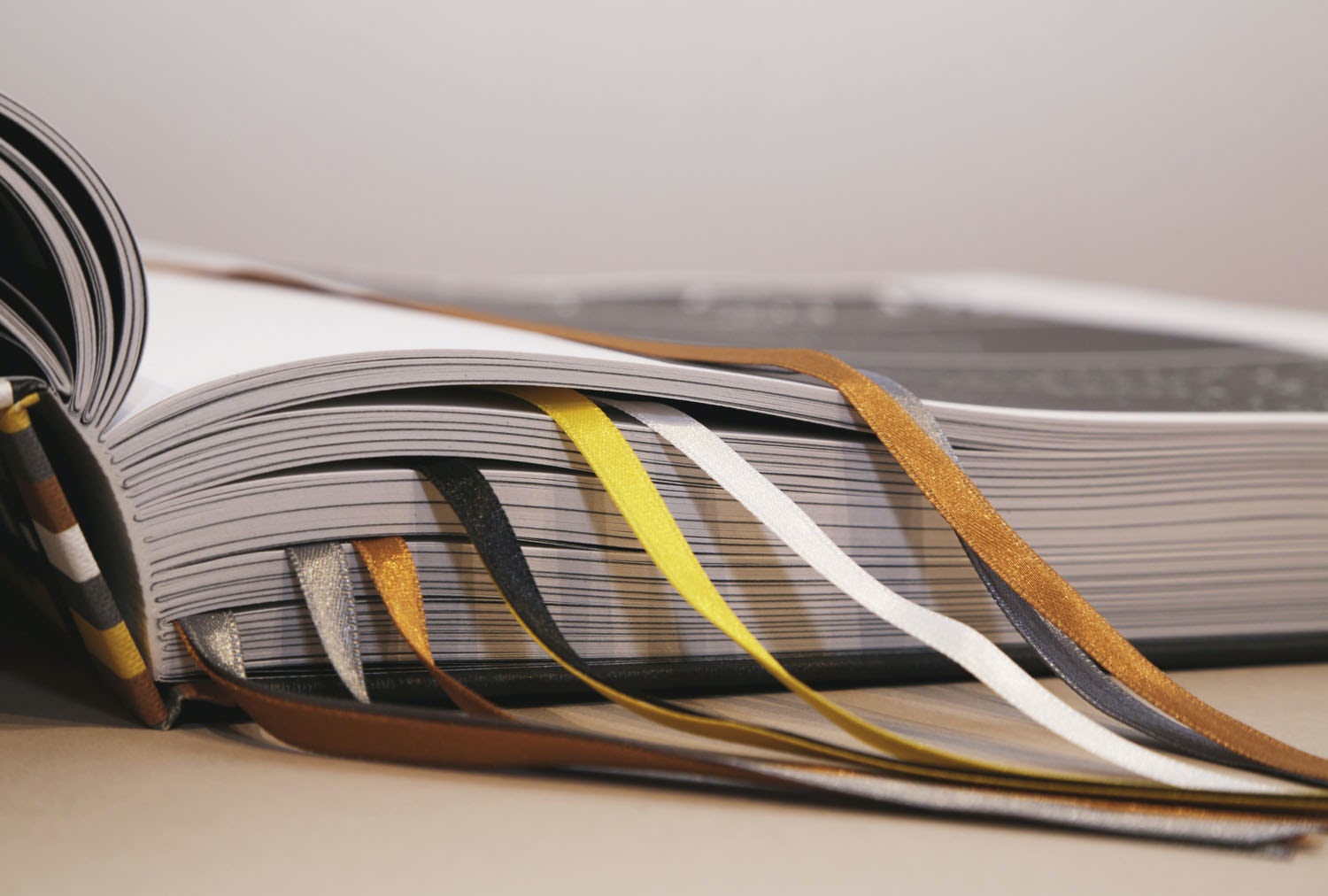 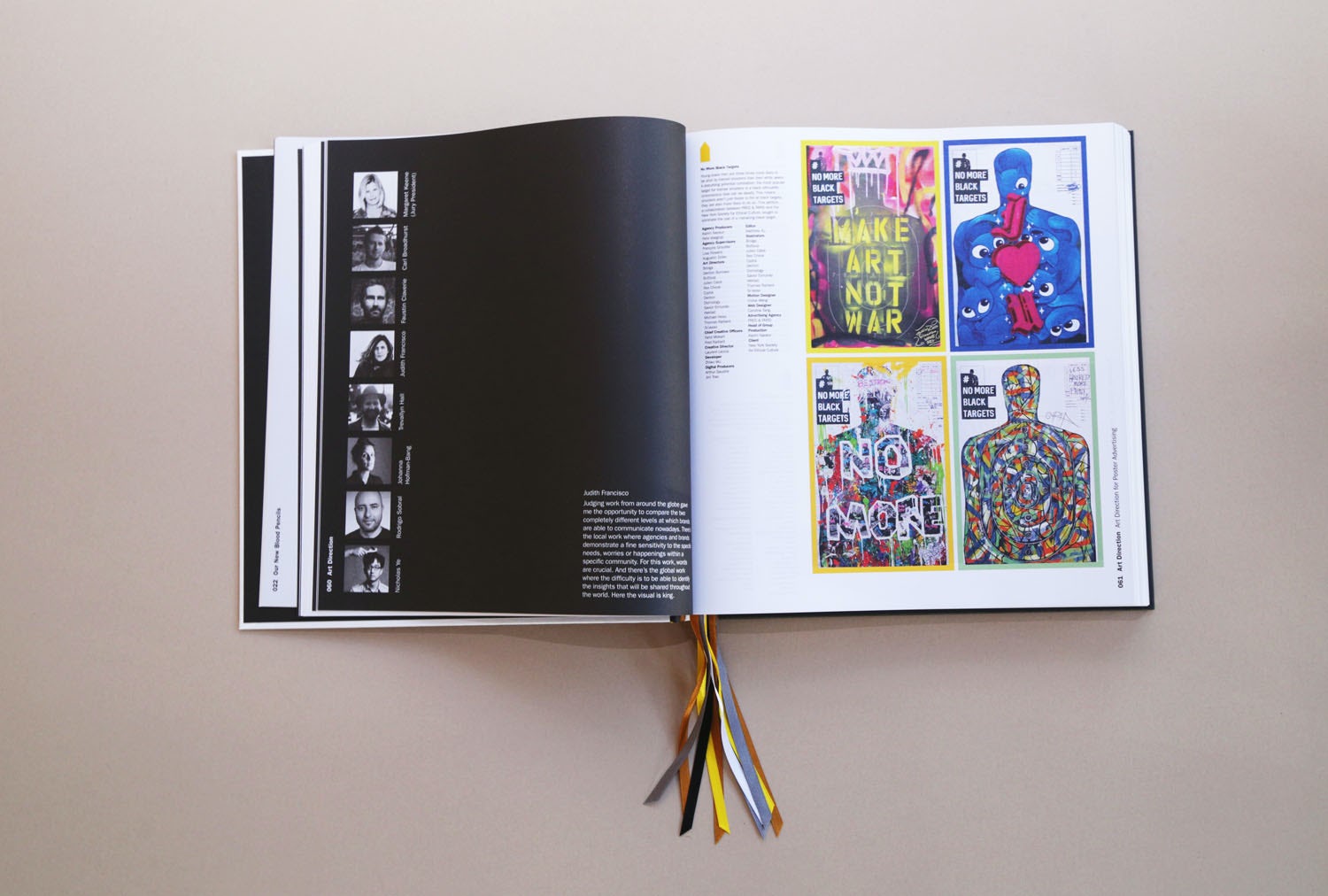 This playful approach to copywriting runs throughout the book – each chapter title begins with an ‘&’, referencing the ampersand in D&AD and reminding readers of the organisation’s mission to bring design and advertising together. The bold black-and-white design is loosely reminiscent of Experimental Jetset’s ‘John & Paul & Ringo & George’ t-shirts for 2K/Gingham – a design that inspired countless parodies and homages (as documented by the studio here). 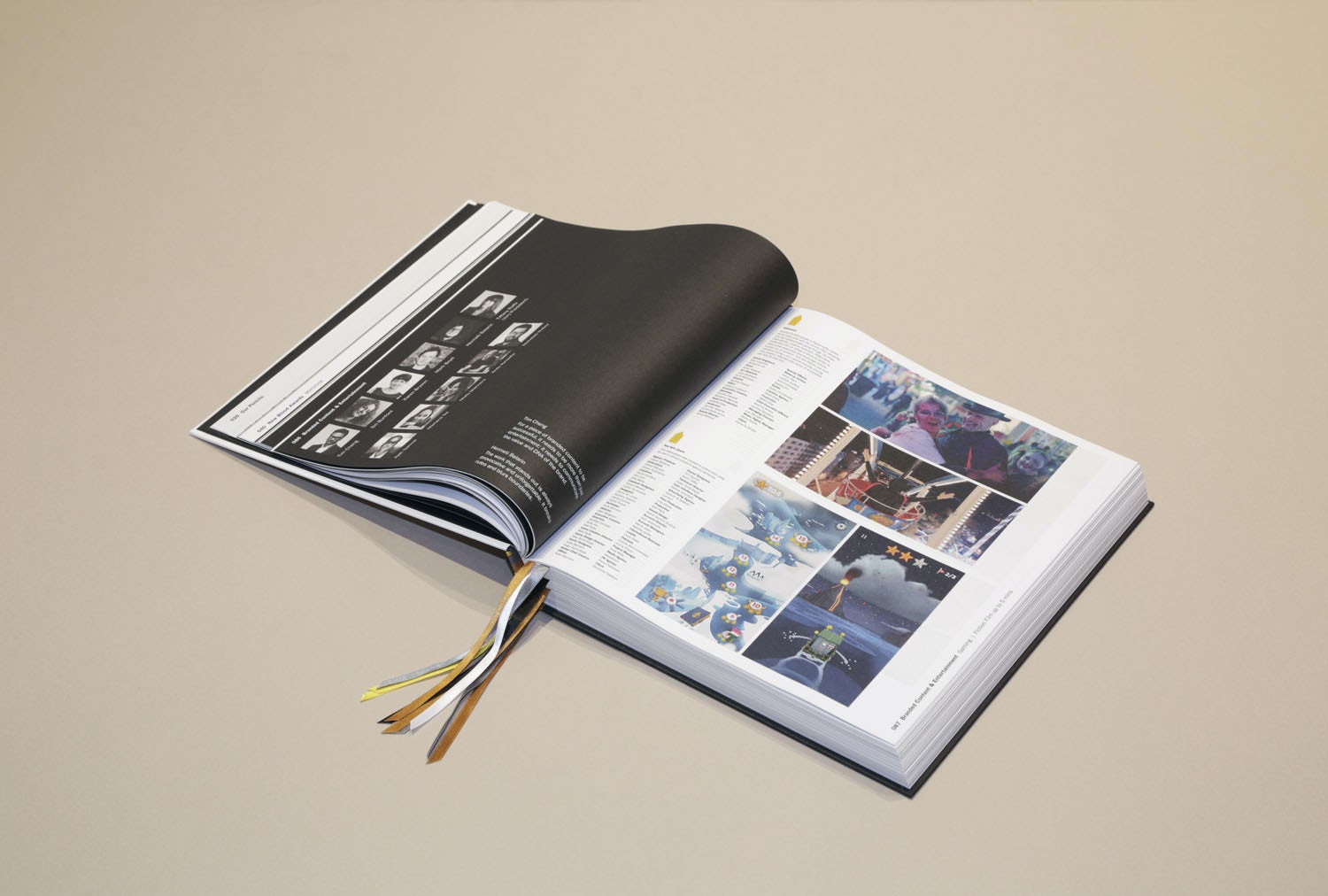 Sutherland says he wanted the book’s design “to celebrate the work without getting in the way of it”.

“We wanted to create an element of interaction that allowed readers to award their favourite work with D&AD Pencil-coloured ribbons. I also felt that book spines are often neglected, even though it’s the most seen part of a book, so we created this effect of the coloured stripes on the spine spilling out of the book itself,” he adds. 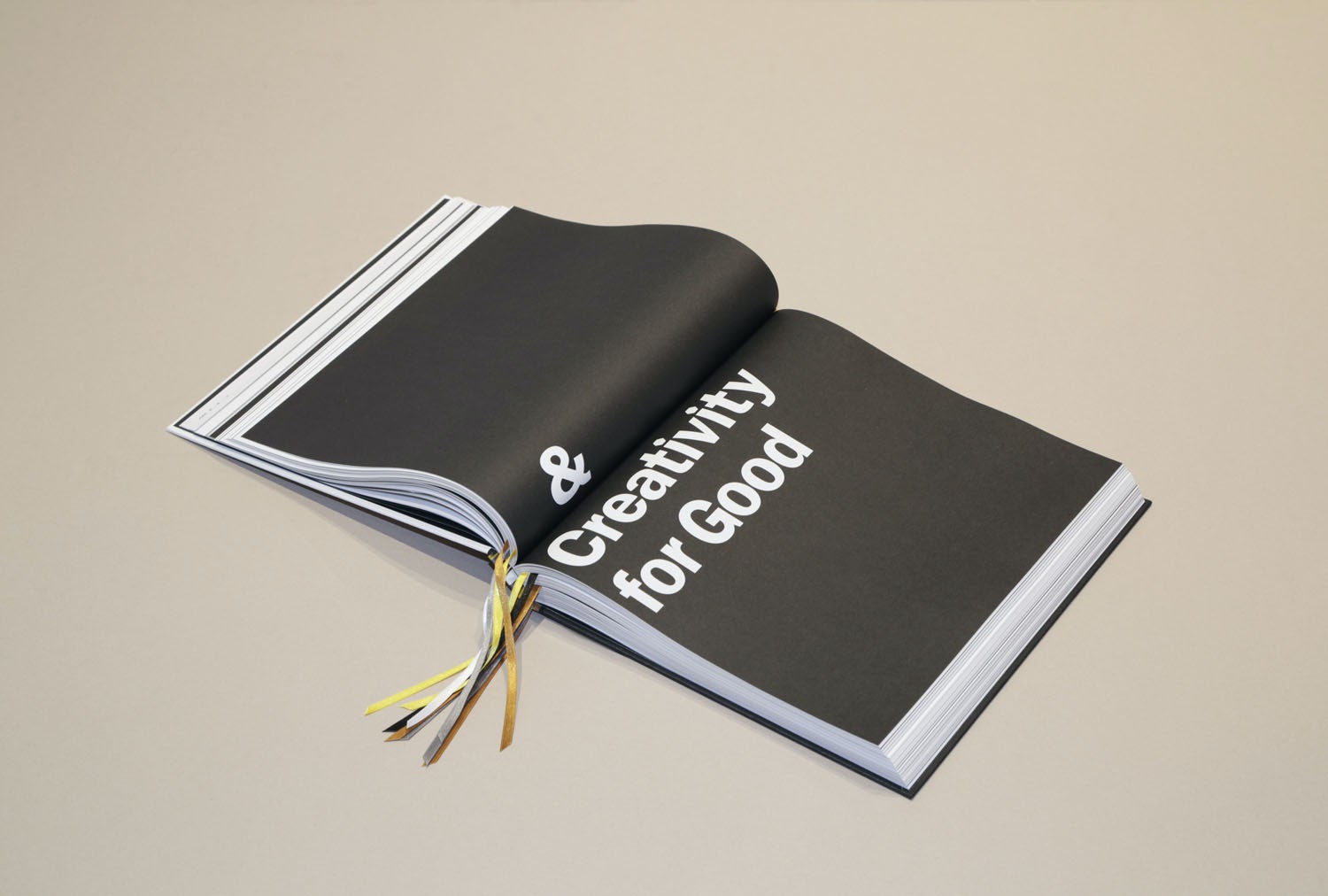 It’s an elegant design and one that also provides a subtle nod to the idea of the Annual as a kind of Bible for people in the creative industries – a publication that readers can refer back to for guidance and inspiration.

D&AD President Bruce Duckworth says: “I asked Jim not to think of the book as a flat object, but rather as 3D, which is exactly what this design does with the dramatic bookmarks and the whole design revolving around the spine…. Incidentally, the inspiration for multiple ribbons comes from Bible study, which somehow seems appropriate.” 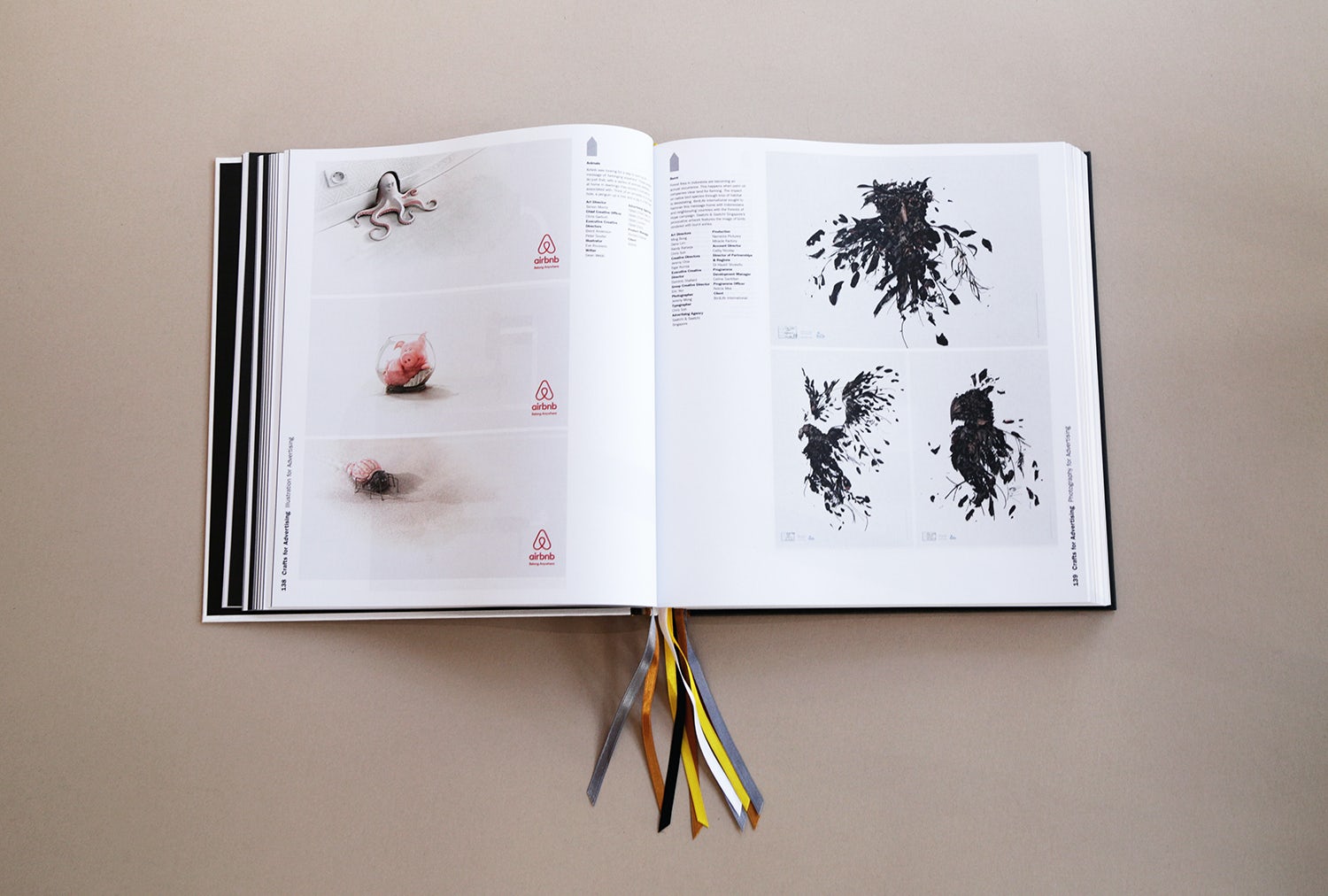 The book costs £75 and you can order copies from dandad.org