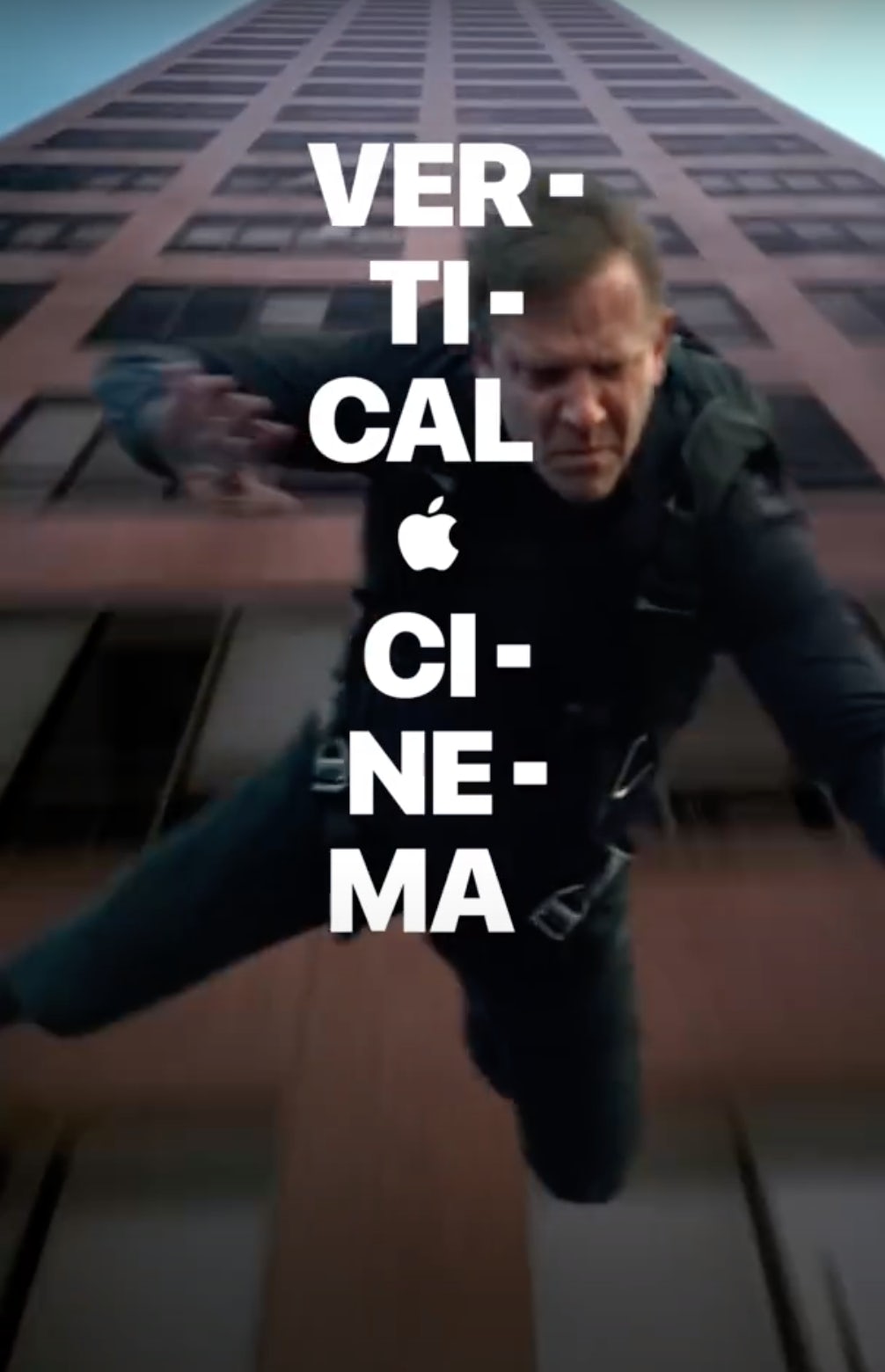 Chazelle’s film is a nine-minute romp through the history of cinema, taking in genres from Westerns to noir, the scenes threaded together via the experiences of a movie stuntman.

It’s beautifully shot but what truly sets it apart is the decision to film the whole thing vertically – the natural way we tend to hold our phones to film – which opens up a wealth of new angles and effects to explore.

“Part of the fun of this was to think purely in terms of the vertical aspect ratio,” says Chazelle in a making-of video that has been released alongside the film. “I just think back to when I was a kid and playing with much less sophisticated technologies, little VHS camcorders and things like that and just trying to do my version of Hollywood movies with what I had.

“One of things that’s really fun about playing with vertical aspect ratio is how you can play with what the eye sees when, and the way you can get an audience used to looking up and down rather than left and right, which is what they’re used to,” he continues. “I definitely think this little piece we’re doing is just the beginning step in terms of experimenting, there’s a lot more that can be done.”

Chazelle’s film follows works by other big-name directors, including Michel Gondry and Theodore Melfi, in the Shot on iPhone series.