Savage frequently works with clients like the New York Times, Adobe and Samsung, but Igneous was one of the personal projects which form an important part of his practice.

“While I’m constantly drawing and experimenting on my own, I try to do at least one bigger standalone personal project a year between client work,” says Savage. “It’s the fun part of the job. It’s hard to grow without that balance.”

Yoon Su Lee collaborated with Savage on the animation, when she was working with him as his summer intern. “She’s a CalArts experimental animation student, so it was a perfect fit,” says Savage. The short uses sound by Ambrose Yu but no dialogue, looking at this complex subject in an abstracted, but very moving way.

“I never considered dialogue: I was more interested in expressing emotion abstractly,” says Savage. Rocks prove a potent metaphor for loss and change, despite their solidity. “The title Igneous is related to the melting rocks and what not in the film. Nothing too deep there,” he adds.

The sensitive movements and smart use of morphing natural shapes and forms mean the short doesn’t explicitly deal with death; but hints at it in nuanced, poignant ways. The subtlety means that he explores the complex, and often very personal theme of losing a parent in simple, universal forms with a sensitivity and wit that more direct representations can lose.

The style and colours used in the film were inspired by Savage’s visit to Arizona. He uses a mix of bright pink against a black backdrop alongside darker shades of mustard and naturalistic, desert-like tones to depict the landscape. Savage describes the technique he used as being inspired by “replacement animation … the idea of ‘replacing’ various rocks to make animation”. He did this in 2D, drawing the rocks instead of photographing them. “I try to do stuff I haven’t seen before when possible,” he says. “Low frame rates try to combat the slickness of computer animation.”

He adds: “The film was inspired by daydreaming while driving through the south western landscape. It was an abstract way to express the feelings that came with the loss of my dad which happened on a road trip while I was a kid.” 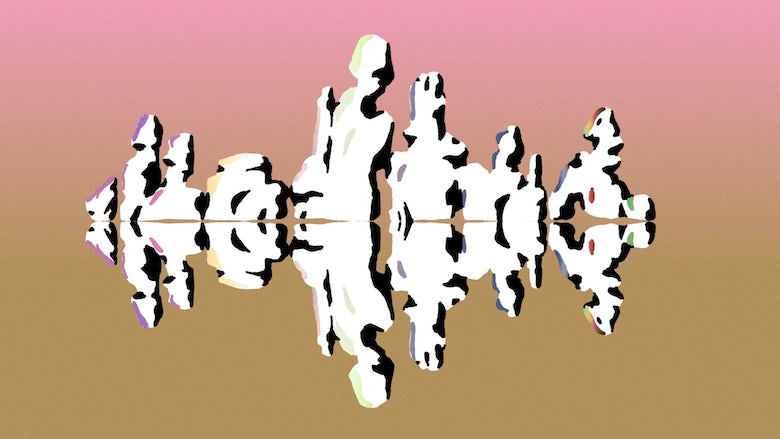 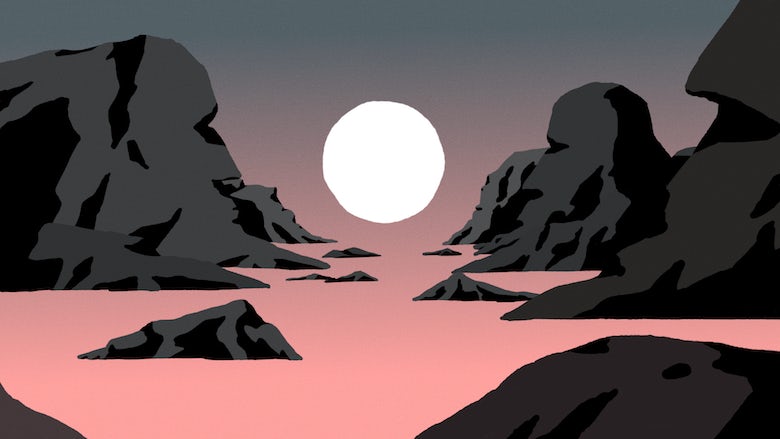 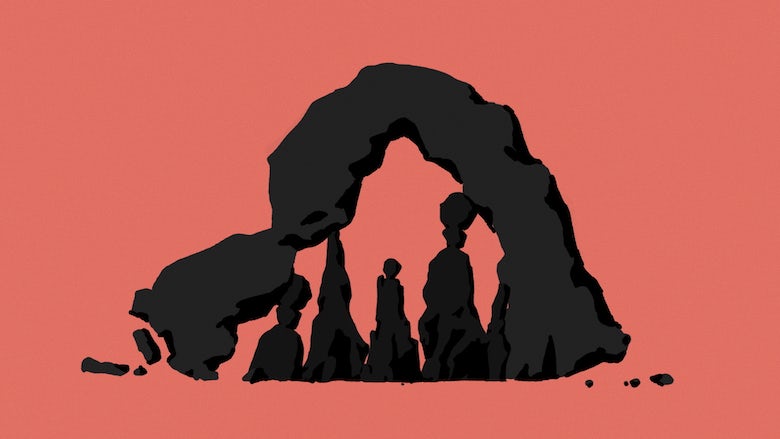 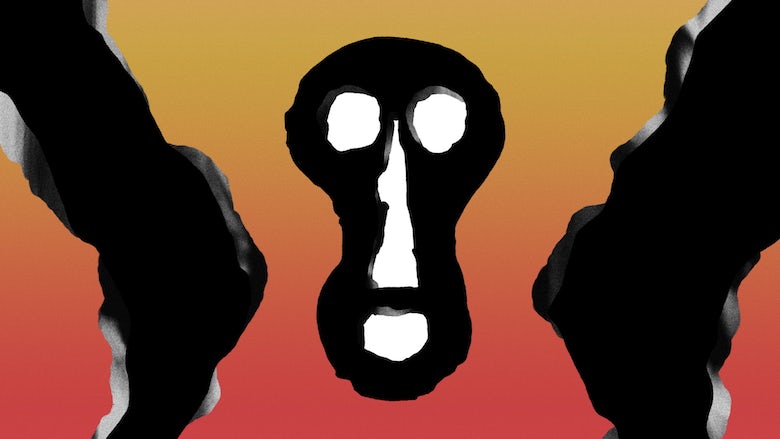