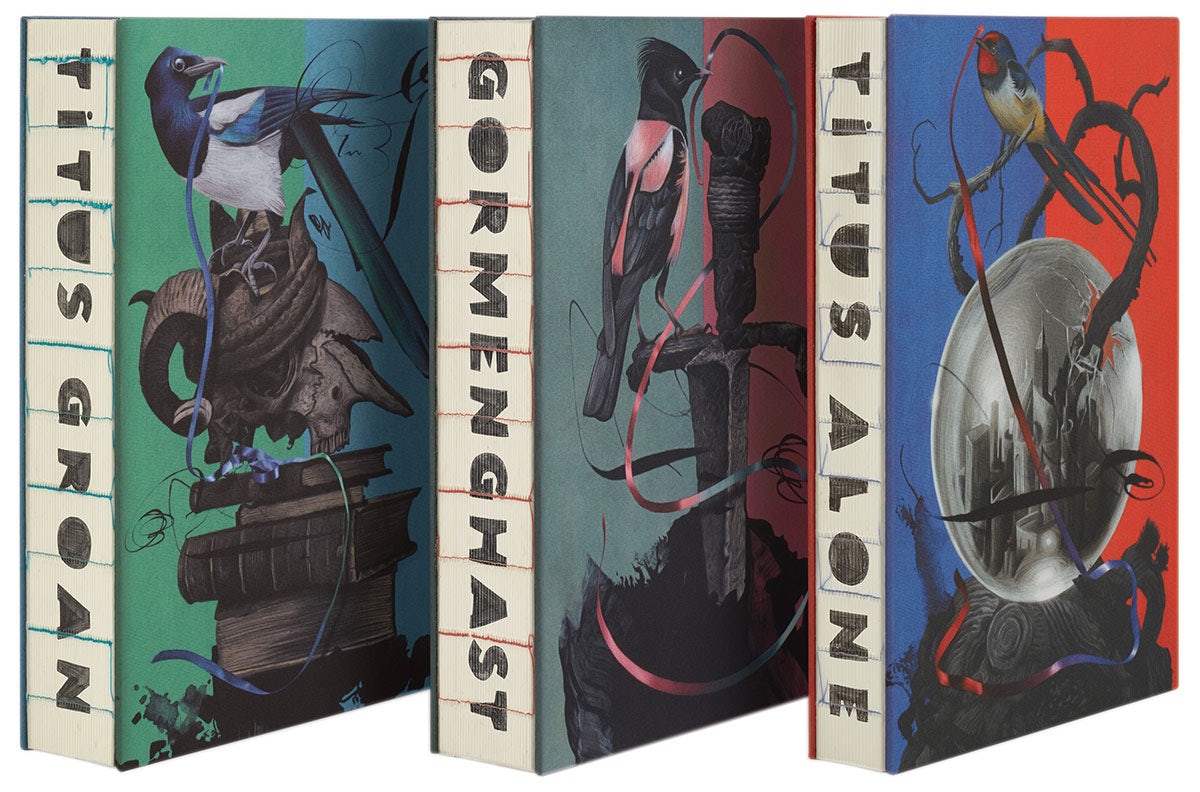 The new box set edition is published by the Folio Society, and encompasses all three books in the series – Titus Groan, Gormenghast, and Titus Alone – penned by late author Mervyn Peake. Dave McKean’s artworks offer a fresh visual interpretation of the fascinating, gothic world of Gormenghast, with his work drawing heavily on the bird motifs that run throughout the novels.

The collection features open-spine bindings, cloth-bound covers and a hand-made presentation box – the latter boasting a hypnotic maze design that references the labyrinthine castle in which much of the story takes place. Alongside the books themselves, there is an exclusive art print of the story’s iconic villain Steerpike. 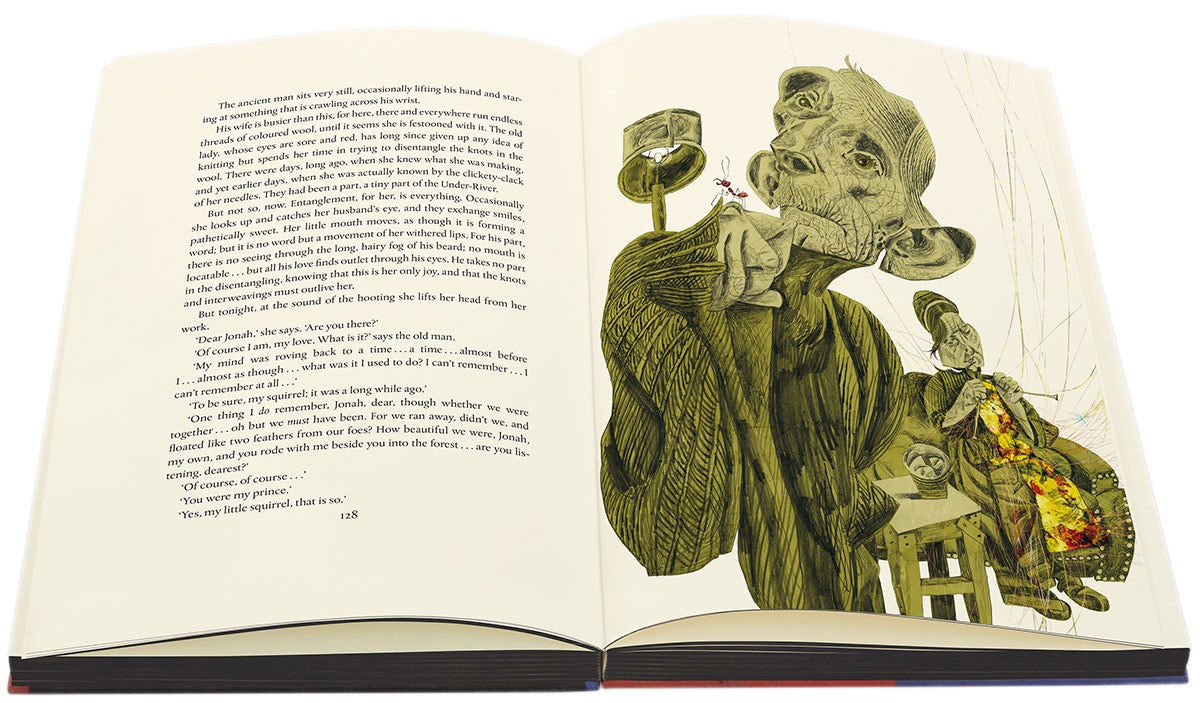 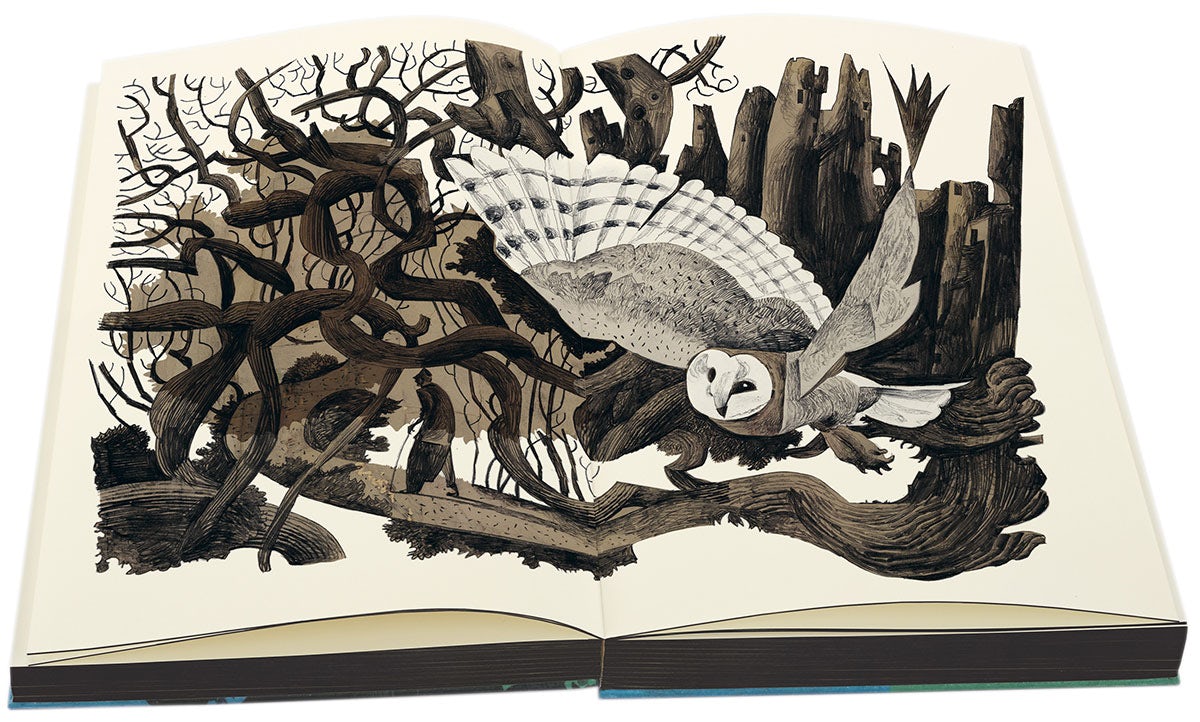 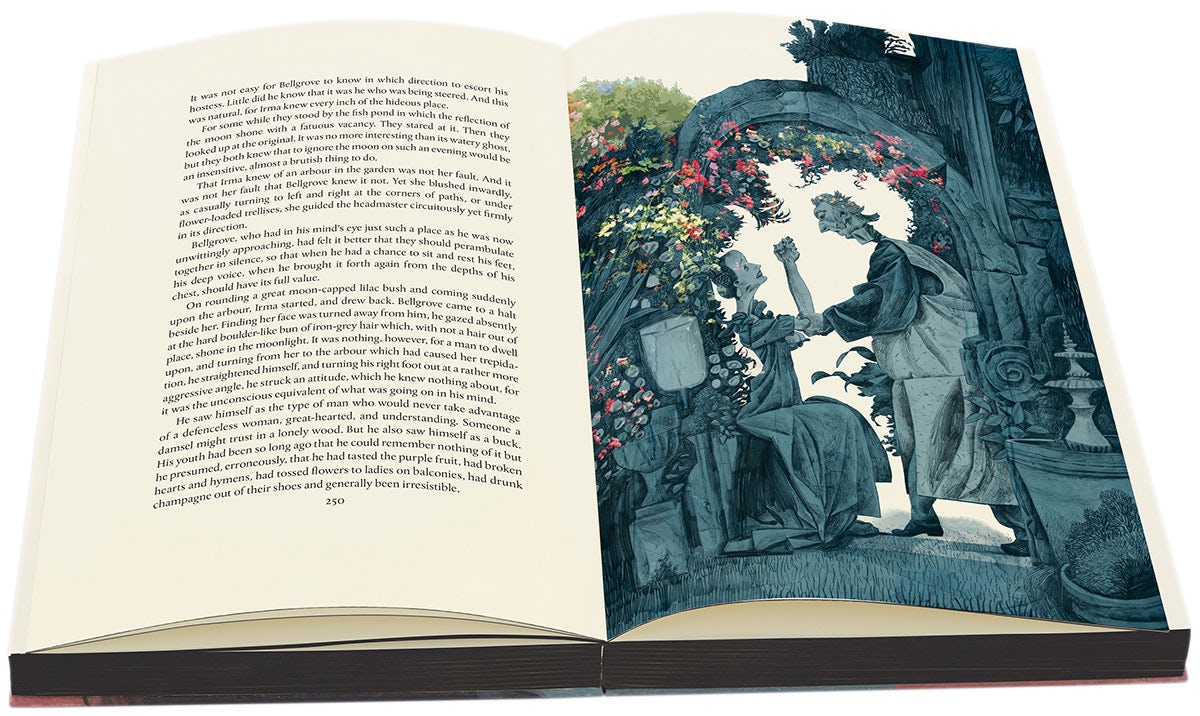 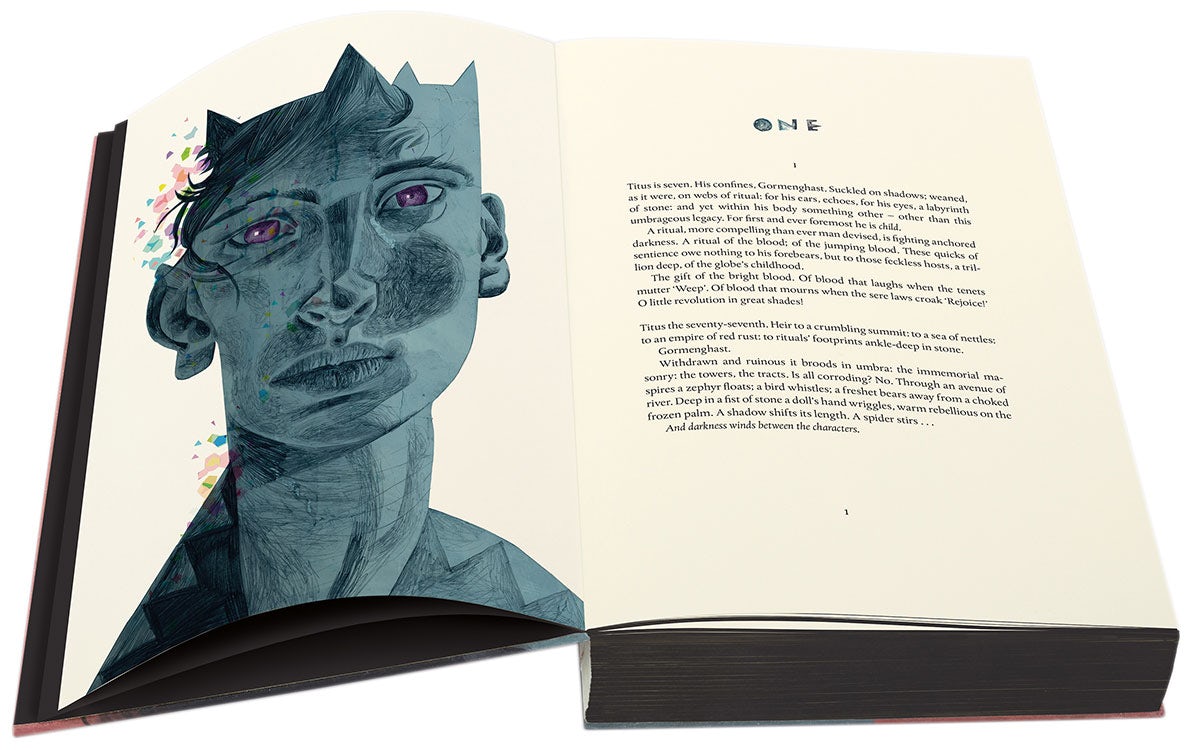 Rather than lean into the dark colour palettes associated with gothic fiction, McKean instead draws inspiration from the series’ “often overlooked sense of passion and colour”, presenting bold designs and a painterly style that render the characters and architecture of Gormenghast Castle in beautiful detail.

The artist has illustrated and designed several of his own books, as well as contributing work to magazines including the New Yorker and Playboy. His illustrations also accompanied the 1989 release of Grant Morrison’s hugely successful Arkham Asylum graphic novel. 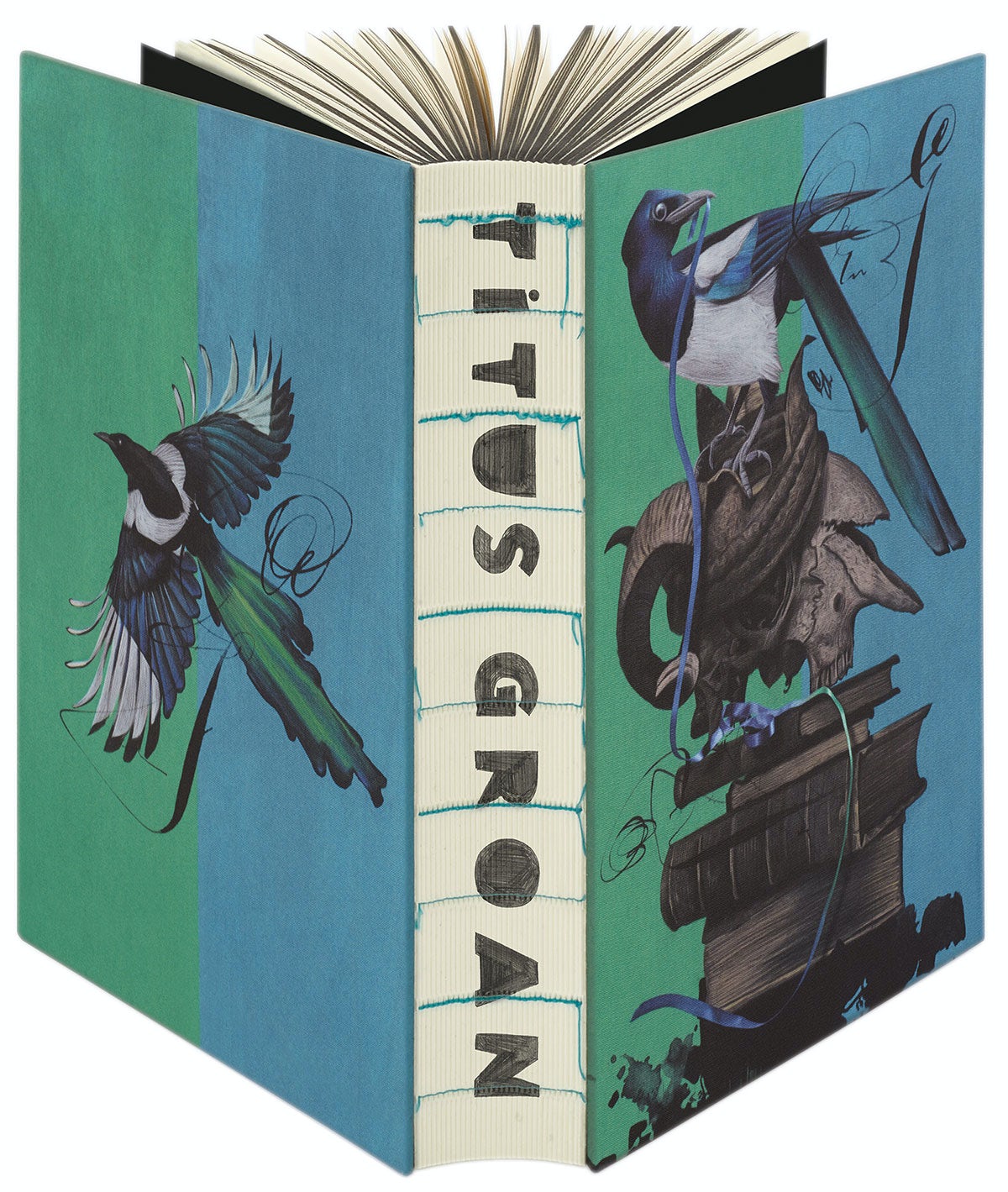 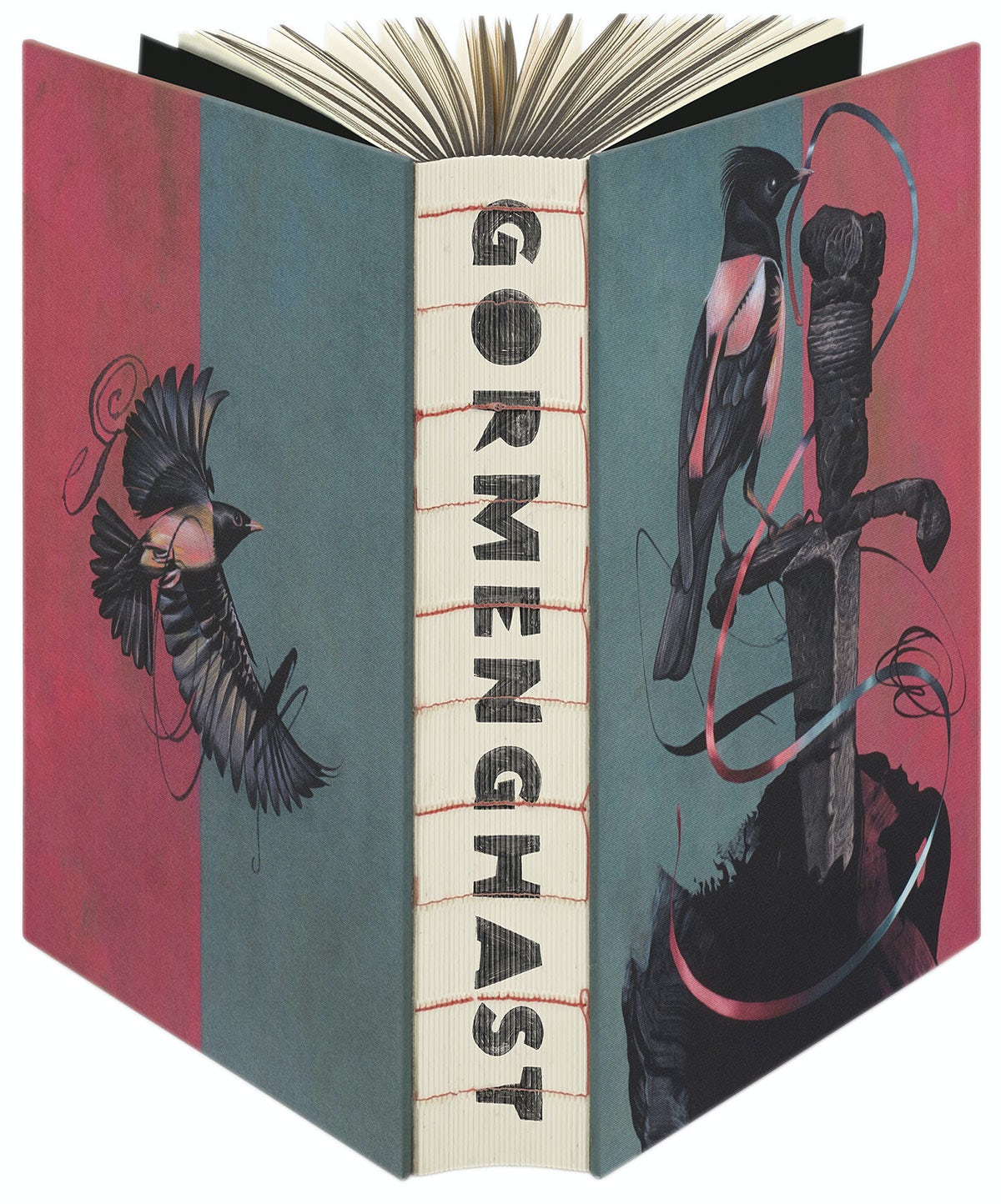 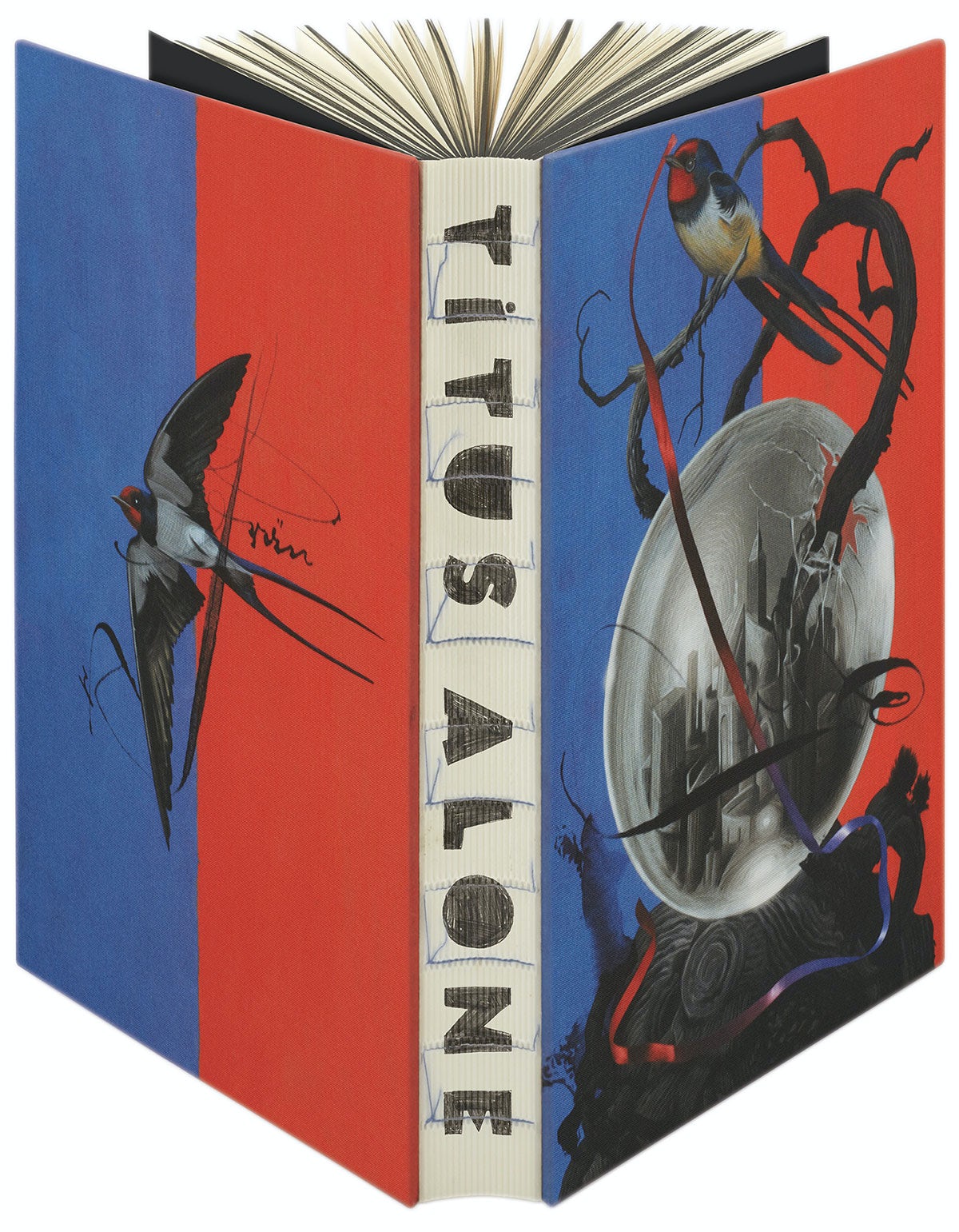 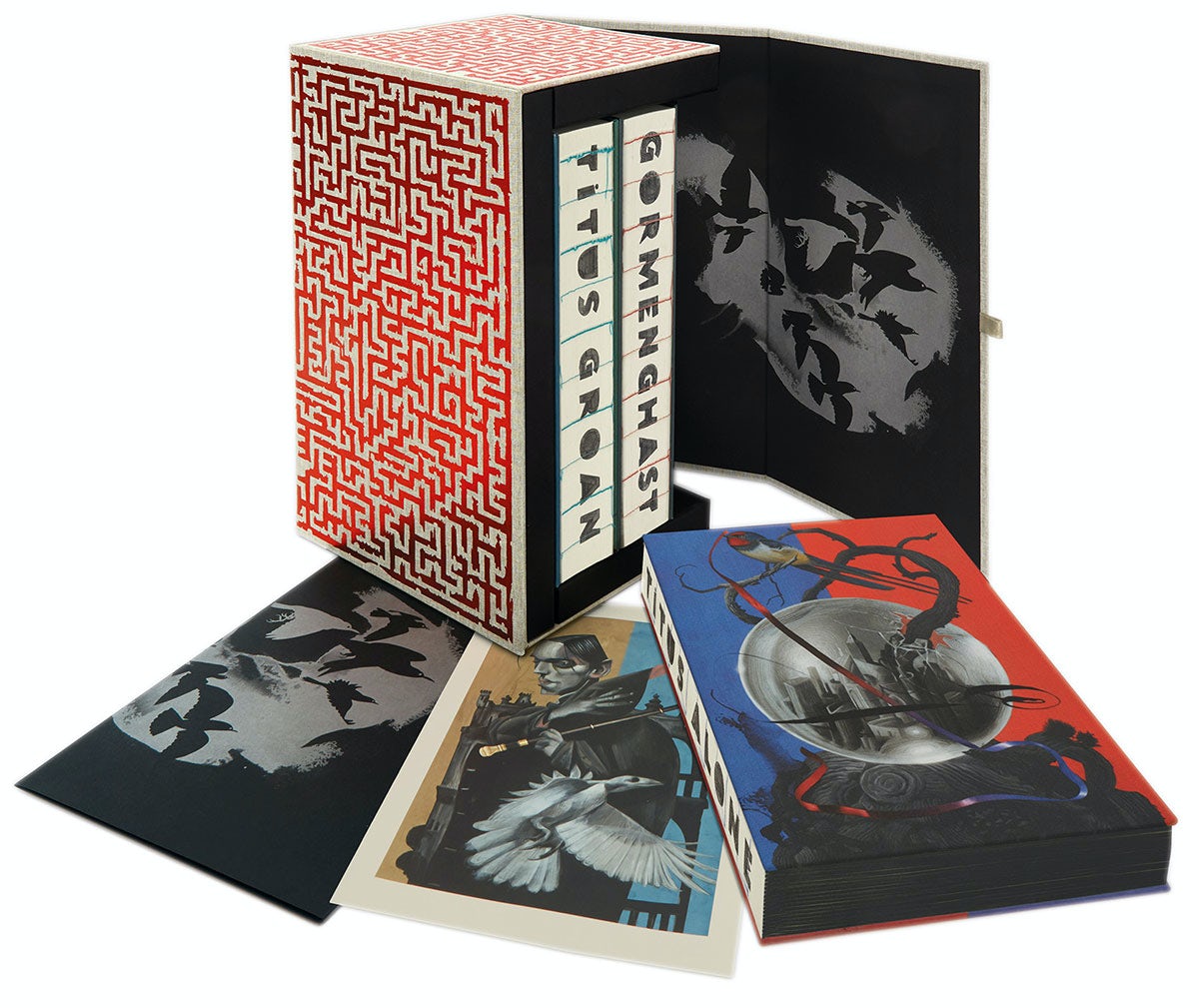 The Folio Society’s Gormenghast trilogy is introduced by fellow English fantasy author Neil Gaiman, who has added his signature alongside Dave McKean’s to a label that adorns each set – only 750 of which will be published.