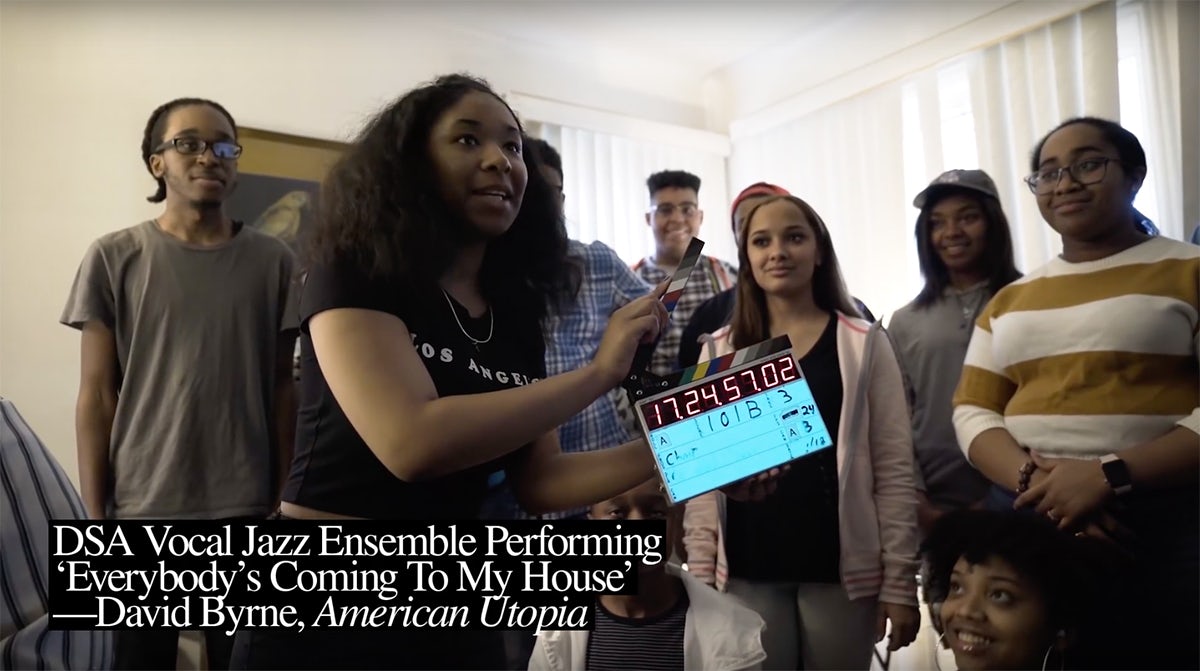 Byrne says the project was the idea of musician Eric Welles-Nyström of the Luaka Bop record label. The pair met when Welles-Nyström was working on a project to rediscover the work of influential Nigerian musician William Onyeabor.

“[Eric] came to me with an idea – what if we invited students and aspiring artists, filmmakers, choirs, animators, directors and actors in sometimes overlooked and underestimated cities and communities to create videos based around the songs on my new record,” Byrne writes on his newsletter. “Besides having the potential of being really cool and inventive interpretations, this project might give the creativity tucked away in so many corners a chance to be seen and heard. Eric wanted to find people who personally embody the positivity I’ve been sharing in my Reasons to be Cheerful project—or who are actual representations of an American Utopia.”

For his Reasons to be Cheerful project, Byrne has been collecting stories of positive change in the world – such as advances in dealing with climate change or innovations in urban transport. The stories sit on the project’s website but also form the basis for a lecture tour.

In the first video (above) The Detroit School of Arts’ Vocal Jazz Ensemble perform Byrne’s single Everybody’s Coming To My House at the home of their Choir Director, Cheryl Valentine.

The school was paid for its involvement and will receive the streaming royalties from the video which was, in part, filmed by students in its Radio and TV Department.

“This interpretation is transformative,” Byrne says. “To my eyes and ears it completely changes the meaning, heart and soul of the song. It is more welcoming and becomes more about inclusion and joy. We ARE all in the same house – if we want to be. I’m jealous, in some ways it’s better than my own version.”

See more about the project here and here