Creative Review: What prompted you to do the new site?

David Foldvari: I took my old site down a while ago, but then started working on a number of long-term projects which had to be prioritised. Once those ended, I got some time to focus on making new work without any of the usual constraints or financial pressures. I took down all the old stuff because in all honesty I felt limited and a bit boxed in by the kind of work I had become known for, and I felt like I had new things to say. I started out way back in ’96, so one way or another I’ve been making a living from doing this for almost 20 years, which in illustration terms is very a long time. I really just felt the need to take a step back and think about what I was doing. But I think that’s a fairly normal part of life for everyone, it’s difficult to do anything for 20 years without the need to stop and re-evaluate.

CR: Can you tell me about the personal work for the site – why did you decide to have a break from commercial projects?

DF: One the most important things for me at this point is to keep my work evolving and moving in a direction which is genuinely meaningful to me. I was starting to feel some disconnection from the commercial work I was doing, both stylistically and in terms of content, and the roots of that were connected to the way I dealt with my personal work, so I had to allow myself a bit of time to focus on almost nothing but personal work for a while. I’m sure this is a fairly common thing with illustrators – everyone has to prioritise commercial work, but it’s very difficult to express yourself through nothing but that, and things get very stagnant if you allow that to take over everything else. 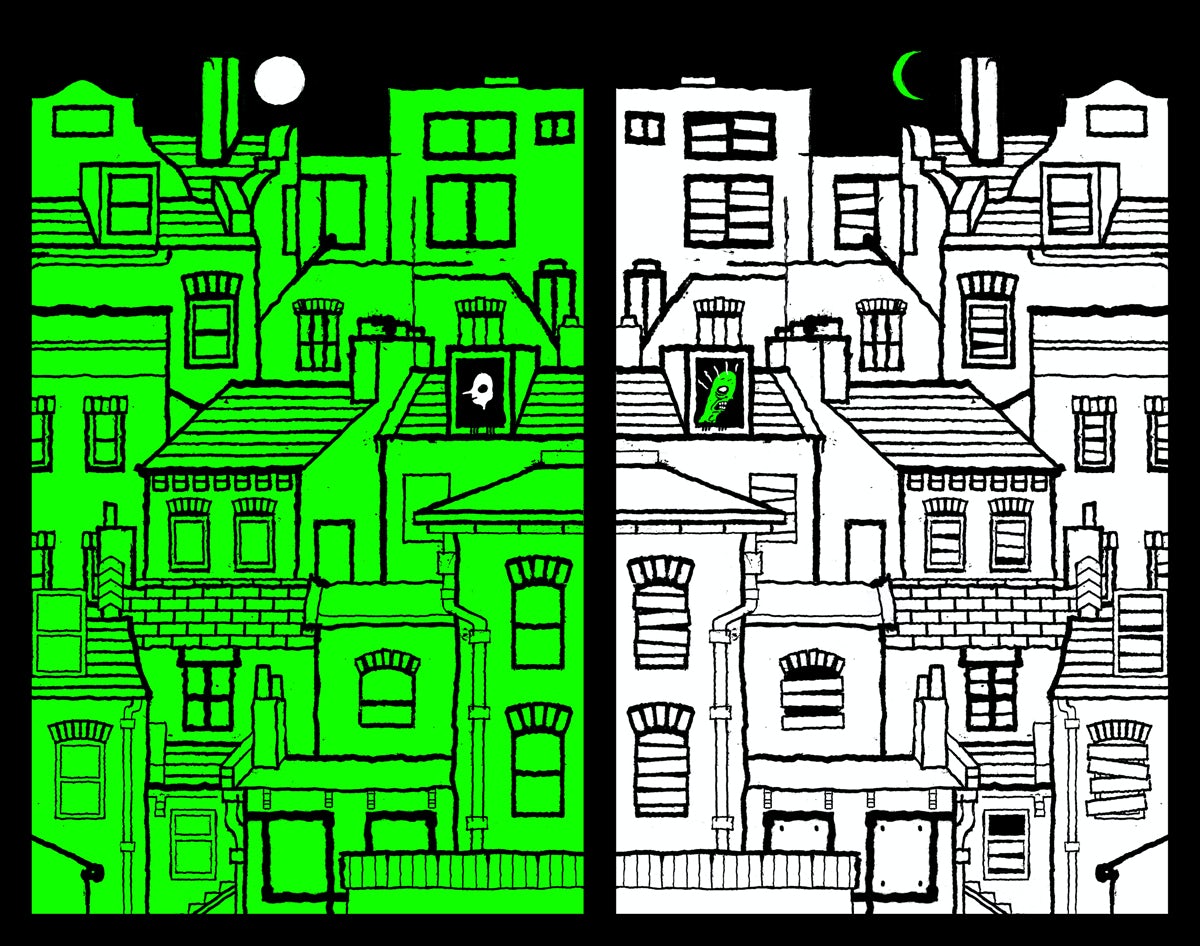 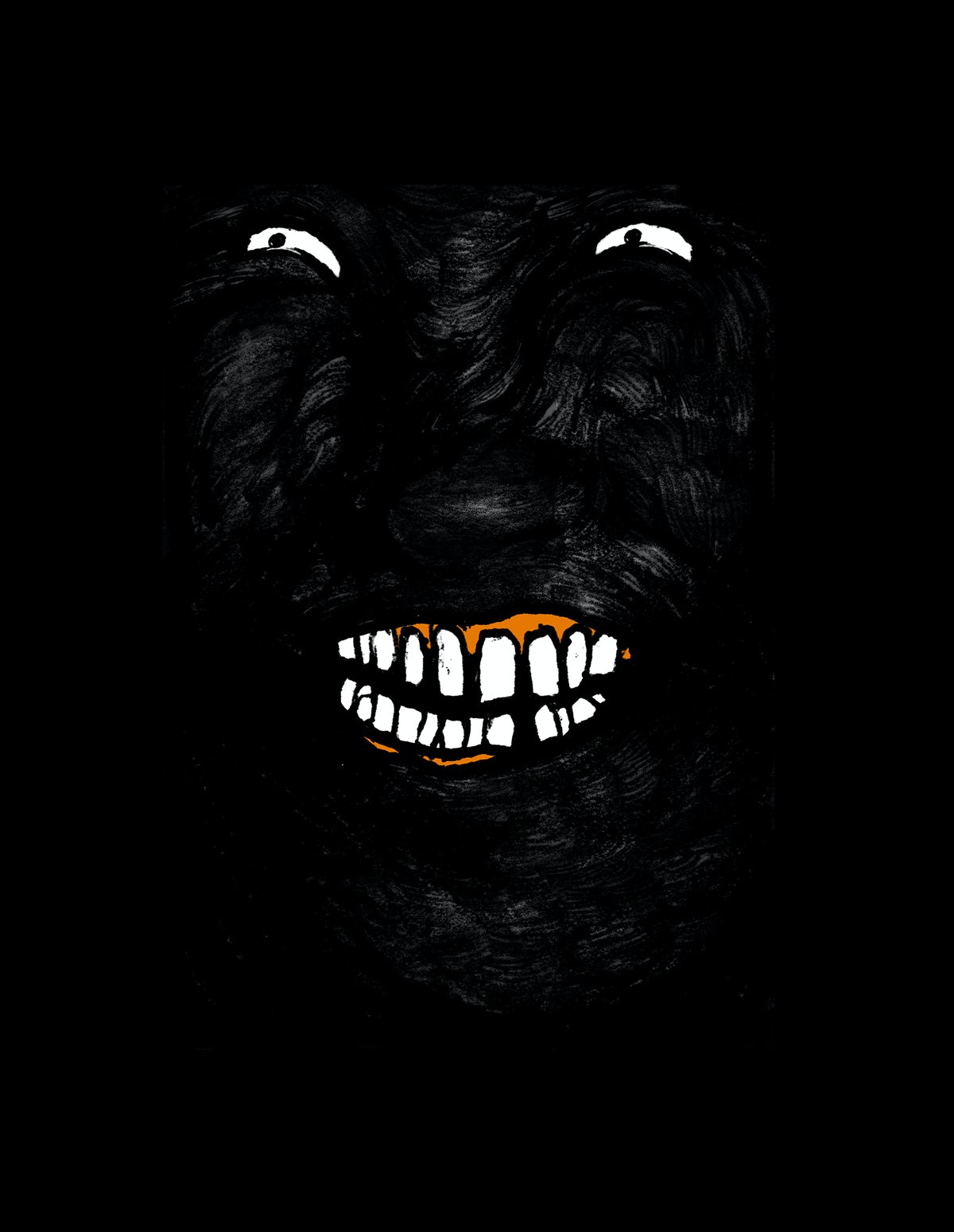 CR: What new themes/ideas/approaches have you tried out in the personal projects?

DF: In terms of content – I feel like there is some apprehension in dealing with political and social issues in illustration at the moment. In a lot of cases it’s either avoided almost completely, or dealt with in a very crude way. I don’t really want to explicitly express my own political views through my work, but I find it difficult not to react to what’s going on, and that invariably feeds into the work I’m making. I don’t see what I do as grandiose social commentary, but more as something that allows me to explore difficult subject matter, and use it as a starting point – partly to help me try to make sense of things that make me anxious, and partly because I find it much more interesting and challenging than avoiding thinking about it altogether.

In terms of new approaches, the animation is something I’m really into, and that definitely came from feeling the limitations of my old work, and just generally feeling like static images were not always enough to say what I wanted to say. I wanted things to be more intense and include movement and sound, but still essentially feel like my work at the core. It also allows me to connect sound and drawing, and that’s something I’ve been wanting to do for a really long time. Technically speaking the animations are not complex, but minimal digital manipulation is what seems to suit my work, and they are without a doubt inspired by the things I watched as a child, depressing Eastern European animation from the 60s and 70s, made with limited and basic equipment by people like Julian Antonisz, Ryszard Czekala, Jan Lenica, Sandor Reisenbuchler and people like that. I love the aesthetic of animation from that era, even though I’m not sure if anyone still cares about those people and their beautiful work any more. 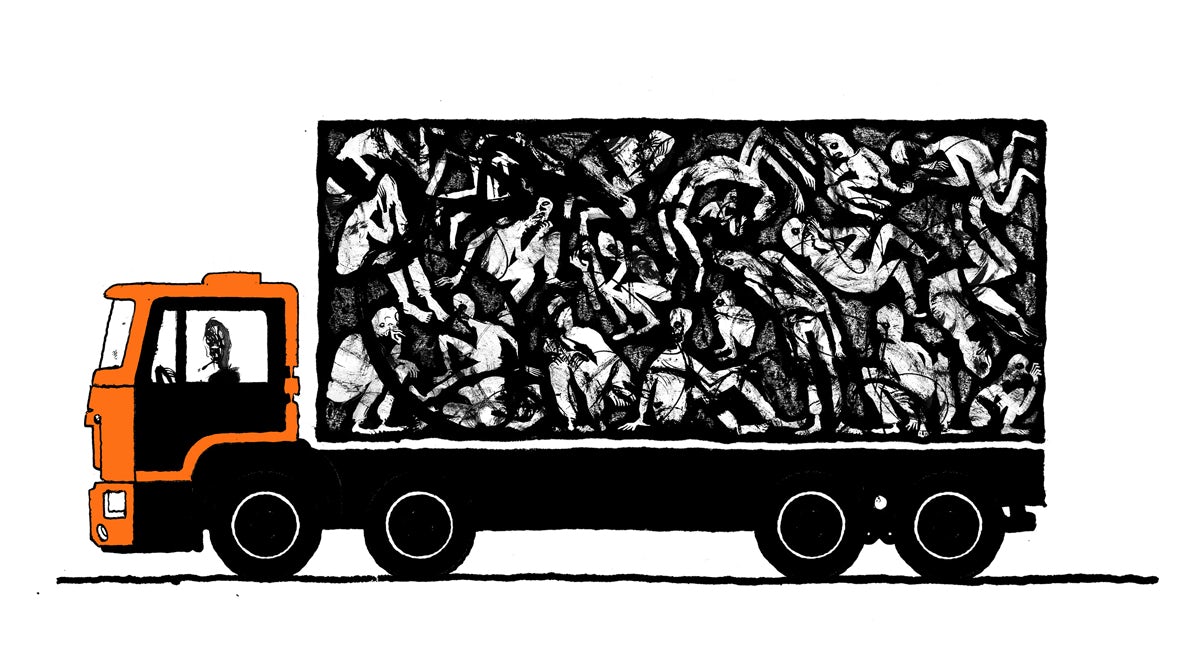 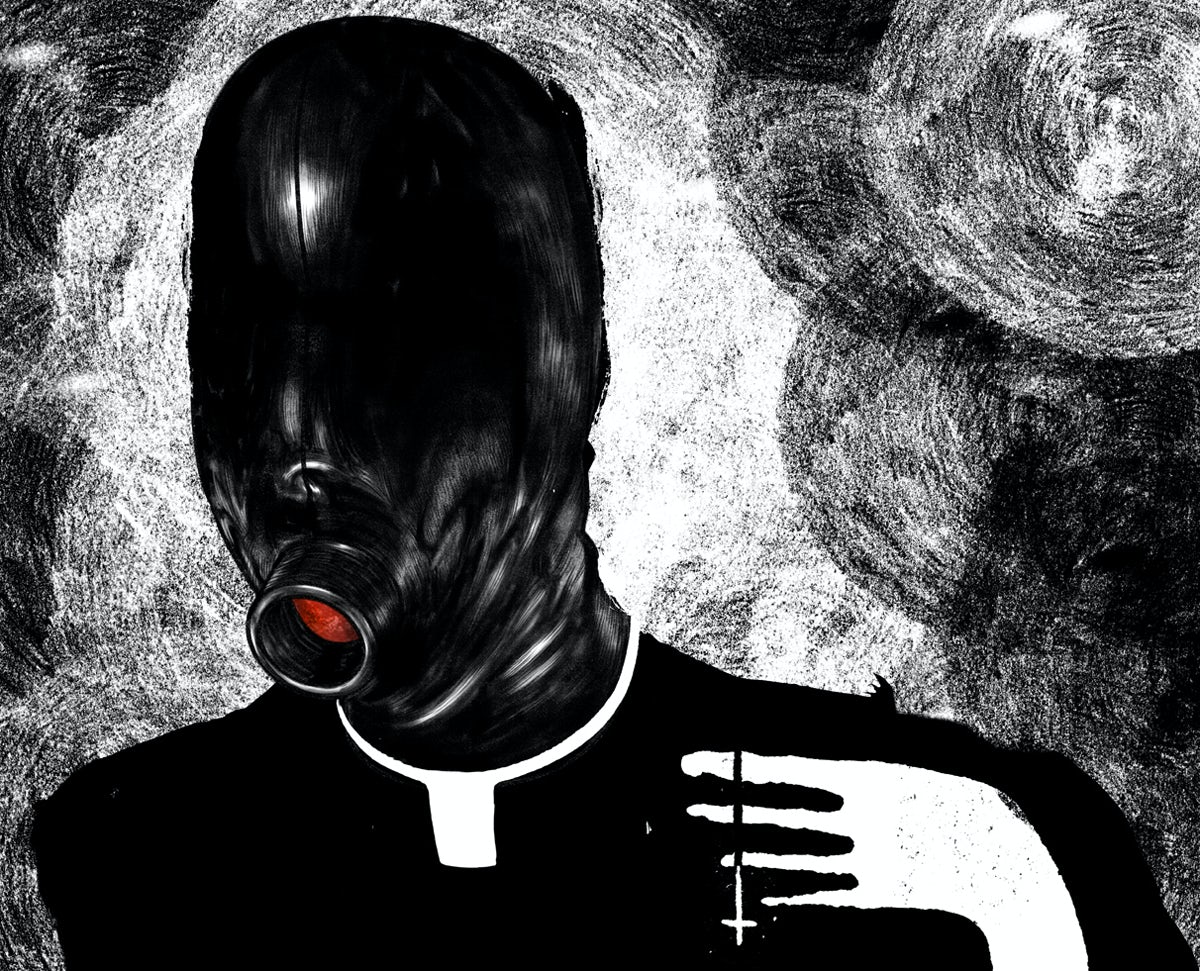 CR: Do you think there is a risk that illustrators can become over-exposed in their commercial work, or that clients just want the same work again and again? Is that part of the reason for the break?

DF: Yes, I totally think that, and it’s a big part of the reason why I felt the need to be quiet for a while. You can get stuck in a loop of doing the same thing over and over again, which leaves no time to develop anything new. I don’t think I was ever really over-exposed as much as many others, but my work did get a lot of attention a few years ago, and it led to lots of people trying to emulate it. I’m certainly not the only one that’s happened to, it’s been a repeating pattern in illustration ever since I’ve been involved in it. But when that happens, your work is in real danger of becoming a cliché of itself. People always say that you should take it as a compliment, but it just makes me cringe, I see it as a warning to move on and evolve. Which is ultimately a good thing anyway.

CR: You do a lot of work for the Observer – can you tell me a bit about this relationship? Do they give a lot of direction in the illustrations they want?

DF: It started with Charlie Brooker’s weekly column in the Guardian G2 in 2006, and then David Mitchell’s column in the Observer from 2008, and I currently work on Stewart Lee’s weekly column, which I love. There is a very quick turnaround on these, normally a half-day deadline, I get the text in the morning and it’s in by around lunchtime. The Observer has always been my favourite, because I feel like there is a certain amount of trust there which has developed over time, and the fast turnaround means it’s a very unique way of working, I like the intensity of it a lot. I don’t always get it right, and sometimes I have to change stuff at the last minute (if i’ve done something that’s a bit over the top, or infringing on copyright etc). But generally it works out well, they’re really good to work with, and of course the writing is consistently of a really high standard. 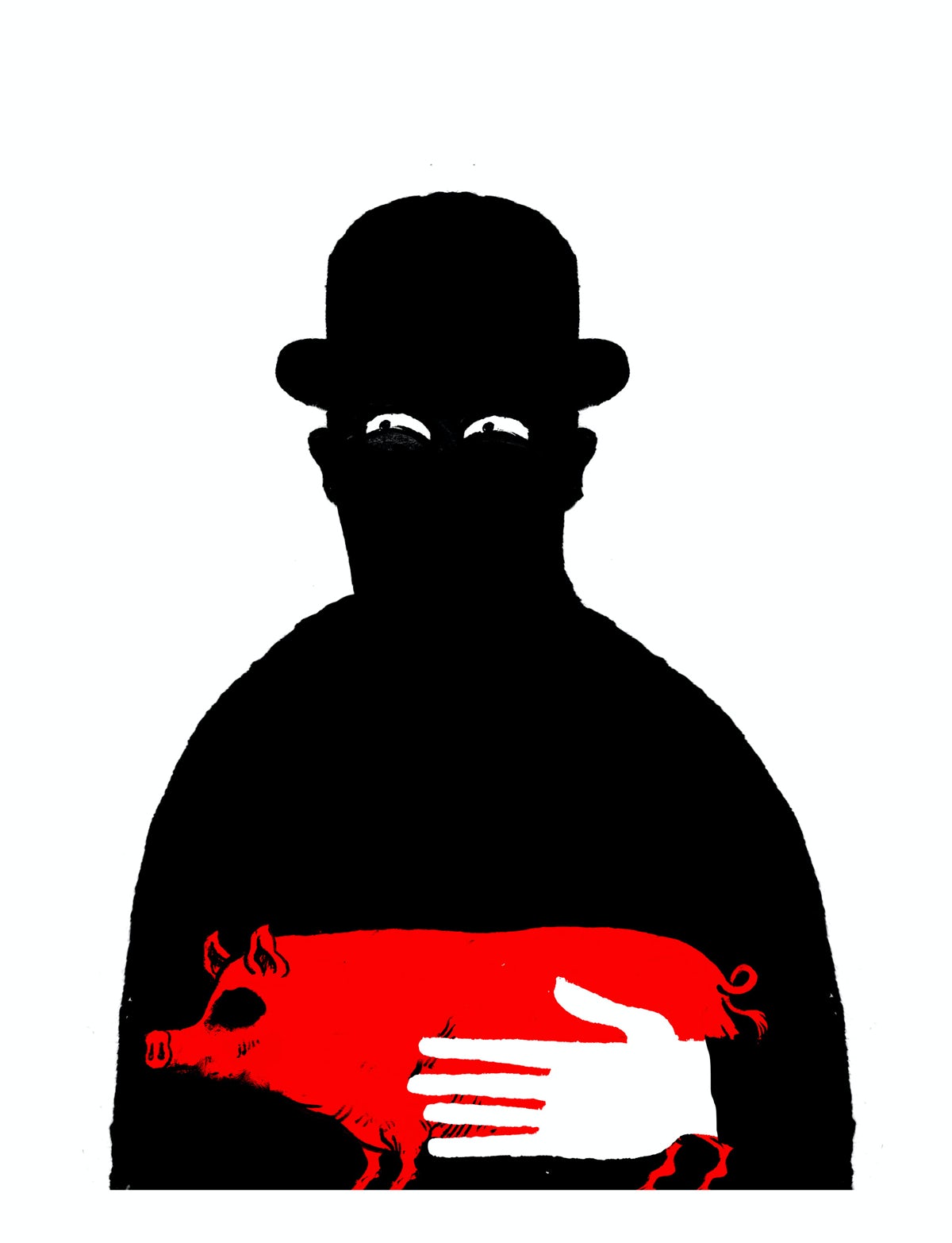 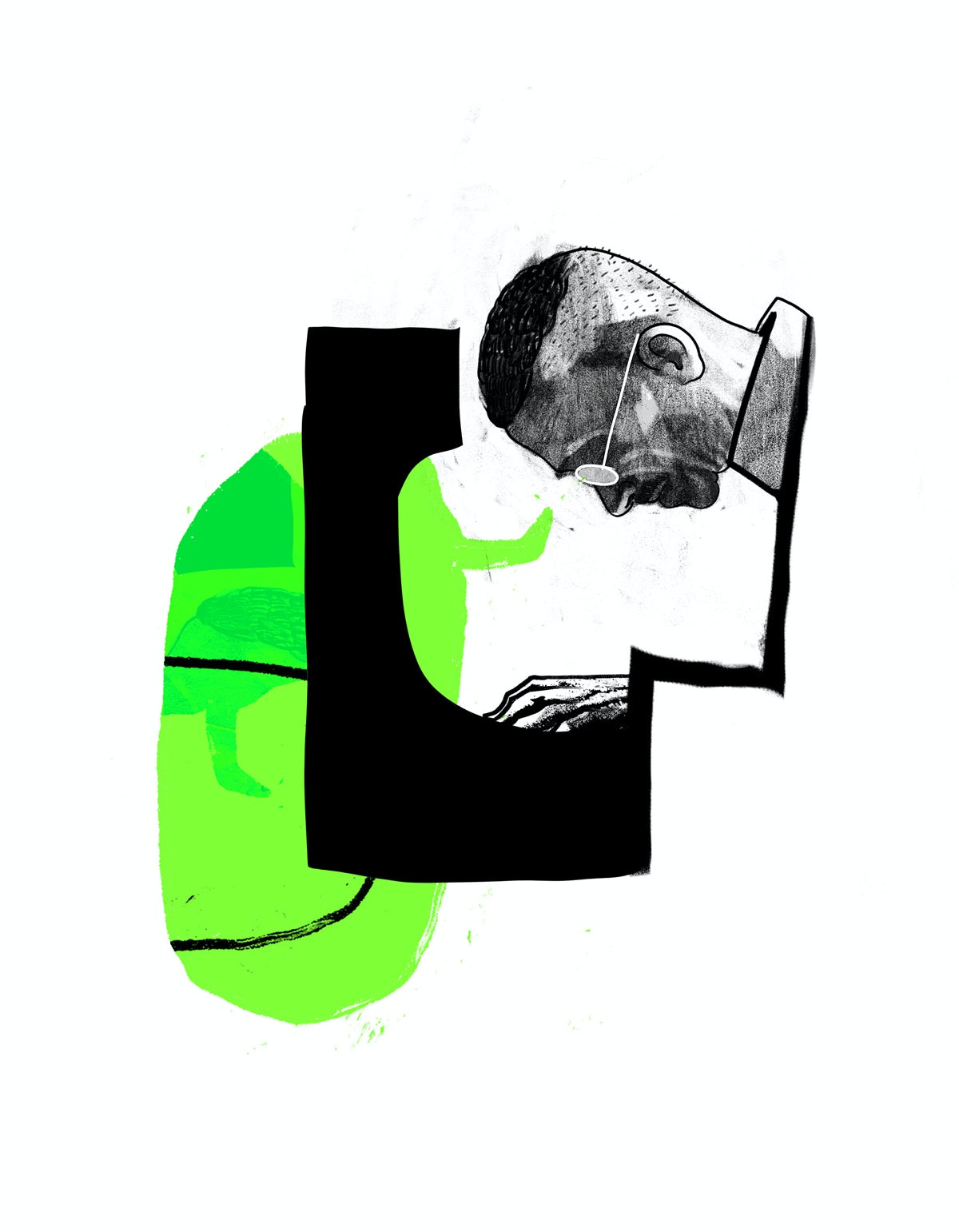 DF: Everything I do starts as a small thumbnail in a sketchbook. After that it depends on what I’m doing, but usually more drawing, and collaging of drawings until it feels right. Some of that happens in a sketchbook, and some of it digitally, depending on context. The animation is the same, it starts with a basic idea which leads to a series of drawings, which then go through a series of cuts and edits until it feels like it’s saying what I want it to say. The sound is made here in my studio using some digital stuff, a microphone and a bass amp (I play bass when I’m not doing this). I throw away a lot of meticulously drawn stuff, and I keep a lot of accidental stuff. Sometimes I will finish a piece of work and go back to a ‘broken’ version of it which feels more ambiguous and open-ended, and that often ends up as the final.

CR: What’s coming up next for you?

There are a couple of things I can’t talk about yet, but in terms of personal work, more intense short-attention-span moving image stuff, that’s what I’m most excited about right now. 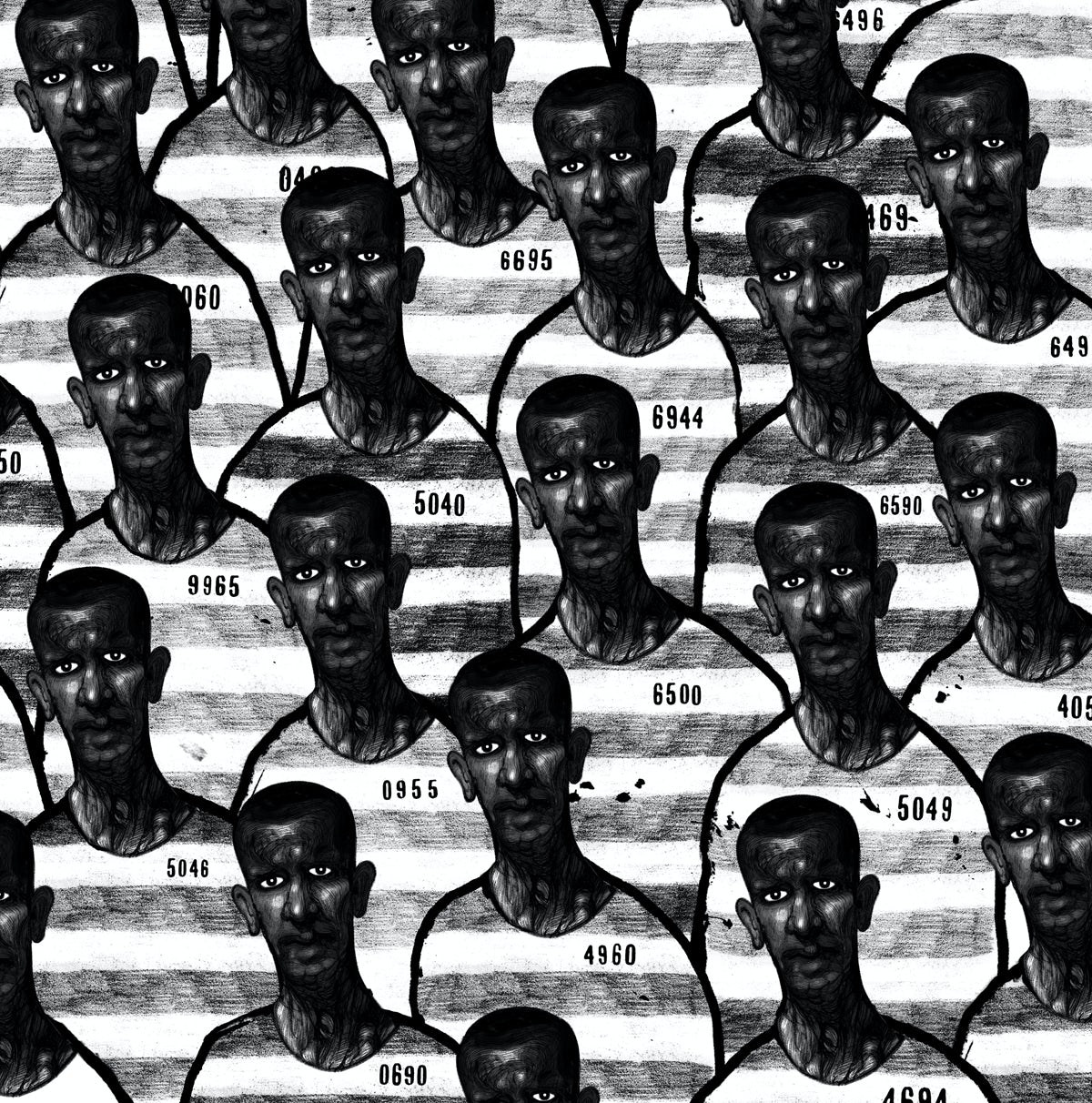 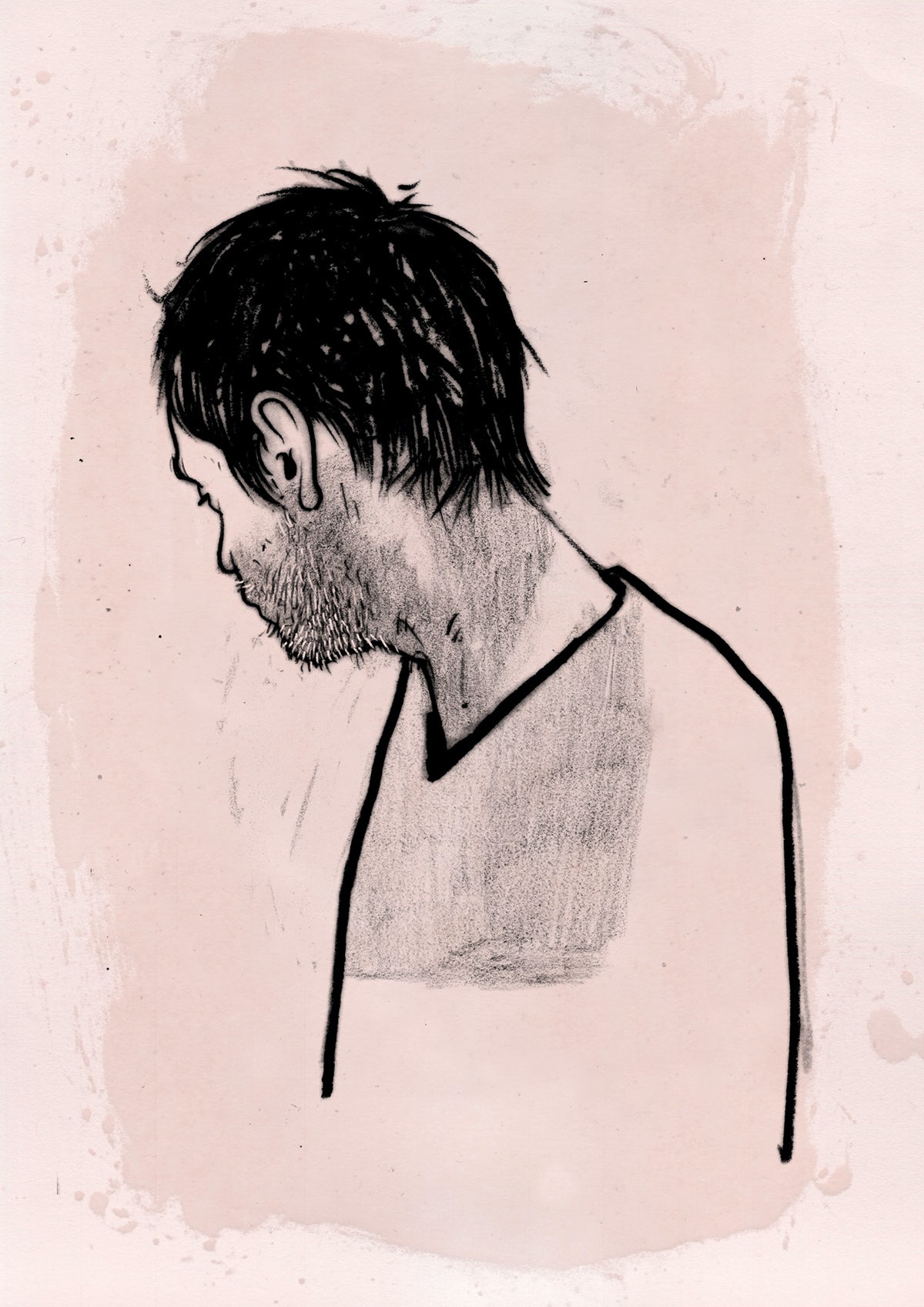 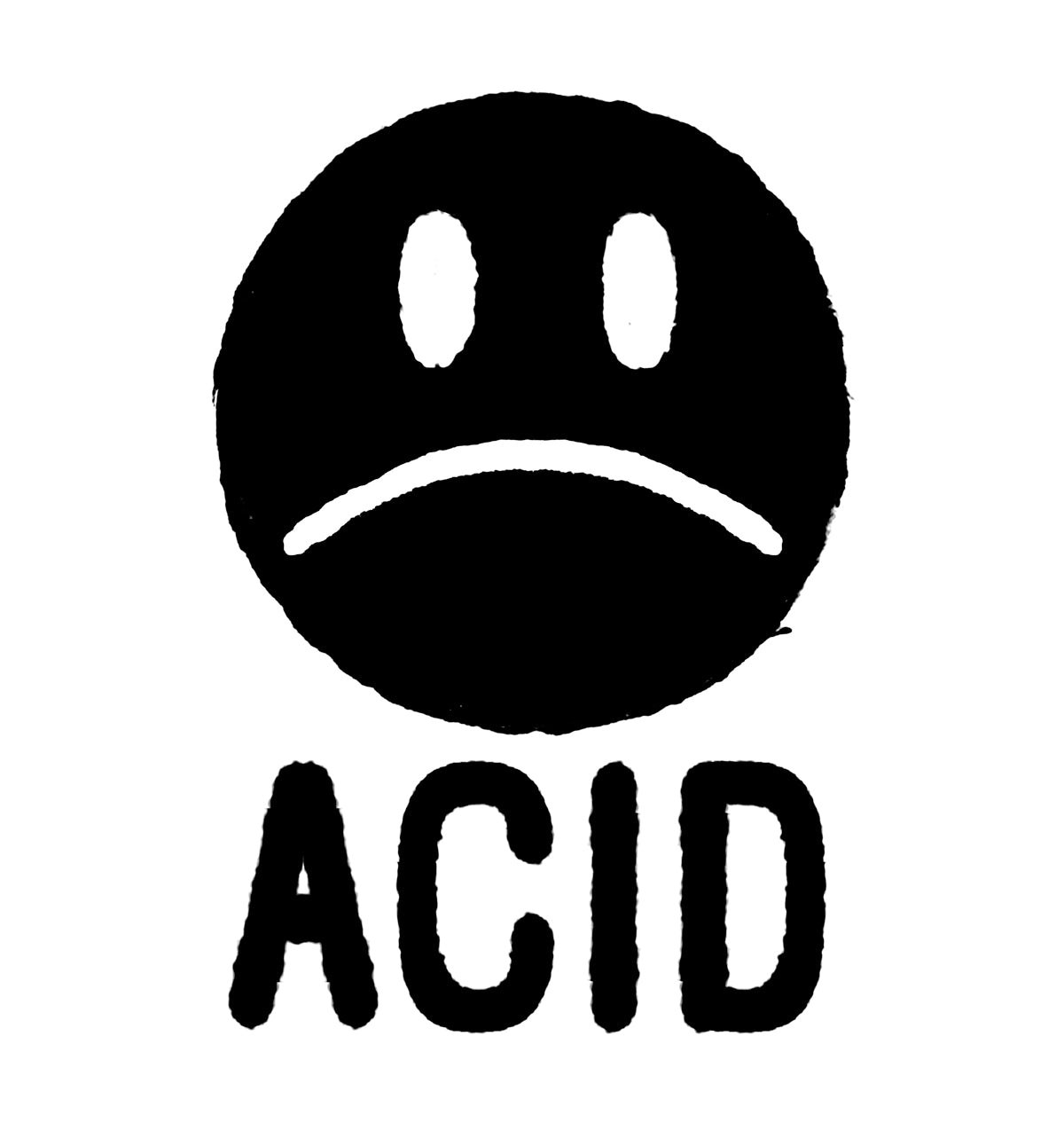 What Would I Change: Caterina Bianchini, Studio Nari