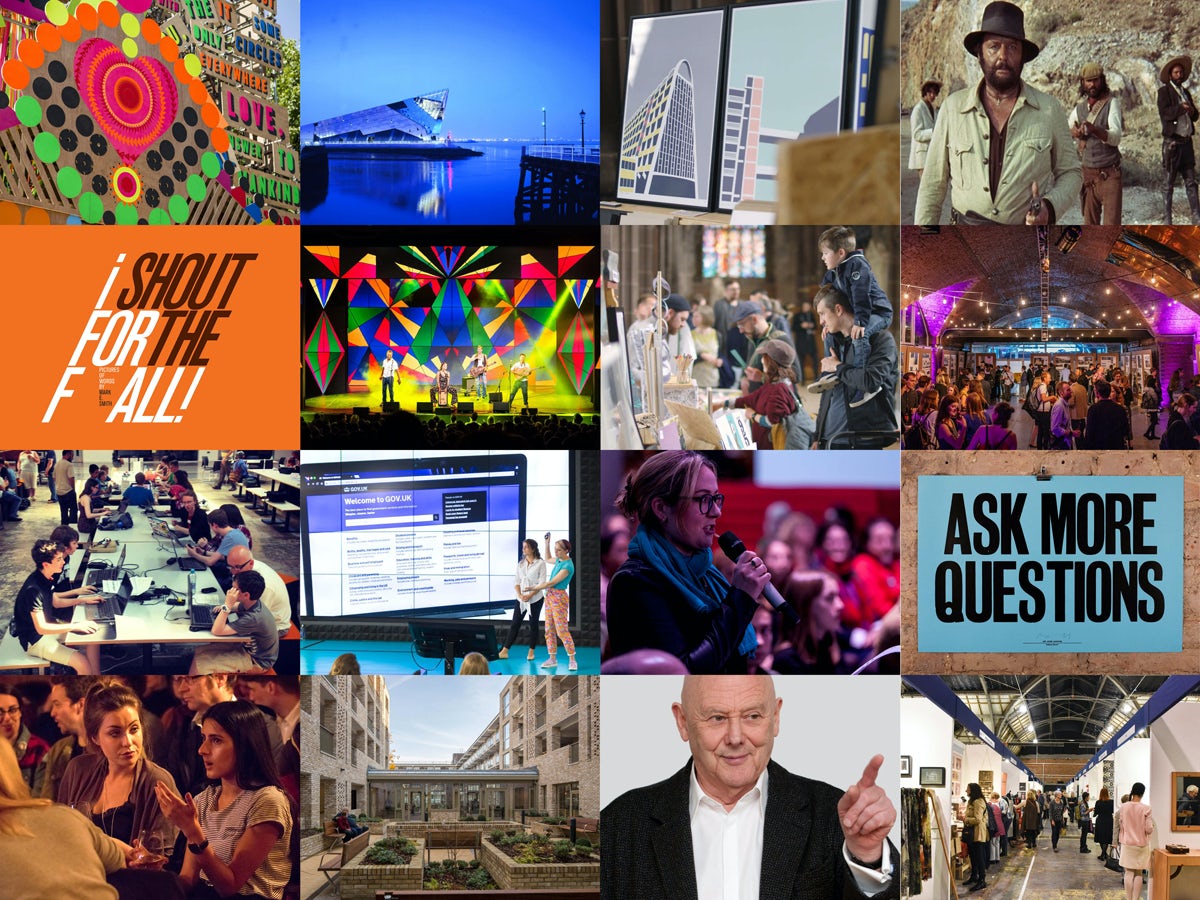 Design Manchester returns for its sixth year with over 40 events across the city from October 10–21, including talks, debates, films, workshops, exhibitions, fairs and parties.

The festival’s flagship event is the DM18 Conference, which the year will be at the Bridgewater Hall on October 19, with five separate areas featuring talks, workshops, seminars, interactive installations, Q&A’s, craft and making. 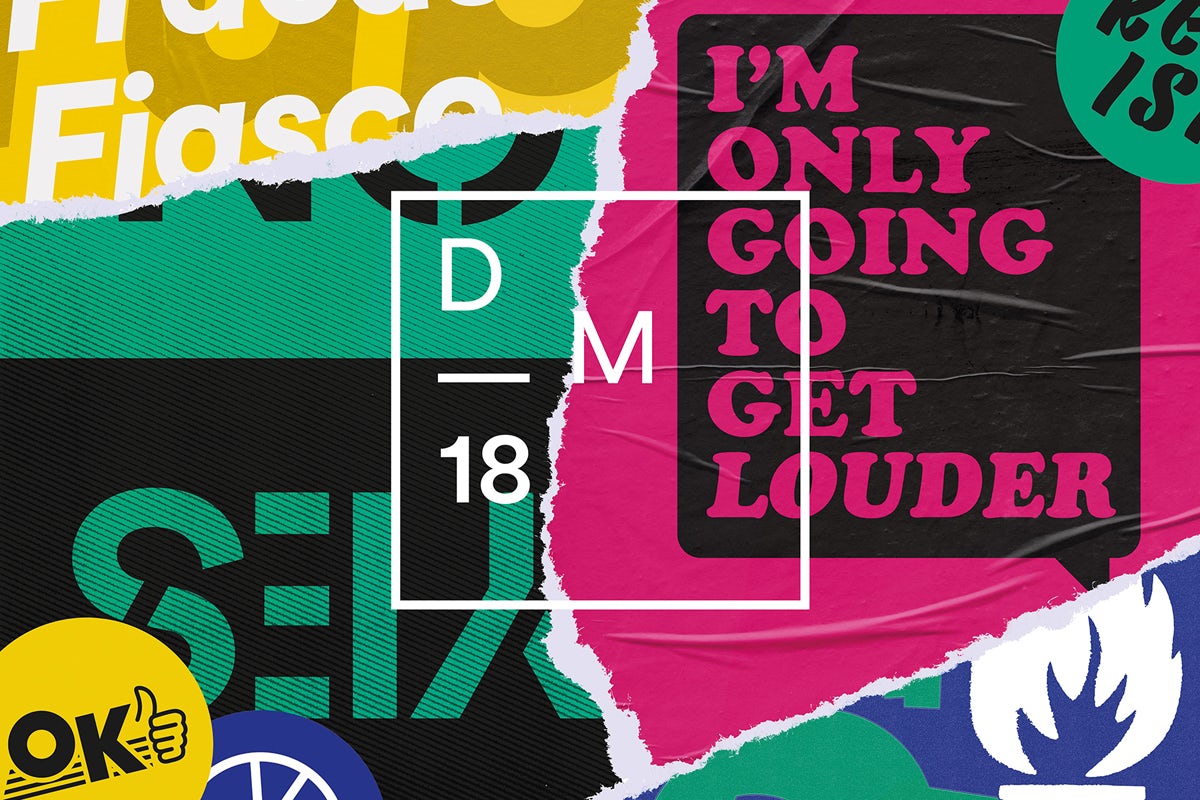 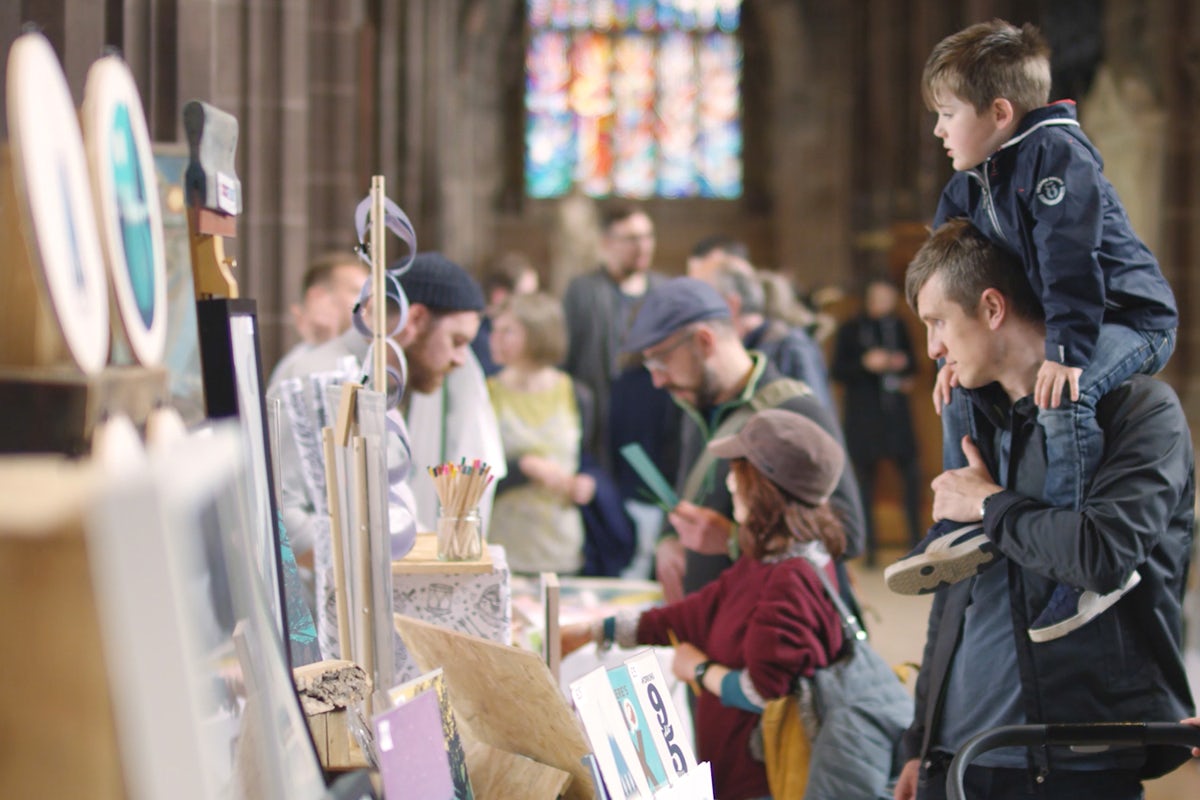 The conference will also have four new areas: at The People Are Revolting, Patrick Thomas will provide materials for visitors to create their own protest art; Listen Up will run a series of workshops and talks hosted by Ladies, Wine & Design and Design Manchester; Studio DBD has created I Love to Hate You, an installation featuring “honest confessions from disgruntled creatives”; and G. F Smith’s Paper/Power/People will feature paper, craft and making.

The festival will also feature an extensive programme of exhibitions, tours, screenings, a lecture by architect Sir Terry Farrell, an exhibition of the work of fashion designer Helen Storey, and the DM18 x The Manchester Print Fair (last year’s shown above) at the Whitworth on October 20–21, with over 50 stalls and workshops.