The results of last week’s local elections in the UK painted a complex picture of the state of politics in Britain, revealing significant shifts and surprises but little sense of a clearcut direction of travel.

This was not the case in the London borough of Lewisham, however, which was soundly secured by Labour, with the party winning every seat and the incumbent Labour mayor Damien Egan being re-elected with 58% of ballots cast.

Part of Labour’s success in Lewisham can be attributed to a fresh and coherent design strategy, created by Sana Iqbal, who despite Labour’s strengths in the area, was not complacent about what the results would be. “People say Lewisham is a ‘safe seat’, but there’s no such thing as a safe seat – look at what’s happened to the Conservatives in Wandsworth, Westminster and Southampton,” she says. “Labour faced tough opposition, and there was a real risk of losing seats, so my task was to overcome these challenges and create an authentic, inspiring election campaign.” 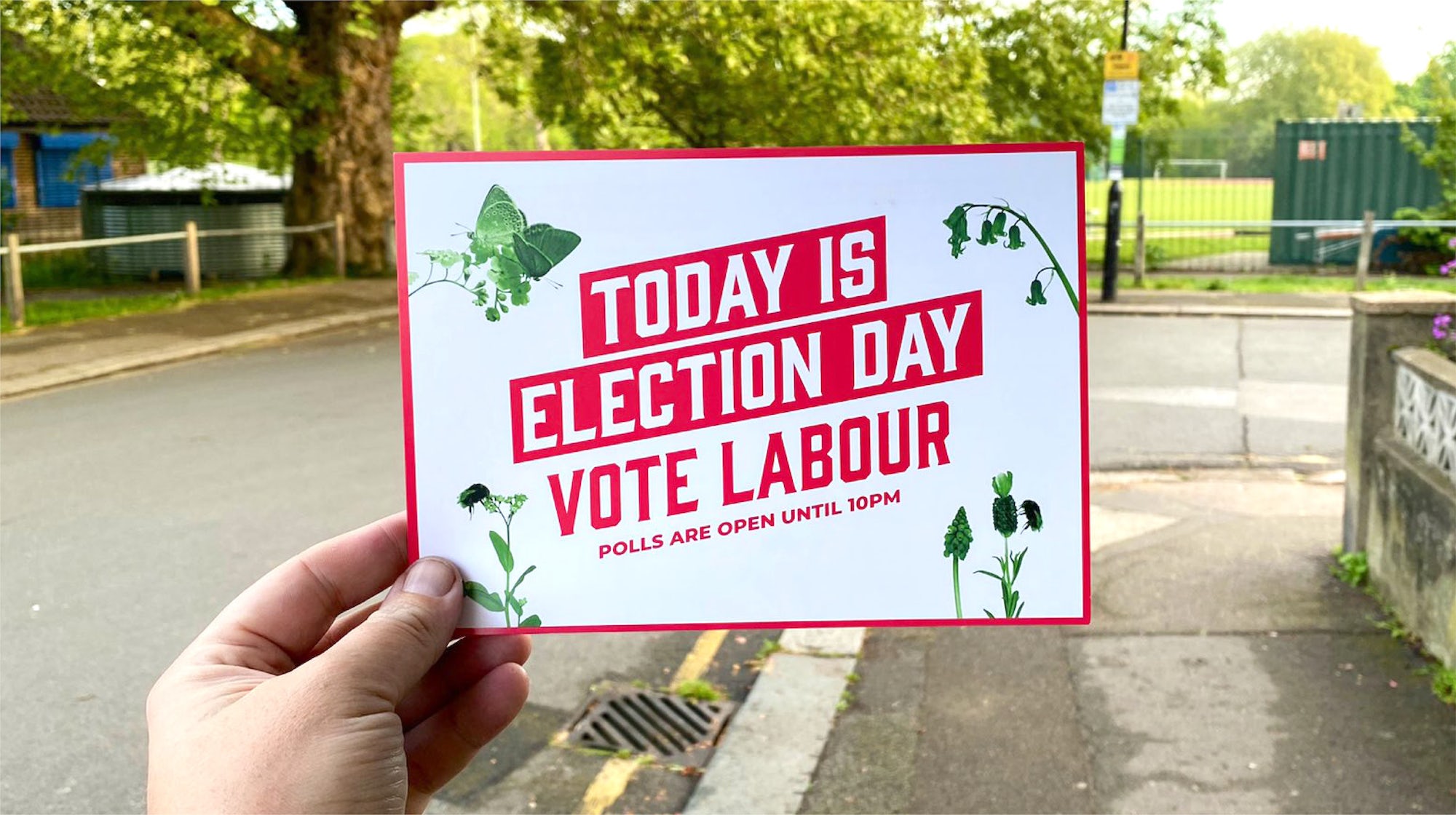 Iqbal worked closely with the local election campaign team throughout – “we had a very open and collaborative approach, bringing together all of our expertise and experiences” – though was the sole designer on the project, which meant producing over 50 campaign assets, including the manifesto, leaflets and posters.

“The brief was complex, as it had to consider so many aspects, from understanding the opposition to representing the diversity of Labour candidates to speaking to all of Lewisham,” she says. “I wanted the identity to be full of optimism and movement, and amplify the fresh ideas and passion the Labour candidates had for their community.

“The identity had to step away from typical Labour Party graphics, because public trust in politicians is at an all-time low, and instead create a unique identity to Lewisham showing the care and investment taken to earn their vote. The collage illustrations used some local imagery, building an emotional connection with voters, and adding beauty to engage people.” 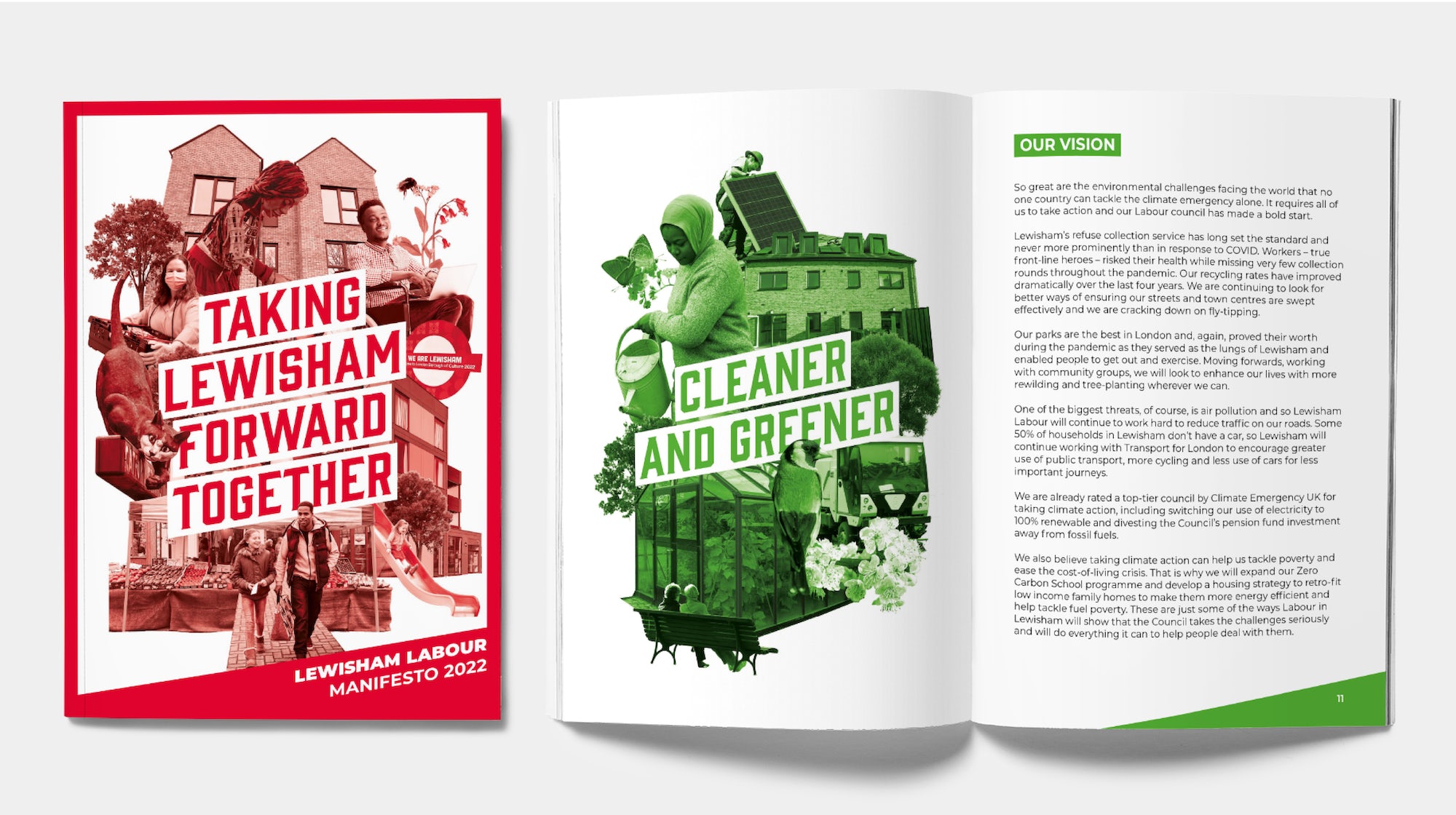 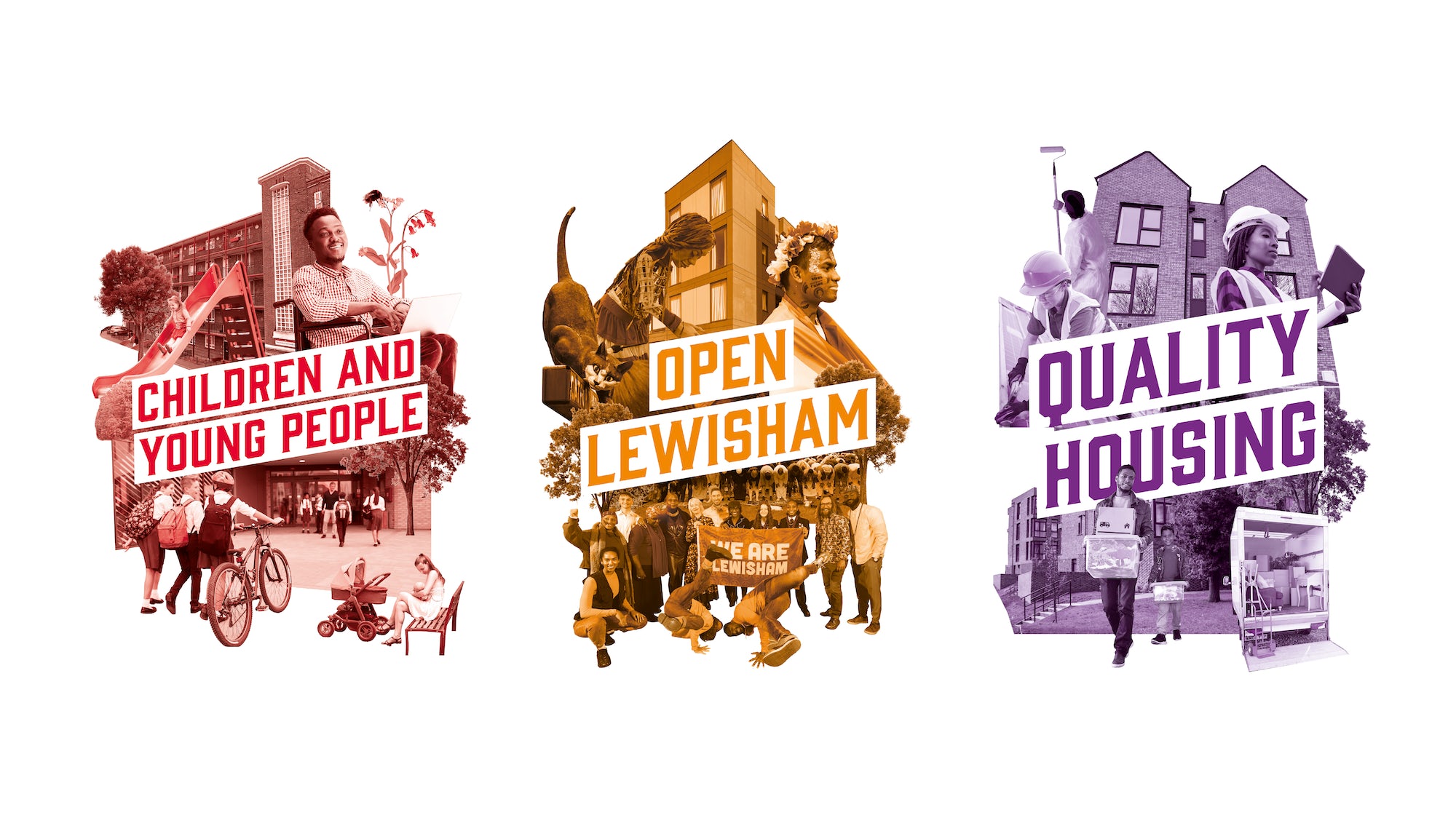 Iqbal’s designs received a strong response in the community. “I was really nervous about the response as the identity looked and felt very different from previous election graphics,” she says. “Then the team started sharing anecdotes of their non-political housemates wanting to put up posters, and the leaflets being cited as a reason some voters were switching back to Labour. On Twitter it seemed to have exploded with lots of love and kind words.”

She recognises that the design was only part of the success story for Labour in Lewisham, though points out how important strong, thoughtful imagery can be in cutting through. “There’s a careful balance to be had as you can never underestimate the power of passionate activists on the ground. People are tired of lazy politicians who expect their vote and don’t have to work for it: I think that’s one of the reasons why Labour lost the ‘red wall’ to an ocean of blue,” she says. “However strategic design amplifies your key messages and helps to emotionally connect with hearts and minds. We live in an age of visual bombardment and voter apathy so it’s essential to create political design which overcomes both these challenges.” 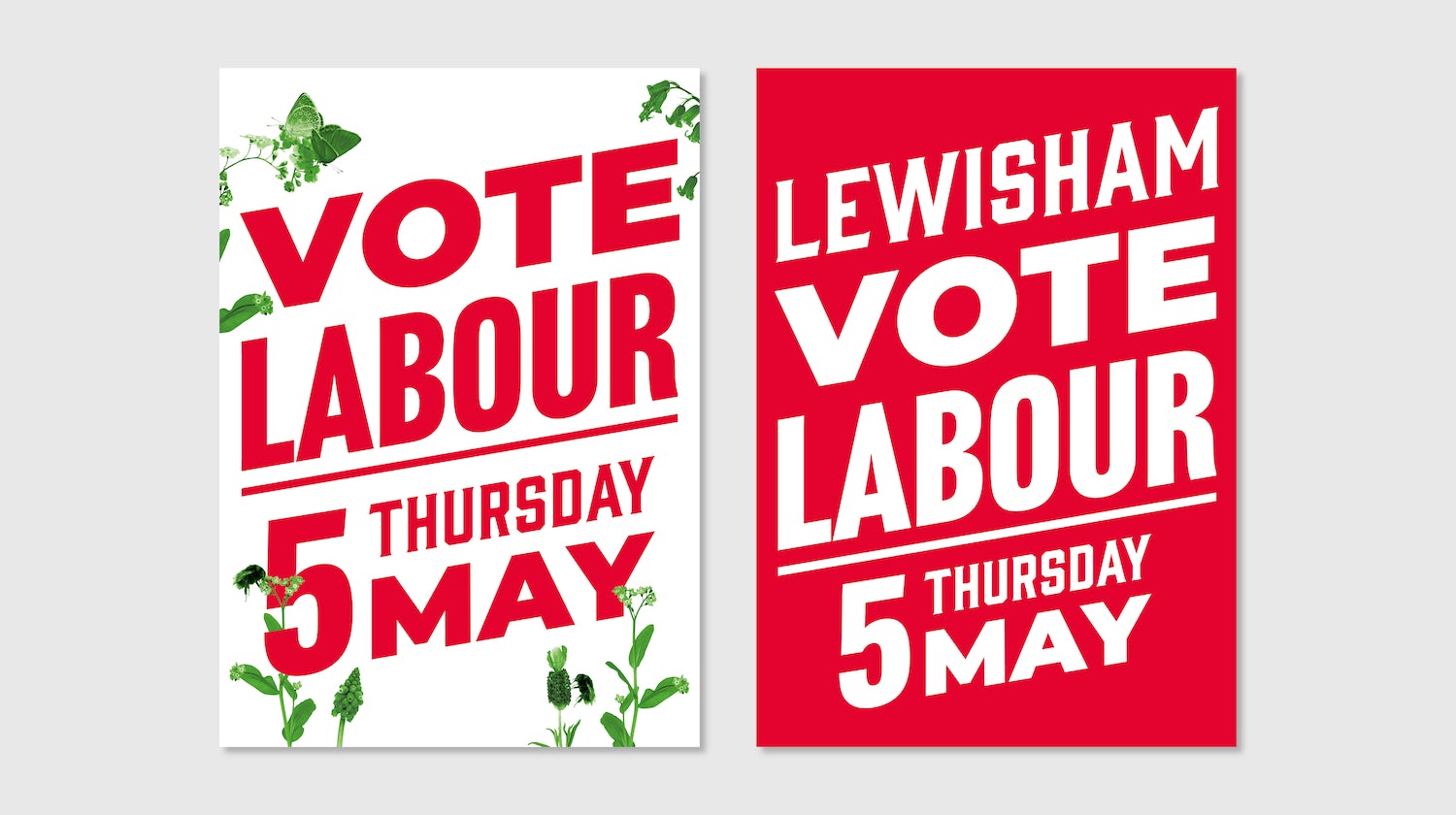 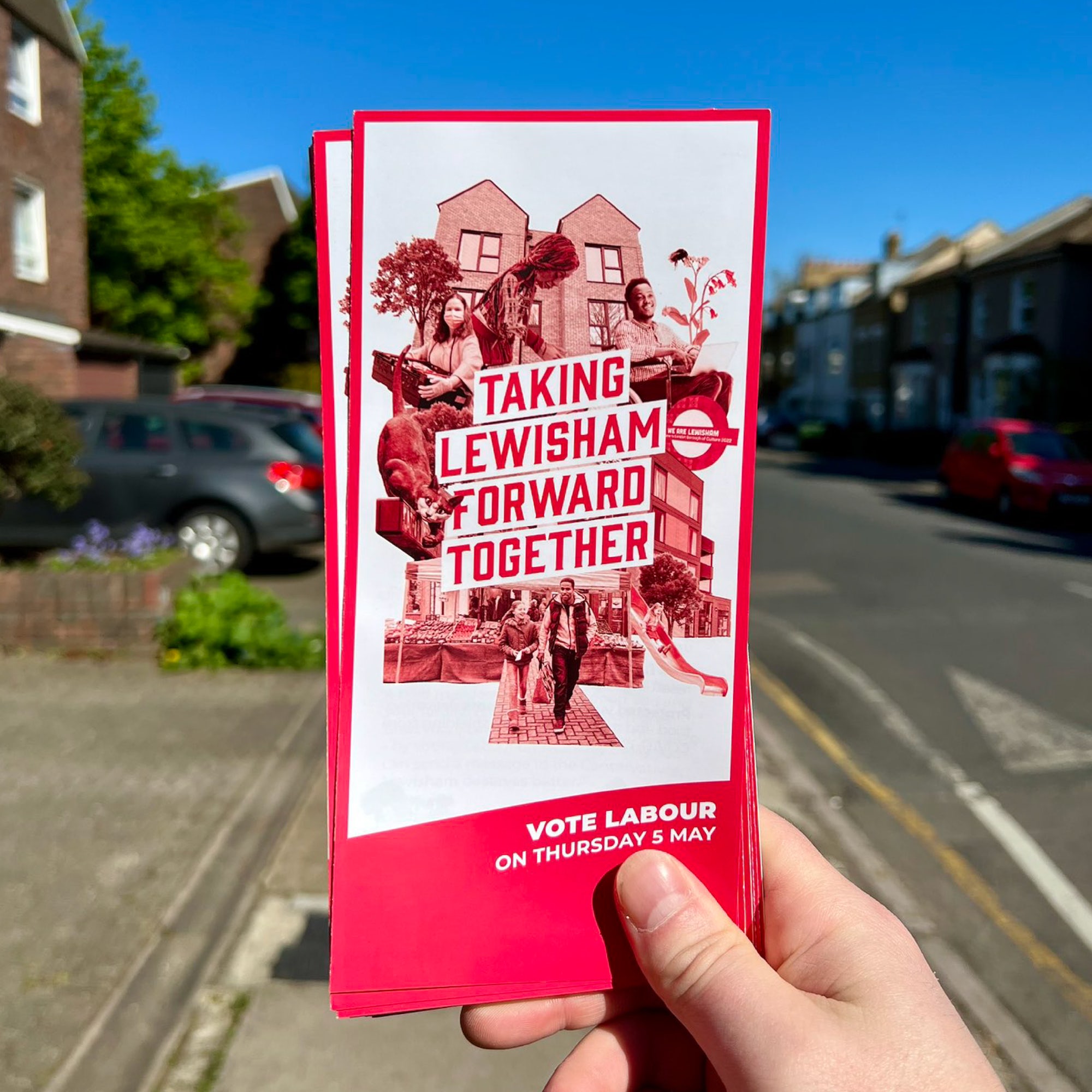 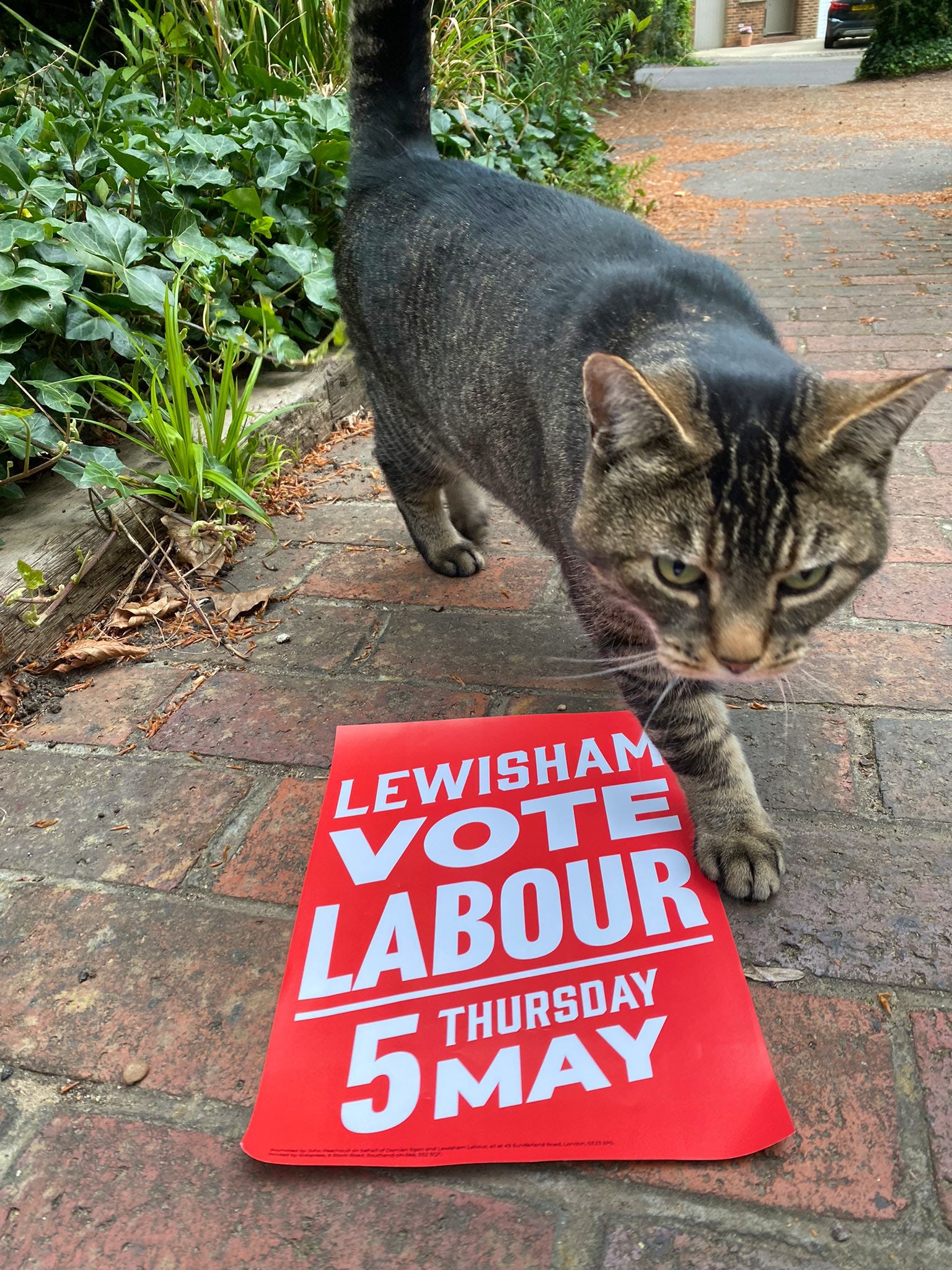 In terms of design’s wider role in current politics, Iqbal is ambivalent. “I feel UK politics is at a dangerous crossroads where design is being used more to push-out misleading and dishonest information, this needs to be regulated,” she says. “I’ve seen some powerful political graphics, but in terms of being strategic, less so. This is because an effective design strategy is built upon a clear purpose, vision and values, which seems to be lacking.”

Part of the solution, in Iqbal’s view, is to make designers a more central part of the campaign team. “Good designers are problem-solvers who understand the human psyche, so having them play an active part is essential if you want to succeed,” she says. “We need to be part of the research, policy discussions and writing, even if it’s just to listen, to ensure the messaging underpins the design – it’s why the Lewisham Labour design was so effective.”