“A child gaining its faculties when it is growing is almost in reverse order to an adult losing theirs as they age. You start off very dependent on your parents, and you sometimes end up being quite dependent on your children. There are issues around nappies, help with walking, eating and drinking and even clothing that’s easier to take on and off.”

Conran – who started his career at Wolff Olins before moving into product design – felt there was potential to create a high street brand that offered a range of well-designed, high quality products created with older people’s needs in mind. His work with Mothercare had seen him creating a more cohesive and distinctive range of products that catered to new parents and their children, and Conran felt there was an opportunity to do the same for people in the later stages of their lives. 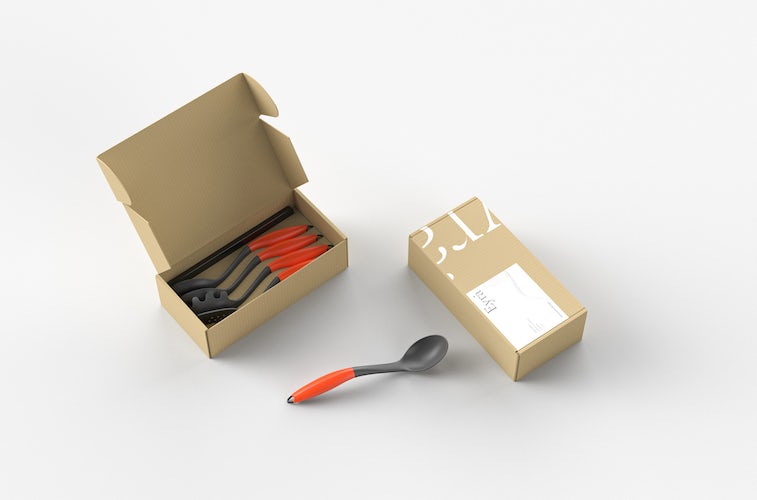 “When I started at Mothercare, it was a bit like walking into a camping shop. There was no cohesive identity to the products and they all looked quite disparate … there was none of that cohesiveness that you see [with something like] Apple, so we created a sort of Mothercare DNA. It was very successful, so the idea was to do a similar job to what we did at Mothercare, and do that with old people’s products, because the old people’s products that were out there at the time all looked as if they had been knocked up in someone’s garage.”

There was nothing like it on the high street at the time – and after spotting a gap in the market, Conran and his colleagues set about researching the project, and imagining what a high-street retail experience aimed at the over 60s or 70s could look like. But they soon identified one major flaw: “Having researched it, the feeling was that, whereas having a child was exciting and very positive, getting older and losing your facilities was not enjoyable. In fact, it was seen as a negative – and trying to sell a negative was difficult. So that was the end of that little project.”