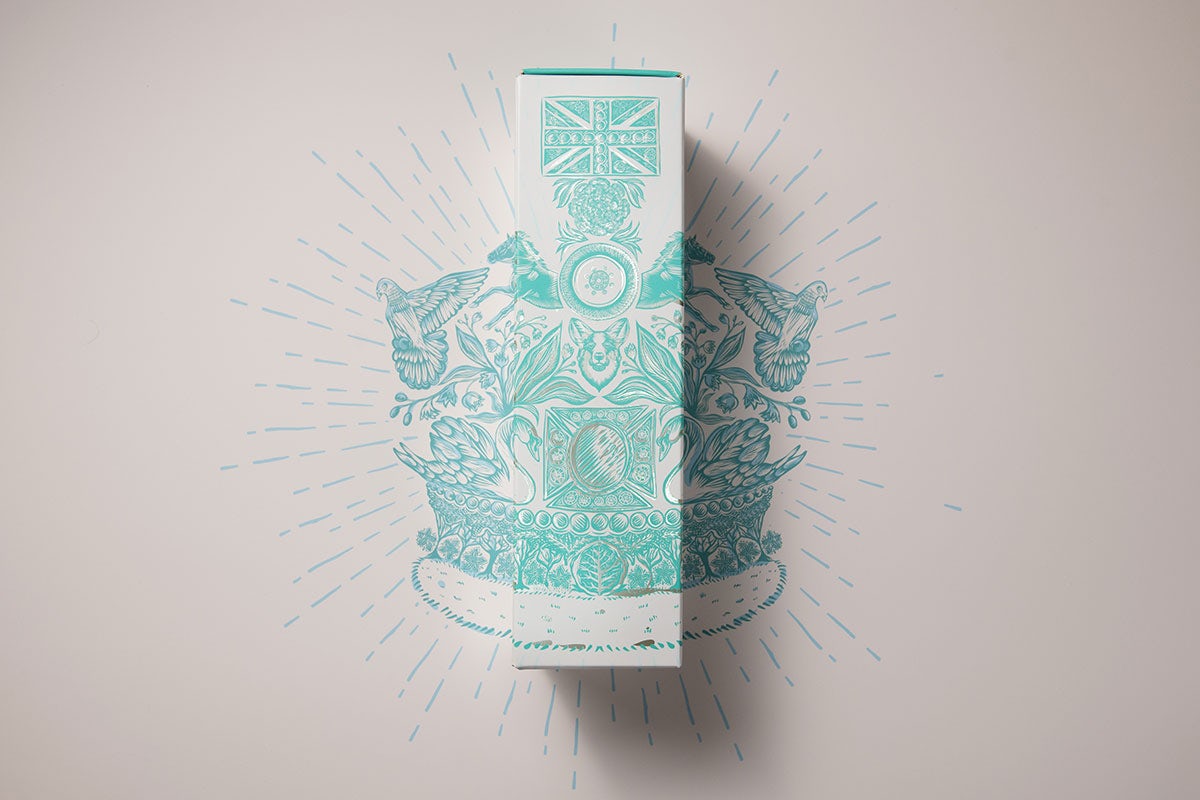 The royal memorabilia industry has been churning out the same symbolism and imagery for decades – think gilt, heraldry, scrolling ribbon and heavily garlanded portraits of monarchs. But – whatever your feelings about the royals – Design Bridge’s Platinum Jubilee collaboration with department store Fortnum & Mason takes a markedly different approach. 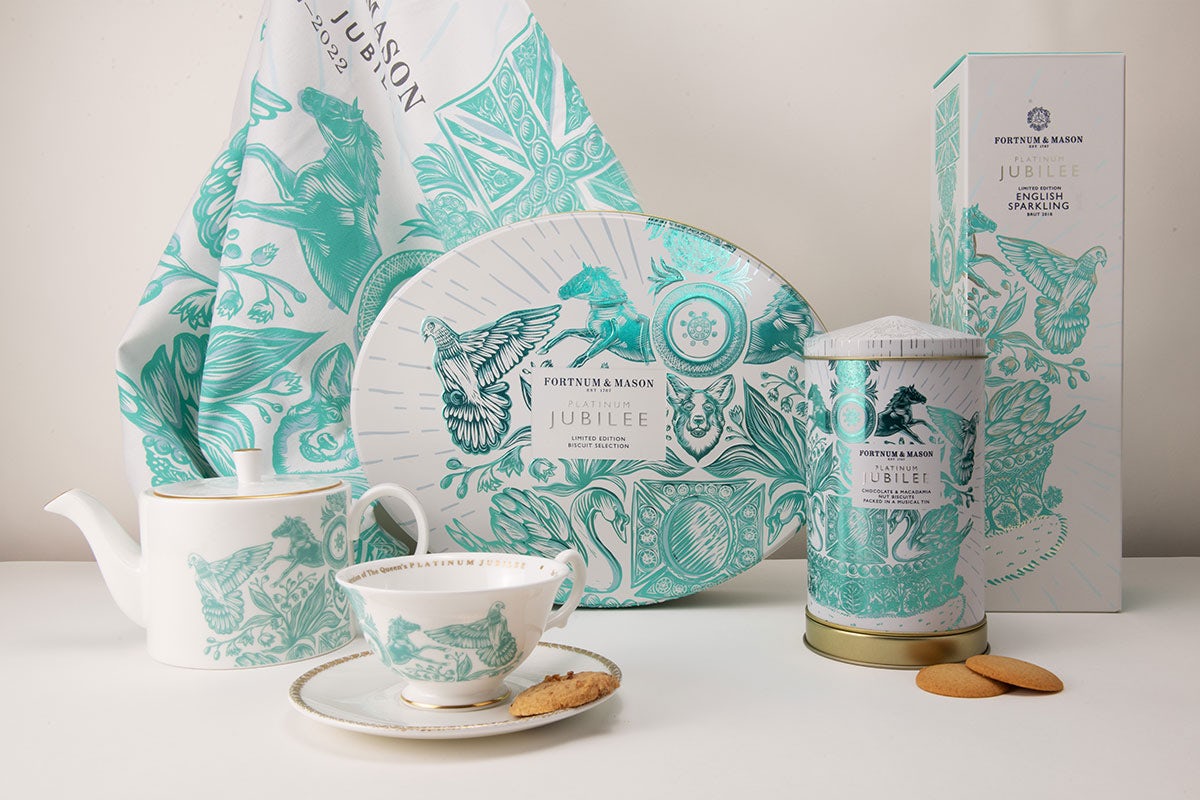 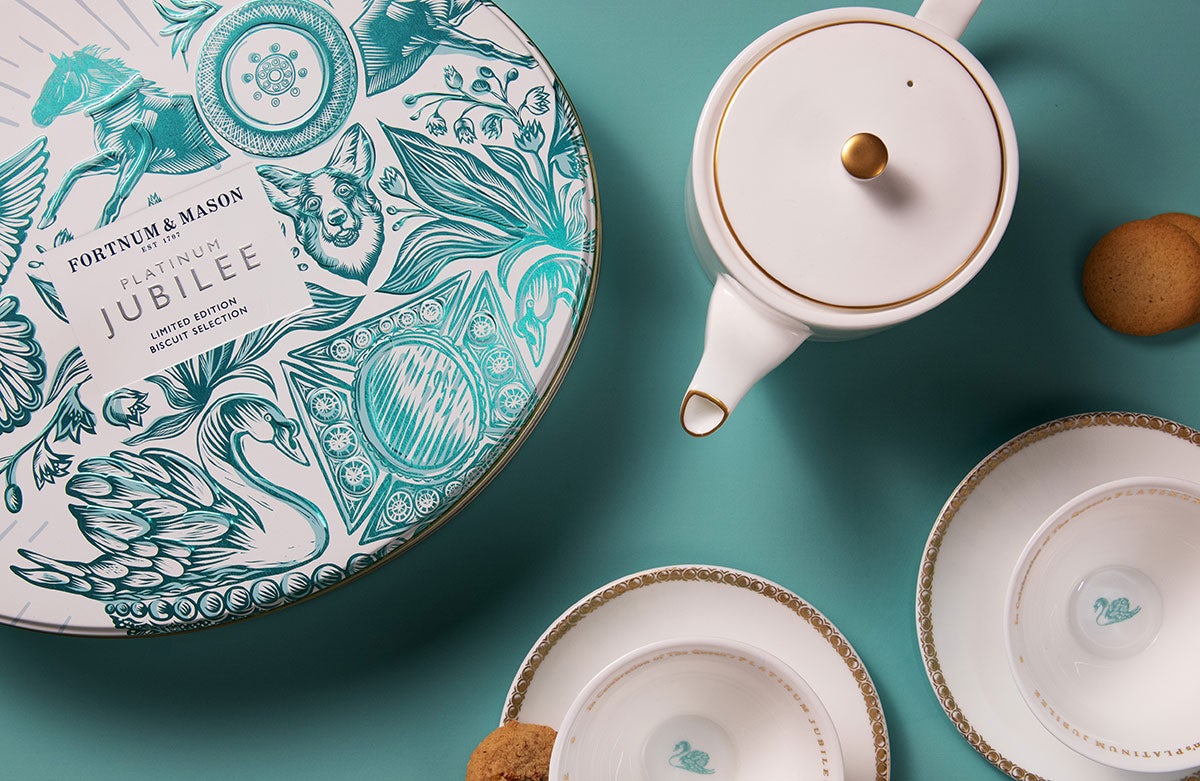 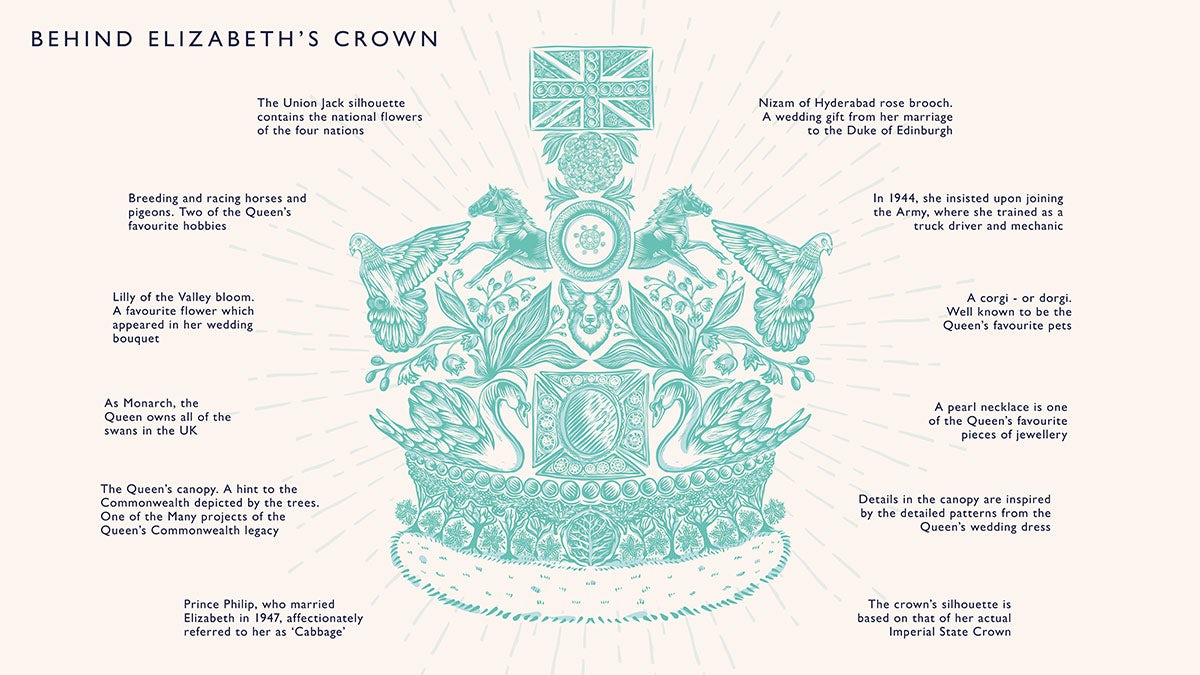 “Almost a decade ago, as we marked the Queen’s Diamond jubilee, brands were celebrating by dressing their packs up in the expected and formulaic manner – silhouettes, red, white and blue, carriages and crowns,” says Design Bridge CD Chloe Templeman. She goes on to explain that the studio wanted to focus on “the woman behind the crown” instead.

Design Bridge has mostly steered clear of the clichés, using foiled turquoise and an illustration that references some of the less hackneyed aspects of the royal family. A corgi sits at the heart of the imagery, topped by a truck wheel – gesturing to the monarch’s time as a truck driver and mechanic in 1944 – and surrounded by Lily of the Valleys, her favourite flower. The cabbage is a nod to the late Prince Philip’s nickname for the Queen. 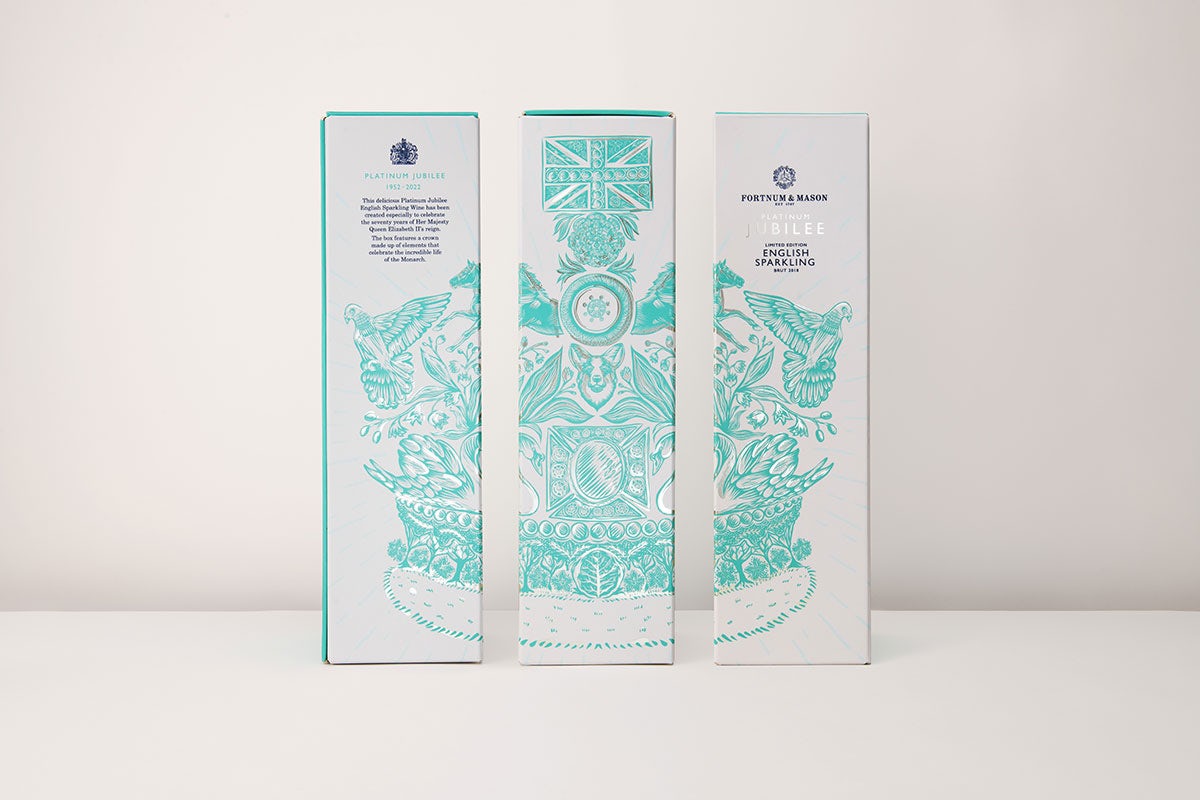 “We wanted to focus on the woman behind the crown; bringing to light little known facts and points of intrigue that can create opportunities for storytelling,” adds Templeman. “A cabinet of curiosities that opens up the palace gates and offers us a rarely seen glimpse inside.”