Last month saw Royal College of Art MA graduate Dimitris Armenakis finally able to release his graduation film All You Can Eat in full online. Initially created in 2019, Armenakis’ film was selected for more than 40 international animation and film festivals, as well as receiving a couple of nominations.

“Animation and film festivals are a great experience for filmmakers, as not only is their work introduced to a bigger audience, but it’s also a welcoming place for networking and meeting people who share the same passion,” says the animator. “We could say that last year’s downside is that in 2020 most festivals were held online due to the pandemic outbreak. Hopefully we will be able to enjoy physical film screenings again really soon.” 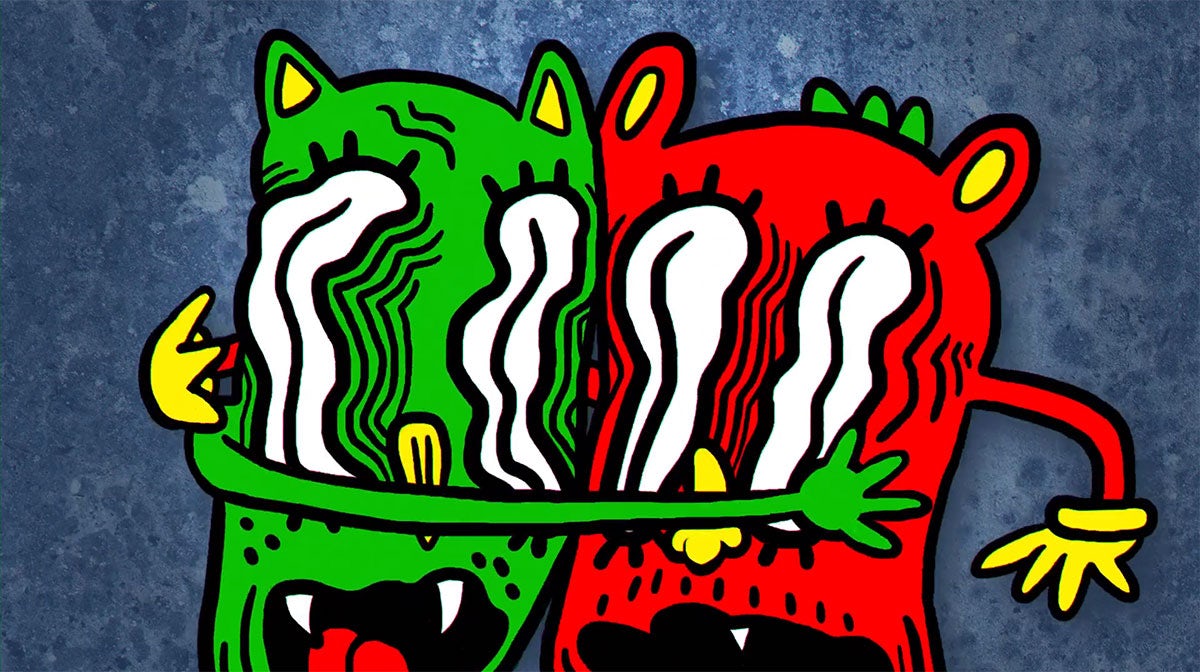 All You Can Eat explores the topic of overconsumption in the 21st century. Cartoon characters are used as products of postmodern society and Armenakis says the initial idea behind the film was to tell the story from the perspective of the consumed, not the consumer. “Τhe action that sums up the idea of overconsumption within the film is eating,” explains the animator. “I have always been inspired by urban structures, elements of which I first used in my BA film, Absorbed. During my MA studies, I took references from London and Athens, the city where I grew up, in order to depict this dystopian, endless city I had envisioned for my graduation film.”

The film takes the form of 2D animation, with each frame having been drawn by hand and it includes references to 1930s cartoons. “I really enjoy drawing elastic and expressive cartoon characters, hence the inspiration from the 1930s style,” says Armenakis. “For the humans, I also opted for frame by frame animation, but this time I used charcoal brushes and rough outlines. This stylistic juxtaposition extends to the worlds that the characters inhabit: black and white metropolitan city against the blue mountains of a joyful cartoon world.”

Early in pre-production Armenakis began working on the sound design with Charlie Carroll, who recorded most of the sounds you hear in the final film. Then during production Gennadios Arvanitis worked on the voices based on the storyboard using a Casio SK-5 sampling keyboard. “For the visual aspect of the film, 3D animation was used for lighting and compositing. I exported image sequences of the 3D compositions and animated on top of them in TVPaint,” explains Armenakis. “Using this technique meant I had to animate the same movement twice, first in 3D and then again in 2D. In the end, though, it really helped blend the characters with the rest of the world and made them fit together.”

All You Can Eat is the first project that has seen Armenakis manage a small team, and so on top of directing, designing and animating, he had to ensure everyone else was on schedule and all the deadlines were met. “Also, I got to edit a few bits of sound, which was interesting as I experimented a lot,” notes the animator. “For example, I separated different parts of the soundtrack, which was Miss Strange Bird by Rita Moss. This allowed me to use parts of it in various shots of the film, as well as use the original track towards the end of the film.” 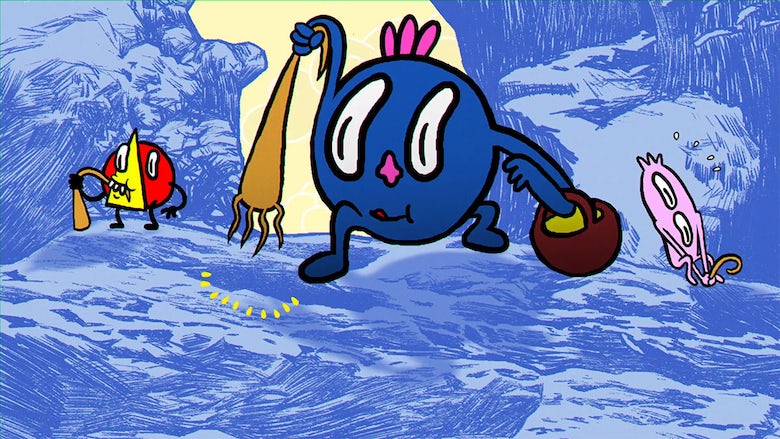 Looking back at the work after nearly two years, Armenakis is broadly happy with the result. “I can’t help but spot elements that I would change,” he says. “Given the circumstances though, the budget and the tight production schedule, I’ve tried to implement what I’ve learnt, and apply it to the next project. So I would say that I’m happy with how All You Can Eat turned out, as it not only signifies a specific period in my body of work, but it also taught me about directing, organising and of course, developing my animation skills.”

The animator hopes viewers see All You Can Eat as making a statement. “The film shows how invasive we can be towards the freedom and space of other beings, because of our greedy culture,” he says. “If, through the humans featured in All You Can Eat, we recognise a part of ourselves, I believe it’s the first step for changing our consumption habits and the society we live in.” 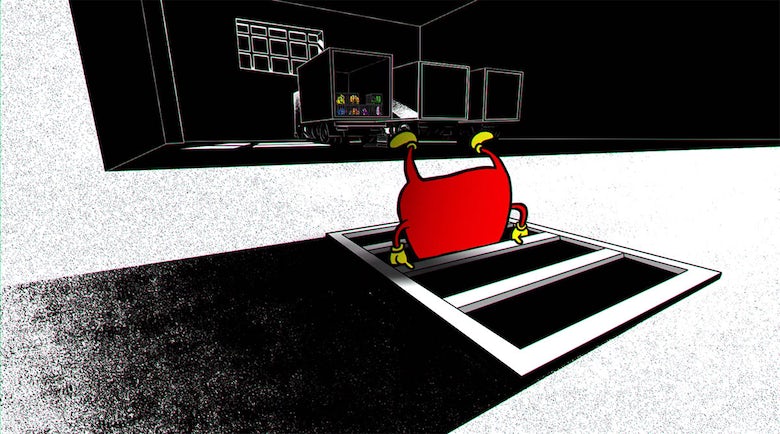 Since launching All You Can Eat, Armenakis has just finished working as an animation director on Cody Wagner’s documentary Raising Lions, a film about children diagnosed with ADHD, due to come out this summer. Right now, he is about to work on an animated documentary called Sympathy for the Undertaker directed by Elizabeth Rivera Bootzin.

“Also, I’ve started working on All You Can Eat’s sequel!” Armenakis adds. “At the moment I am working on the script and hoping to begin the production in summer 2021.”