Central Saint Martins has been home to countless creative icons (and iconoclasts) that have left a mark far beyond the university walls, with many alumni going on to shape culture in unforeseen ways. Each year, the MullenLowe NOVA Awards scheme identifies some of CSM’s most promising graduate talent across the school’s various creative disciplines, with this year’s newly announced shortlist (whittled down from 1,300 graduates) comprising 14 students working across textiles, photography, fine art, animation, jewellery and a range of other mediums.

While five awards will be chosen by the judging panel, there is also the opportunity for the public to vote for its favourite in the YourNova Award – which is now open for voting until July 2. Winners of all six awards will be announced on July 4.

The shortlisted students are as follows:

Elissa Brunato, MA Material Futures
In response to the unsustainable materials often used for embroidery, Elissa Brunato collaborated with material scientists from RISE Research Institutes to create ‘sequins’ that make clever use of wood, rather than the more common plastic. Harnessing wood’s surprising ability to refract light, Brunato was able to make shimmering sequins without the use of damaging plastics and added chemicals. 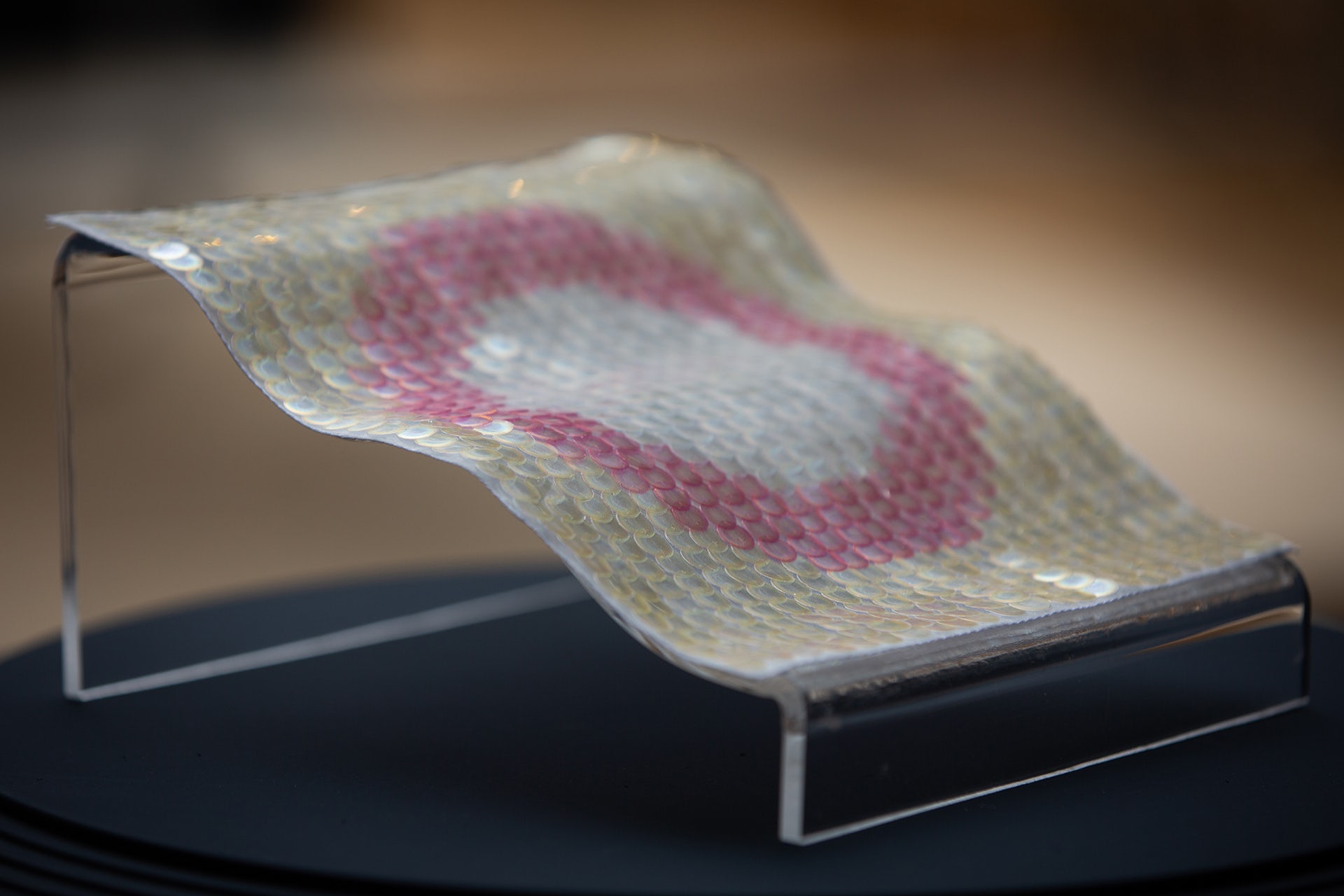 Jacob Bullen, BA Fine Art 2D
For his degree show piece, Jacob Bullen decided to trace his obsession with Saddleworth Moor – found at the north-western tip of the Peak District – and his sense of detachment from his home in Greater Manchester. Comprising everything from VHS tapes to a revolving reproduction of his head, to a bag of earth dug up from the Moor itself, his project uses mixed media to represent his experience of grappling with his broader sense of identity. 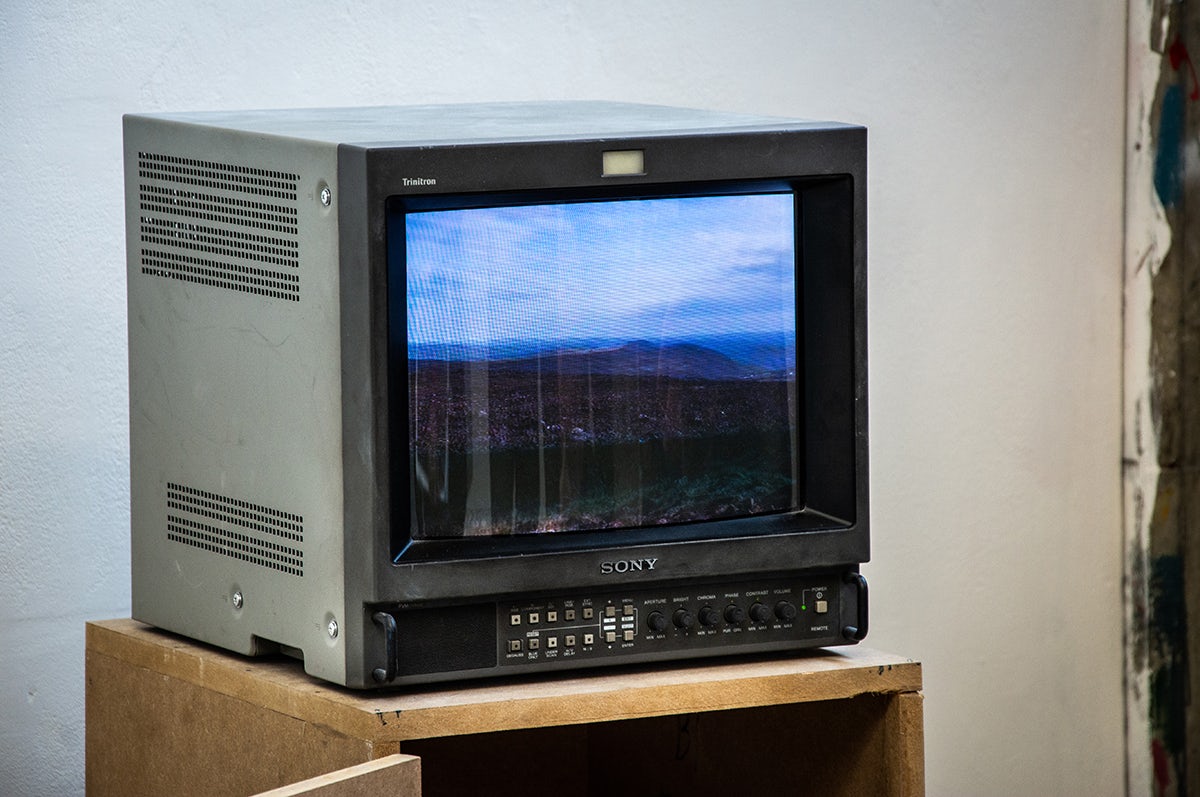 Cecily Cracroft-Eley, BA Fashion Knitwear
Sustainable design was also a focus for Cecily Cracroft-Eley, whose graduate collection ETAKA is a salute to the Japanese design principle of wabi-sabi. Primarily made of recycled and natural elements, the collection places value on the process of creating by hand in retaliation to the much debated speed of the fashion industry. 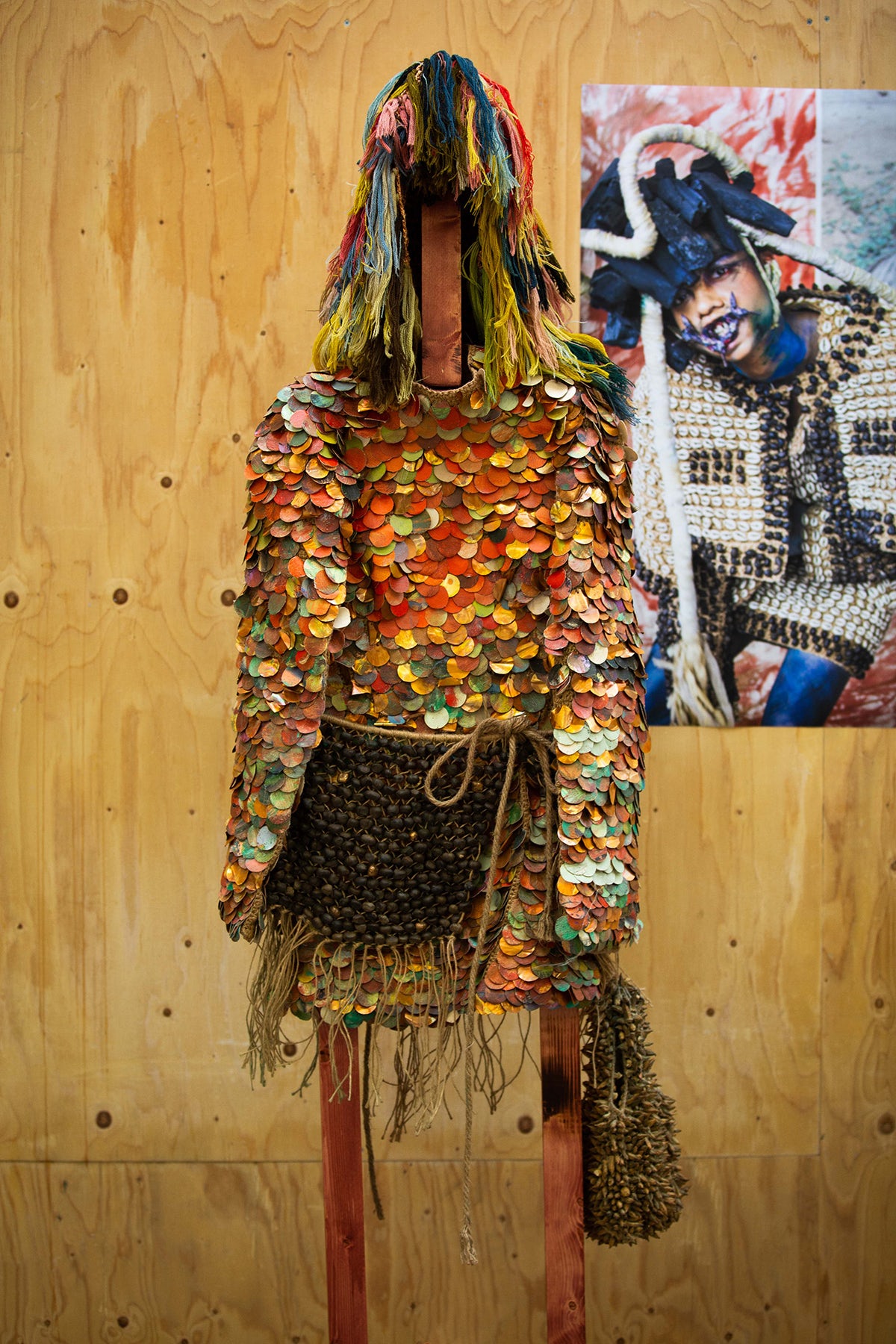 Diane Dwyer, MA Narrative Environments
Diane Dwyer’s installation Abandoned Grace offers an alternative view of women in history, as opposed to the patriarchal lens through which history is often remembered. Set in an abandoned residence in Hampton Court Palace, the participatory installation features figures representing the female residents who once lived there. The figures are clad with cloths featuring male biographies of the former residents which, when removed, reveal accounts from the women themselves. The experiential project sets out to make visitors aware of issues around representation throughout history, and the impact this inequality has on society. 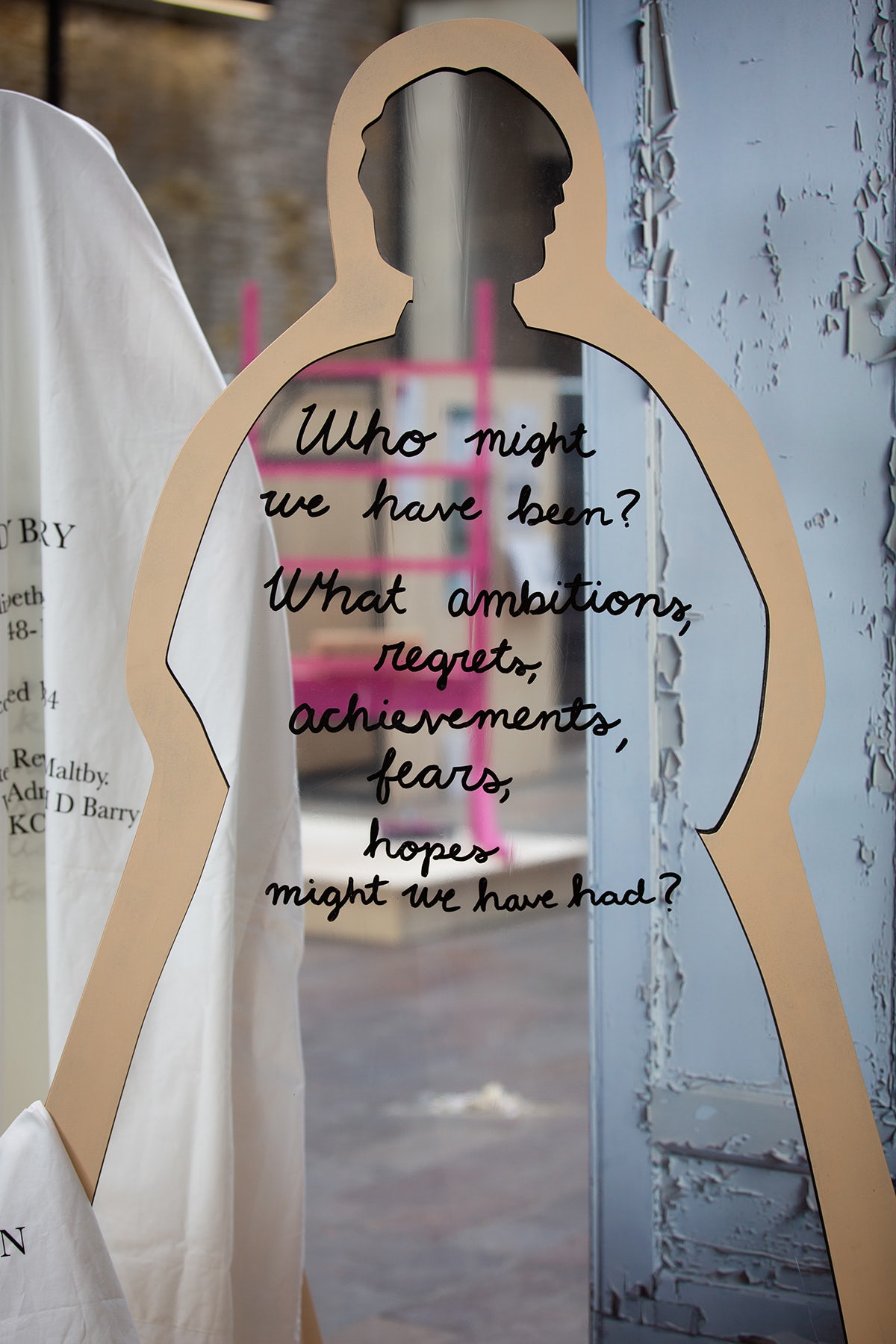 Nicky Francis, MA Character Animation
For her degree show film Instances of Grief, Nicky Francis chose to focus on life after death by way of her bereaved female lead, Penny, whose story is based on Francis’s own experience of unexpectedly losing her father. Made using digital 2D frame-by-frame animation, Instances of Grief uses metaphors and symbolism to illustrate the feeling and impact of loss. 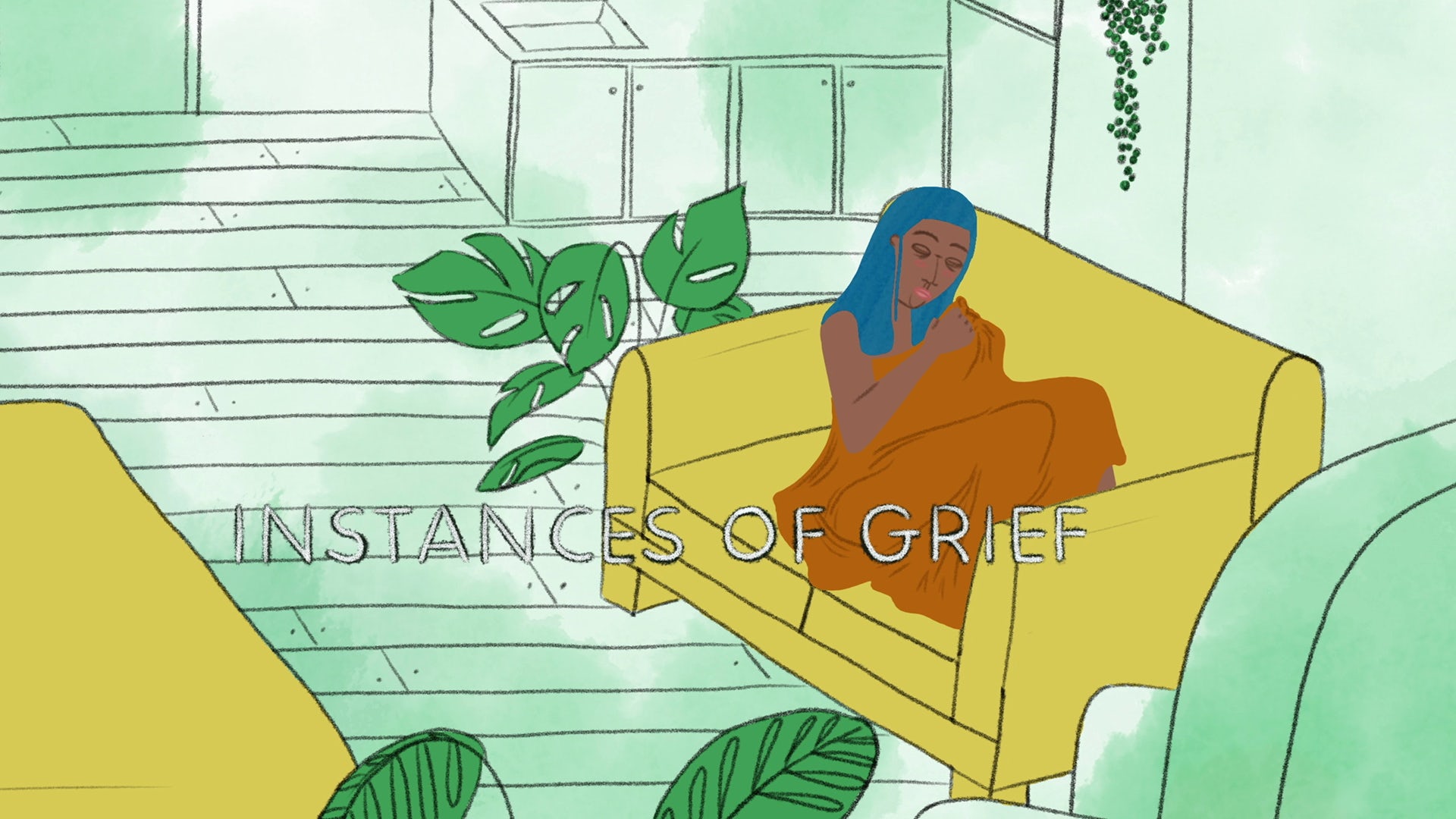 Sara Gulamali, BA Fine Art 3D
Drawing on her experience as a Muslim woman of colour, Sara Gulamali’s project follows an unidentifiable being that moves outside of the boundaries of race, gender, sexuality or religion. However, the garment worn by the being may draw parallels with a burka, evoking the perception towards women who wear them “as something to be feared and embody feelings of alienation”. 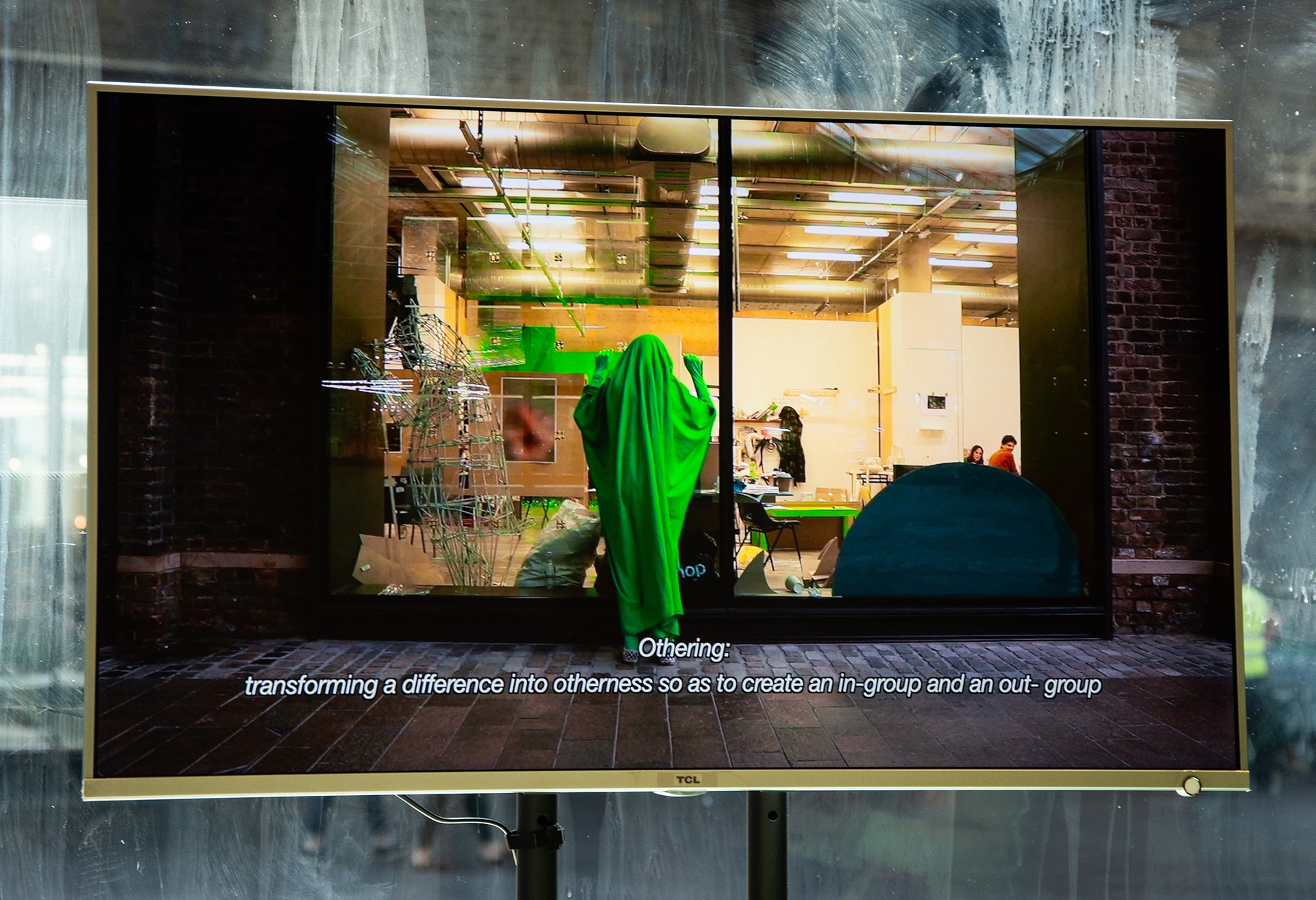 Mael Henaff, MA Material Futures
For his degree show project, Mael Henaff collaborated with the local community in Jaywick, Essex – often dubbed the most deprived area in England. Focusing on the role of emerging technologies in shaping economies, he held workshops with Jaywick residents to mine cryptocurrency through tidal energy, helping them to build “fully-functioning crypto-miners” as a way of earning a secondary income. 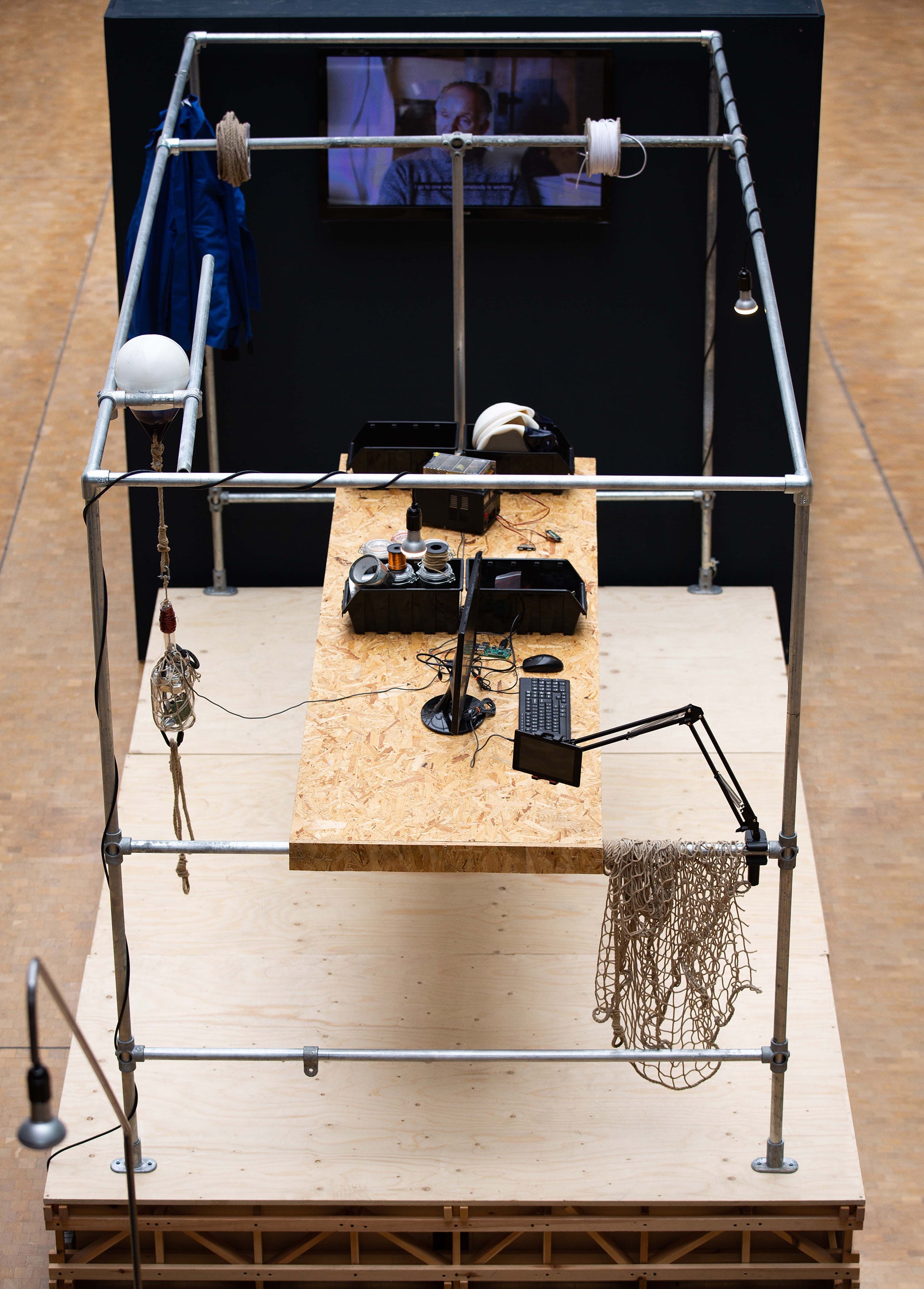 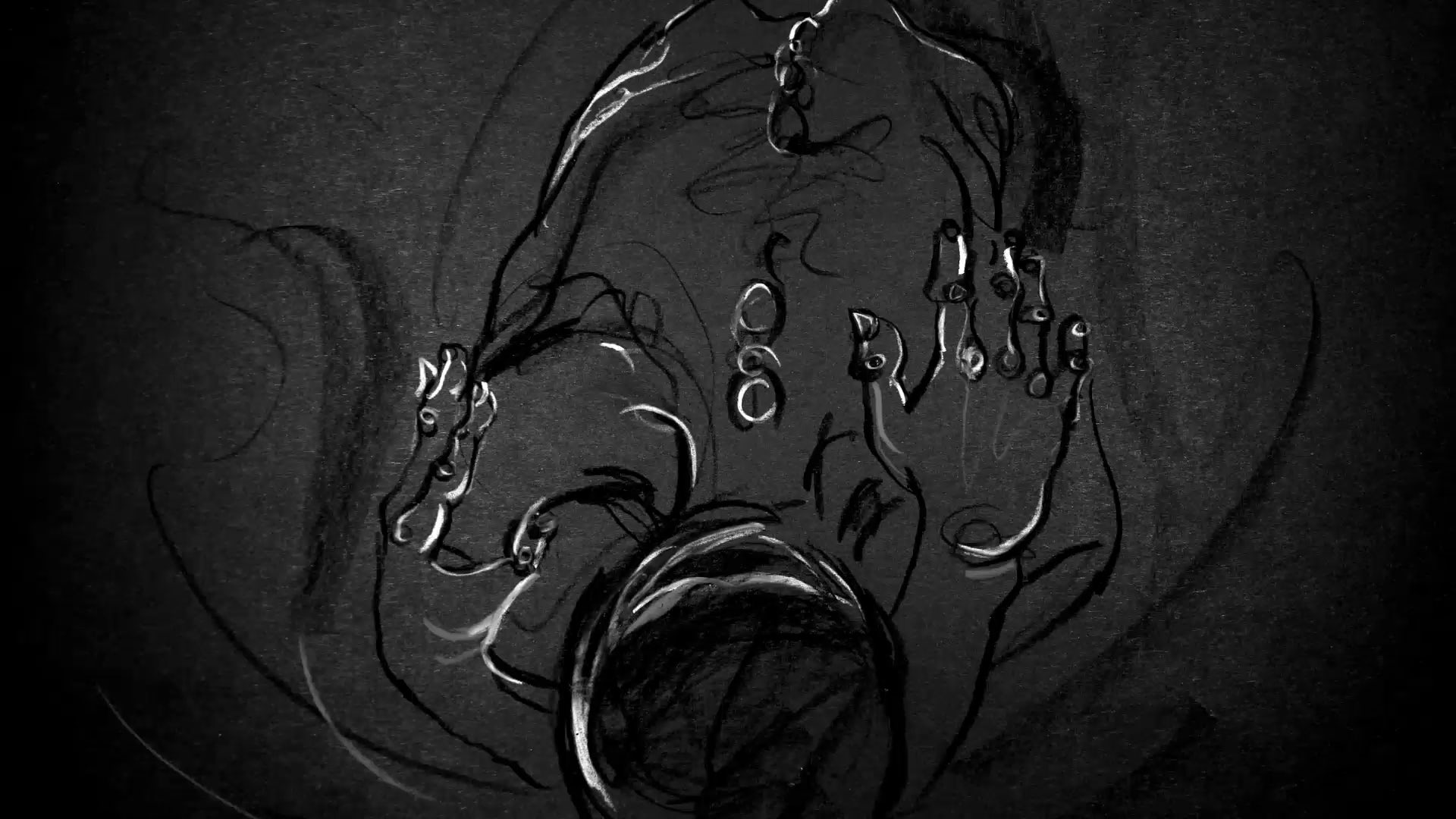 Xiaoying Liang, MA Graphic Communication Design
Language is the central focus of Xiaoying Liang’s moving image project, which stretches and plays with the meanings of words used in everyday language. Weighing out linguistic theories like prescriptivism and descriptivism, Xioaying Liang uses imagery to reinforce the fluidity of language, her project enabling her to redefine graphic design itself. 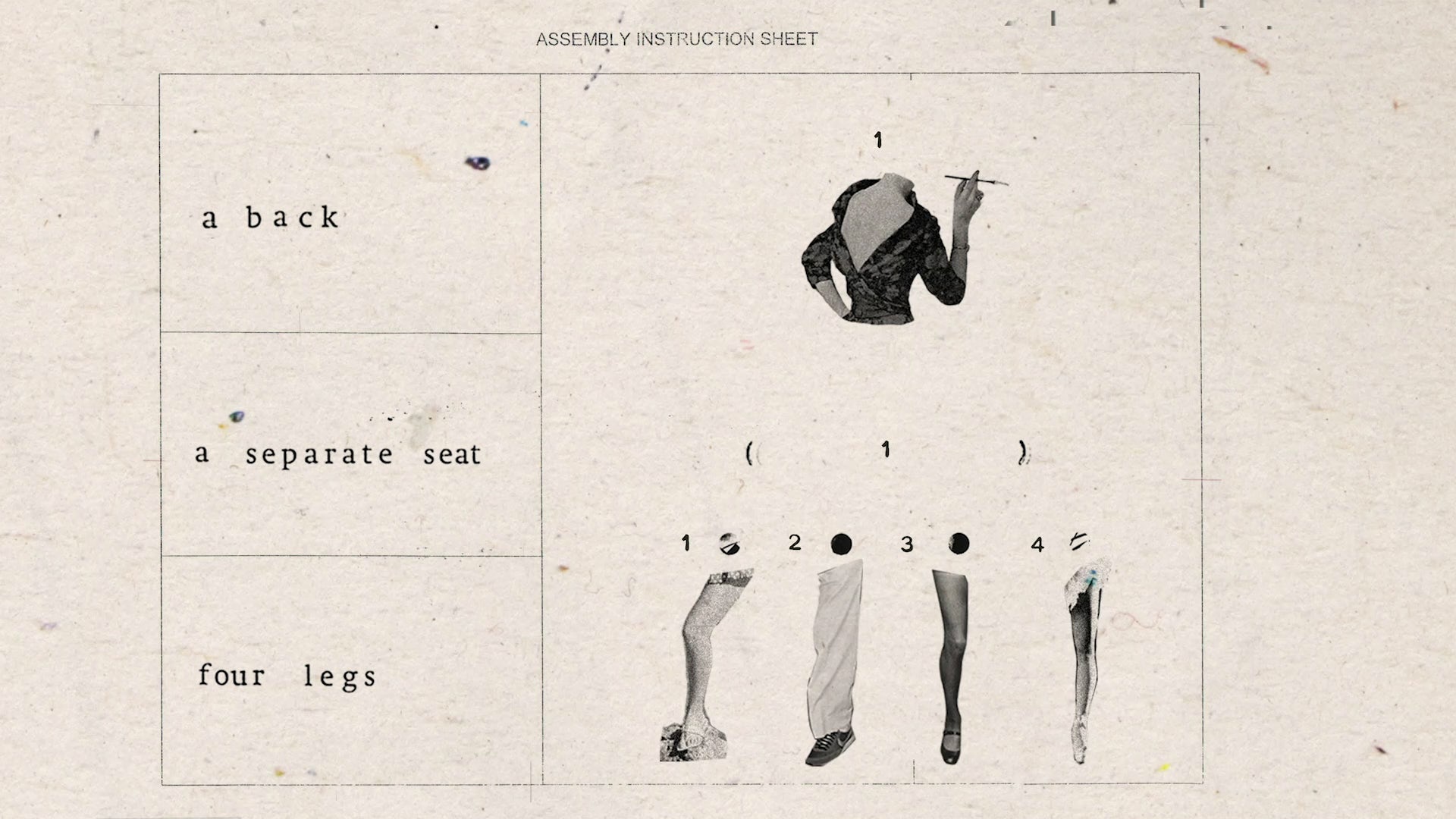 Lara Orawski, MA Photography
Through her work, Lara Orawski links the interior with the exterior; the internal body and the exterior space. Broken into two parts, her project comprises a sculptural installation and a performative series involving latex imprints of her own body that evoke themes of grief and loss. 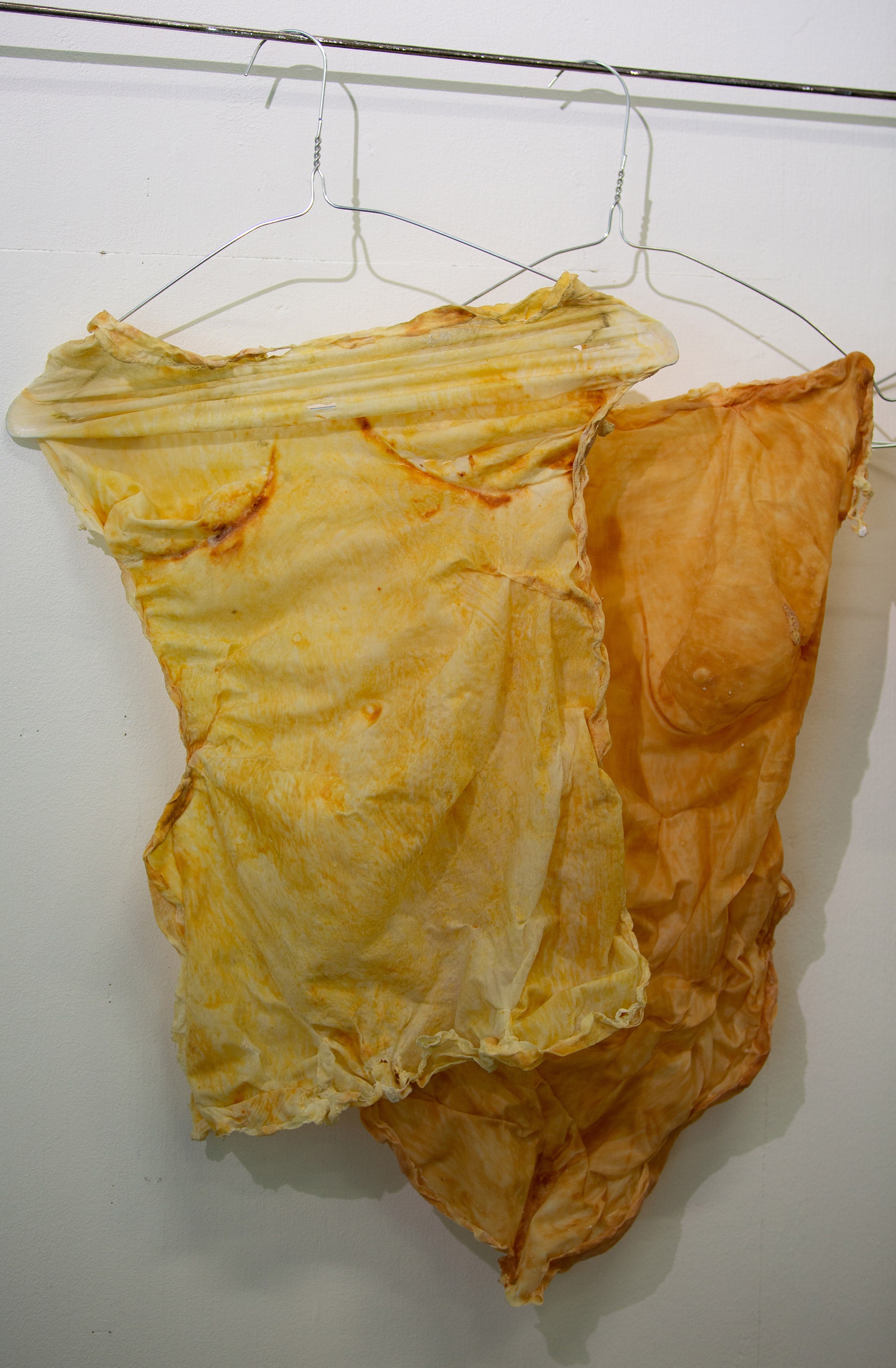 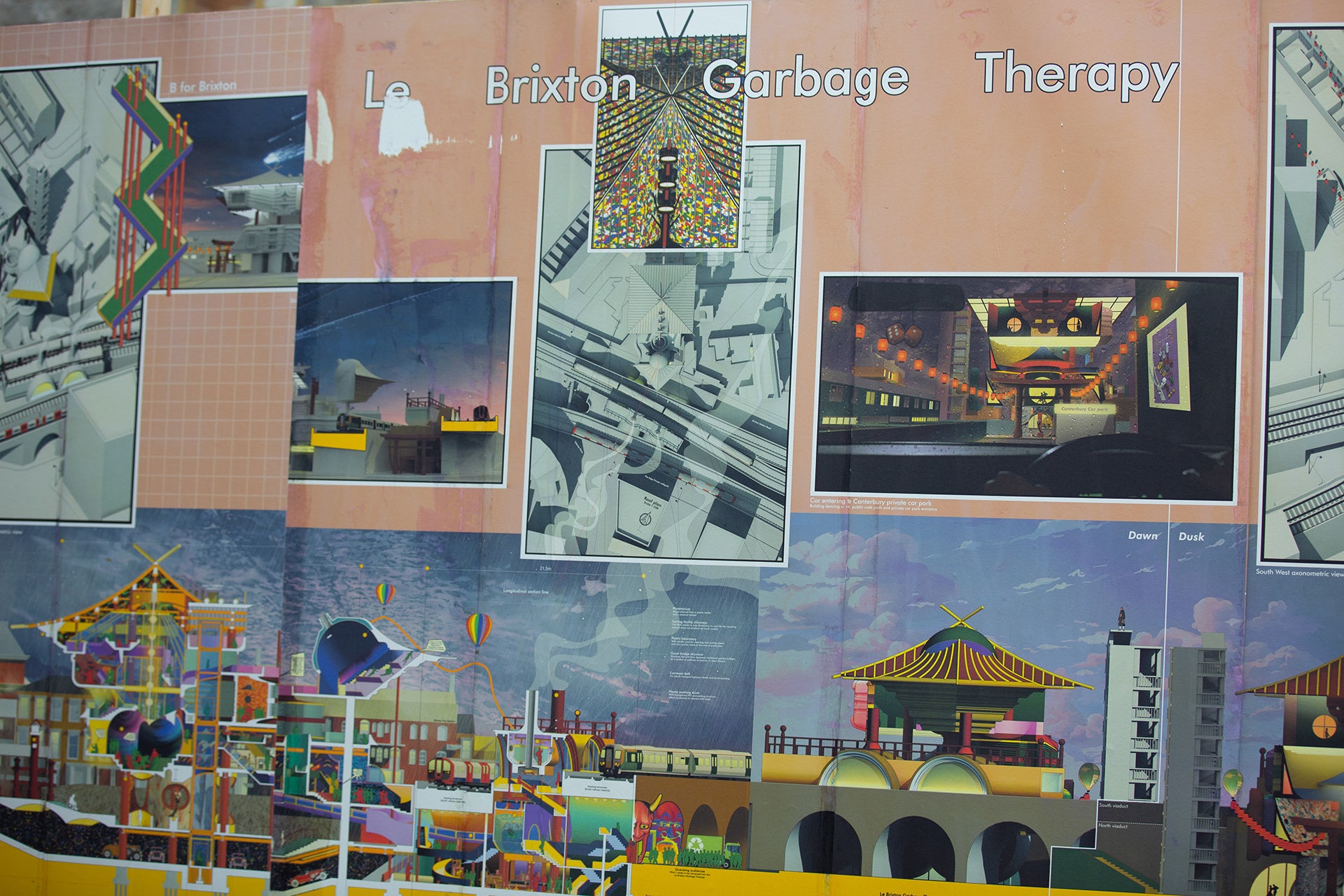 Fredrik Tjærandsen, BA Fashion Womenswear
For his degree show collection, Fredrik Tjærandsen explores the ambiguity of memory and perception through garments that straddle fashion and performative art. Using rubber as a primary material, Tjærandsen’s creations morph between states as they are worn, beginning life as an inflated bubble that deflates over time to reveal new forms. 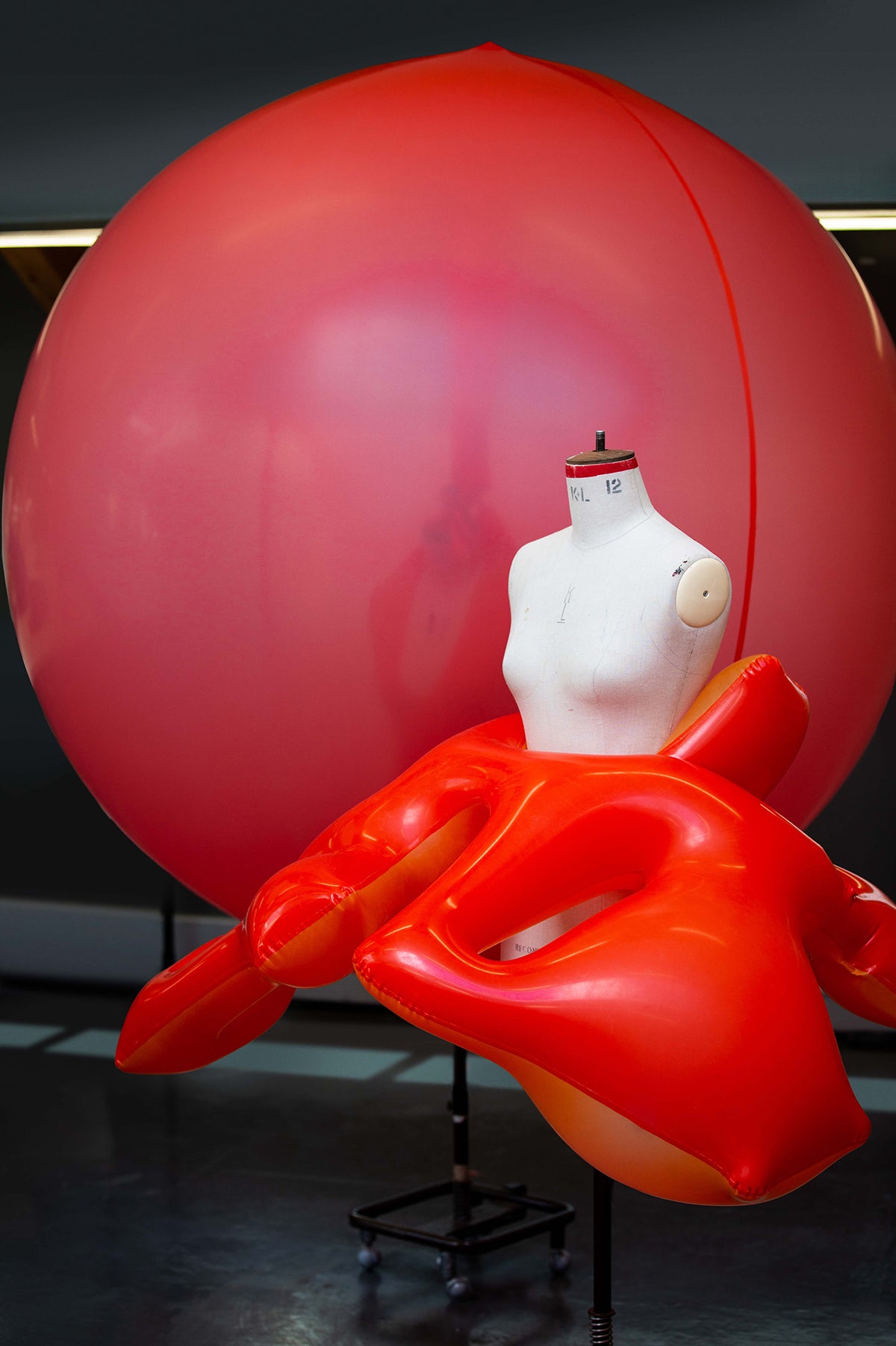 Wen Ju Tseng, BA Jewellery Design
Wen Ju Tseng subverts the use of everyday objects in response to commodification through considered jewellery design, with each piece in the collection exploring societal expectations surrounding age, education, and gender, among others. The project offers a witty take on how people are valued in modern society, reimagining familiar objects in surprising new forms. 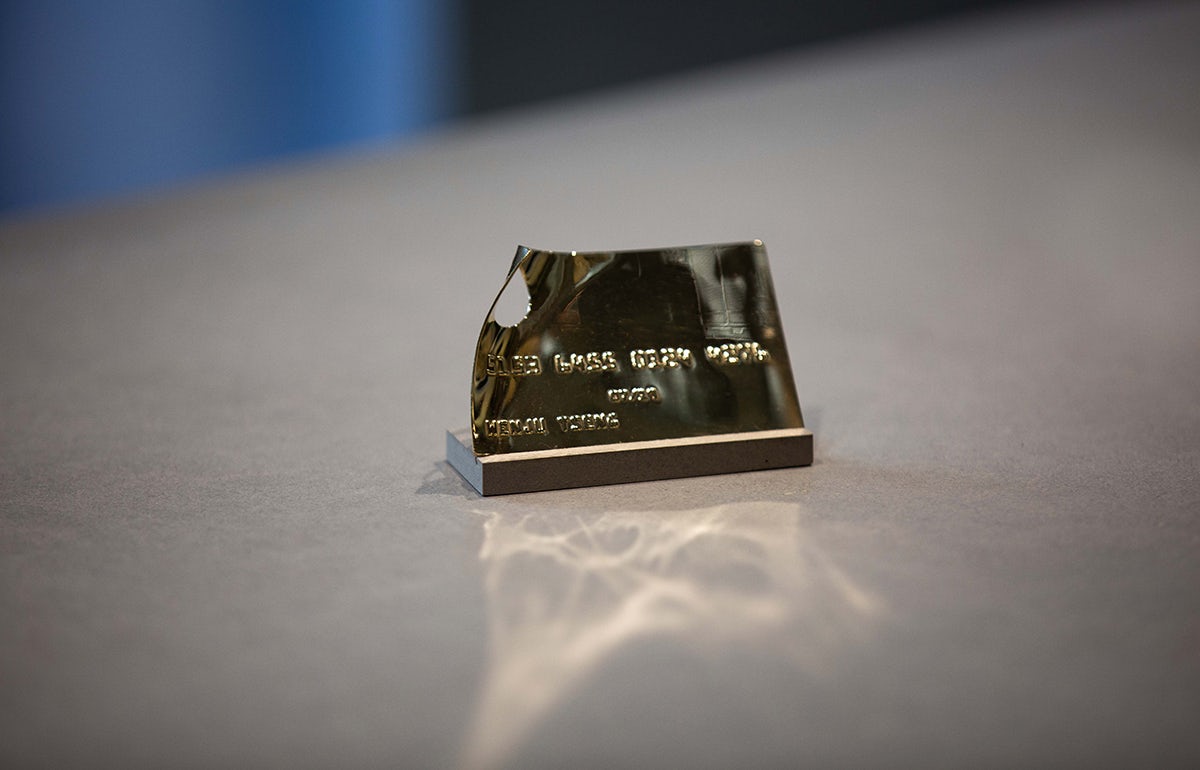 Mita Vaghela, MA Fine Art
The research behind Mita Vaghela’s project, The Net, draws on various mediums, among them sculpture, film, food, photography, performance and drawing. The Net was influenced by colonial and post-colonial theories, cultural studies and diaspora discourse, as well as experiences of her own social heritage as a British Indian woman, handling themes like identity and belonging through her work. 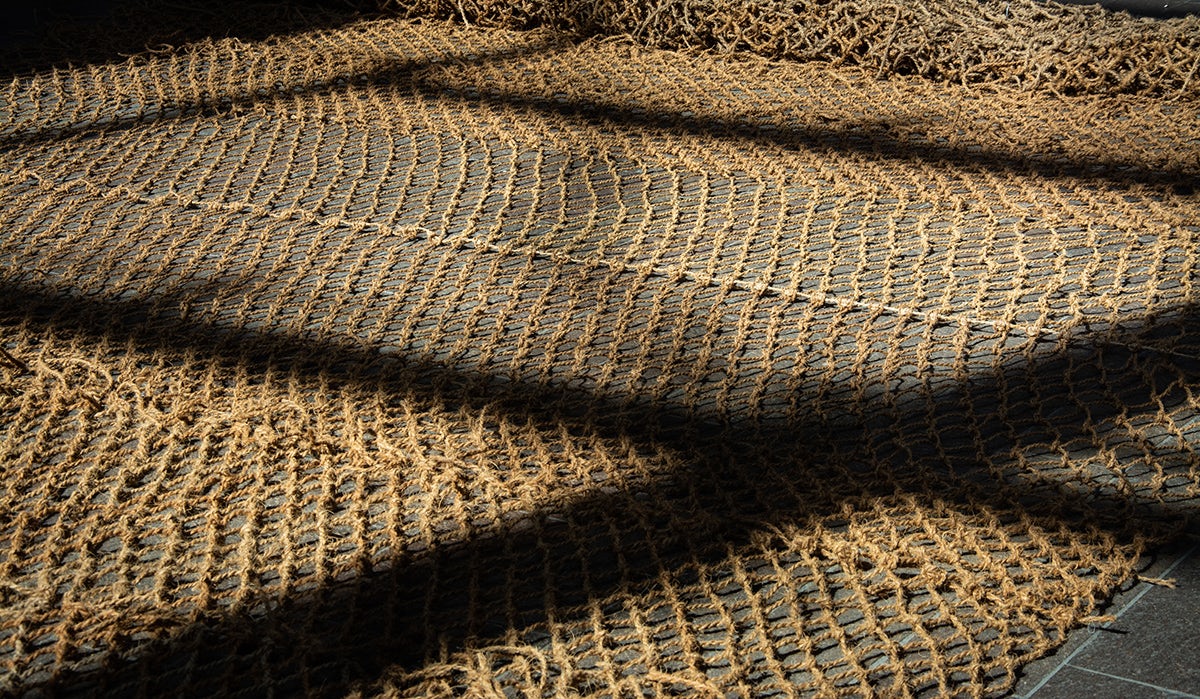