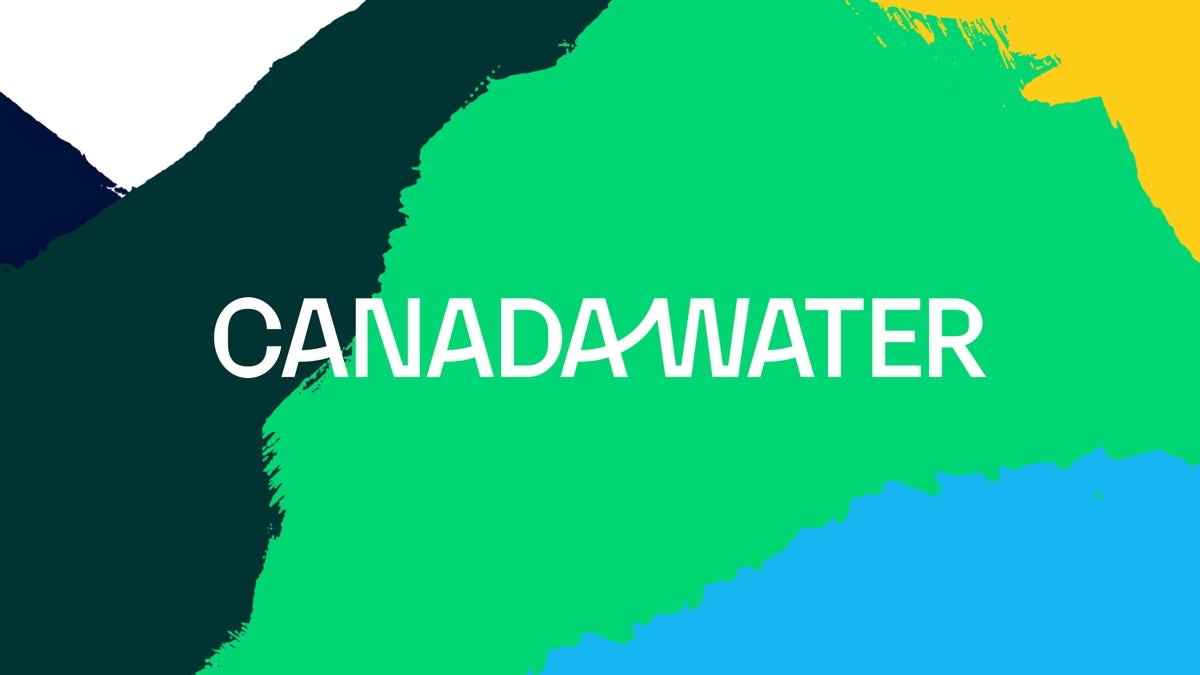 Canada Water, which is located in south east London, is part of the city’s former docklands. Canada Dock, built in 1876, was mostly filled in in the early 80s, and the area became home to a shopping centre, leisure park and a newspaper printing works – now known as the Printworks London nightclub.

In 2019, Southwark council signed off on a new masterplan for Canada Water which will see new homes and workspaces constructed, alongside additional public space. This will encompass 53 acres of land, and take place over the next decade – and that’s where DixonBaxi’s identity will step in, to help establish Canada Water as “a new town centre in the heart of London”. 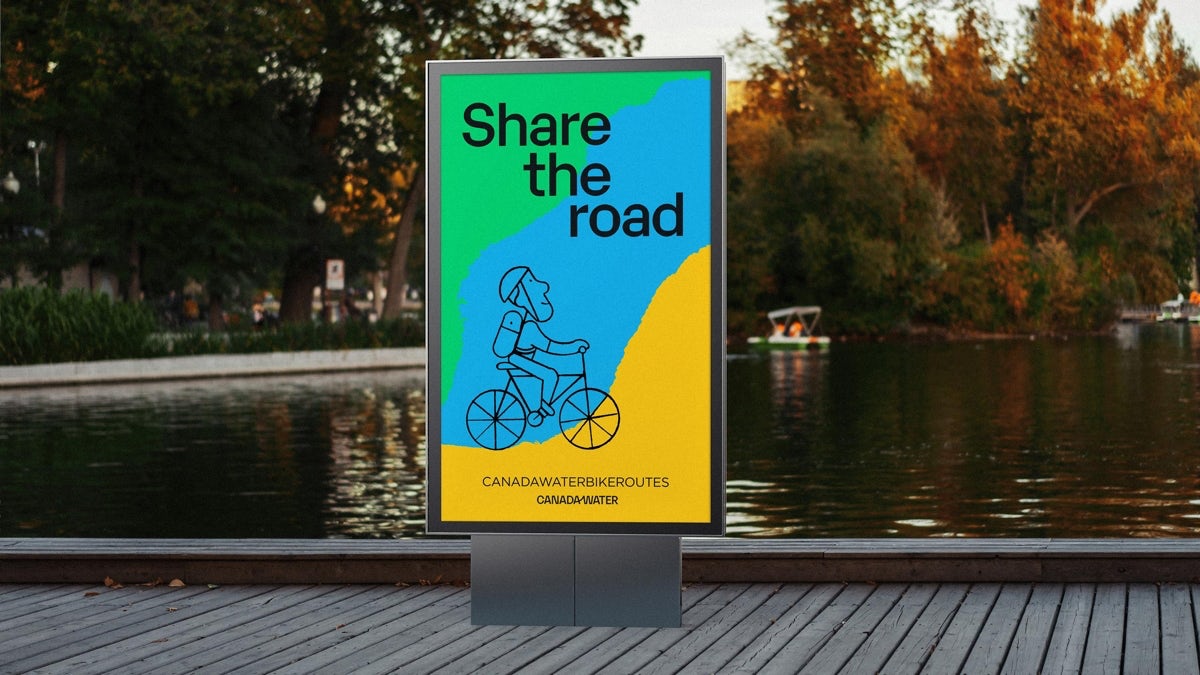 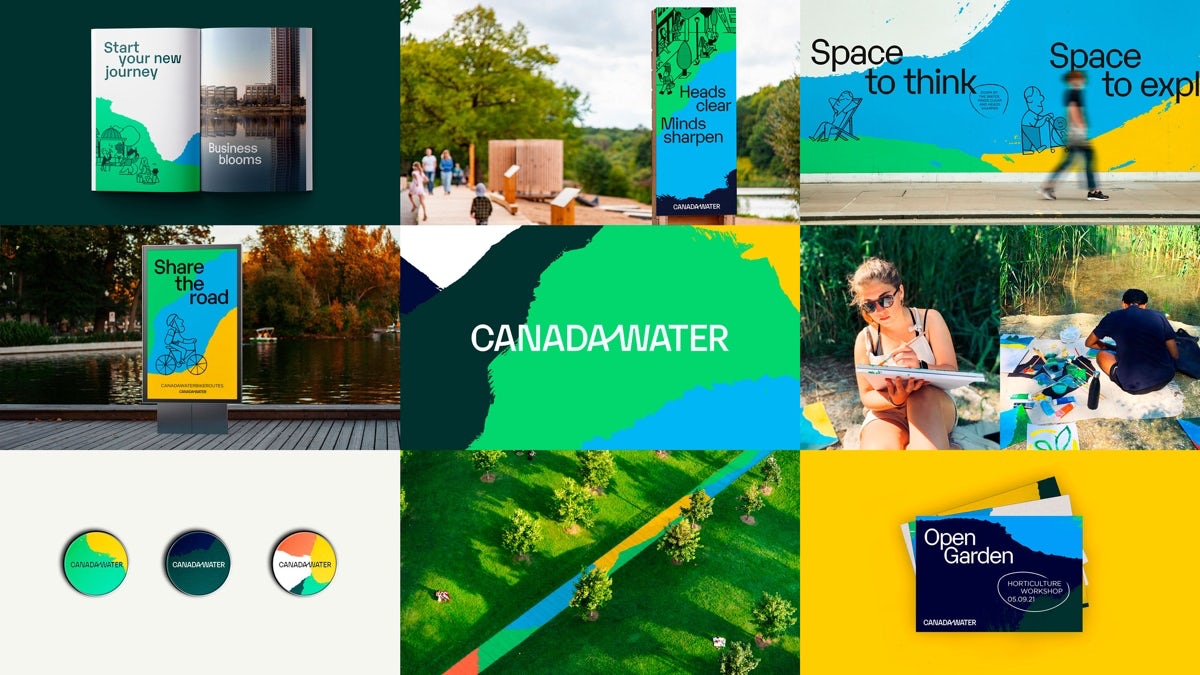 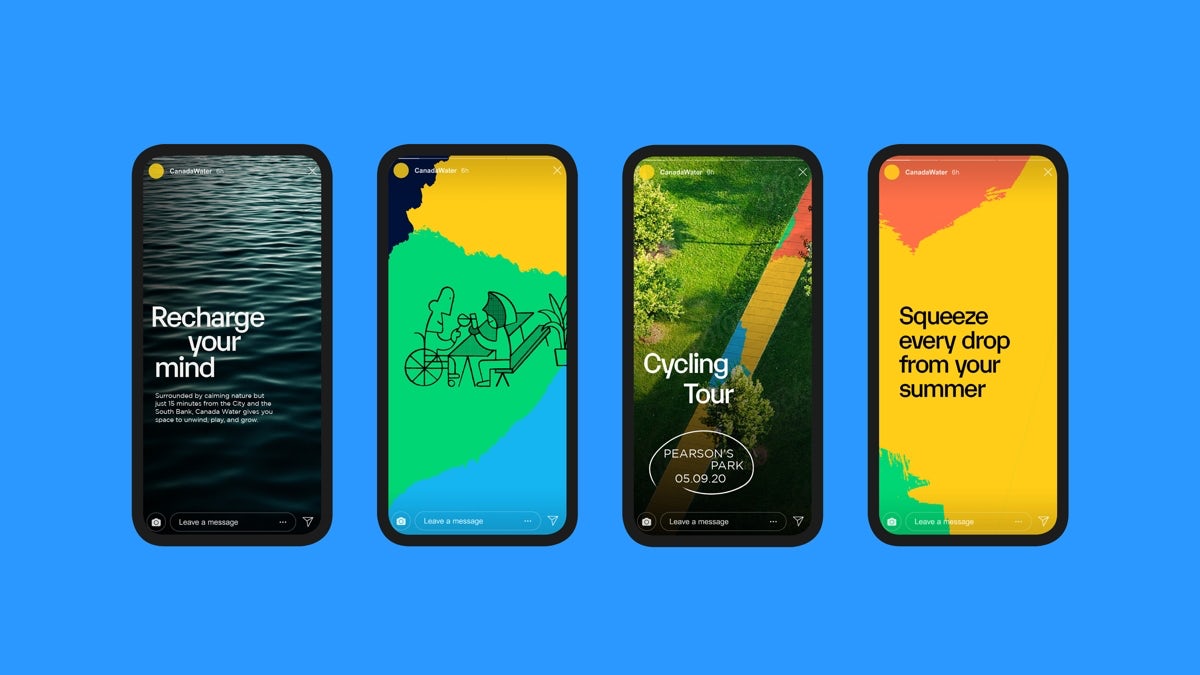 The studio says it brought in stories from the local community as well as “digging deep into the archives of the peninsula” to design the branding, which it describes as “expressionistic” and “evolving”.

The identity’s palette of colours are directly inspired by features of the local neighbourhood, for example Dockside Blue and Brunel Clay – paying tribute to famous former resident Marc Isambard Brunel.

The branding layers these colours on top of one another, and pairs them with a new Canada Water wordmark, featuring a connected A and W. DixonBaxi has chosen Monokrom’s Karelia as an accompanying typeface, for its more “structured and architectural” forms. 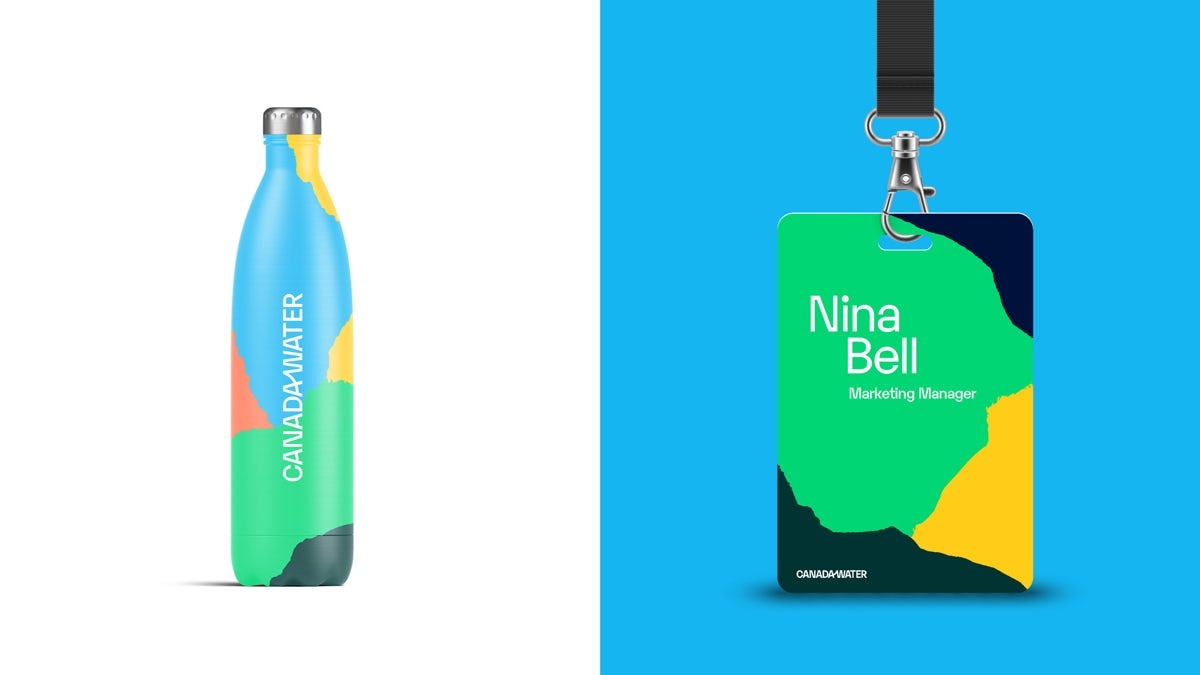 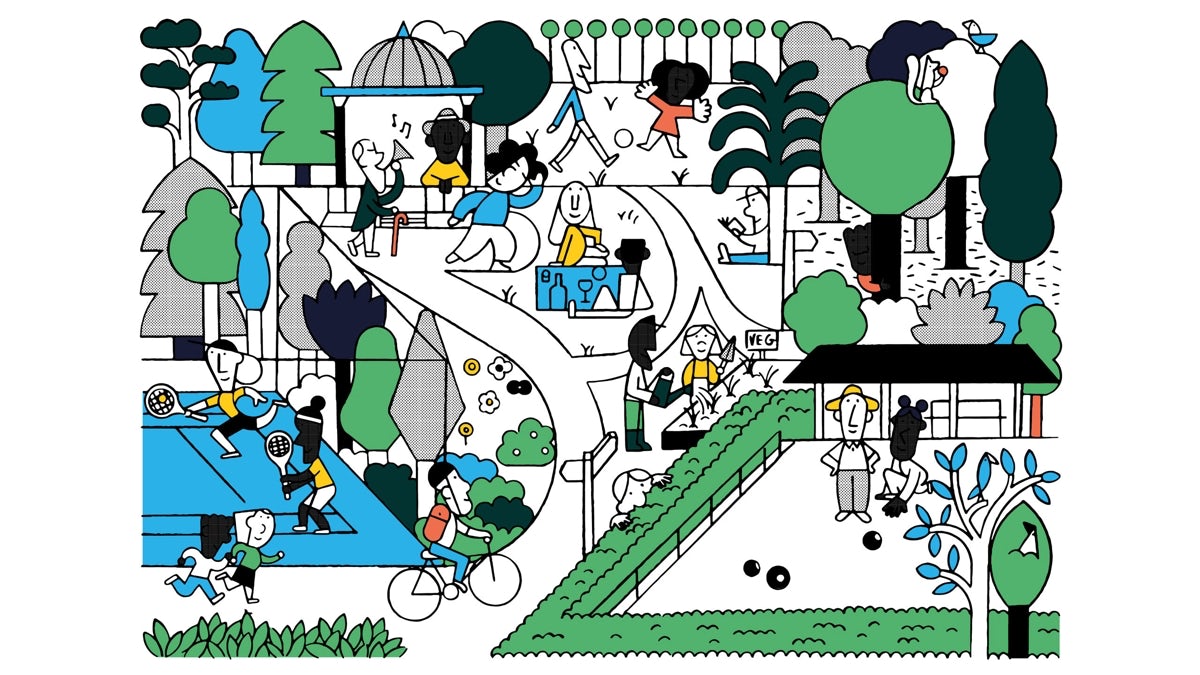 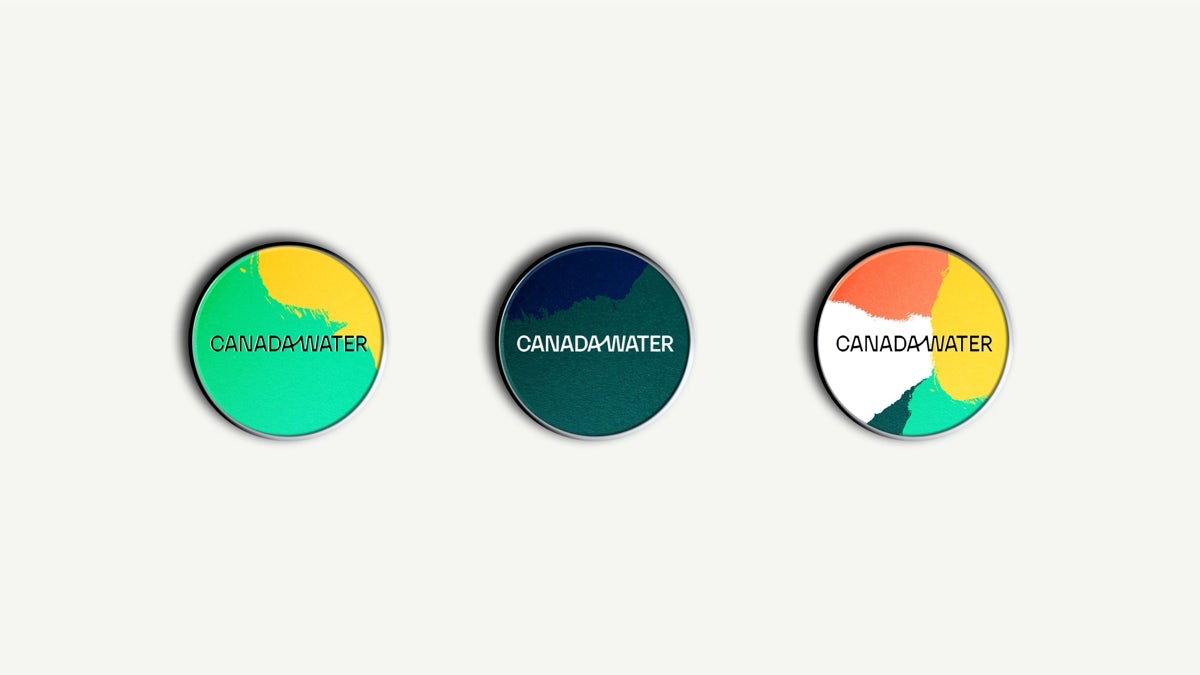