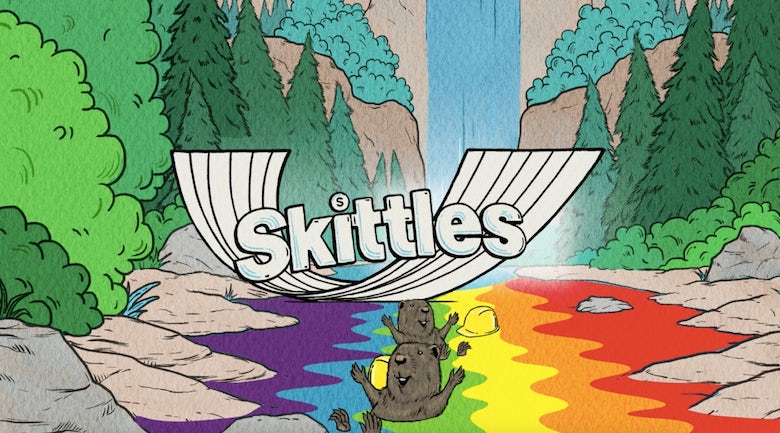 Shoppers picking up packs of Skittles might be surprised to find they’ve embraced a new monochromatic palette, with everything from the bags to the sweets devoid of colour. It’s part of an ongoing campaign orchestrated by adam&eveDDB, which has seen the brand ditch their trademark rainbow logo to support the LGBT+ community in the run-up to the London Pride parade.

As well as limited edition packets of sweets – good luck working out which part of the rainbow you’ll be tasting without the telltale colours – for this year’s iteration of the campaign adam&eveDDB has commissioned a series of short films, directed by Blinkink’s Chris Bristow and created by a team of different animators.

Running across the brand’s social media channels, they offer a playful take on all the ways the rainbow might go missing – everything from stolen by rogue beavers, beamed up by aliens, or tickled away with a feather.

It’s the third year running Skittles has donated its rainbow for Pride, and this year money raised from limited edition packs will be donated to Switchboard, a helpline for LGBT+ people.