Unilever-owned Dove has renewed its fight against unrealistic beauty standards with a new campaign that highlights the damage caused by heavily-edited selfies on social media.

At the heart of the campaign is a 60-second film directed by Benito Montorio, called Reverse Selfie. The brand says it’s a sequel to its hugely successful 2006 campaign ad Evolution, which shone a light on the impossible beauty ideals of the advertising industry and media.

Created by Ogilvy, Reverse Selfie begins with a young woman posting a photo of herself on social media. The film then plays in reverse, with the woman undoing the tweaks and staging that went into creating the image to reveal it’s not a woman at all behind the picture, but actually a young girl, barely in her teens.

“At the time that Evolution was released, the beauty industry was seen as doing the most damage to women’s self-esteem, but since then the world has evolved and now it’s selfie apps and the pressures of social media that pose the biggest threats,” says Daniel Fisher, global ECD for Unilever at Ogilvy and WPP. “Not enough people are talking about the issue but hopefully this campaign will change that. As the father of two young daughters myself, I really hope it can make a difference.” 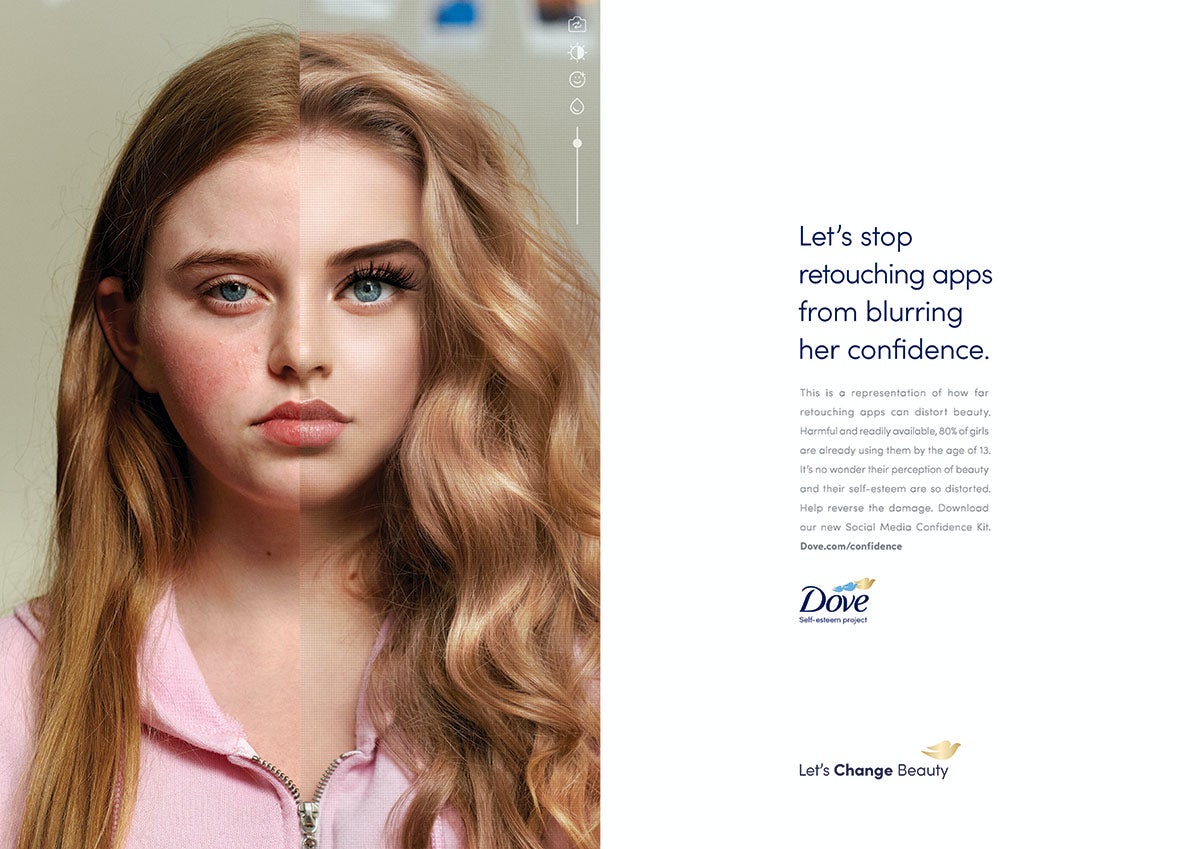 The focus of the campaign is on reversing the damage social media continues to have on young women and girls. Along with the film, a set of photographic posters shot by Sophie Harris-Taylor have been created. Each girl is shown with her natural face split with the heavily edited version, to show the stark realities of these apps.

With over a year now spent living through a pandemic, and for a lot of young people, on screens, the campaign calls for action instead of simply awareness. This is why Dove is also offering a Social Media Confidence Kit, one version for parents and another for teachers. The kit encourages parents and teachers to have ‘the Selfie Talk’ with the young people in their lives, which they equate to being just as much as important as conversations about puberty, consent and sex. 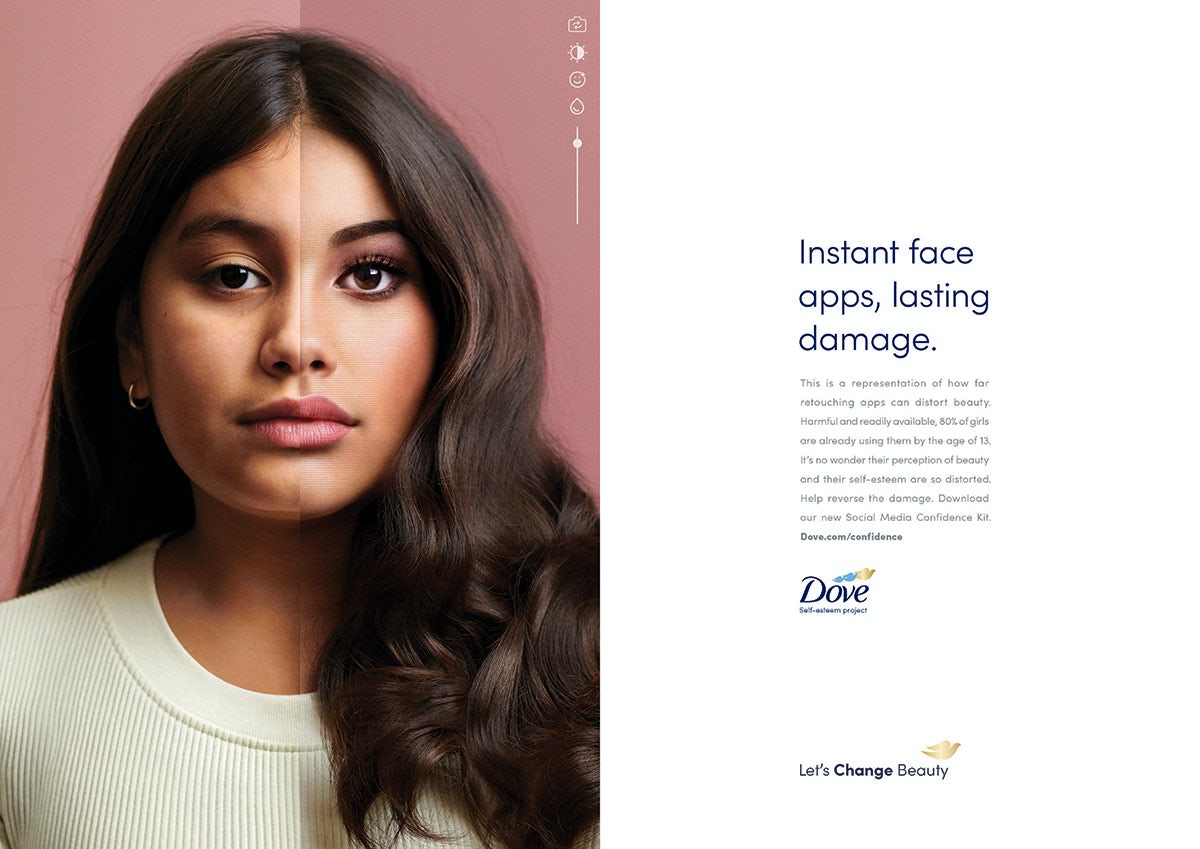 “Now that social media has grown to be part of our everyday lives, digital distortion is happening more than ever and tools once only available to the professionals can now be accessed by young girls at the touch of a button without regulation,” says Dove’s executive vice president Alessandro Manfredi. “Girls all around the world have begun to feel the pressure to edit and distort how they look, to create something ‘perfect’ which cannot be achieved in real life.”

Dove hopes to start a movement to build confidence with the hashtag, #NoDigitalDistortion, and will be running ads all over the world across TV, print, digital and social.