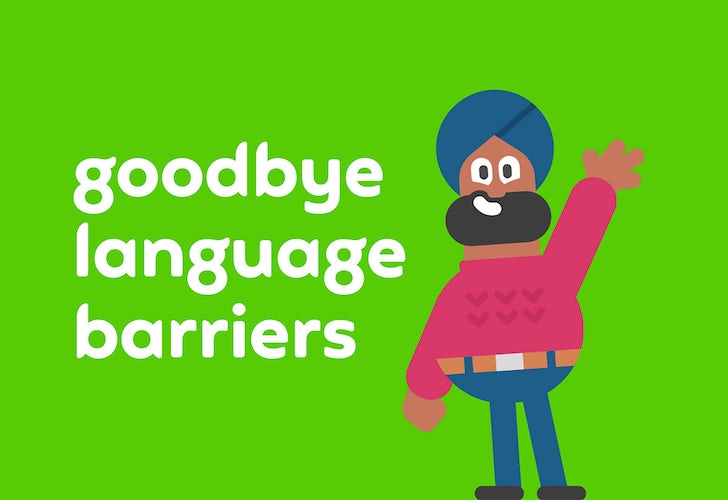 Language-learning app Duolingo has been rebranded by London-based studio Johnson Banks in an effort to unify the brand and provide clarity.

Launched in 2011, Duolingo has been downloaded 300 million times and provides the opportunity to learn over 30 languages through its ‘gamified’ learning approach. With a growing list of products that aim to make learning a language easy, a rebrand was needed to unify the different parts of Duolingo. It was felt that while the brand’s owl mascot (Duo), the core colours and the illustration style worked within the app, there were few guidelines on how to utilise these elements outside of this environment. 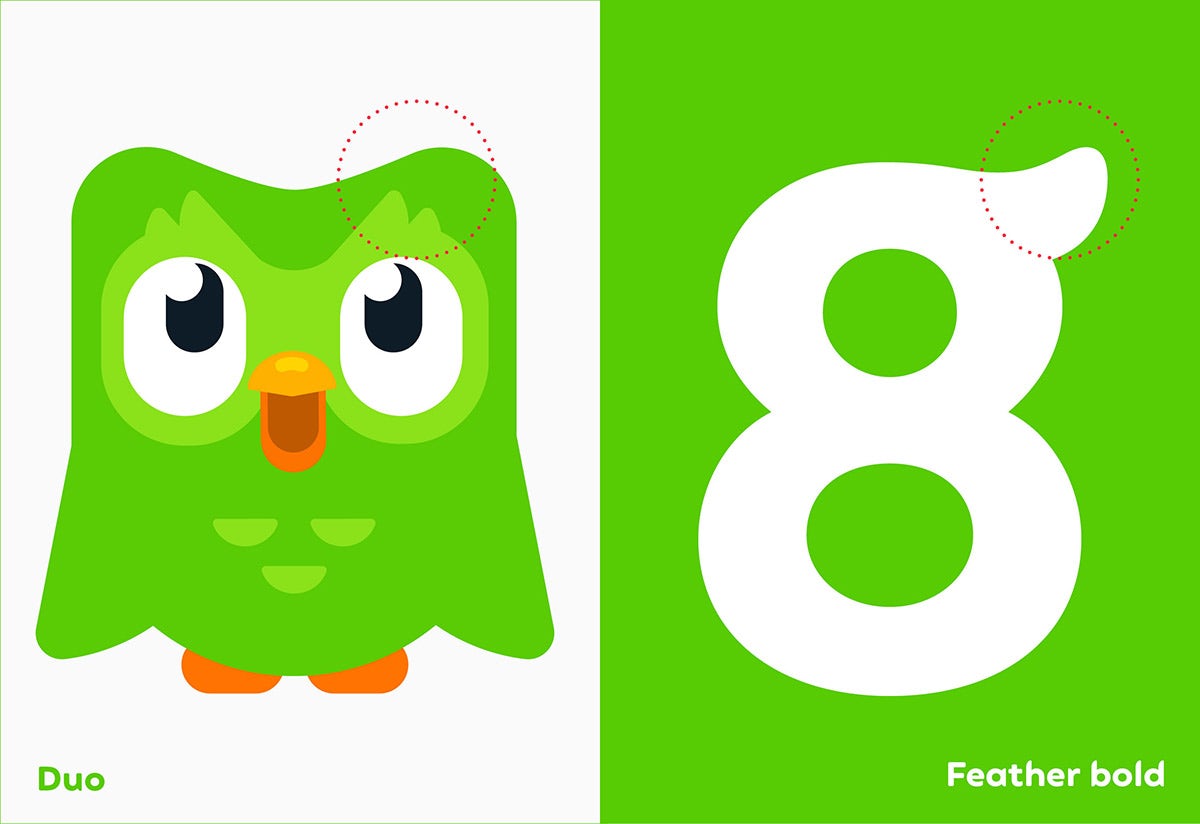 Using the brand’s mission of transforming lives through language as a starting point, Johnson Banks was brought on to visually translate what they stood for. “So many tech and Silicon Valley brands have adopted the same neutral, characterless sans-serif typography,” says Michael Johnson, Johnson Banks Founder and Creative Director. “We were determined to find something that stood out – and the answer was to use their mascot as our inspiration”.

First the team worked on Duolingo’s logotype, by referencing Duo’s “feathery form” through serif-flecked lettering taken from the owl’s plumage. Bit-by-bit this developed into a fully formed typeface which reflected the company’s “quirky personality”. With the help of type specialists Fontsmith, this was then expanded into more characters and Feather Bold was born. 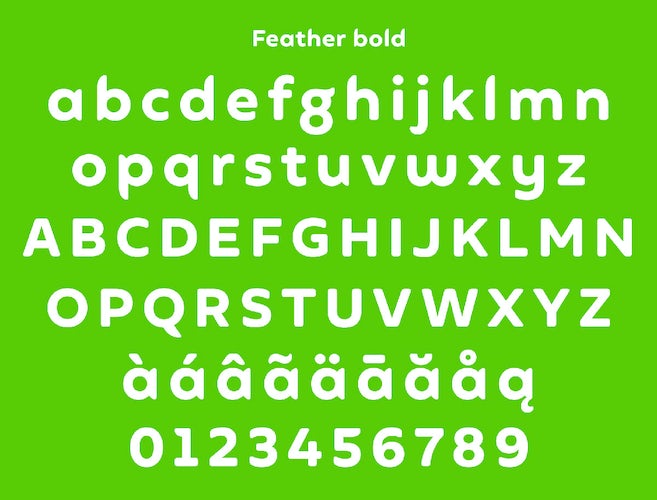 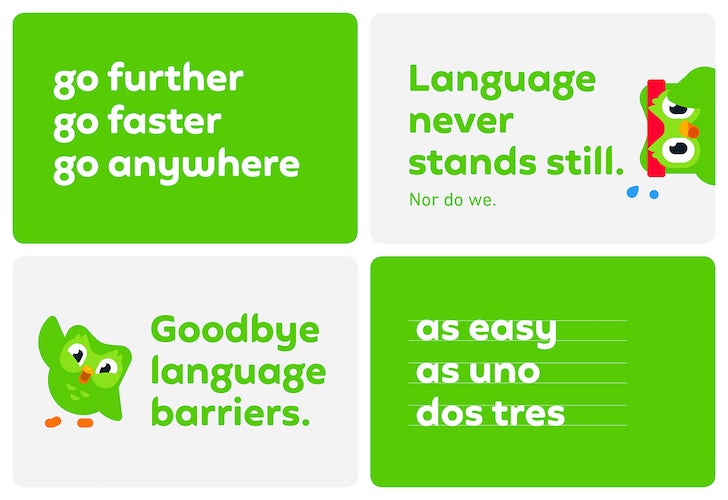 “This has been a unique opportunity to develop what is already a much-loved product into a world-beating brand,” says Johnson. “Working hand-in-hand with the Duolingo team in Pittsburgh, through sprints and workshops, we started with a left-field idea – to draw their logo based on the shapes in their mascot – and an entire design scheme led from there.”

Alongside the bespoke typeface, a tone of voice and messaging approach was developed and a clear set of guidelines was created to bring all of these elements together. This includes new logo lock-ups, revised core colours, typographic styling, illustration guides and other graphic elements. 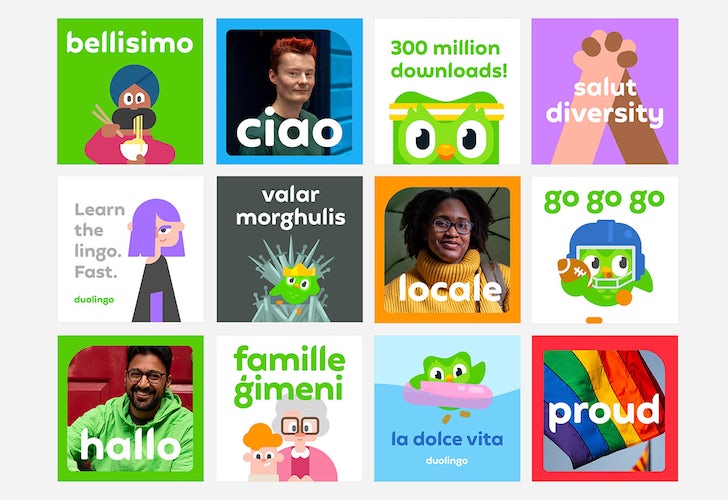