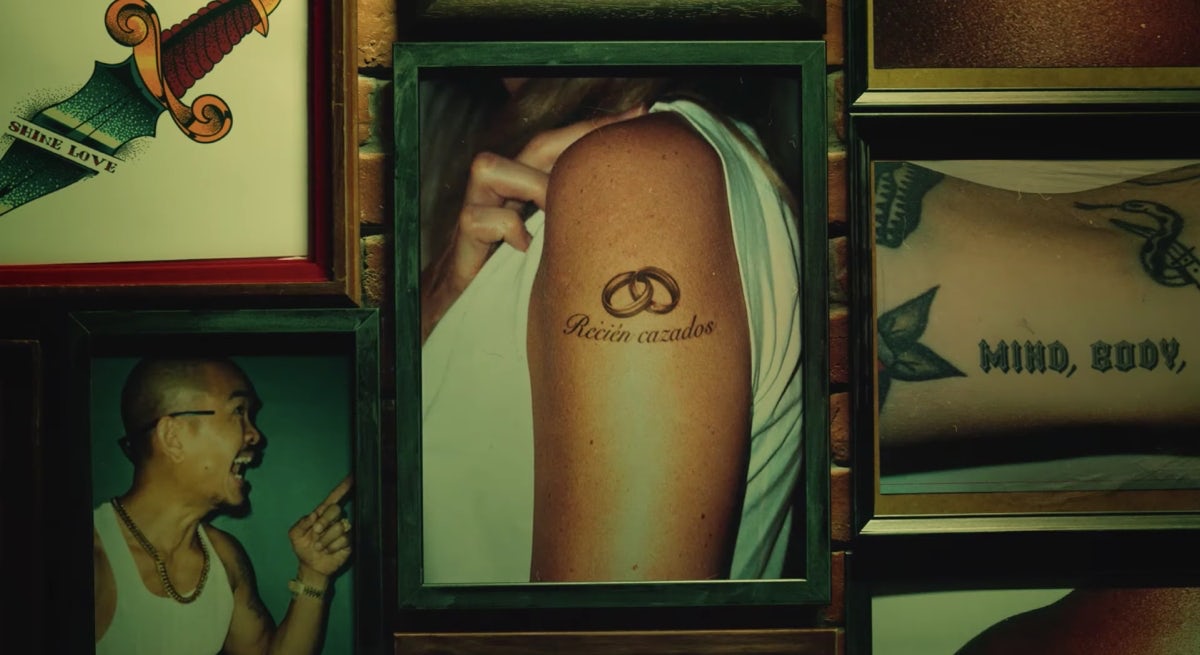 Launched just in time for World Tattoo Day on March 21, #TattooDuoOver has big ambitions to translate every single foreign language tattoo shared with Duolingo over the course of the next two weeks.

Duolingo has launched the campaign with a playful film – created by BETC Paris and directed by Pierre Edouard Joubert – affectionately mocking anyone who’s ever decided to get a tattoo in a language they’re not familiar with.

The ad stars a cast of rogue tattoo artists, who are shown morphing motivational quotes such as ‘live, laugh, love’ into the more obscure ‘sad, soft, tuna’, or a request for ‘courage’ into ‘toilet demon’.

Anyone left with doubts about what their body art actually means can share a picture with the app’s language experts, who’ll report back on grammatical or translation errors. Photos can be tweeted at the Duolingo account or tagged on Instagram, and there’s also an email option for anyone feeling especially ashamed.

A few lucky (or unlucky, depending on what their tattoos translate to) entrants will also be invited to Paris tattoo parlour Abraxas to get any embarrassing mistakes fixed. 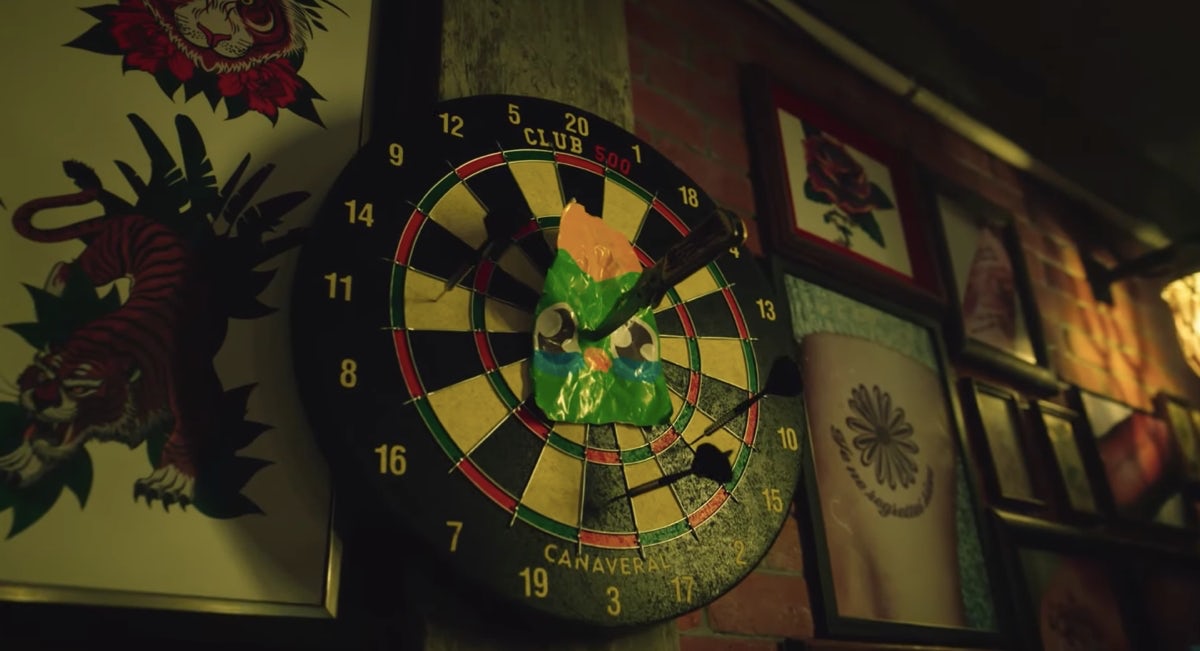 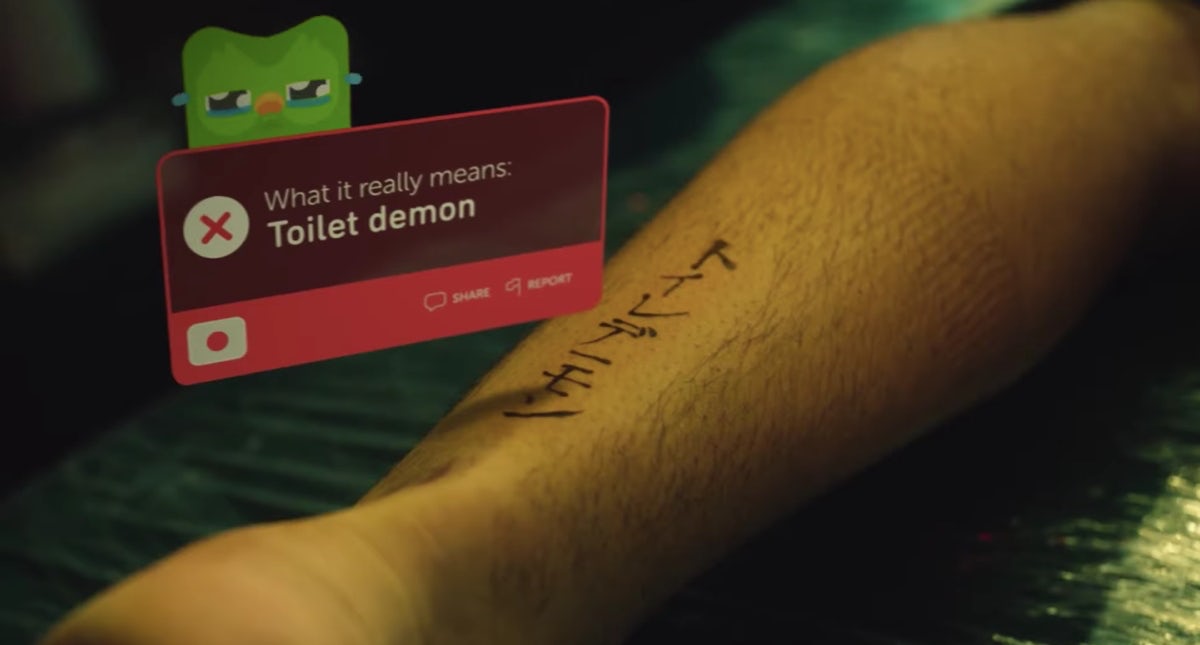 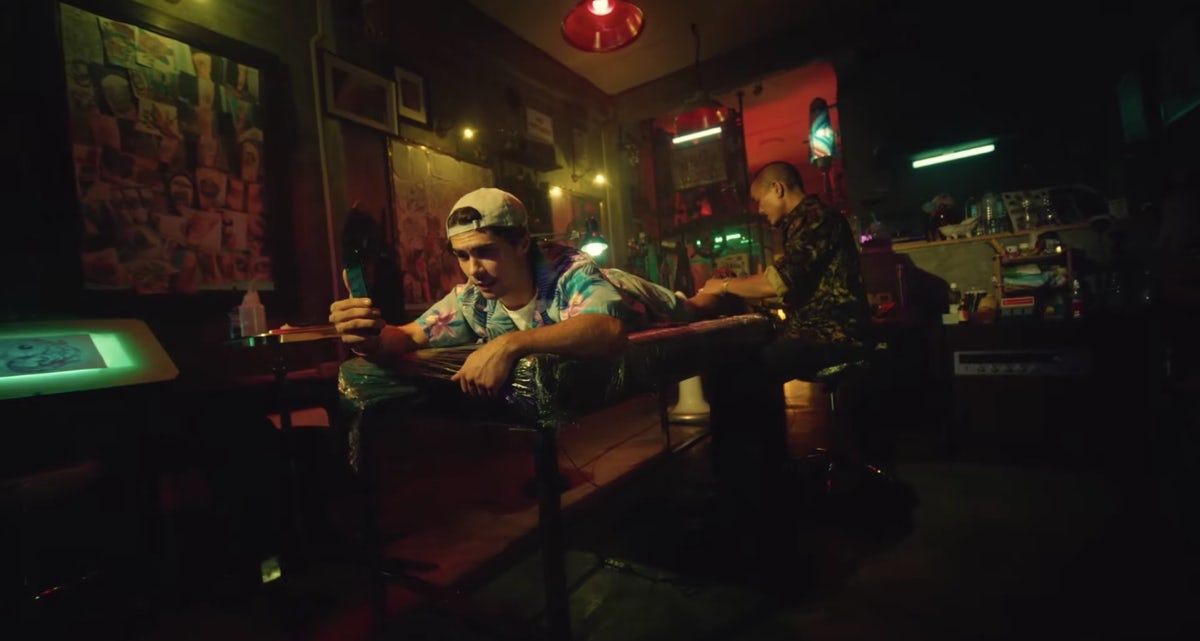 The ad comes not long after Duolingo’s Emily in Paris-themed campaign, which adopted a similarly playful tone.