Scent is widely acknowledged as being one of the most powerful senses for evoking memories, a notion that informs the Scents of Belonging series, created for Choose Love for World Refugee Day on June 20.

The three candles each have a distinctive scent, inspired by three memories. A Kitchen in Damascus, Syria, is created with fragrances of cumin, mint, tomato leaf and tobacco leaf, which are Imad Alarnab’s memories of his mother’s kitchen growing up; A Rooftop in Mashhad, Iran is from Majid Ajin’s recollections of home and smells of roses, firewood, basil and jasmine; and A Garden in Imo State, Nigeria is drawn from Vanessa Nwosu’s description of the fresh rain, sugarcane, pineapple leaves and hibiscus flowers from her grandmother’s garden.

The Scents of Belonging candles are promoted via a moving film, shown above, created by BAFTA-winning Syrian filmmaker and rights activist Hassan Akkad, plus a series of print ads, which see the different scents evocatively described in words.

The packaging for the candles features pastel colours and the geographical coordinates to each place the scents are drawn from. The design also includes a symbol of a candle wick turned upside down to reflect the image of a pin-point icon highlighting a specific location on a map. 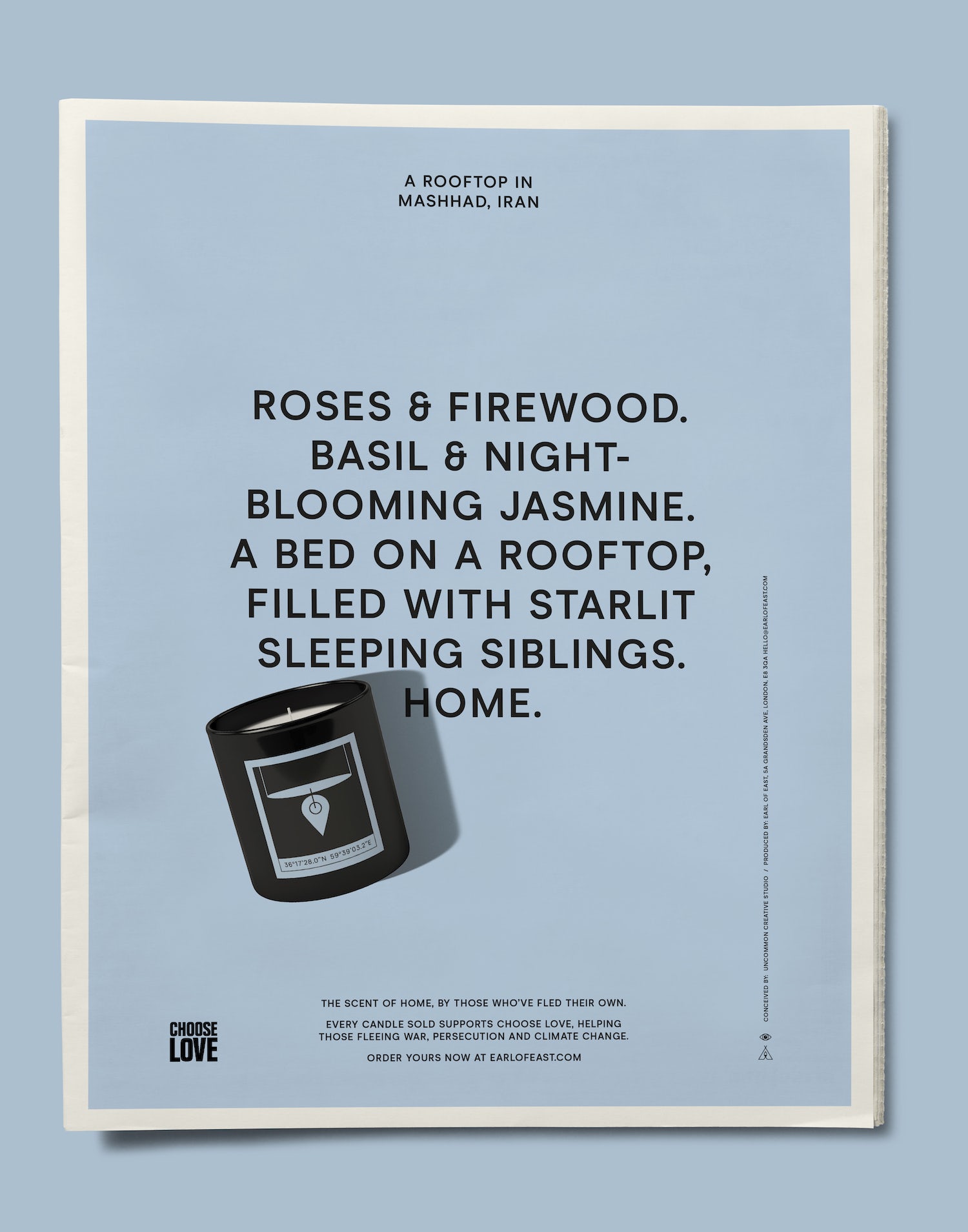 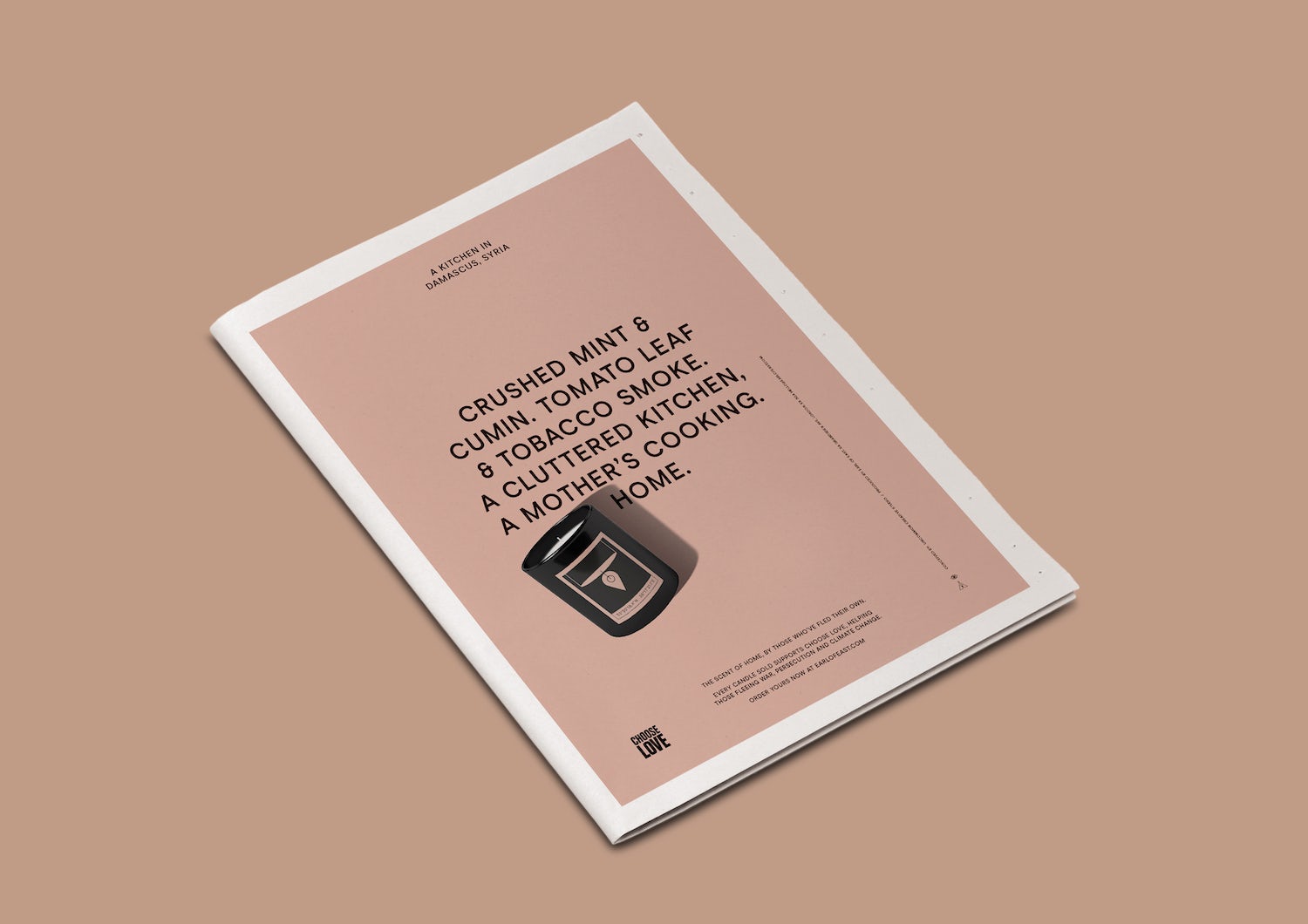 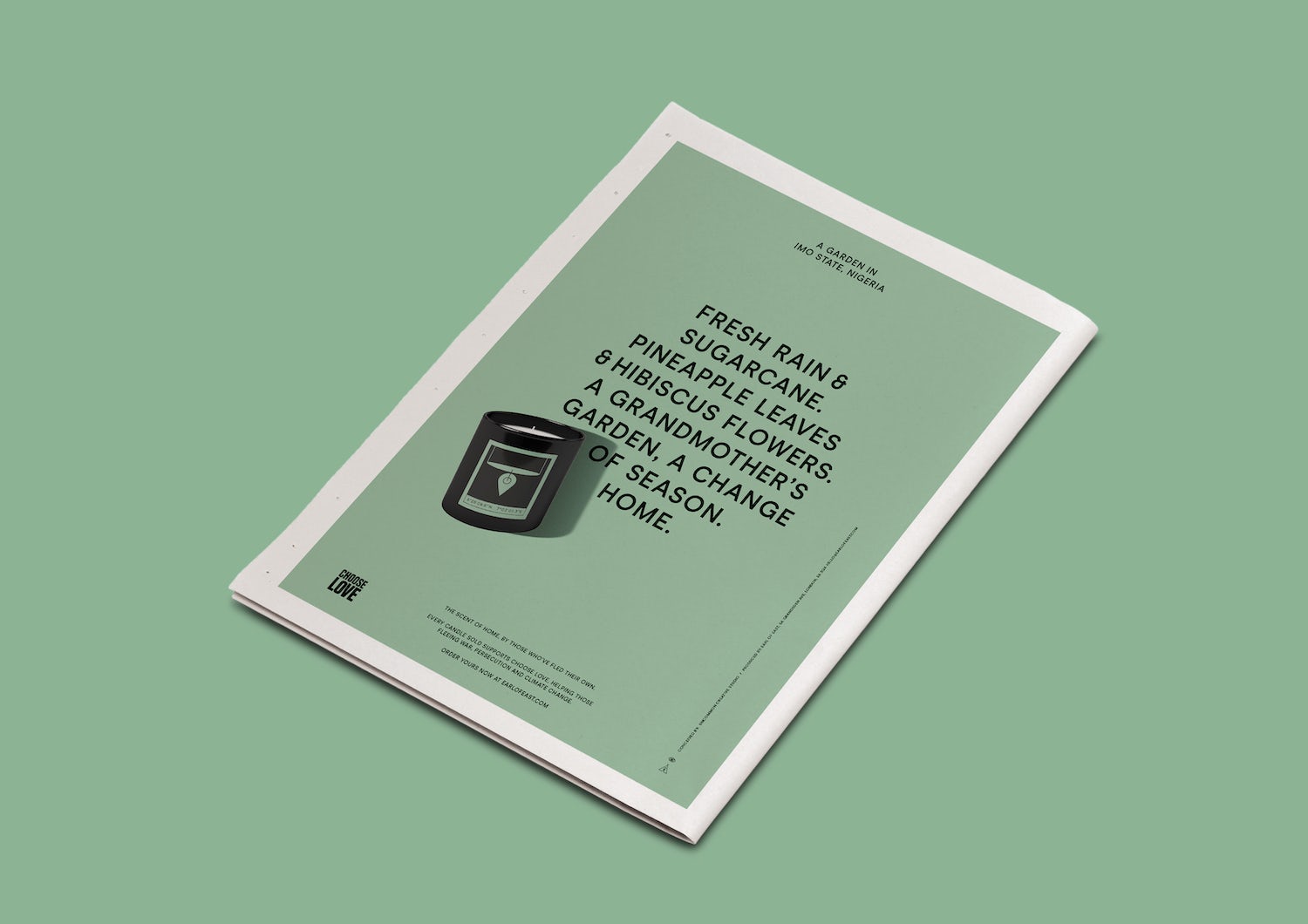 The series is the second collaboration between Earl of East and Uncommon Creative Studio, following the Scents of Normality set of candles, released last year to remind us of some of the places we missed most during lockdown, which raised over £12k to support the hospitality industry.

The candles can be purchased online at Earl of East or in the brand’s Coal Drops Yard store in King’s Cross, London. All profits go to Choose Love.