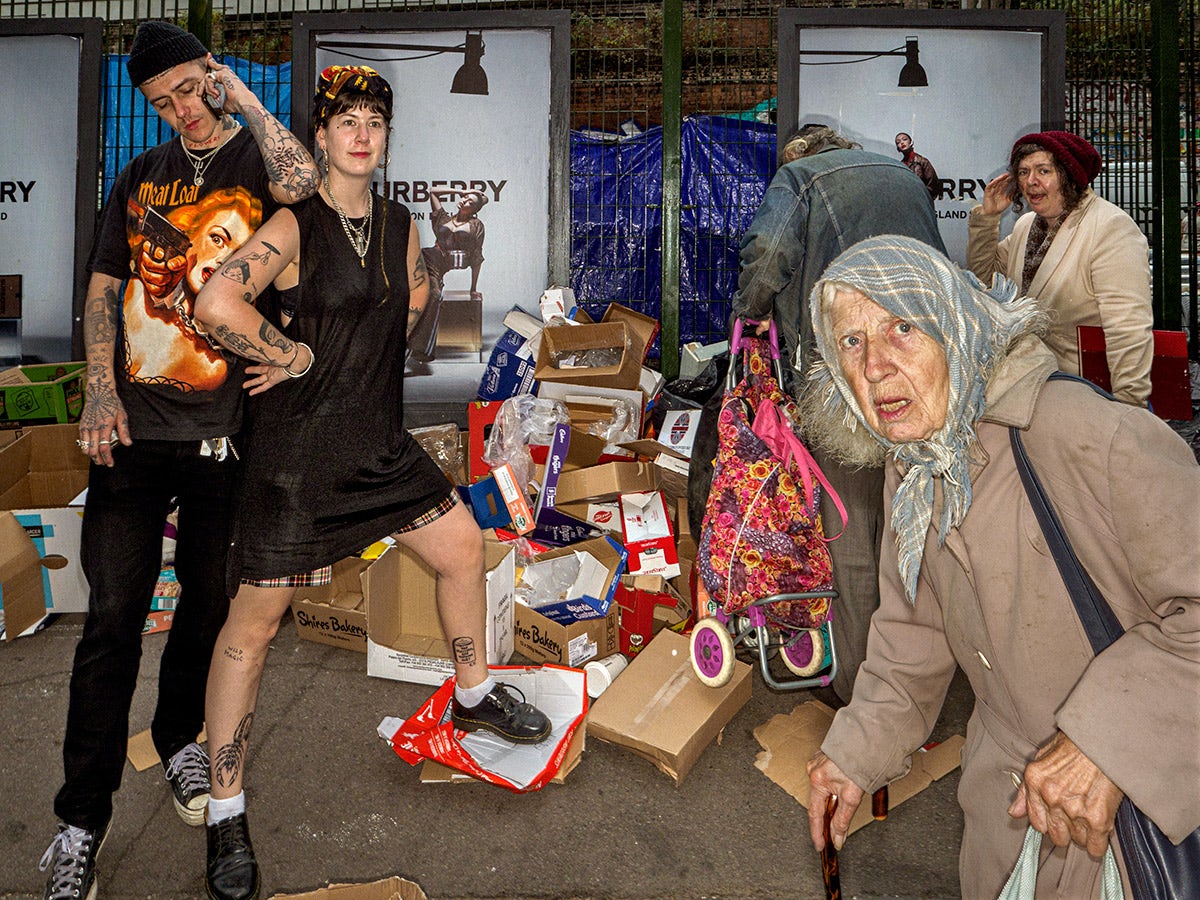 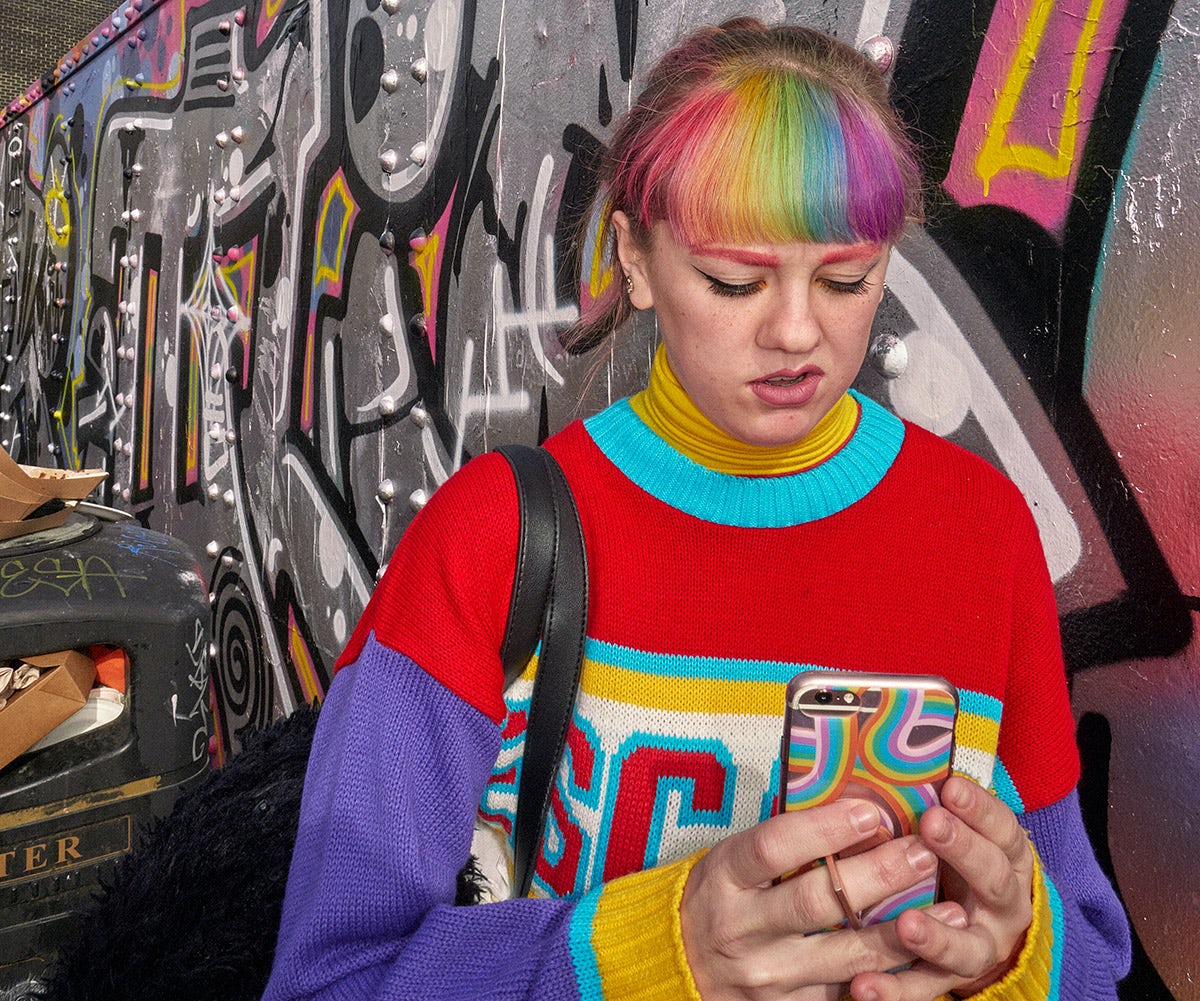 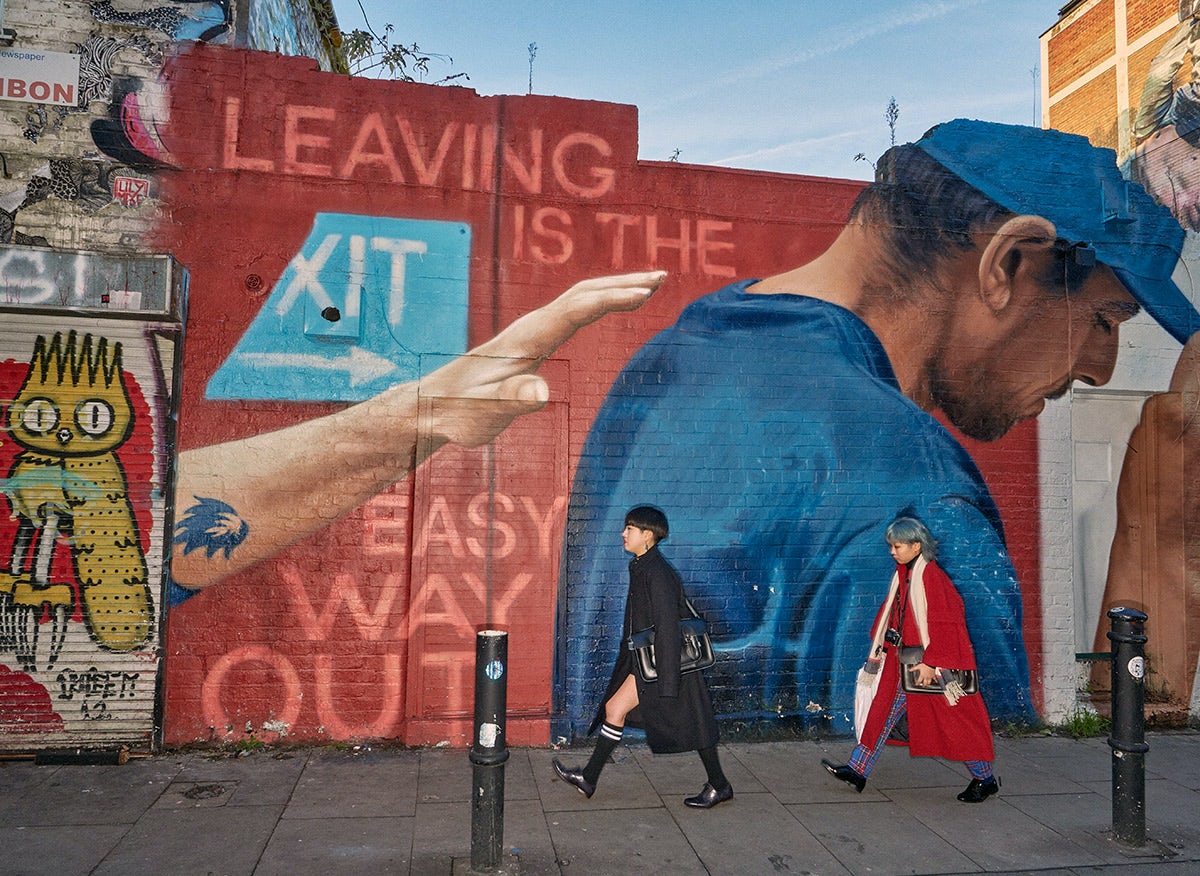 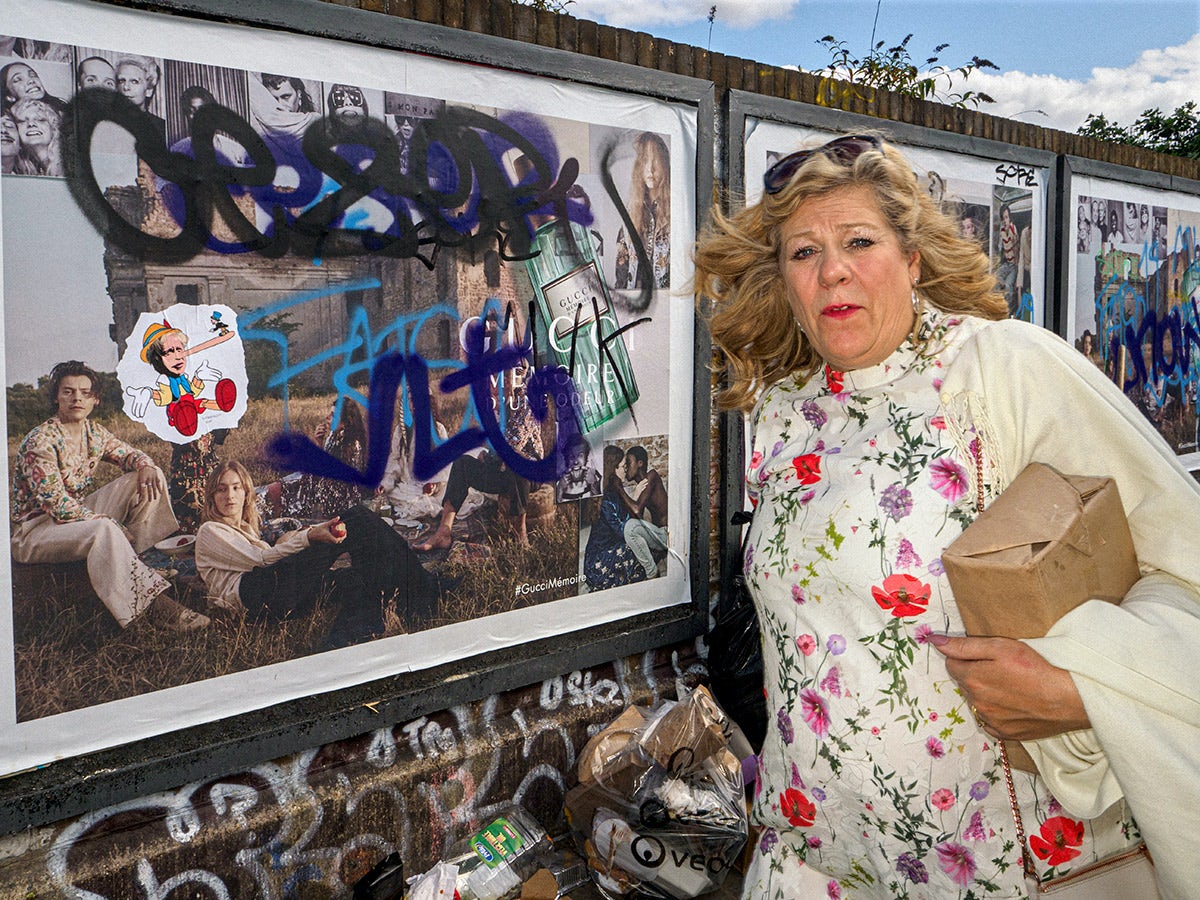 Themes of gentrification, commerce, and local community all collide in Dougie Wallace’s photographs of east London. In particular, he is interested in the way that street art has been co-opted by commerce to make areas of the city desirable to new residents. “Once considered as spray-painted vandalism, graffiti now appears in galleries and museums worldwide,” Wallace explains. “Artists, who were hooded, hidden and nocturnal, are now out in the open, producing their work in broad daylight from cherry-picker platforms. Commissioned by corporate brands such as adidas and Gucci, they offer creative interventions into the urban landscape, images of coolness and affluence – murals destined to become Instagrammable propaganda….

“Gentrification has brought numbing sameness, yet look carefully and you’ll spot the cheeky protest posters – political critique to climate change rebellion – purposefully plastered over and defacing the ads, as if the voice of the streets is reclaiming its walls.”