The seeds of Eat Offbeat were planted in 2013, when Manal Kahi arrived in New York and was impressed with the quality and variety of peanut butter on offer, but less so the hummus.

Her and brother Wissam were on a mission to find a hummus as good as their grandmother’s, which led them to think of the many immigrants who had resettled in the city and the endless other recipes they might be able to discover and share. The brother and sister duo joined forces with the Michelin-starred Chef Juan, who has helped train over 40 former refugee chefs with kitchen skills since Eat Offbeat officially launched in 2015.

The social impact delivery service seeks to introduce people to cuisines that are “off the beaten path” via private catering and meal boxes, which are cooked up by former refugees hailing everywhere from Afghanistan to Venezuela. Working with the International Rescue Committee and the New York Immigration Coalition to find and recruit talented home cooks, each chef is trained up to create their own original recipes and dishes.

Pentagram partner Natasha Jen and her team worked with the founders to develop a new visual identity, brand strategy and positioning for Eat Offbeat, which would reflect both its social mission and the bold flavours of its many cuisines. 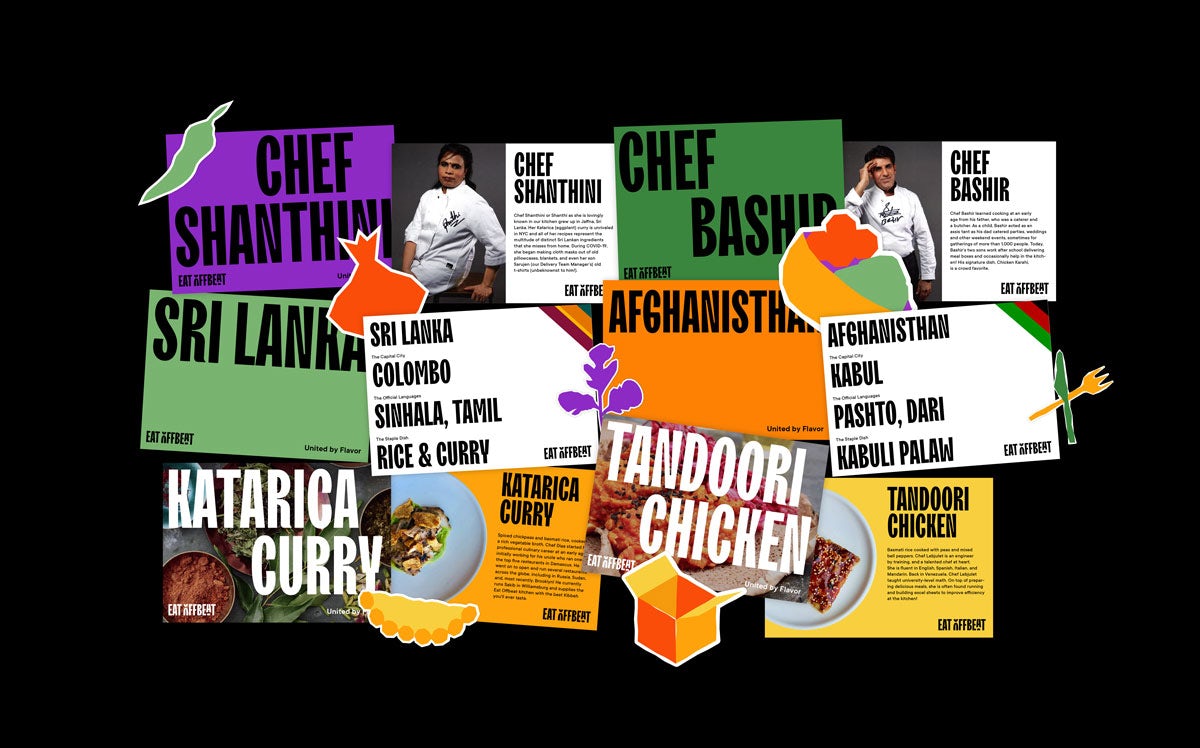 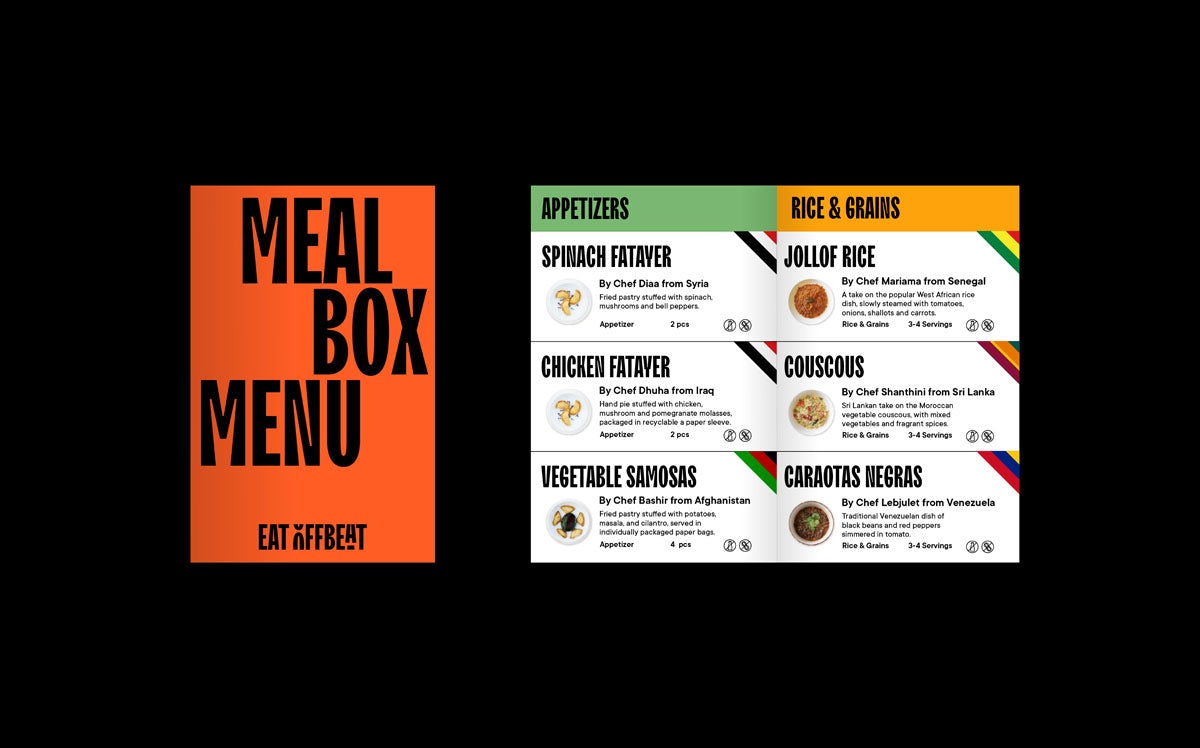 The team was keen to broaden its customer base from large-scale catering to everyday consumers as it branched out further into meal kits, without losing the humanitarian aspect of its business model.

The new brand strategy highlights Eat Offbeat as a unique and adventurous choice that expands palates with new tastes, positioning the company’s offering as ‘global home-cooking’.

Meanwhile, the visual identity aims to capture the idea of migration, with type that shifts and moves before settling into staggered formations that are visually ‘off the beat’. The wordmark is set in TT Trailers Bold, designed by Type Type, and a secondary typeface is set in the minimal sans TT Commons (also created by Type Type).

A vibrant colour palette draws on the variety of cultures and dishes on offer, with a colour system that simplifies flags into three bands of colour to indicate the country of origin for individual meals.

The packaging for the meal boxes is designed to be functional and utilitarian but can be customised with a series of illustrated stickers, giving the containers the look of parcels that have travelled around the world collecting stamps and labels. 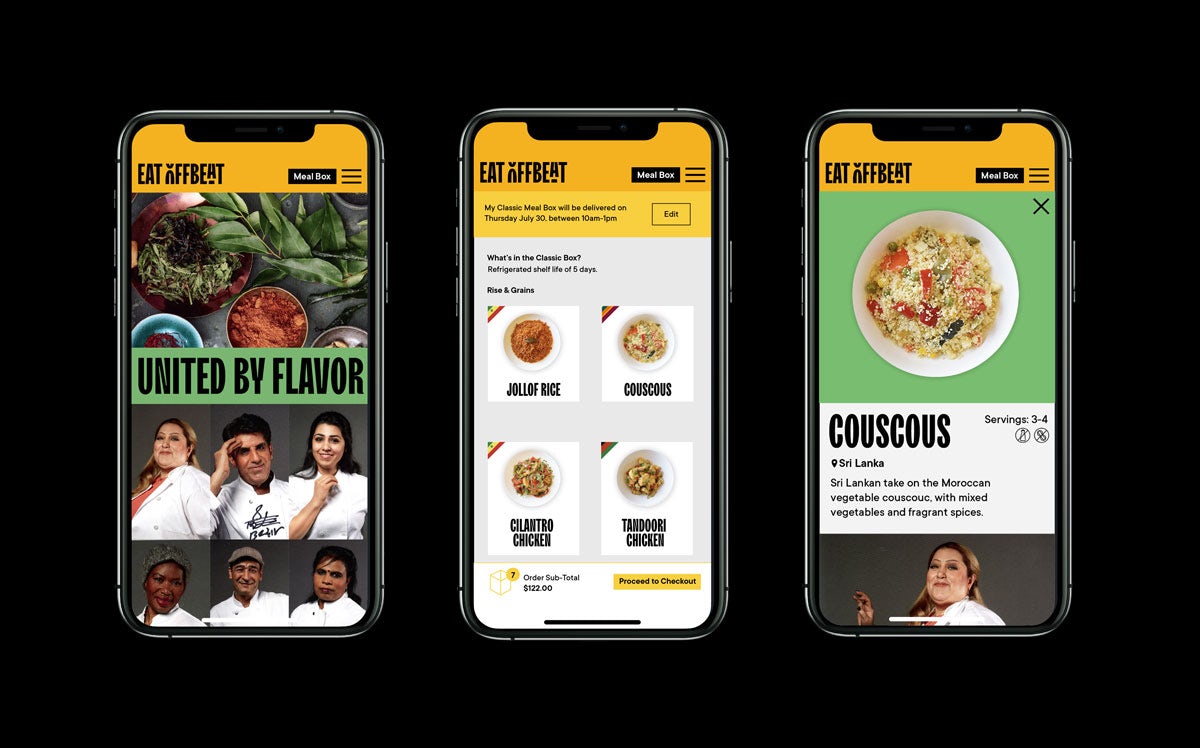 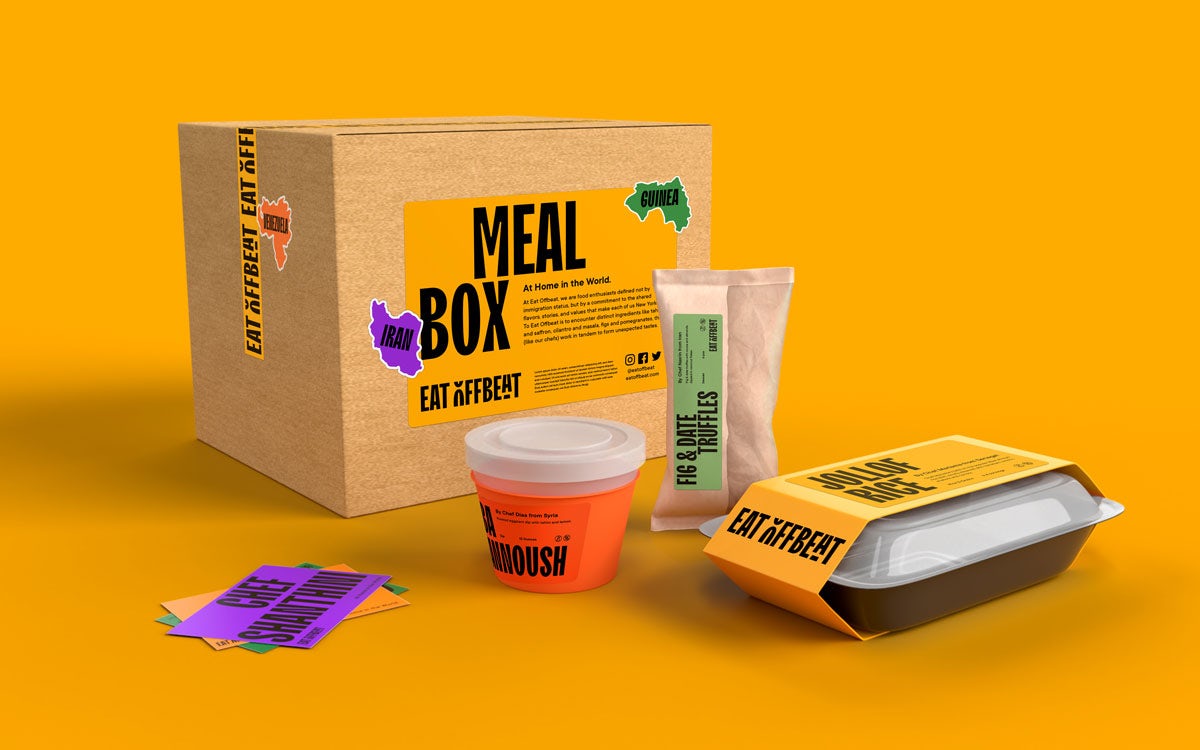 Pentagram also designed materials for catering such as menus and pop-up tent cards that identify the food being served. All of the dishes include a description and a photo of the chef who prepared them, in keeping with the company’s mission to ensure that they are part of the customer experience.

This idea extends through the Eat Offbeat website and social media, which put the chefs and their dishes front and centre to introduce customers to this culinary collective and the delicious meals they create. 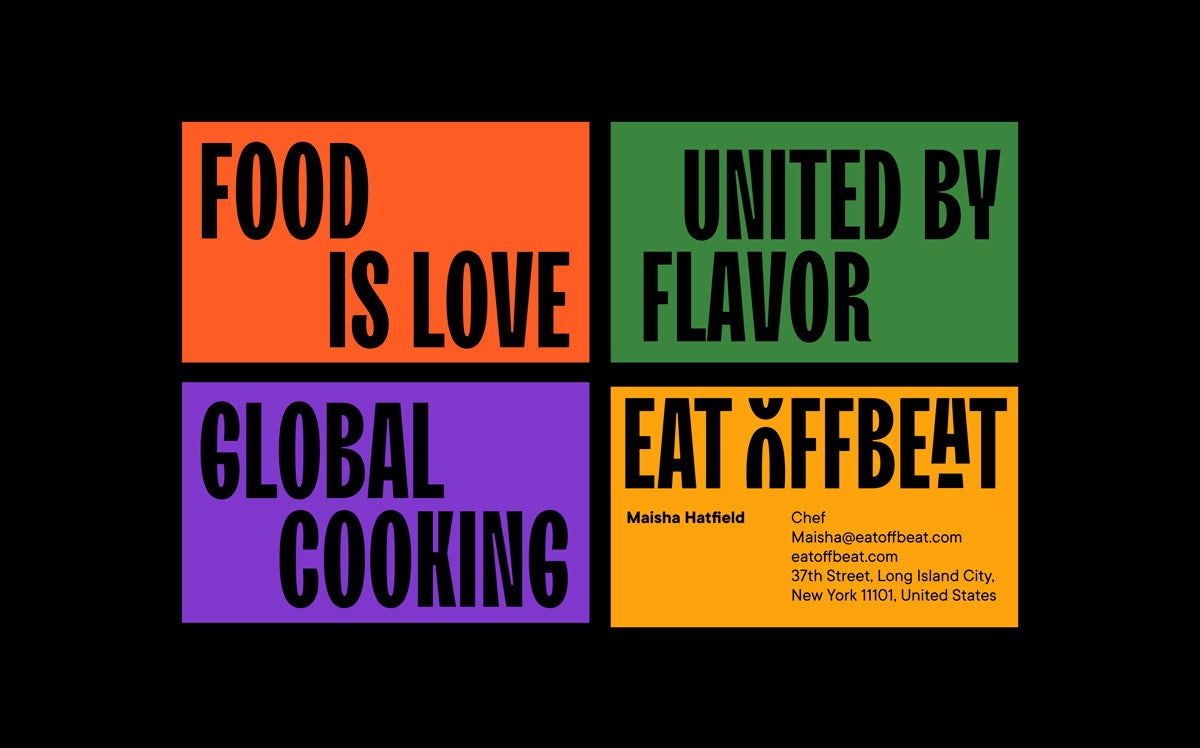