Eddie Apollo’s striking animation for Collette Cooper’s Lost Soul music video has such a confident style you would never guess that it’s only Apollo’s second animated work since teaching himself the craft in December last year.

The video is directed by actor and director Sadie Frost, who discovered Apollo’s work after he directed his first animated promo for the track Camel Blue by Outer Stella Overdrive (which features Frost’s son Raff Law as lead vocalist and guitarist). The Camel Blue promo features a Pop Art vibe and stylised imagery of iconic London symbols like the Underground roundel and a red double decker bus, alongside animated versions of the band members and the iconic Camel cigarettes logo.

Although animation has bought him attention, Apollo cites illustration as his main profession, and he became interested in drawing from a young age when he created his own comics, characters and album covers. It took a leap of faith and learning to animate on the job while directing the Outer Stella Overdrive video, but Apollo successfully created a trippy stoner vibe that fits well with the band’s edgy urban sound.

For Lost Soul, Apollo created an apocalyptic lockdown cityscape with burnt out cars, burning fires and sinister characters. As the video progresses, it becomes less dystopian and more dreamlike and pictures Cooper as an illuminated deity, whom Frost, who casts herself in a cameo role as a naughty angel, flies down from heaven to kiss.

“At the end of the video when she’s coming out of the apocalyptic world, she moves into the age of Aquarius, a world of positivity and enlightenment,” says Frost of the video’s plot. “I wrote myself a little cameo where I come down from heaven as an angel. Collette’s finale is her character transforming into a cat. We all have these different journeys and we’re all transcending. We’ve all been living in times of despair and darkness – what I wanted to convey is that we all have hope.”

“It was great working with Sadie on this video,” says Apollo. “She had loads of great ideas for the storyline, which made it exciting to try and come up with visuals that would match her vision. We went back and forth on a couple of rough storyboards and designs that evolved a lot from the first to the final cut.” 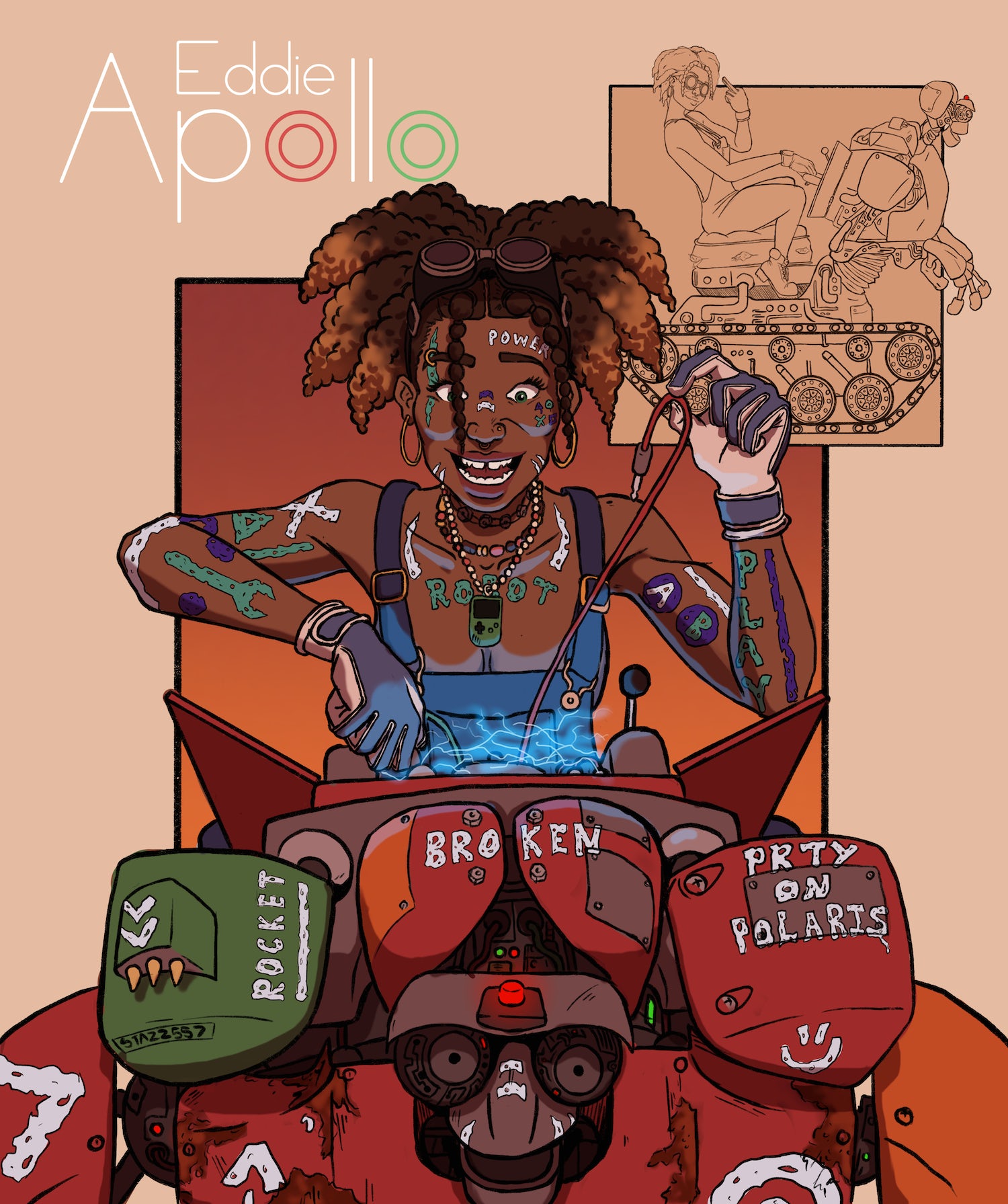 Apollo cites the legendary Manga artist Hayao Miyazaki, who founded Studio Ghibli, as an early influence on his work, and some of his surreal imagery in Camel Blue and Lost Soul could be traced back to Terry Gilliam’s iconic cut-out animation for Monty Python’s Flying Circus.

But perhaps a more obvious inspiration is Jamie Hewlett, whose unique cartoon-style Apollo discovered when he bought his first album, Demon Days by Gorillaz, in 2005. “The idea of a legitimate cartoon band blew my mind, and definitely influenced my interest in character creation,” he says. “I was also hugely influenced by anime, especially the works of Satoshi Kon, and Hayao Miyazaki, as well as classics such as Akira and Ghost in the Shell. My dream would be to be a storyteller like them one day.”

His latest collaboration with Frost is an animated clip for her new Yin & Tonic yoga venture, which features versions of Frost and her business partner Frances Ruffelle doing Sufi rolls, accompanied by a seven-minute meditative yoga track titled Sunset.

“Sadie wanted an animated loop of a yoga movement called Sufi rolls, which is a slow body roll, against a backdrop of a surreal sunset slowly changing colours,” says Apollo. “The feel she was going for was a very peaceful and psychedelic animation loop to match the song she gave me as a backing track.”

The pandemic and consequent lockdowns have failed to deter Eddie from creating, and alongside animating the music videos for Outer Stellar Overdrive and Collette Cooper, he also founded a creative collective – Prtyonpolaris – with a group of long-term friends. He even found time to delve into the brave new world of NFTs, creating an animated illustration of hip hop artists Tyler the Creator and A$AP Rocky, which was sold on the Foundation marketplace.

“The piece I made was an animated loop of an illustration I did,” he explains. “To do this I had to import all the layers into Blender (a free open source animation program) and puppet them around so I could make the characters in the drawing move as the camera moves through the image as if it’s a 3D scene.”

If he can achieve this much during a global pandemic, I can’t wait to see what he does after lockdown.