Discussions around collaboration are often abstract, despite it being generally acknowledged that good collaboration can promote strong creativity and innovative thinking. Dropbox, with its collaborative workplace Dropbox Paper is dedicated to making collaboration easier for creatives around the world. They partnered with us to conduct an original piece of research which explores the practicalities of collaboration on a design team.

“The notion of the lone designer is an old one,” says Joe McCullagh, Head of Design, Manchester School of Art, Manchester Metropolitan University. He is not alone in his thinking.

For this report, which you can download below, CR surveyed over 200 employers about their attitudes to collaboration in design, and over 96% of respondents stated that it was “very” or “fairly” important that design graduates could demonstrate collaboration skills. 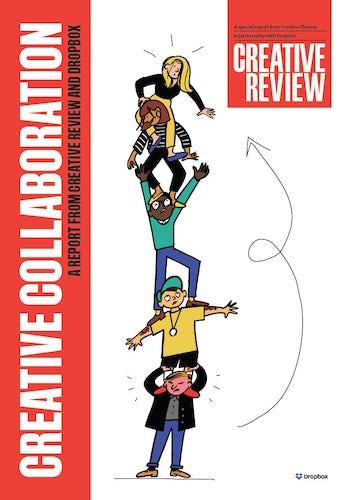 Matthew Beardsell, Operations Director at Music cites the ability to work collaboratively as one of the top skills sought by the creative agency, and it is a need widely acknowledged by tutors.

Dr Cathy Gale, Senior Lecturer and Level 5 Year Leader, BA (Hons) Graphic Design at Kingston University says collaboration is embedded into the course from the first year, while Tash Willcocks, Head of School at digital creative business school, Hyper Island says it is one of the company’s core methodologies.

While most graduates learn to welcome working in teams, this appreciation can take time. At the University of Suffolk’s School of Art, Design and Humanities, Nigel Ball, Senior Lecturer, Course Leader: BA (Hons) Graphic Design agrees that students are generally reluctant to work together on projects at first. But as he points out, “how you communicate the rationale for collaborative working is paramount to getting the students onside, and ultimately, to the project’s success.” 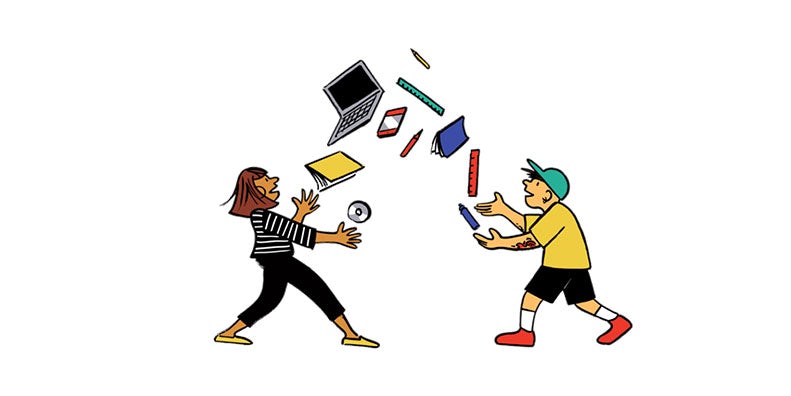 He cites clear structures in terms of the way in which collaborative groups are organised and how the work is expected to progress, explicit explanation over what is expected from each student and the group in general in a collaborative scenario and continued support from staff as key enablers. Equipping graduates with the skills for collaboration is a challenge acknowledged by employers. Beardsell says he understands the difficulty for universities and colleges to teach collaboration, particularly when countered by the intense competition for jobs, but he points out that, in the workplace, such learning takes place organically between team members.

Stuart Radford, Executive Creative Director, at Superunion adds that it is something that comes with practice “and something many designers work actively at their whole careers”.

At Kingston University, Gale says a common complaint when students are learning to work together arises from the perceived unequal distribution of work. But the University has found a solution, aided by the Design Council’s Double Diamond model, by asking that every student designs a process book for each project.

Developed by the Design Council in 2005, the Double Diamond breaks the design process down into four phases: Discover; Define; Develop; Deliver. “Using the developmental stages of the Double Diamond, this research book illustrates the breadth and depth of a student’s contribution to a project,” Gale says. The Double Diamond plays an important role on many courses. At Hyper Island, several of the designers from the Double Diamond design committee are involved in the course, while McCullagh states that the model has been “transformational” for many students at Manchester School of Art: “They can see how working collaboratively and using design as a verb rather than a noun, by engaging with different bodies and groups of people, helps them to position their work in new ways and, in doing so, questions what they do.”

Collaboration should result in constant reflection. It’s an opportunity to interrogate each other’s ideas while allowing your own point of view to be questioned.

At the heart of successful and productive collaboration are a myriad of soft skills, which Tom Harding, Head of Design at product innovation studio, Made by Many says are “as, if not more” important than many hard skills. Tutors place huge value on these, with self-development, empathy, respect and flexibility being actively taught. Willcocks says Hyper Island’s Digital Management course is as much about students managing themselves as managing digital, while McCullagh says that developing the students as people is central to the teaching at Manchester School of Art. The importance of empathy is also stressed by Willcocks, “for each other and for customers, for humans.”

She adds, “We may work in digital but there is always a human involved.” It echoes the importance Beardsell places on “emotional and social intelligence” as being key to working within a successful team. Being respectful is underlined by McCullagh as one of the most important skills for students to learn. It is something which Beardsell agrees is integral to working collaboratively: “Collaboration should result in constant reflection. It’s an opportunity to interrogate each other’s ideas while allowing your own point of view to be questioned. This fosters mutual respect, which is at the heart of any successful collaboration.”

Adaptability and flexibility are also hot topics. Pam Bowman, Subject Group Leader at Sheffield Institute of Arts, says group working is frequent, believing this equips students to respond positively to the fast pace of change within the visual communication field. Ball adds that the fact that there are more design graduates than jobs means teaching students how to be agile will help them to find employment.

Tutors also cite the value of teaching transferable skills, with McCullagh stressing the need to, not justdesign something that works creatively, but to fully articulate and cost that work, and understand how it will function.

Ball believes that transferable skills are vital, but says one area some students lack is the ability to juggle workload pressures within the timescales demanded by the commercial world. Indeed, ‘time management’ was cited by nearly half of Dropbox’s survey respondents as a skill that was lacking. This can only be learnt through experience, and as such the University of

Suffolk makes aspects of its Graphic Design course experiential, “giving graduates a chance to either avoid work placements, or cut down the amount they may need to do”. Online collaboration tools are widely used but McCullagh makes the point that, “talking and meeting together in person over a coffee is still a great tool”. Digital and face to face complement one another. Harding adds that Made by Many uses Dropbox Paper to document its process during projects, photographing and videoing each step.

It is about being bigger than the sum of your parts.

“It’s good for communicating progress, generating assets that show how our way of working is different, and acts as an aid to help us look back at research.” He makes the point that it not only benefits the agency, but it’s beneficial to its clients too.

There may never be universal agreement on the most effective ways to collaborate, but it is high up the agenda, and its importance in design is not in doubt. As Willcocks says, “It is about being bigger than the sum of your parts.”

Dropbox Paper is a collaborative workspace that eliminates distractions that get in the way of creativity. Because you can work with all types of content – from video, to sound to code – in Paper, you and your collaborators can easily edit and discuss all aspects of your project in one centralised place.