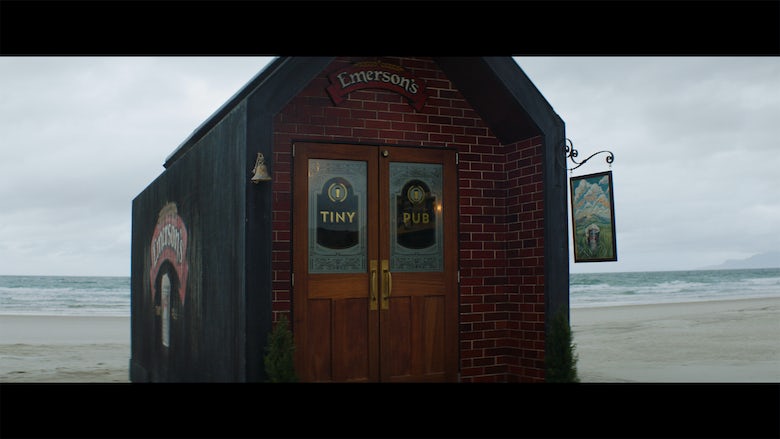 Emerson’s is a regional craft brewery, based in the far south of New Zealand. It wanted to grow its footprint throughout the rest of the country while staying true to its core beliefs of patience, craft, and appreciation for beer. So the brewery created the Tiny Pub – an experience designed to accommodate just two people at a time (plus bartender) with everything you need to enjoy the perfect beer, and nothing more.

The pub went on a national tour, where people could book in pairs for a taste of everything Emerson’s holds dear. Each session lasted 27 minutes — determined as the perfect amount of time to enjoy a pint.

The pub was filled with tiny ‘Easter eggs’ that could be discovered by visitors, including a tiny piano, tiny dartboard, and even the Tiny Pub Gazette. The tiny noticeboard was filled with in-jokes for Tiny Taxis, Missing Chihuahuas and Short Film Festivals.

At launch the pub was featured on national television, and the entire tour subsequently booked out. As a result of the tour, Emerson’s reversed a 12% decline in supermarket sales into a 14% increase.