The branding studio says it hopes the updated identity will open up the sport to a wider set of people, particularly ahead of Six Nations and the Rugby World Cup in 2019. It makes the most of England Rugby’s vast collection of content, with Onwards designing a ‘timeline’ graphic device that can be used to frame photography as well as moving image, and work across environments such as TV and social media.

“A brand like England Rugby has so much great content, from the elite teams down to grassroots and volunteers,” Onwards co-founder Graeme Cook told CR. “Our idea was around the ‘game of our lives’, and pushing all this content to the front – almost making them feel like a content brand in the same way as a TV channel.”

The studio introduced elements that hint at the sport itself, evoking the “real rugby spirit” with textures such as the grassy touch line, the pimple prints on rugby balls and dirty jerseys.

“We wanted to acknowledge the qualities of the game, but we didn’t want it to be a rough and ready brand,” says Cook. “It governs the body of rugby in this country, so it needs to feel, at times, premium and serious. It wasn’t about muddy stains everywhere, but we’re really pleased with bringing in some of the image subtly.” 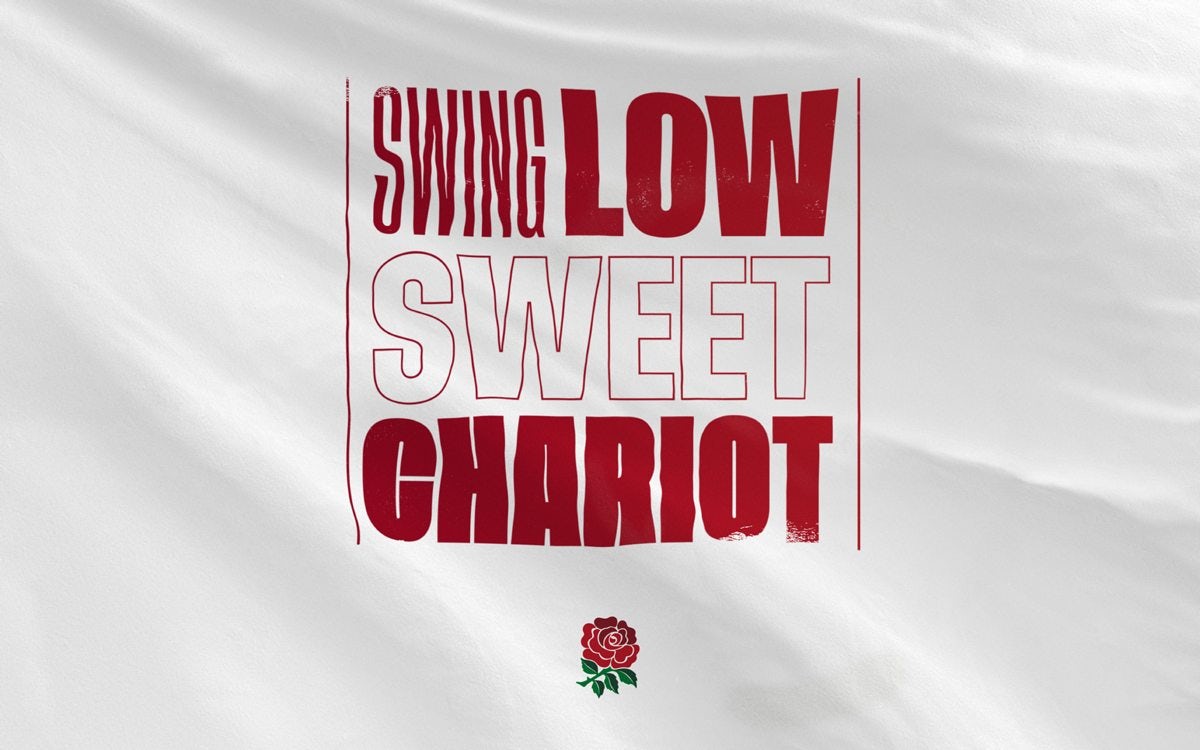 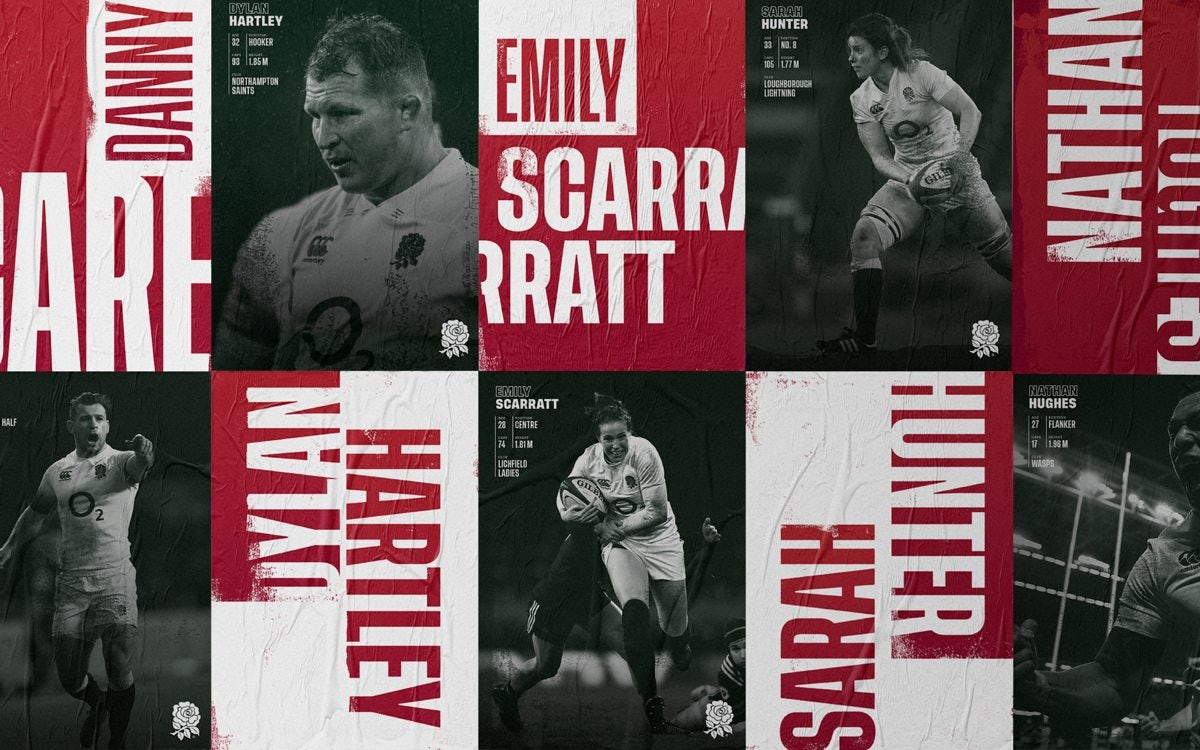 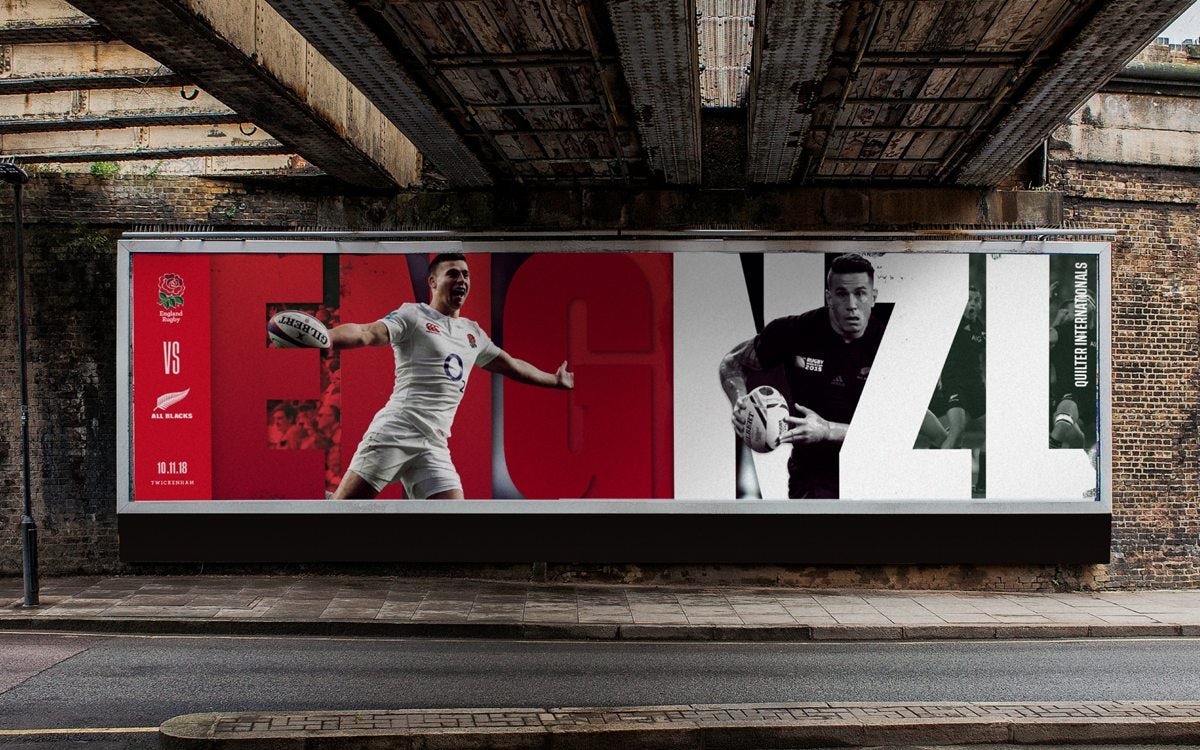 The rose emblem remains in place, but Onwards has ditched the handwritten typeface the organisation had been using previously and replaced it with Tusker Grotesk – a headline sans serif that comes in a range of weights.

According to Cook, the previous typeface had lacked flexibility and practicality, so choosing a typeface that could be adapted across environments was essential. He says it also allows England Rugby to make the most of “big, ballsy typography” in places where they need it most – for example billboard ads, and the Players Tunnel at Twickenham.