Epica has been running for over three decades – this year’s judging took place in Amsterdam, with journalists from global marketing, advertising and creative titles including CR selecting six Grand Prix winners from over 4,000 entries.

There were some strong contenders for the film Grand Prix this year – including Dougal Wilson’s charming spot announcing the John Lewis and Waitrose rebrand – but the Grand Prix went to Shiseido’s beautifully crafted Hallowe’en spot, The Party Bus.

Directed by Show Yanagisawa, the film blends live action and stop motion animation. Like the brand’s previous Epica Grand Prix winner High School Girl (also directed by Yanagisawa), it’s a compelling spot with an unexpected twist – and is a breath of fresh air in a sector that is all too prone to cliche, transporting viewers into a neon-lit love story.

Responsibility: McCann New York / March For Our Lives – Price On Our Lives

The responsibility Grand Prix is a new prize at Epica, introduced to recognise cause-related projects. The inaugural award went to McCann New York’s hard-hitting campaign for March For Our Lives, which shone a light on the practice of politicians accepting donations from the National Rifle Association.

Created ahead of a demonstration calling for tighter gun controls following the Parkland school shooting in Florida, the initiative saw McCann and March For Our Lives divide the amount of money allegedly received by Florida’s Senator Marco Rubio in donations from the NRA by the number of students in Florida and create price tags representing the “worth” of each student’s life (just $1.05). The tags were made available online for students to download and wear at the march, putting pressure on Rubio and other politicians with links to gun lobbyists.

The project was praised for drawing attention to an important and contentious issue and for providing US students with an online fundraising tool (visitors to the March For Our Lives site could choose to ‘buy’ students back by donating to the organisation). It delivered a powerful message and achieved enormous reach, generating press and TV coverage as well as donations.

The Design Grand Prix went to 72andSunny’s brand identity for the Mayor’s Fund for Los Angeles. Asked to create an identity to position LA as the world’s creative capital, the agency created a dynamic logo made up of the letters L and A, which can be stretched to accommodate a wide range of imagery. 72andSunny describe the symbol as a canvas for creativity – one that “comes to life when filled with the people, places and things that define LA today”.

Creating a symbol to reflect the diversity of LA’s creative scene is a challenging brief – but 72andSunny devised a smart, bold and flexible solution that works equally well alongside images of cultural institutions as it does showcasing graphic art or products from independent retailers.

Stabilo’s print ads shining a light on forgotten women from history also picked up a gold award at Cannes Lions this year – tapping into a rising demand for stories about inspirational females (something we covered in depth earlier this year).

Created by DDB Germany, the ads were awarded for their timeliness as well as their aesthetic appeal – combining strong writing and art direction with a simple but powerful idea. A clever way to showcase a mundane (albeit useful) product. 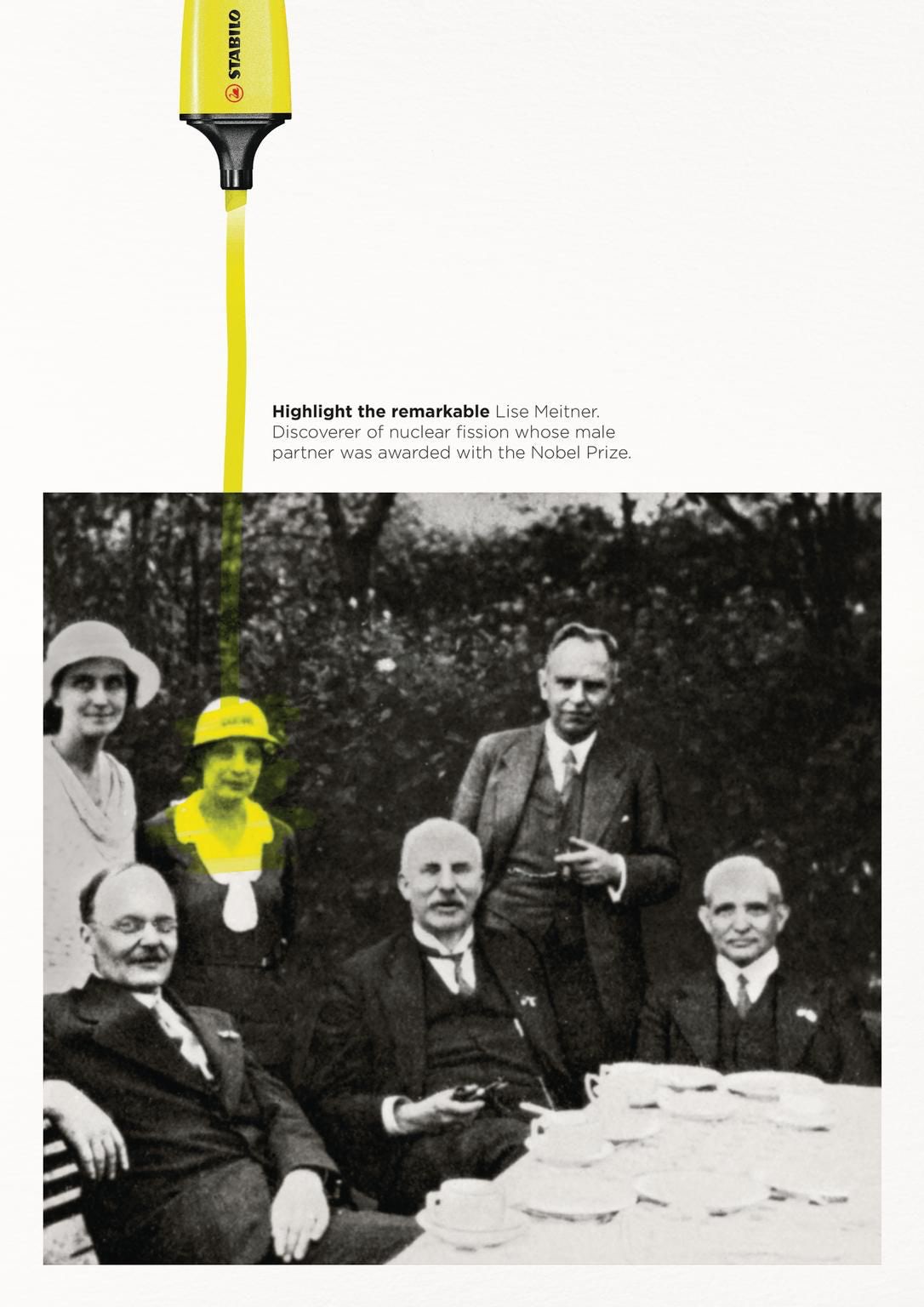 Irish agency Rothco’s painstaking recreation of the speech John F Kennedy was due to give on the day of his assassination picked up the top digital award. Working with technology company CereProc, Rothco used data from over 800,000 speeches made by JFK and some clever sound engineering to deliver the speech in the late president’s voice – an innovative use of AI and big data which was accompanied by interviews with witnesses who were in Dallas on the day JFK died. The project was created for The Times and published in full on the paper’s website.

Alternative: Diesel – Go With The Fake

The alternative category was added this year to celebrate work which encompasses a range of media, from digital to physical activations and film. The winner – created by Publicis Italy – is a brilliant campaign for Diesel which played counterfeiters at their own game.

The brand set up a stall in New York’s Chinatown selling goods bearing the name ‘Deisel’ – leading unsuspecting customers to think they were fake. Goods were sold at knock-down prices before Diesel revealed they were genuine, limited edition pieces – a stunt captured in an online film which has since been viewed over 280,000 times.

The secret was revealed during New York Fashion Week, prompting long queues outside the Chinatown pop-up and features in Vogue and the New York Times. Created as part of Diesel’s Go With The Flaw campaign, it was an unusual tactic – celebrating the kind of counterfeit goods that have traditionally been seen as a threat to fashion brands’ profits and exclusive image – and helped cement Diesel’s position as one of the industry’s most playful brands.

You can browse the full list of winners in each category at epica-awards.com