The title’s MC Escher influences are obvious, thanks to its apparently impossible architecture and neverending buildings. Players are left to explore the environment, collecting cube-shaped ‘fruit’ and using it as switches to unlock new paths and rooms.

The focus is on appreciating the architecture that fills the world, and often defies explanation – for example Tardis-like towers that are bigger on the inside than the out. There’s little element of risk either. If a player slips off a ledge or a bridge, they simply fall through space until they land in the same spot again. Line-drawn graphics are reminiscent of living blueprints, and help to emphasise the architectural shapes.

Manifold Garden is designed by artist, and former circus performer, William Chyr, who began work on the title in 2012.

Across the course of its development he’s shared regular updates on the game, showing how it’s progressed from an awkward early prototype to the “mindbending and visually compelling” experience it is now. 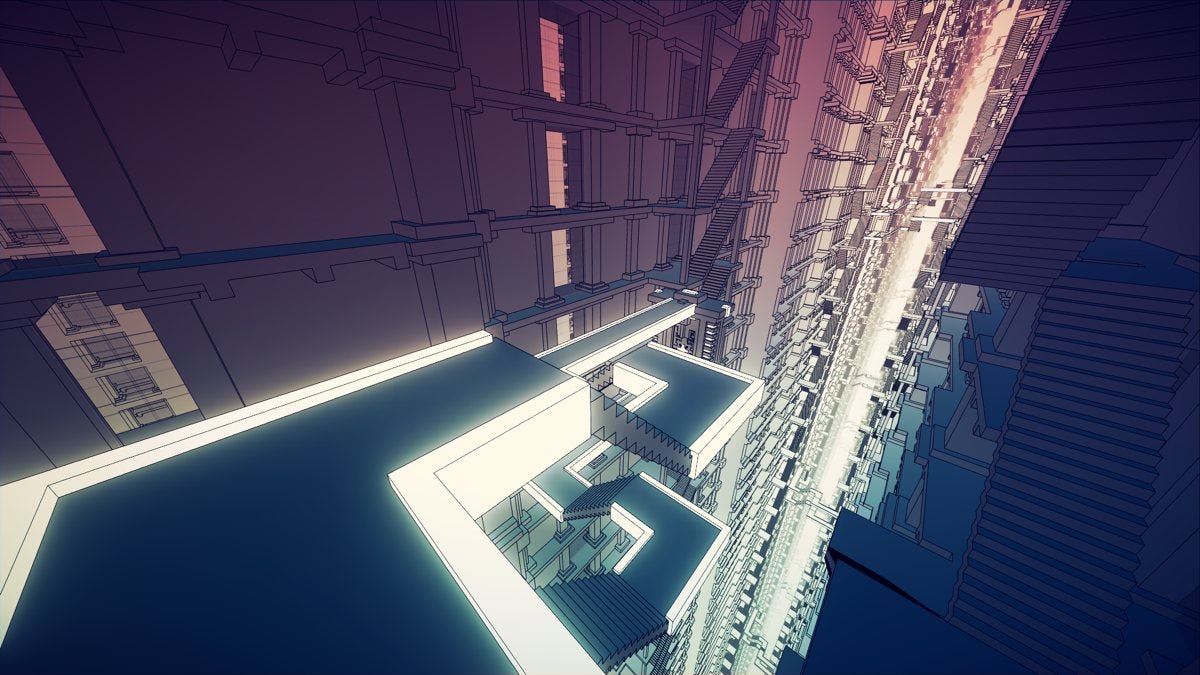 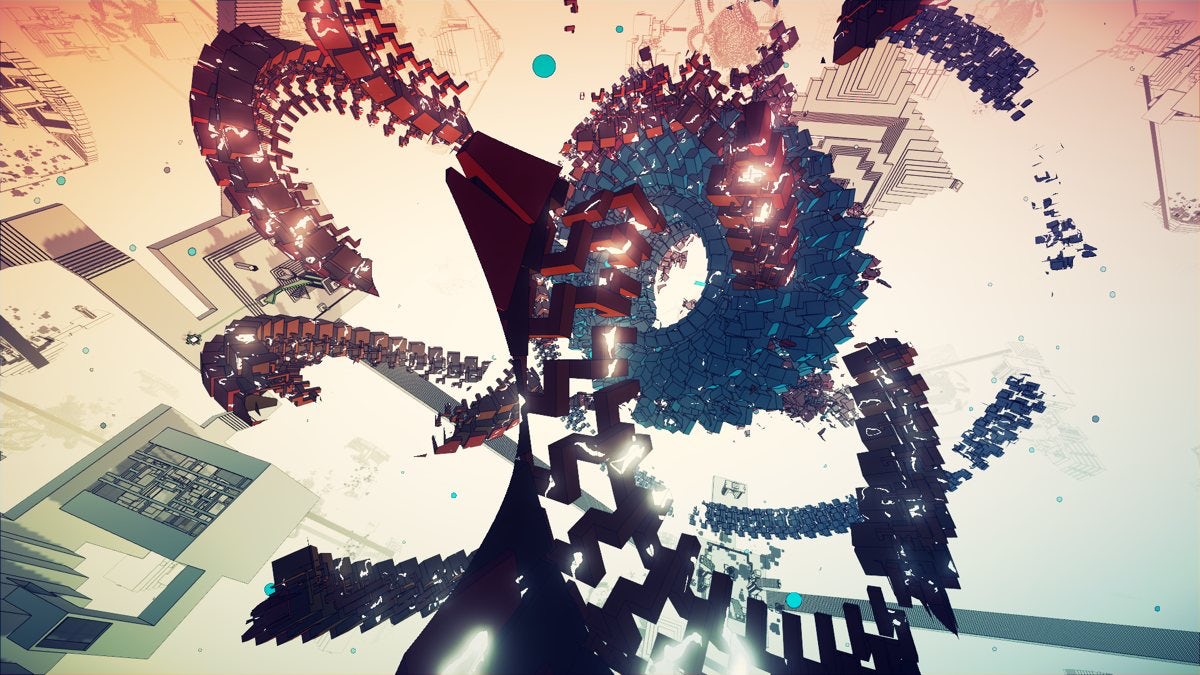 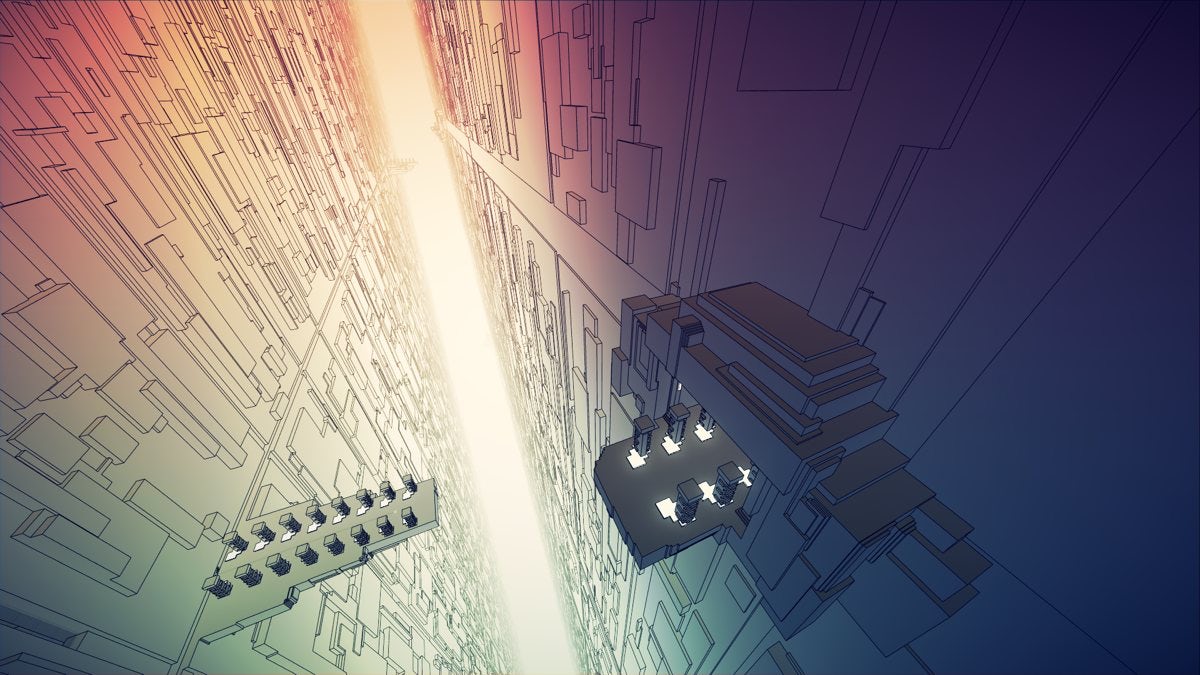 The game will debut on Apple Arcade – announced this month and neatly pipping Google to the post on its own streaming service, Stadia – which will host a mix of indie games as well as titles by well-known developers. Manifold Garden joins a growing number of more meditative games, that focus on puzzle-solving and exploration, such as Sable, which invites players to explore a vast desert filled with mysterious buildings.

Manifold Garden is available via Apple Arcade, as well as the Epic Games Store; williamchyr.com