Hot on the heels of the 2 Tone exhibition, which opened recently at Coventry’s Herbert Art Gallery & Museum, another iconic UK record label, Factory Records, is getting the museum treatment.

Opening tomorrow at the Science and Industry Museum in Manchester is Use Hearing Protection: the Early Years of Factory Records, an exhibition that tracks the evolution of the label from an early idea by Granada TV journalist and music impresario Tony Wilson and 1970s actor Alan Erasmus into a chaotic but always wildly creative music powerhouse.

This is a story that has been told before, most recently in the excellent Transmissions podcast, narrated by Maxine Peake, which is focused on the story of Joy Division and New Order but illuminates the atmosphere and vibe of Factory Records in its early years along the way. But this exhibition offers a chance to view the artefacts from this time, and includes documentation of the label’s use of design, led by Peter Saville, that set it on a distinctive path right from the off.

The exhibition is curated in collaboration with the journalist, author and artist Jon Savage (whose early artworks for Factory are also featured in the show) and curator and archivist, Mat Bancroft. It includes a mix of familiar items, such as Saville’s iconic album covers, as well as more unusual items provided by the family of Wilson and also Rob Gretton, Joy Division and New Order’s manager, who helped set up Factory. There is also a section highlighting the label’s less-acknowledged female voices, including work by Linder.

A music and design exhibition at a science museum might seem somewhat odd, though the Manchester venue has a strong focus on the industrial history of the city, which is embedded in Factory Records too, providing inspiration for both the sound of many of the bands on the label, as well as its imagery and design.

With the museum aimed as much as children as adults, the show has an interactive element to it, with visitors allowed to use a mixing desk to create their own take on a Factory Records’ track and experiment with a synthesiser (note: audience members will need to bring their own headphones to play with this). And for hardcore Joy Division fans, there’s also the opportunity to see Ian Curtis’ iconic white guitar, featured in the video for Love Will Tear Us Apart.

The exhibition highlights the importance of design, art and creativity to the Factory Records story, playing as big a part perhaps as the music the label released. And the imagery created by Saville et al, and later Ben Kelly – who designed the striking look of the Haçienda club, which gets its own acknowledgement here, despite the focus on the label’s early years – truly stands the test of time, remaining as fresh and exciting today as it did when it was first created, over 40 years ago. 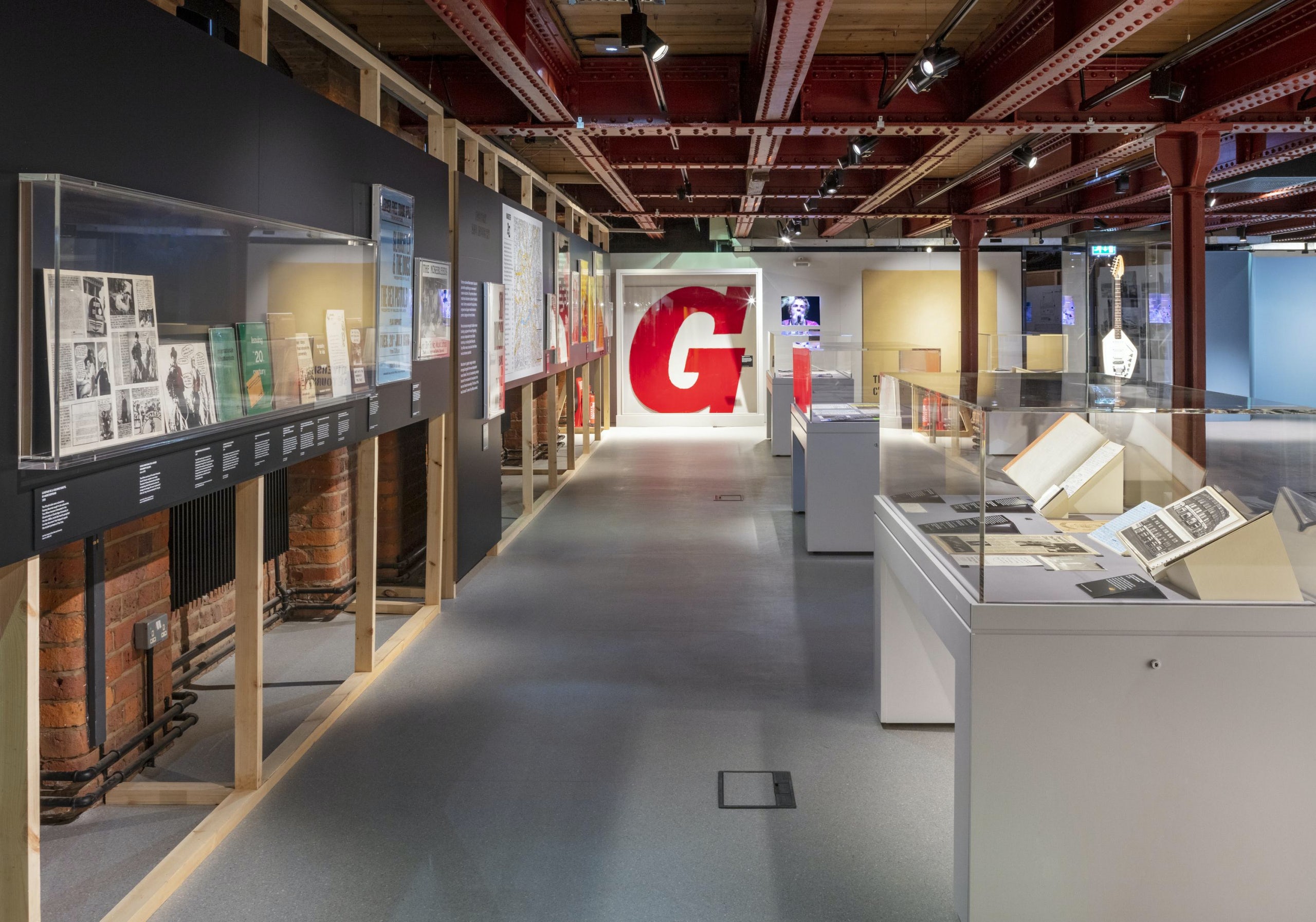 Use Hearing Protection: The Early Years of Factory Records is at the Science and Industry Museum in Manchester until January 3; scienceandindustrymuseum.org.uk