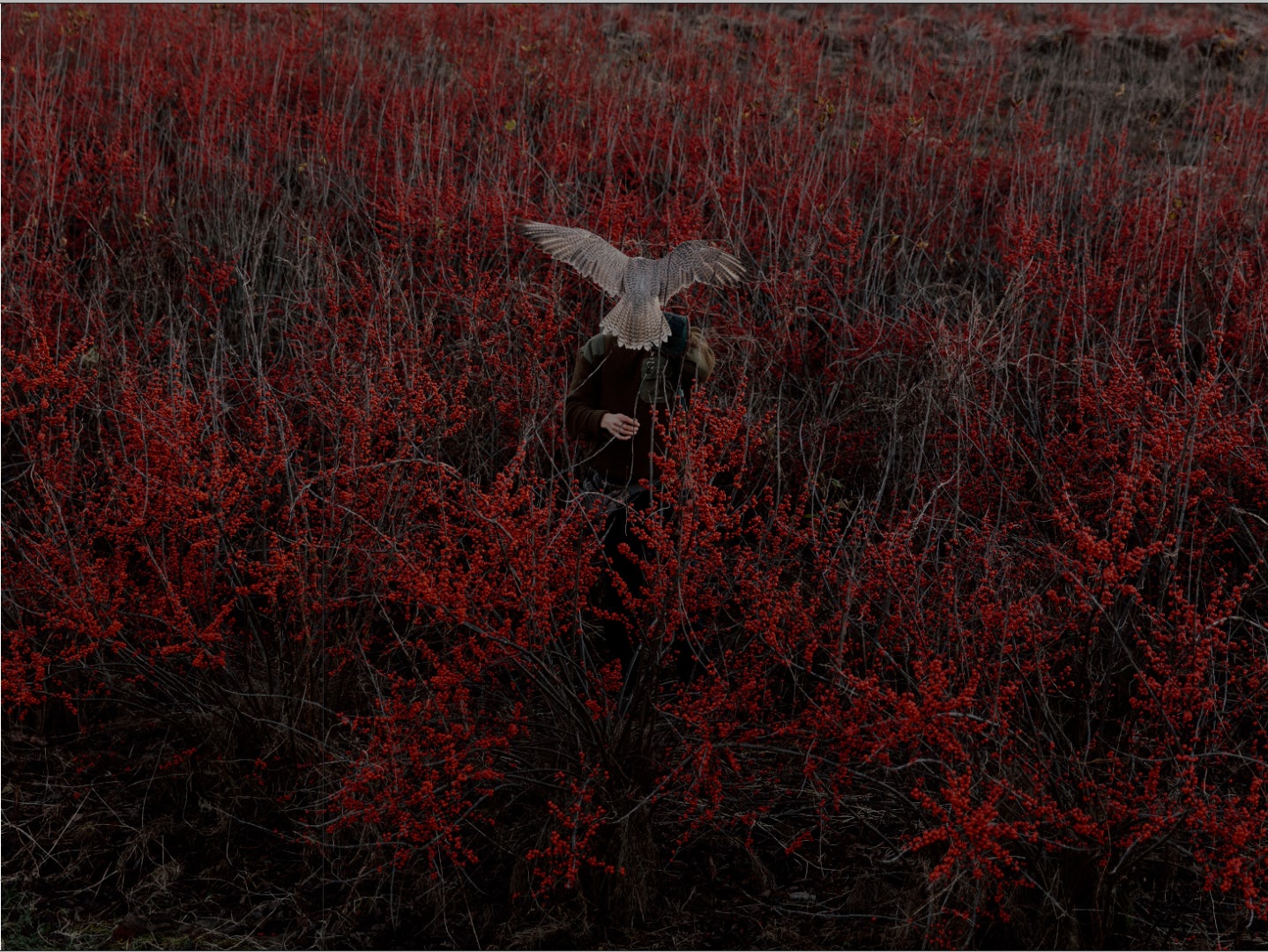 Known for his work for editorial outlets such as the New York Times and Wallpaper*, as well as advertising agencies and brands, Falcon Master is a personal project by Grant Harder, capturing a falcon master in his natural habitat, and is part of a body of work exploring the relationship between humans and nature. “This is an ongoing project documenting the work of Michael, a falconer,” says Harder, who is based in Vancouver.

“Michael works with raptors, specifically falcons and hawks, to protect certain crops from being eaten by other birds. The collaboration, which is full of respect and admiration, can be a beautiful dance ­between ­human and bird.”