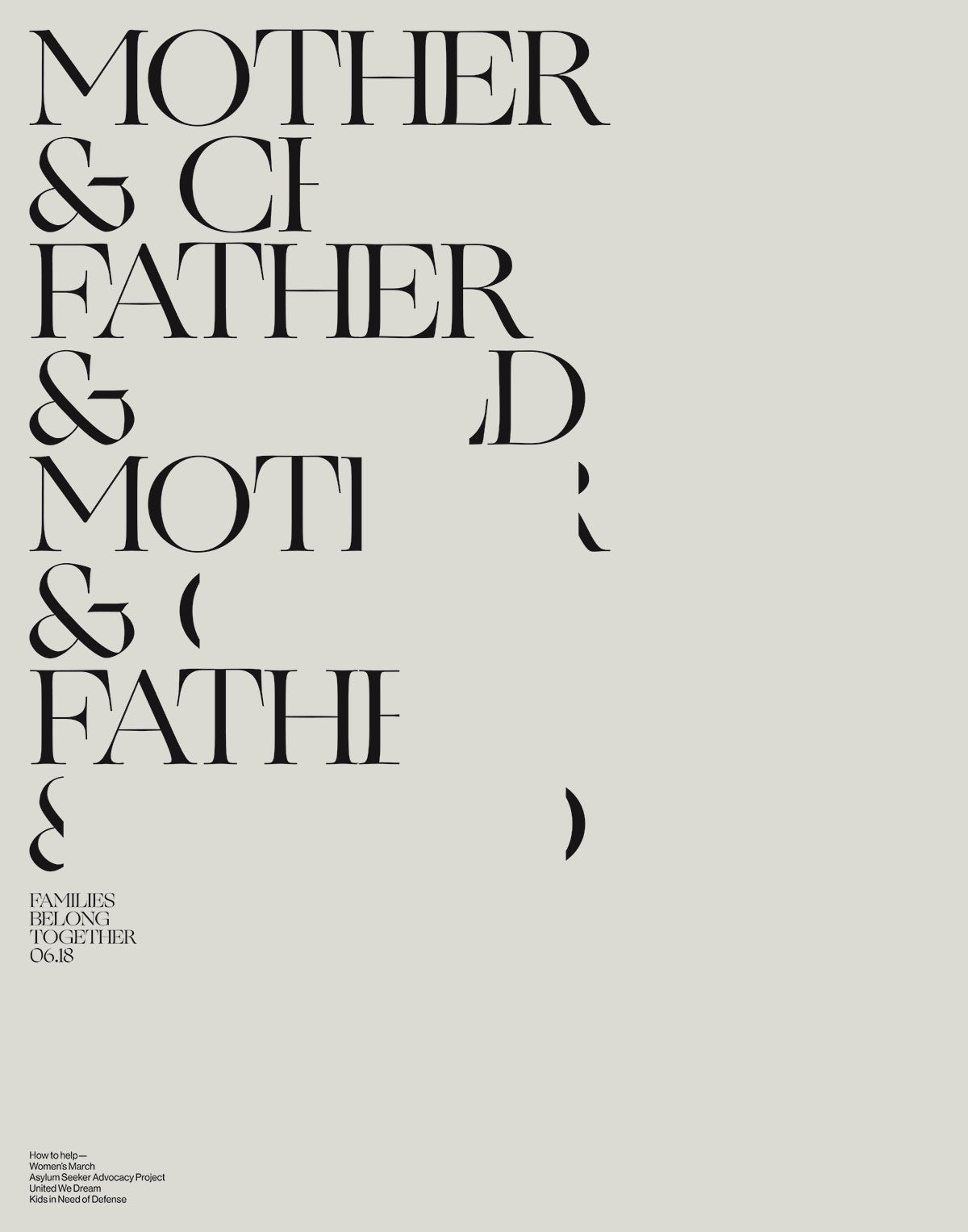 Spring 2018 marked a controversial period for Donald Trump’s presidency, as his administration enacted a policy allowing the government to separate thousands of migrant children from their parents at the US-Mexico border. The move met with huge public backlash and intense media scrutiny, as seen with Edel Rodriquez’s impactful illustrations of children behind bars for TIME magazine, and Noma Bar’s poster campaign for Amnesty International, for which the illustrator reimagined the stars and stripes of the US flag to make his point.

Toronto-based Underline Studio’s self-initiated poster aimed to increase public awareness about the policy and raise funds for organisations working to help the affected families, including the Women’s March and United We Dream. The end result is a simple but powerful typographic take on the pain of separating mothers and fathers from their children, and sits alongside the studio’s other humanitarian work, like its Lines Breaking Newspaper (also featured in this year’s Annual), which addresses the Central American migrant crisis more broadly