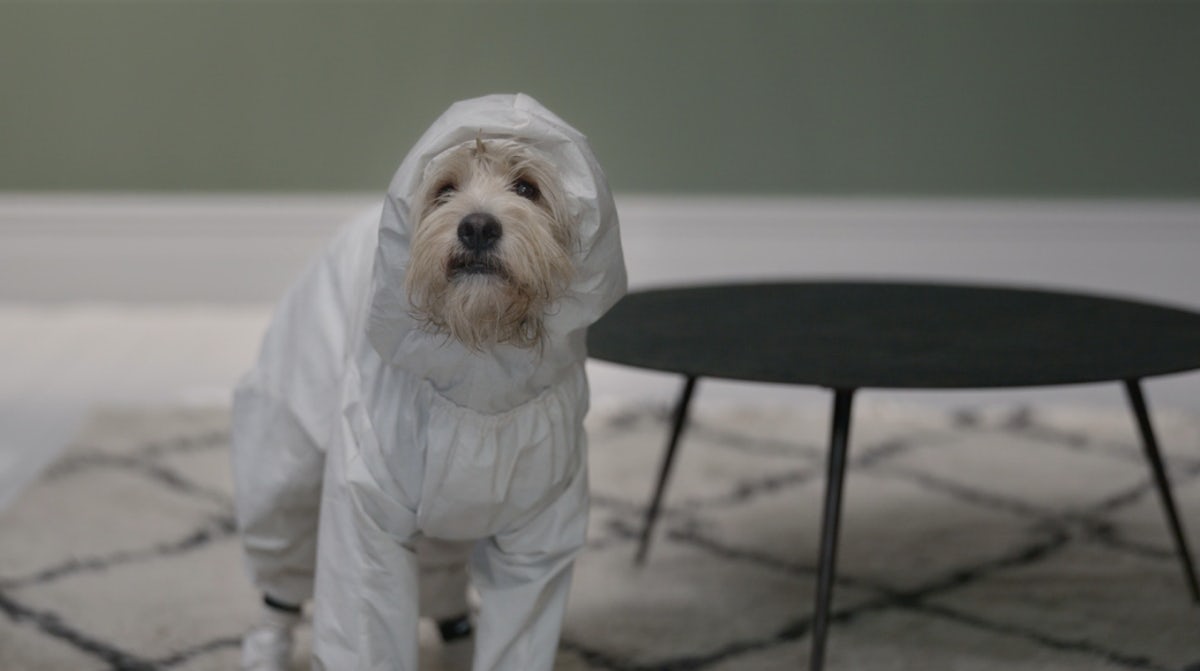 The ads show F&B paint lovers taking things to the extreme in order to protect their freshly decorated walls and woodwork from the threats of muddy dogs, messy children and careless wine drinkers.

Friends are forced to drink from sippy cups, while dogs are swathed in hazmat suits – all to emphasise that the brand’s Modern Emulsion is easily wiped clean.

They’re enjoyably silly, which perhaps isn’t what you’d expect from a brand like Farrow & Ball. There’s a sense of self awareness here – something so often lacking in advertising – which suggests that the paint company is well aware of its slightly stuffy, middle class reputation.

It’s well parodied by the characters featured in the ads who, in a nice touch, are dressed in clothes that match their chosen paint.

As well as the three Relax, It’s Modern Emulsion films, there’s a series of print ads, plus a social media campaign which sees walls covered in messy typography made using ketchup, mud or felt tip, which take on some of the criticisms levelled at the brand by customers on social.