As ever with these 20th anniversary releases, it’s slightly hard for us old folk to believe that it was really as long ago as 1998 when Fatboy Slim released You’ve Come A Long Way Baby, the album credited for putting the UK dance scene of the time on the global map.

The album won a Brit Award and spawned a bunch of hit singles, including The Rockafeller Skank, Gangster Tripping, Praise You, and Right Here, Right Now, as well as at least one iconic music video in the form of Spike Jonze’s promo for Praise You.

To celebrate its re-release, the obligatory limited edition box set has been created, this time in the form of a rather fine looking black-and-white pizza box. The idea for this was sparked by the album’s original cover, says creative Simon Dawson, who created the packaging alongside James Meadows and Neel Panchal. 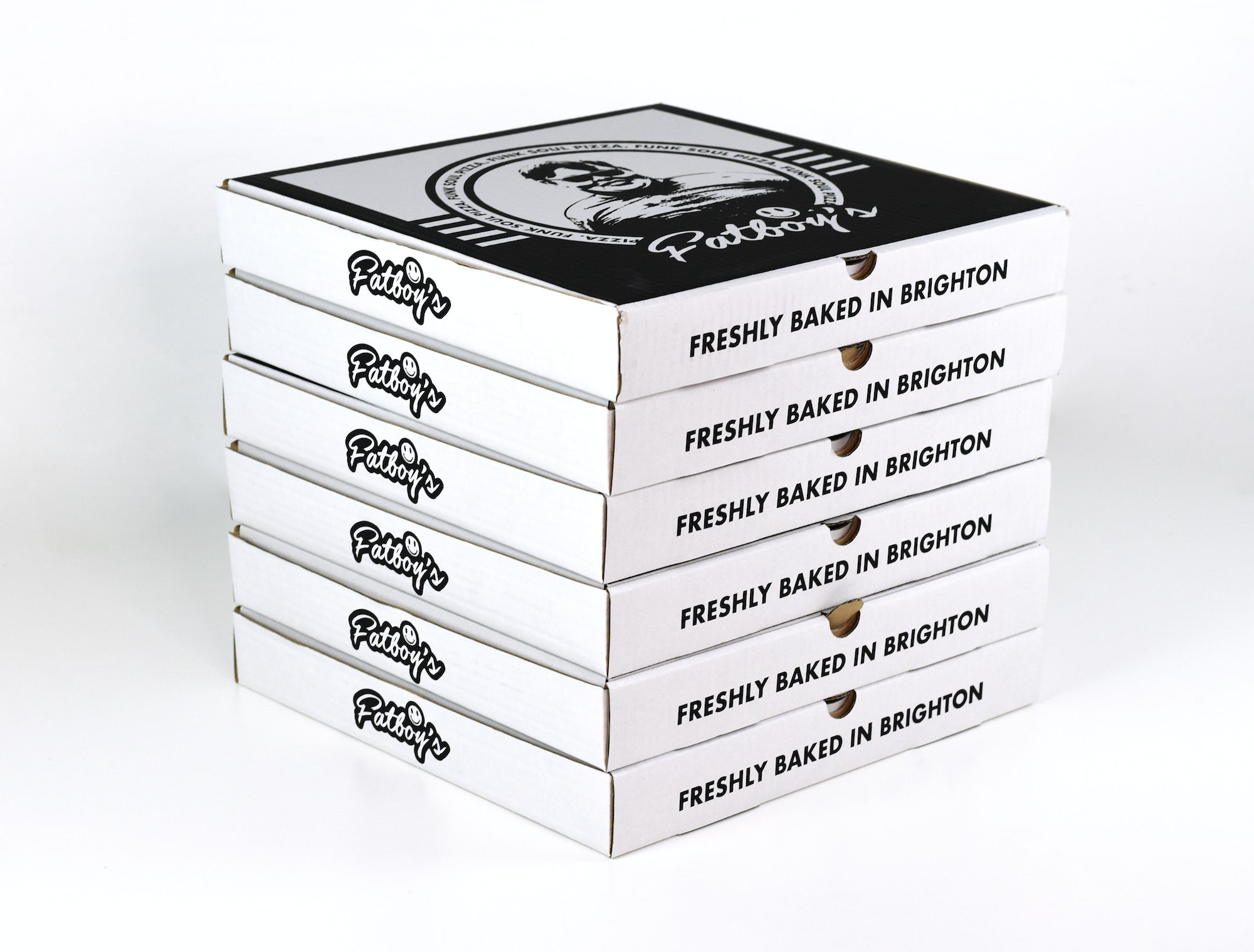 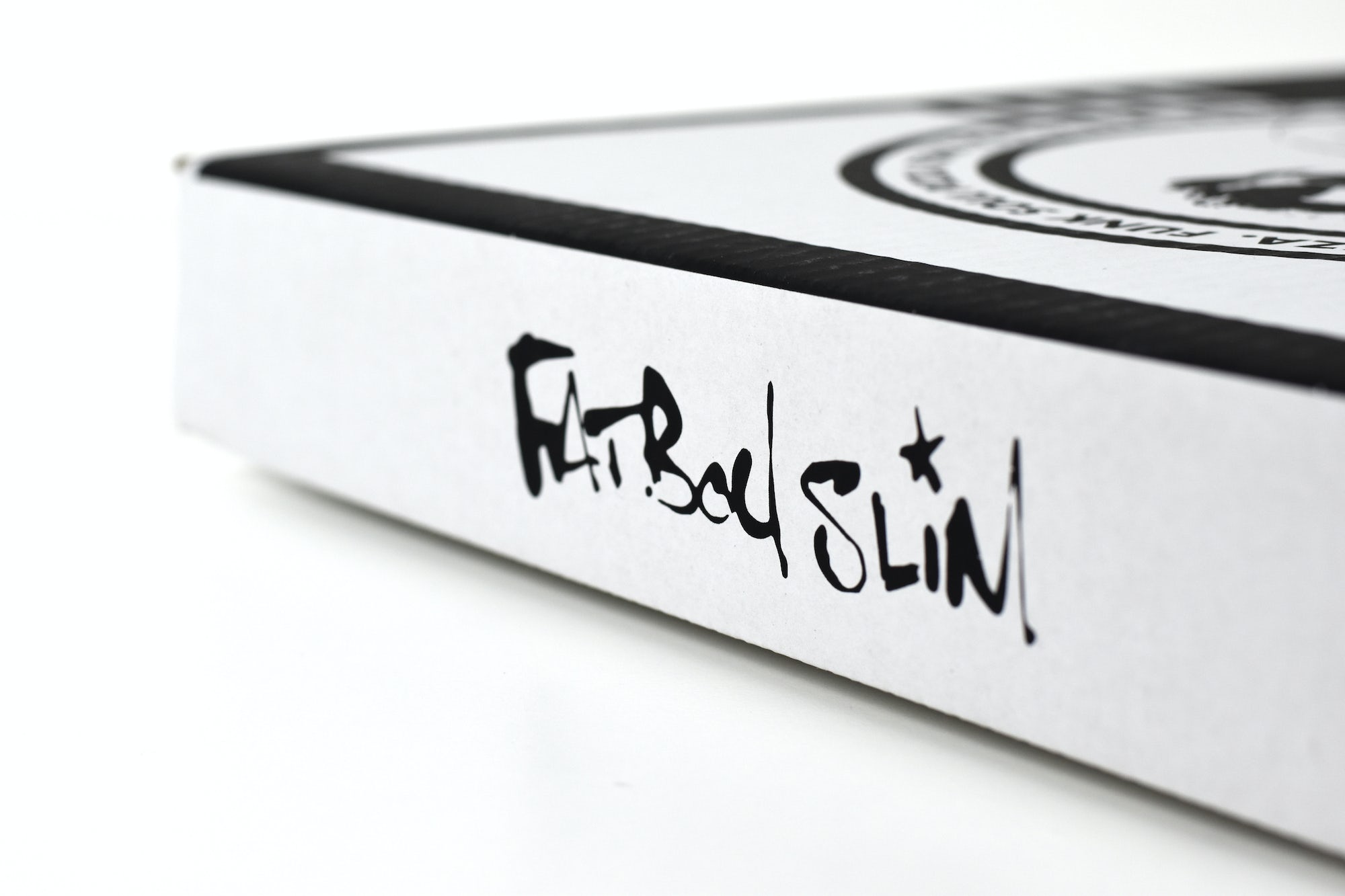 “The challenge was to come up with an idea and accompanying content that elevated the awareness of an anniversary reissue in a way which was true to what Fatboy Slim is about – FUN!,” says Dawson. “We’d been talking through ideas of what we could do with the iconic ‘fat boy’ from the cover of the ’98 original release and on the way back from a meeting it hit us, ‘wouldn’t it be funny to deliver the album to press in a pizza box’ … and it went from there.

“The concept was executed into a ‘Fatboy’s’ pizza chain brand, using the Fatboy Slim brand with all the usual creative elements of our favourite take away pizza places,” he continues. “From the bold but friendly type, stripes (Pizza Express), circular holding (Papa John’s) to the overall central layout, using the original ‘fat boy’ as the main image to give a hint to the release. 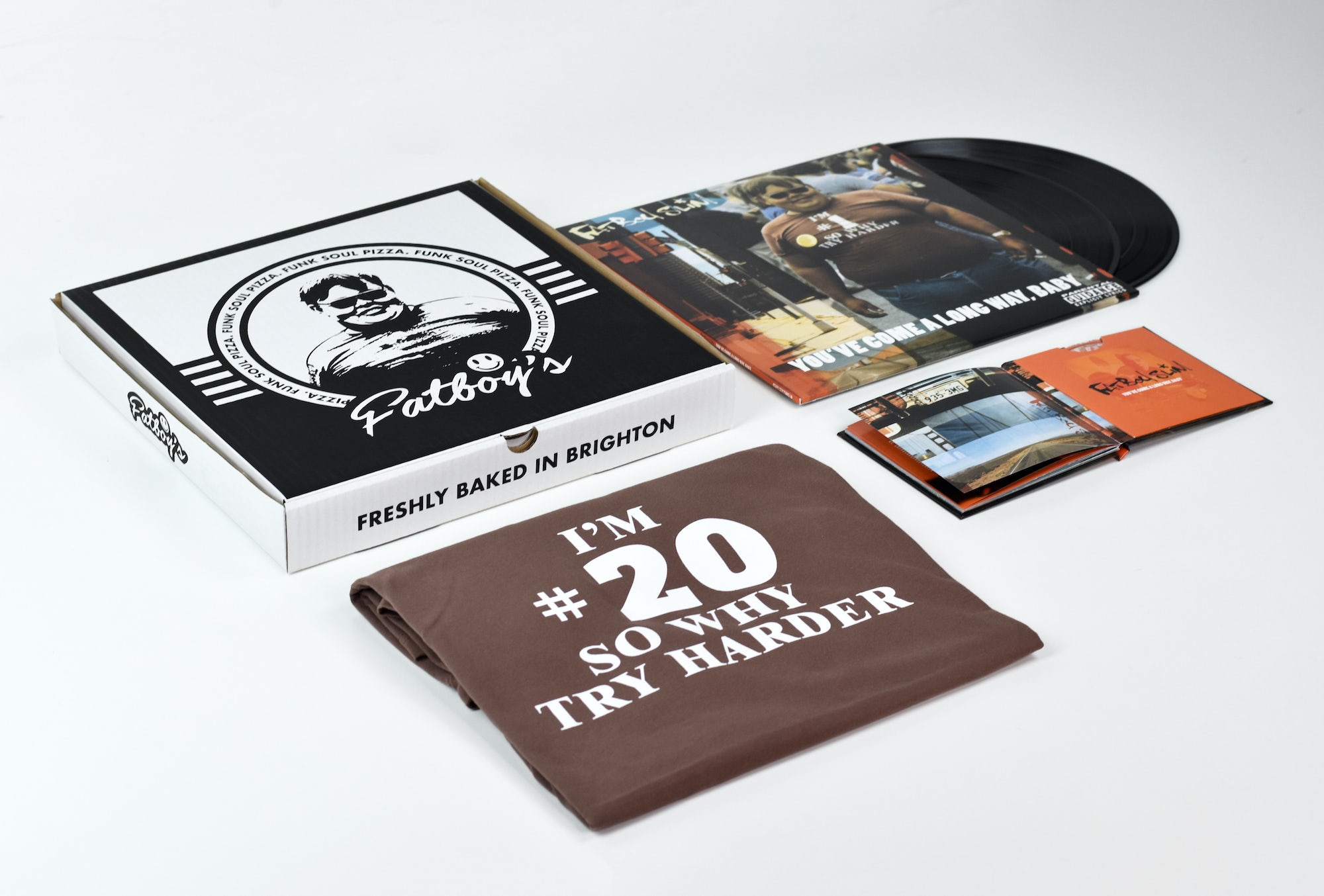 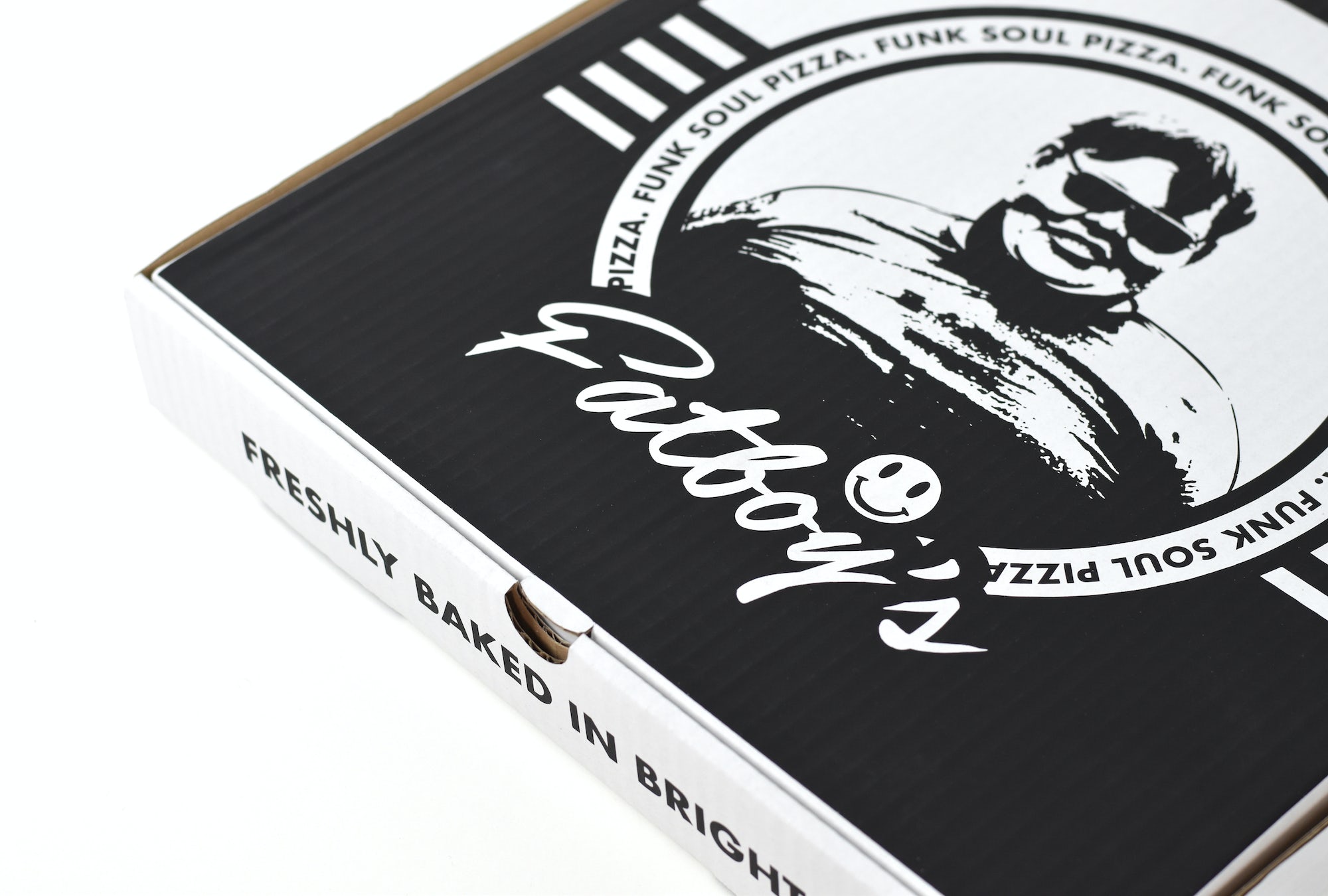 “We purposely wanted it to look like something you’d get from your local takeaway and there had to be some nods to Norm – eg the Freshly Baked In Brighton, Funk Soul Pizza bits. We went through a few designs, some using a picture of Norm on the front but we eventually settled on going back to using the fat boy (it made more sense and was funnier!).

“Creating something that works as a single colour screen print was the challenge – therefore all imagery and graphics used had to be drawn and composed accordingly.”

The box set features a vinyl and CD version of the album as well as a specially designed T-shirt, which also references the original sleeve. “We thought it’d be funny to include a T-shirt switching it up from ‘I’m #1 So Why Try Harder’ to ‘I’m #20 So Why Try Harder’ to tie in with the 20th anniversary,” says Dawson, “but it had to be in authentic fat boy XXL size.”