On the day that Fire and Fury becomes available in UK bookshops, Michael Wolff’s account of the first 100 days of Donald Trump’s presidency leads little introduction. Extracts have appeared in the Guardian and New York magazine; Wolff has been interviewed on numerous TV shows; while the book’s cover has been widely shared in commentary across social media. 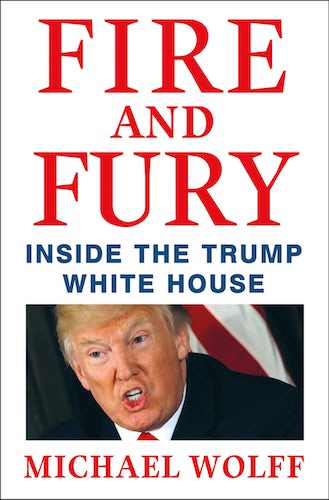 Yet the reaction to the design of Wolff’s book has been decidedly hostile, the cover widely ridiculed and regarded as a missed opportunity. Fast Co. Design called it “hilariously bad” in a critique of its strange choice of fonts, “oddly patriotic” colour palette and Image-Search-results photo of Trump wedged between the subtitle and author’s name.