Investigative journalist and poet Dennis J Bernstein and designer and author Warren Lehrer first started working together on a book of poems back in 1979. The book, originally titled Stretch Marks, was never finished.

Instead, the duo began writing their first play together, and have since collaborated on three more books, including their best known tome French Fries. 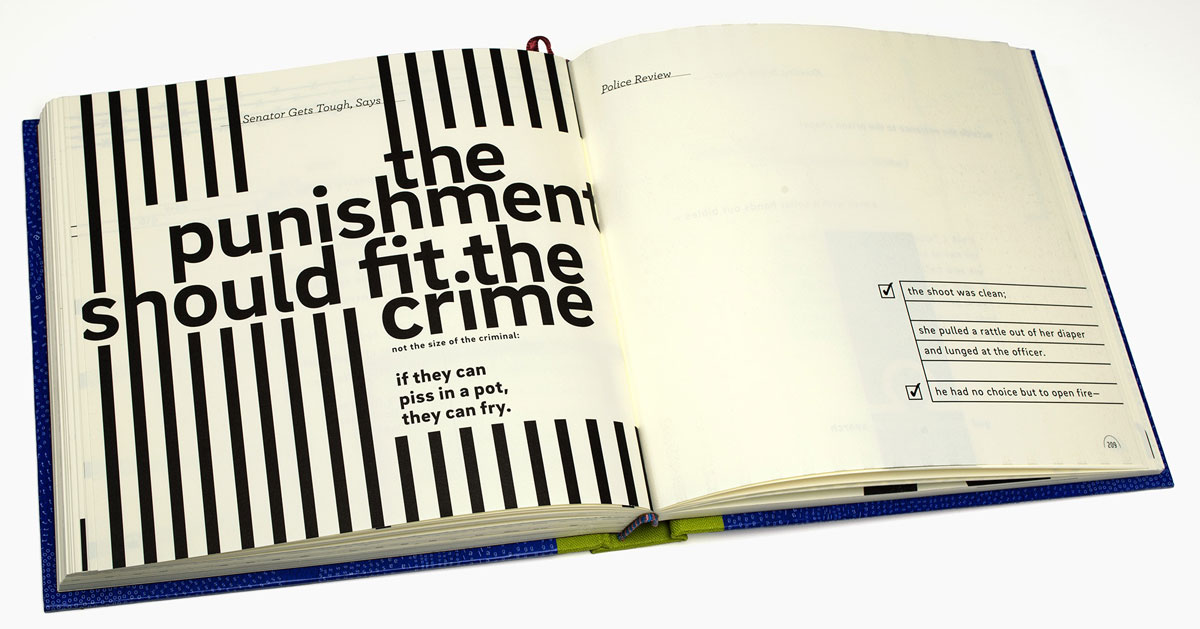 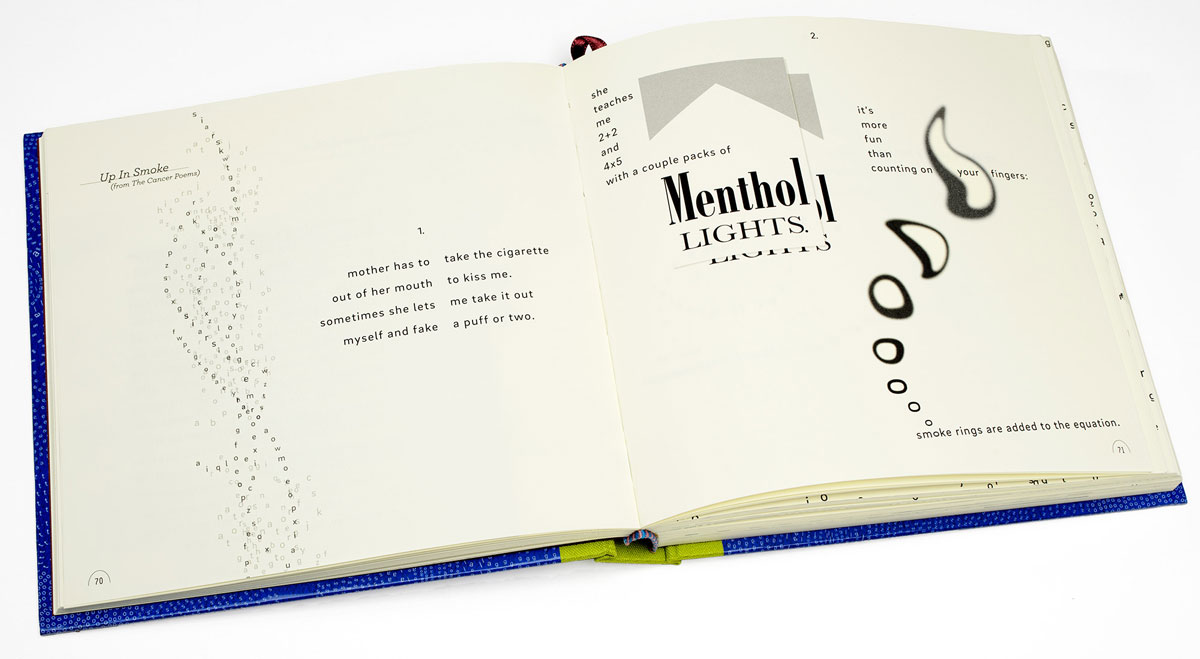 Four decades on from their original collaboration, they are back with a new book that renews their shared love of visual poetry. Written by Bernstein and visualised by Lehrer, Five Oceans in a Teaspoon looks to reflect the struggles faced by people every single day.

Divided into eight chapters, the book essentially spans a whole lifetime. From growing up confused by dyslexia and a parental gambling addiction, to witnessing everything from love and loss to war and peace as an adult.

Curated by Lehrer from Bernstein’s thousands of poems, the selected works have been artfully arranged into typographic compositions that bring home the emotional and metaphorical impact of their words.

A poem about smoking causing cancer, for example, transforms individual letters into puffs of smoke, while another about living with dyslexia sees words disorientatingly jumbled up on the page.

Lehrer has made an accompanying series of animations that bring the visual poems to life, while he and Bernstein will be doing live readings of the book as part of an exhibition at City Lore Gallery in New York, which runs from September 19 – October 19.

The duo hope the reader will take away the message that design critic Steven Heller shares in his introduction to the book, namely that it “speaks to the madness, vulnerability, aspiration and language of our time.” 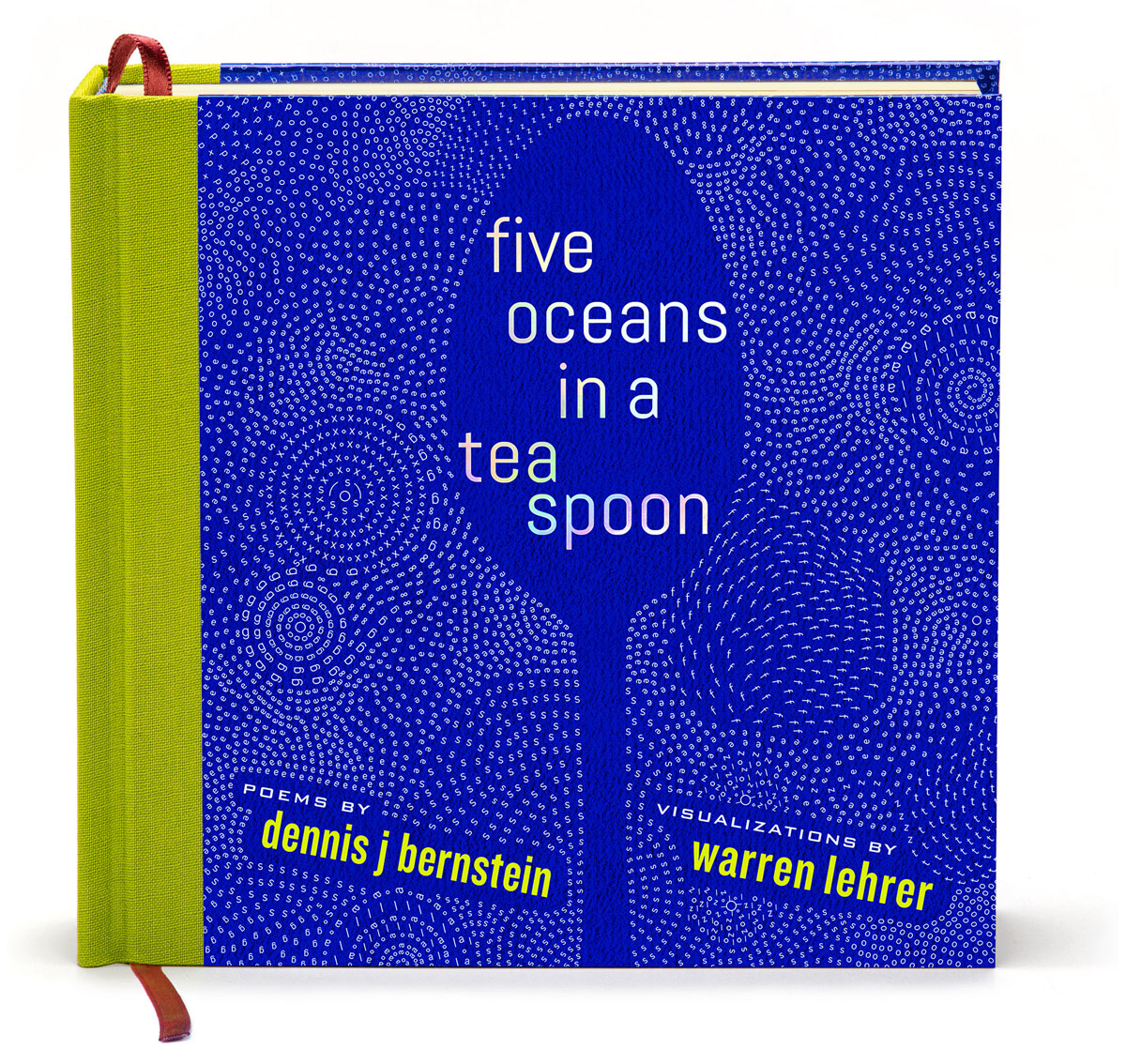 Five Oceans in a Teaspoon is out September 19 and is published by Paper Crown Press; fiveoceansinateaspoon.com

How Hornbach’s playful take on DIY made tools cool again

Why Ikea decided to let kids design its soft toys

Does Gucci’s scrawled logo spell the end of fashion’s blandification?