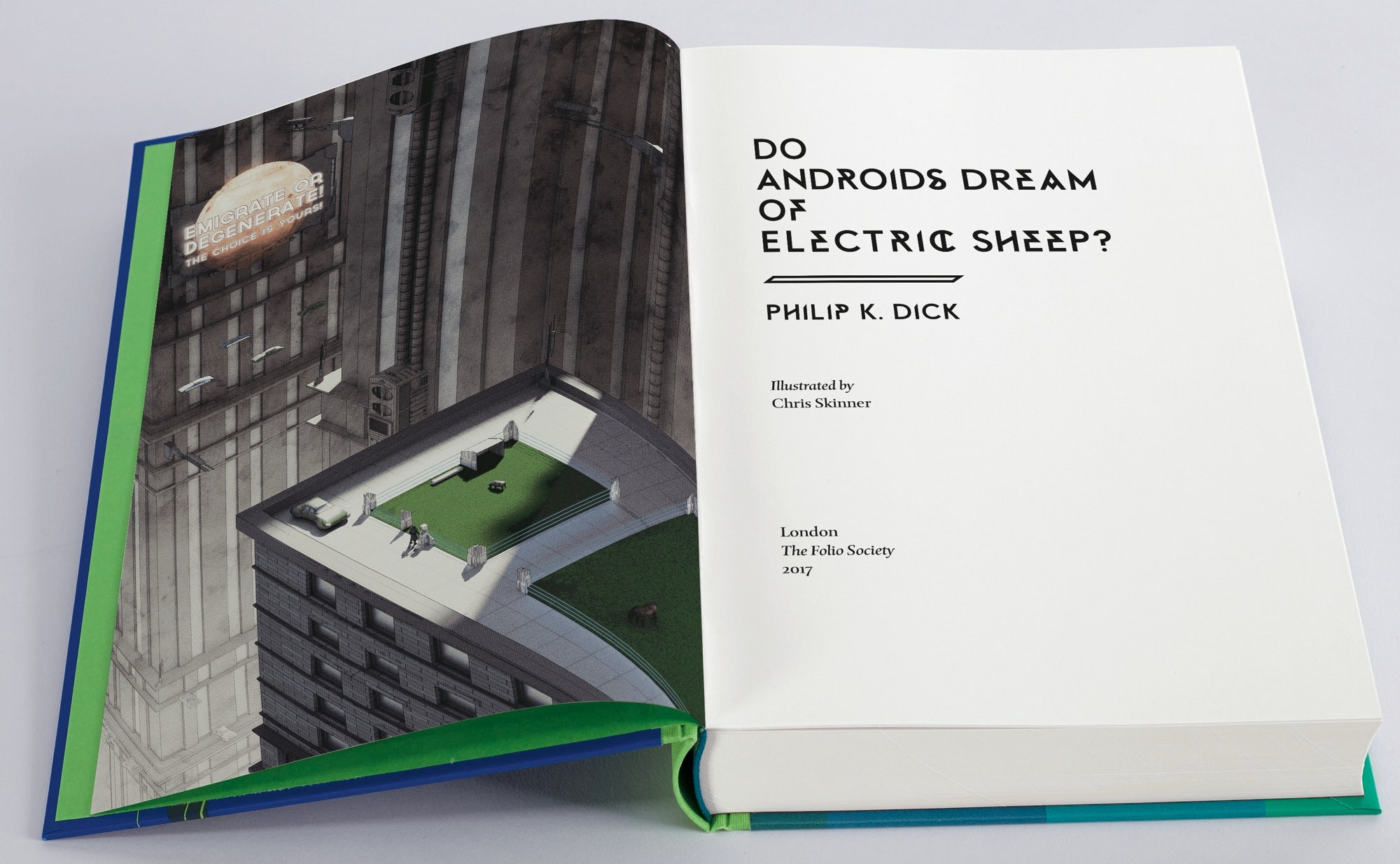 As an author and one of the most revered writers of science-fiction, Dick’s work has always had a rich existence beyond the printed page. A list of filmed adaptations of his novels and short stories, for example, runs to several entries.

It includes Blade Runner (based on Do Androids Dream of Electric Sheep?) and Total Recall (based on We Can Remember It For You Wholesale), while Minority Report, Paycheck and A Scanner Darkly have also all been adapted for the big screen (and kept their original titles).

More recently, The Man in the High Castle, based on Dick’s novel of 1962 become a hit TV series for Amazon Studios in 2015, while this year has seen Channel 4’s Electric Dreams series of adaptations (currently airing) and a Blade Runner 2049 sequel set for release in October (the original Blade Runner film was released shortly after Dick’s death in 1982).

According to The Folio Society, in homage to Dick’s writing the new illustrated double edition of two of his most famous stories is bound in “the ‘tête-bêche’ binding style popular with early pulp publishers”. As you’d expect, with all the care and attention put into a Folio release, the price of the collection (£75) doesn’t quite remain in the world of the pulp novel, but its a unique object that cleverly honours two of Dick’s most distinctive worlds.

The Folio Society edition of Philip K. Dick’s Do Androids Dream of Electric Sheep? and A Scanner Darkly illustrated by Chris Skinner and Andrew Archer is available from foliosociety.com/PKD. The 488-page, slipcased edition comes bound in blocked cloth with paper sides printed and screen printed; there are 12 full-page colour integrated illustrations and one double-page-spread colour illustration by both artists